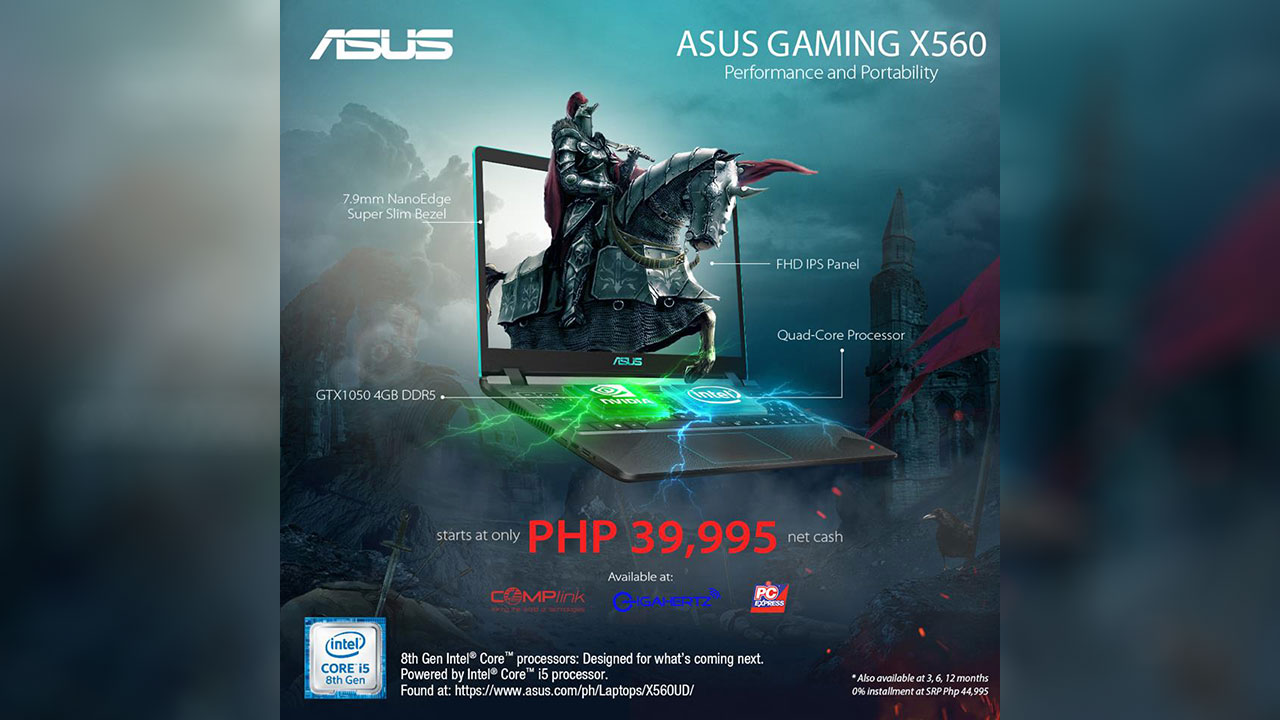 ASUS Releases X560 Budget Gaming Laptop in the Philipines, Priced at Only Php39,995

ASUS has just released its X560 budget gaming laptop in the Philippines, according to an announcement by the company. The new affordable gaming laptop is being targeted at students and casual gamers on a tight budget.

While some of the features, such as the initial RAM and storage, might be a bit lacking for some games, the starting price of the X560 makes it easier to upgrade to accommodate more demanding games and programs.

The ASUS X560 laptop is now available nationwide via Complink, Gigahertz, PC Express, and Silicon Valley for an SRP of PHP 39.995.00. The laptop is also available at a 12-month installment plan with 0% interest at a base price of PHP 44,995.00.