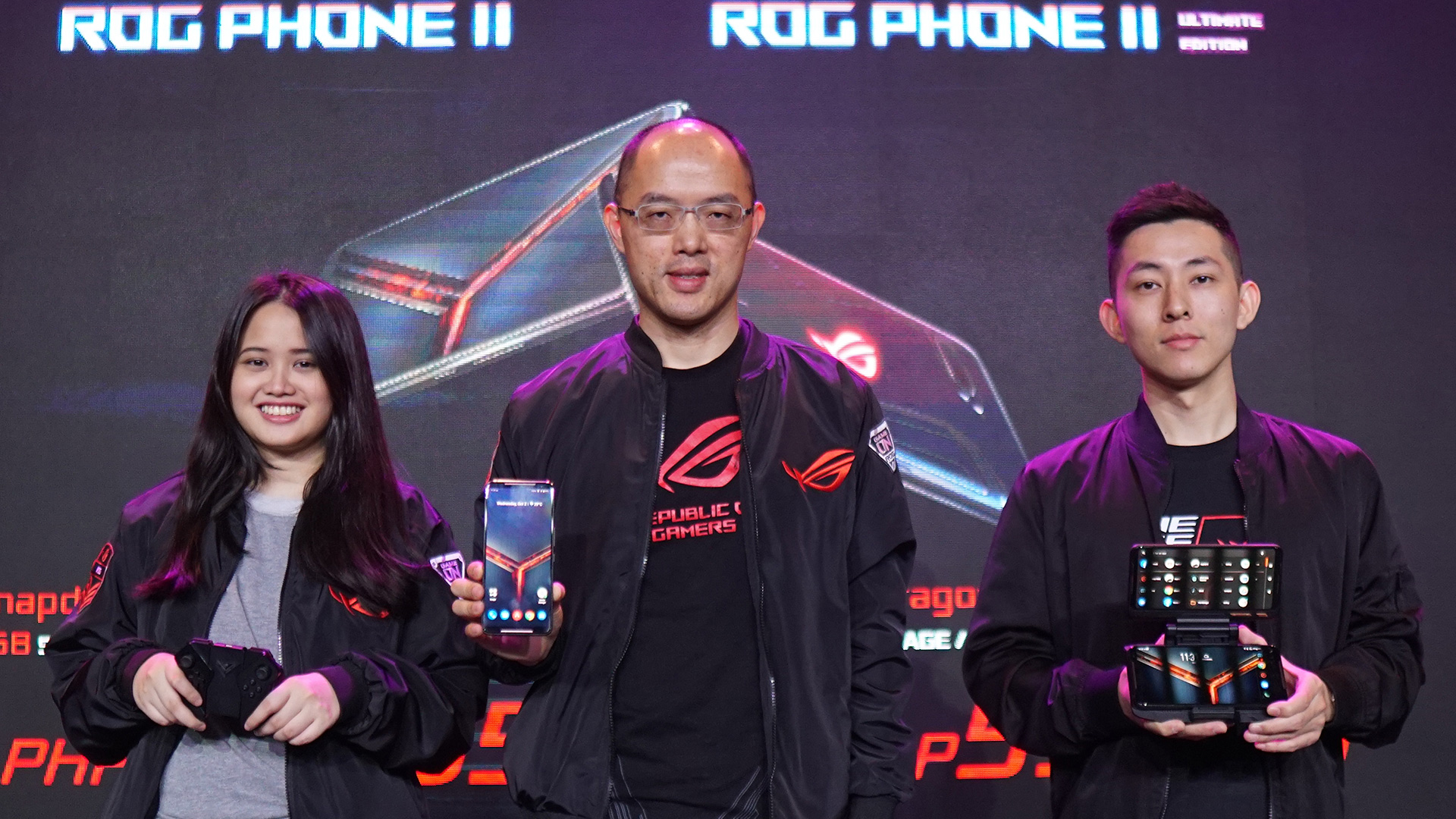 ASUS ROG (Republic of Gamers) has officially launched the ROG Phone 2 in the Philippines. The second-generation gaming phone from the Taiwanese tech company features a slew of upgrades from its predecessor to give users an even better gaming experience than before.

First off, the company has increased the size of the display on the ROG Phone 2 from 6 inches to 6.59 inches and now features a faster 120Hz, 1ms 1080p 10-bit HDR AMOLED panel that’s protected by Corning Gorilla Glass 6. The larger display means the phone is now slightly larger at 170.99 x 77.6 x 9.48 mm. The ROG Phone 2’s larger 6000mAh battery, which also contributed to the device now being thicker, means it’s now heavier at 240 grams. The larger batter can also now be charged with the new ROG HyperCharge 30W adapter for faster charging times. 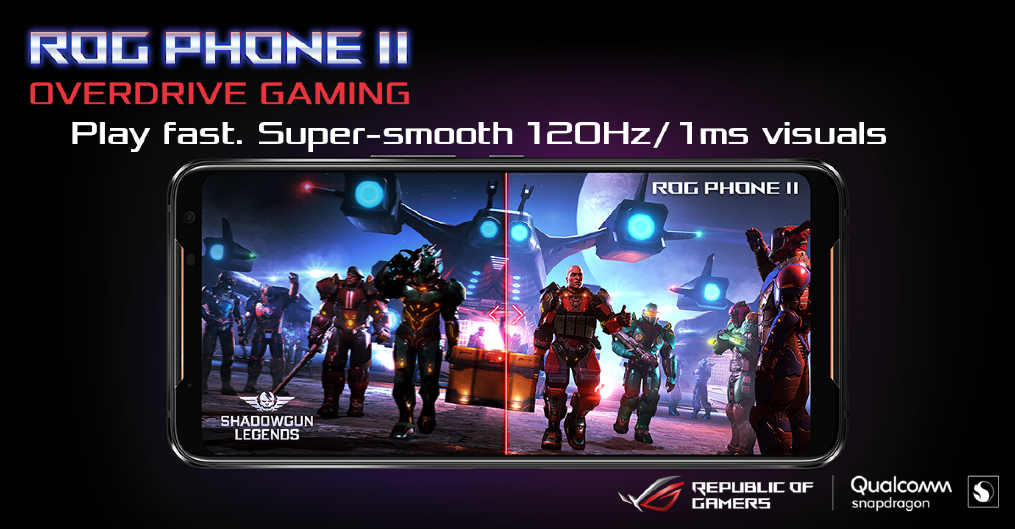 The ROG Phone 2 features most of the same design as its predecessor, although the rear-mounted fingerprint scanner is now gone and has been a replaced with one under the phone’s display. The rear of the phone looks slightly different from the original but still features the same RGB ROG logo. To compliment the light-up ROG logo, the lines on the rear of the phone now shine and change color when hit by light. The ROG Phone 2 also features improved AirTrigger II sensors and a new Dual Surrounding Vibration technology for better 3D force-feedback. 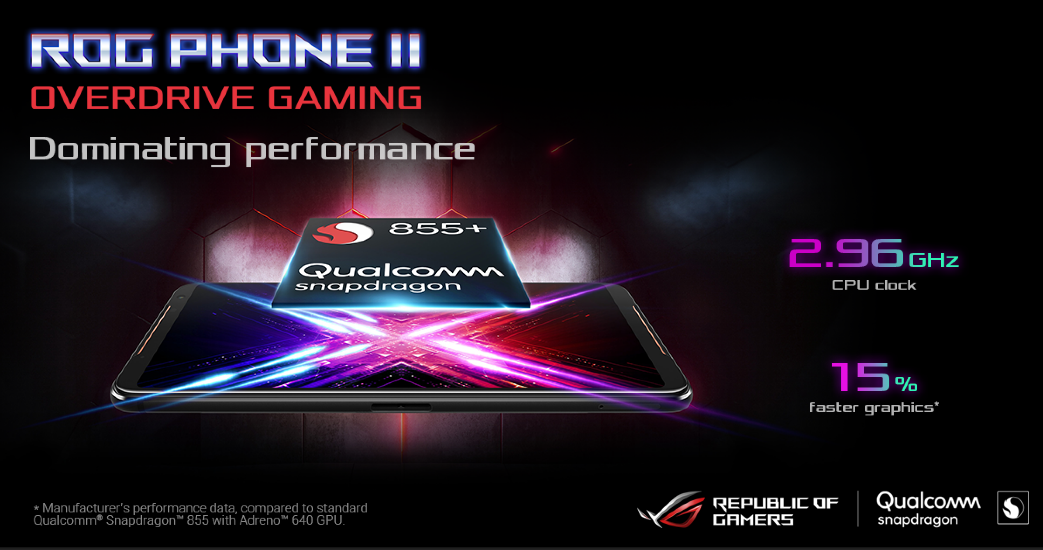 On the inside, the ROG Phone 2 is powered by the new Qualcomm Snapdragon 855 Plus CPU clocked at 2.96GHz and is coupled with an Adreno 640 GPU. It also comes with more RAM at 12GB and up to 1TB of storage. To keep the new device cooled, the ROG Phone 2 features an improved GameCool II cooling system, which features a new 3D vapor chamber. To further cool the device, the ROG Phone 2 comes with the new AeroActive Cooler II, which is not only more efficient but also quieter with a rated noise level of only 24dBA. 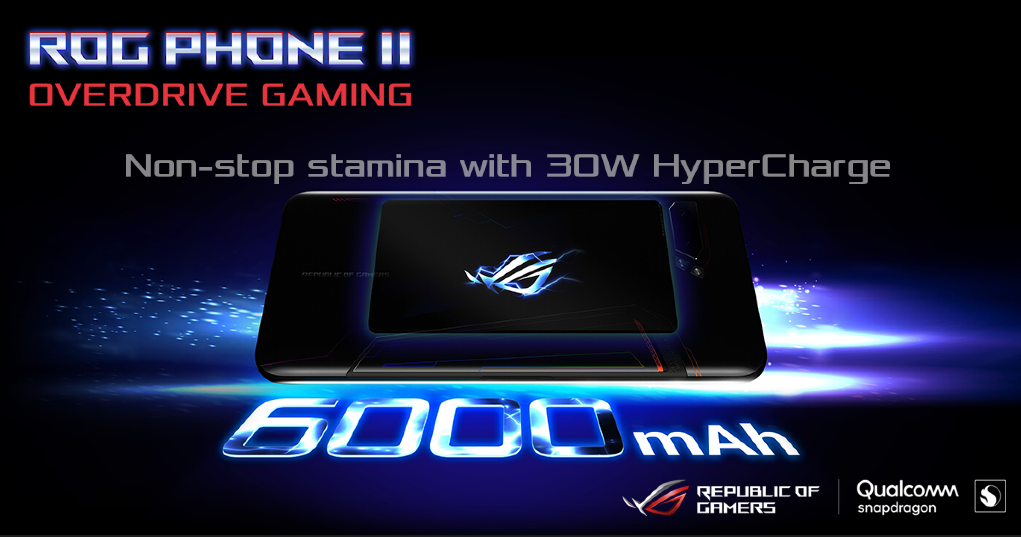 Despite primarily being a gaming phone, the ROG Phone 2 still features some pretty impressive cameras. It’s equipped with a 48-megapixel + 13-megapixel dual rear camera system as well as a 24-megapixel front-facing camera.

Connectivity-wise, the ROG Phone 2 still features the same bottom and side USB Type-C ports as the original as well as 802.11ax Wi-Fi and Bluetooth 5.0.

Like the original, the ROG Phone 2 is compatible with a slew of new accessories including a new Lighting Armor Case, the ROG Kunai Gamepad, the new Twin View Dock II, the revised Mobile Desktop Dock, ASUS WiGig Display Dock, and more.