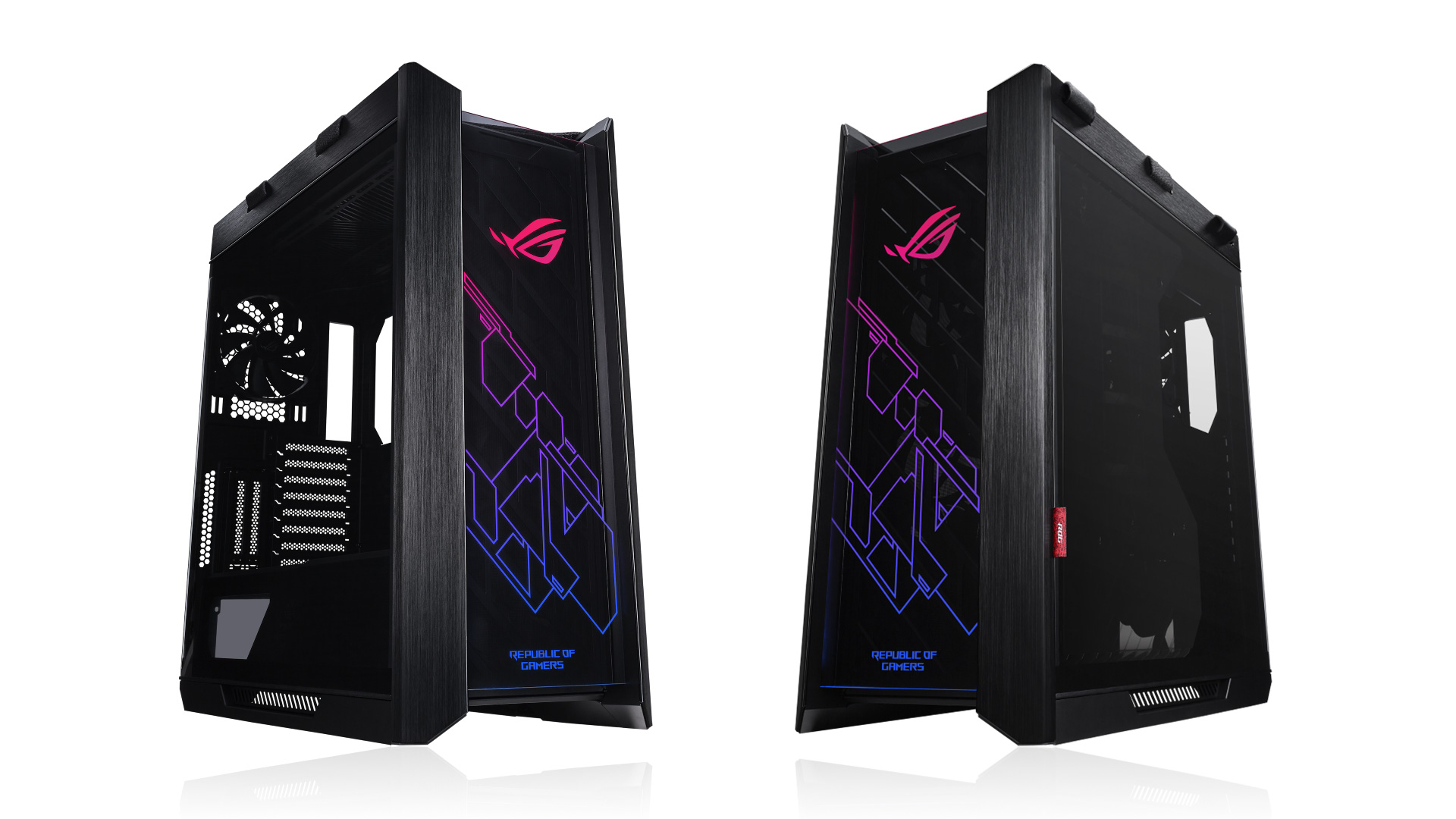 ASUS ROG (Republic of Gamers) has officially launched its first gaming PC case, the ROG Strix Helios. The new mid-tower chassis features premium materials and a purposeful design that offers users an easy and extensive way to build their rig.

The ROG Strix Helios is composed of a brushed-aluminum frame that’s coupled with three 4mm smoked tempered glass panels. The glass panels can be easily unlocked using the buttons at the rear of the case. The panels are bottom-hinged, which allows them to swing down and lock at an angle until completely removed. The front of the case also comes with integrated Aura RGB lighting, equipped with individually addressable LEDs.

The ROG Strix Helios is a pretty large and robust case that measures 250 x 565 x 591mm and weighs 18kg without any components. It can support not only up to an EATX motherboard but also a wide array of water-cooling setups, with room for up to a 420mm front and 360mm top radiators as well as a water-cooling pump and reservoir. The case also comes equipped with removable dust filters on the top, front, and underside. 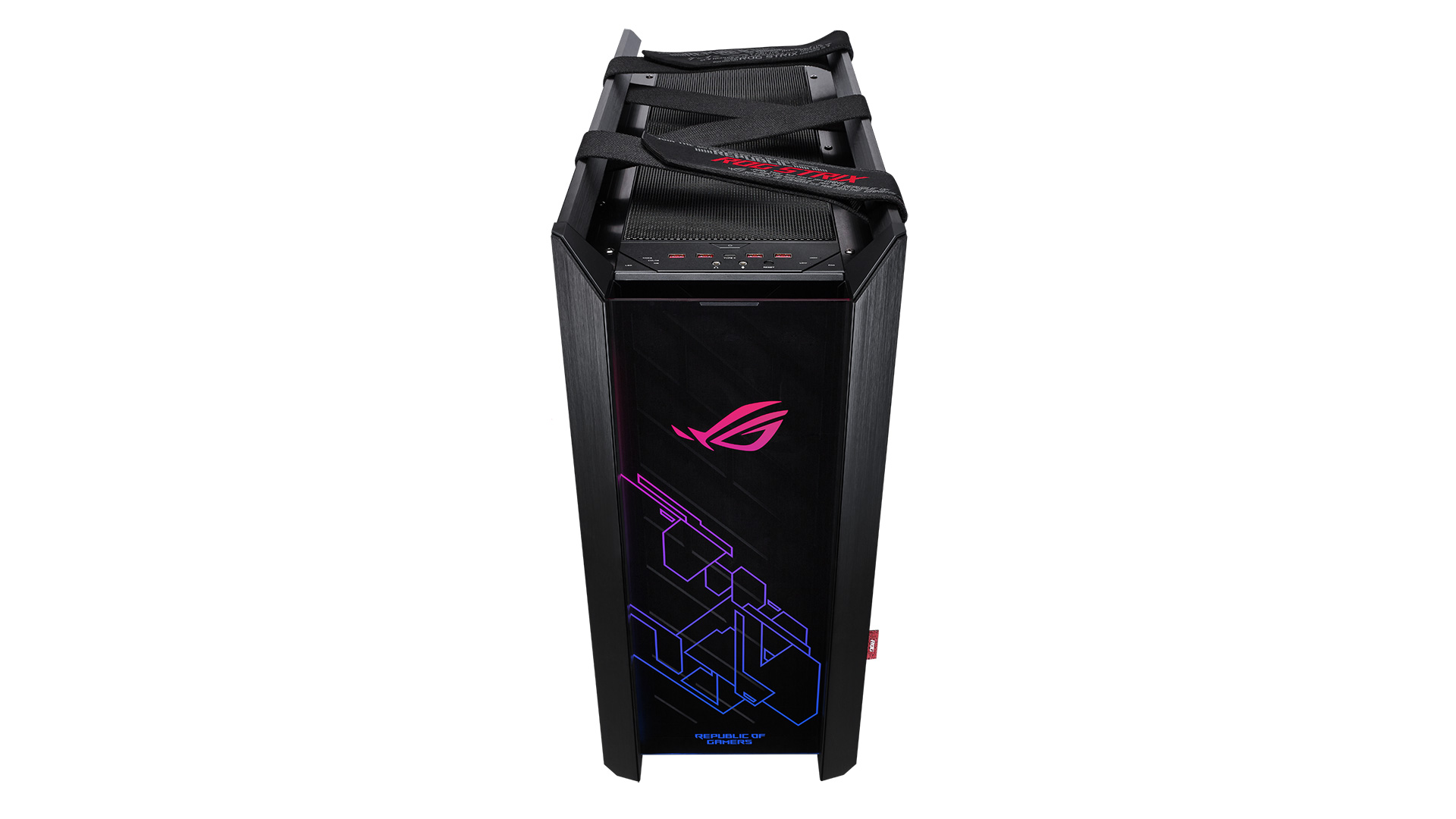 The top of the case is equipped with nylon handles that are rated to support up to 50kg to make transporting the case easier. There’s also an extensive top I/O panel equipped with four USB 3.1 Gen 1 ports, one USB 3.1 Gen 2 Type-C port, headphone and mic jacks, power and reset buttons, as well as controls for the case LEDs and fans.

On the inside, the ROG Strix Helios comes with an adjustable multifunction cover equipped with GPU braces that not only provide support for graphics cards but also help hide cabling. An SSD or ROG Aura Terminal can also be mounted on the cover for display. There’s also a two-piece PSU shroud that comes with a cutout for OLED-equipped PSUs as well as a translucent rear cover to help conceal cable management while letting RGB lighting shine through.

The case also comes with removable fan/radiator brackets for easy installation as well as bundled brackets that will allow users to mount their video cards vertically (although users will still need to purchase riser cables).

The ASUS ROG Strix Helios gaming PC case is already available for an SRP of PHP 16,800.