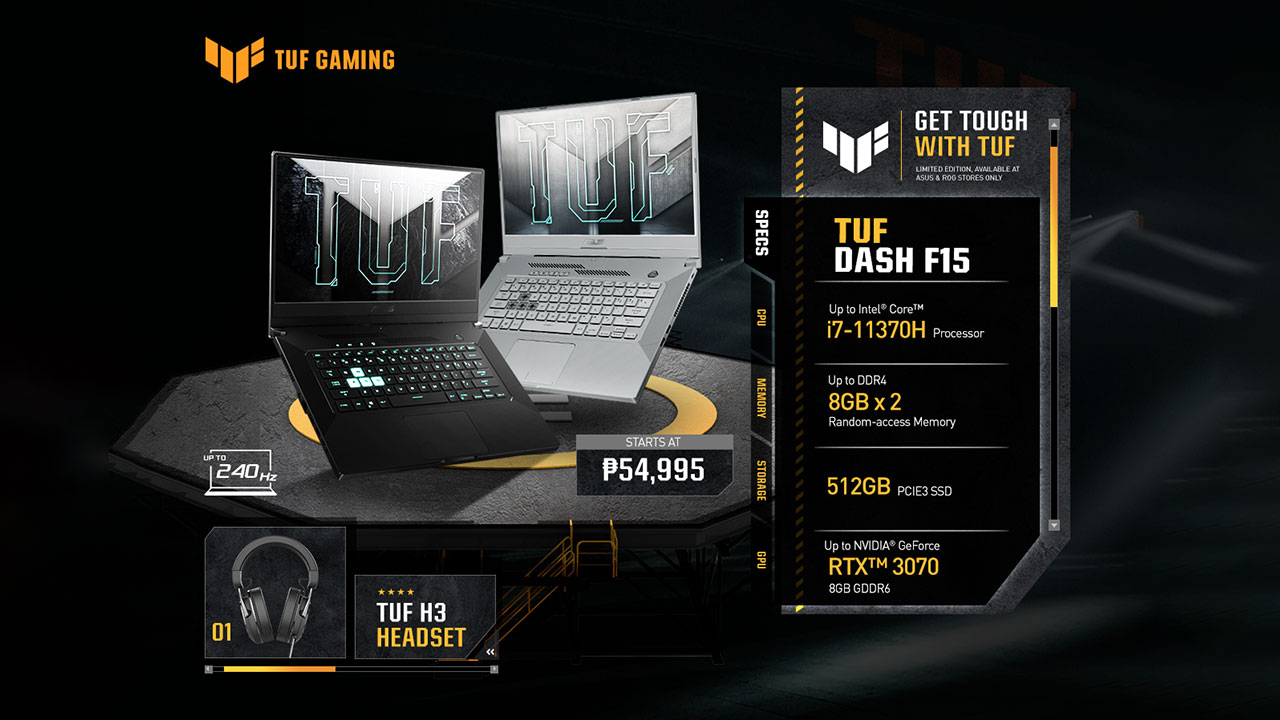 ASUS has announced a new promo for its new TUF Dash F15 series of gaming laptops. Starting October 14, those who purchase select models of the TUF Dash F15 from ASUS and ROG concept stores will get either a TUF Gaming H3 wired headset or H3 Wireless headset for free.

As for the TUF Gaming H3 headsets, both features 7.1 surround sound, a lightweight design, and an analog microphone. The wireless version also features a 2.4 GHz wireless connection via an included USB-C dongle and a battery life of up to 15 hours.

As previously mentioned, the promo is only available at authorized ASUS and ROG Concept stores. A full list of participating stores can be found at: https://www.asus.com/ph/content/Where-To-Buy-Laptops-and-Desktops/

As for the participating models of the TUF Dash F15, here’s a full list: