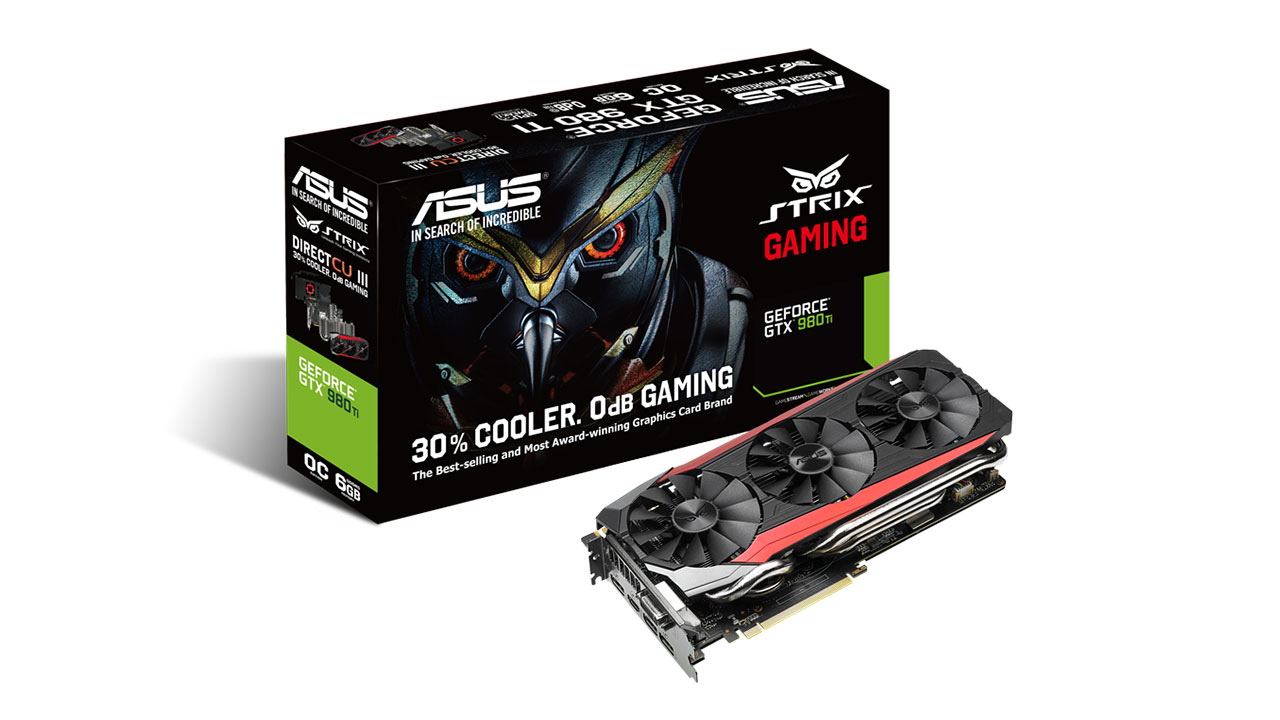 ASUS has added a new entry into the company’s Strix series of products with the announcement of the Strix GTX 980 Ti graphics card.

The Strix GTX 980 Ti features NVIDIA’s latest GTX 980 Ti GPU that is overclocked by ASUS to a boost clock speed of 1291MHz in gaming mode and 1317MHz in OC mode. The GTX 980 Ti GPU is coupled with the company’s DirectCU III cooler which utilizes a triple-fan system with wing-blade fans as well as two 10mm direct-GPU-contact heat pipes. The Strix GTX 980 Ti’s cooling system also features the company’s 0dB fan technology which turns off the fan when the card’s temperature is below a certain threshold for completely silent gaming.

The Strix GTX980 Ti also features ASUS’s Super Alloy Power II components that not only increase efficiency and reduce power loss but also lower thermal dynamics and decrease buzzing under load. It also features a 12+2-phase power design which is supposedly superior to the 8+2-phase power designs of reference cards. ASUS also used its Auto-Extreme technology in the manufacturing of the Strix GTX 980 Ti which is a completely automated manufacturing process which increases production consistency by removing human fallibility.

The ASUS Strix GTX 980 Ti should start showing up on local store shelves sometime in August 2015 for an SRP of Php40,230. Will you be selling off your current video card to get your hands on this new card?