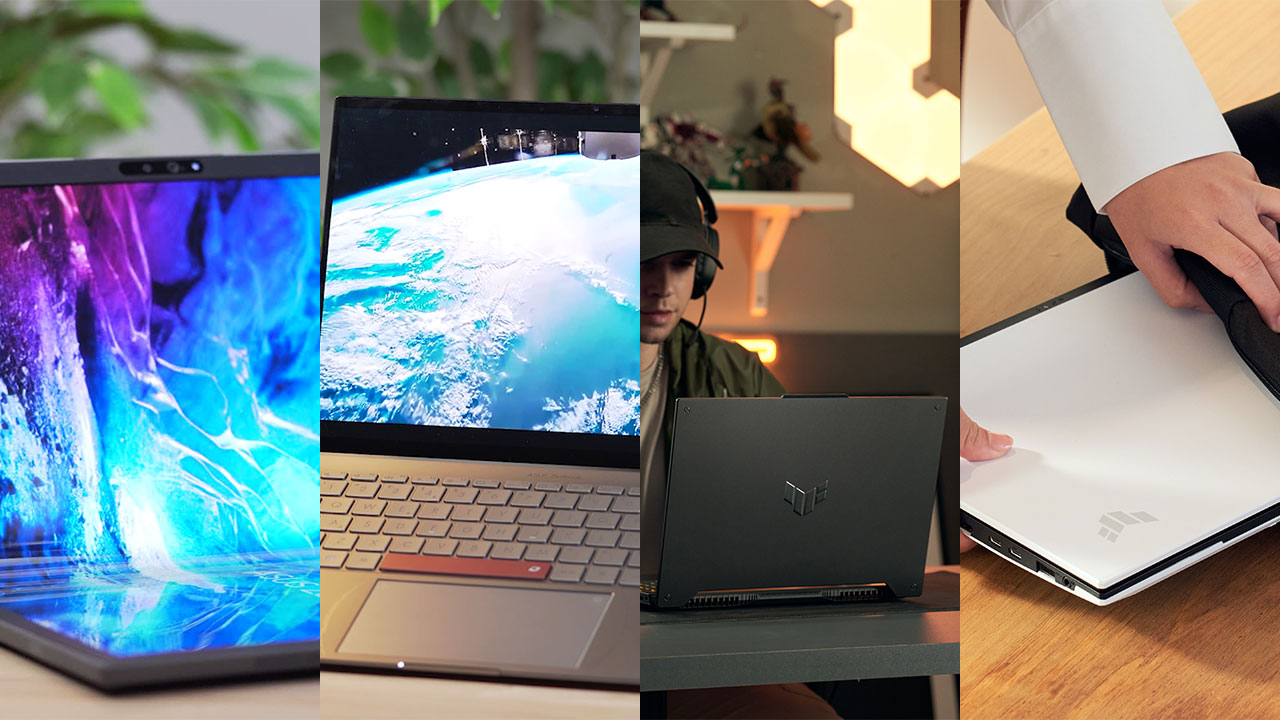 ASUS has unveiled its new lineup of Zenbook and TUF Gaming laptops at CES 2022. The new roster of laptops include brand new models such as the Zenbook 17 Fold OLED, special editions like the Zenbook 14X OLED Space Edition, and refreshed models including the TUF Gaming Dash F15. 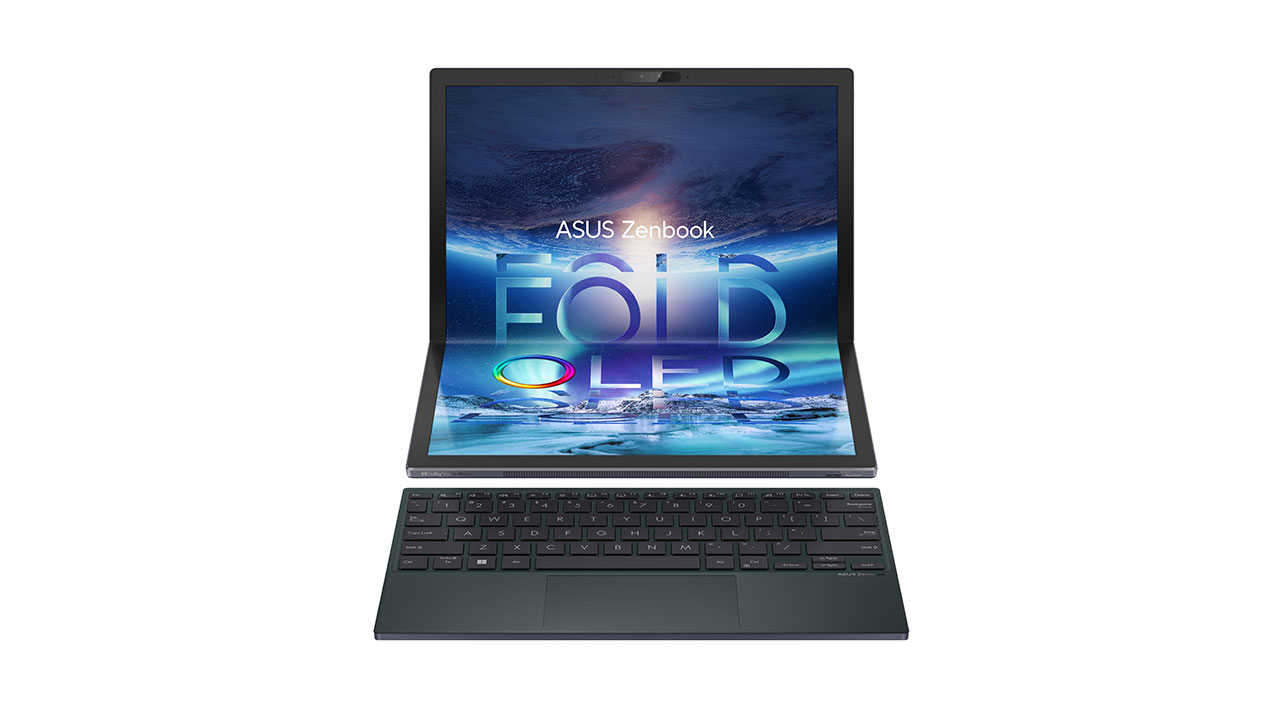 Leading the new lineup of mainstream laptops from ASUS is the Zenbook 17 Fold OLED, the world’s first 17.3-inch foldable OLED laptop. The Zenbook 17 Fold OLED features a massive 17.3-inch 4:3 2.5K resolution touchscreen than can be folded in the middle to transform into two seamless 12.5-inch 3:2 Full HD displays. The innovative laptop can be used in a myriad of ways, either with or without its included ASUS ErgoSense Bluetooth keyboard and touchpad.

It can be folded out and propped up using its built-in kickstand to fully utilize its 17.3-inch display, folded slightly and used with either the Bluetooth or on-screen keyboard as a laptop, or as a tablet with one massive screen or two smaller seamlessly connected displays. The panel on the Zenbook 17 Fold OLED is Pantone validated, TÜV Rheinland certified, has a 100% DCI-P3 gamut, and supports Dolby Vision HDR. In spite of its design, the entire laptop weighs less than 1.7kg. 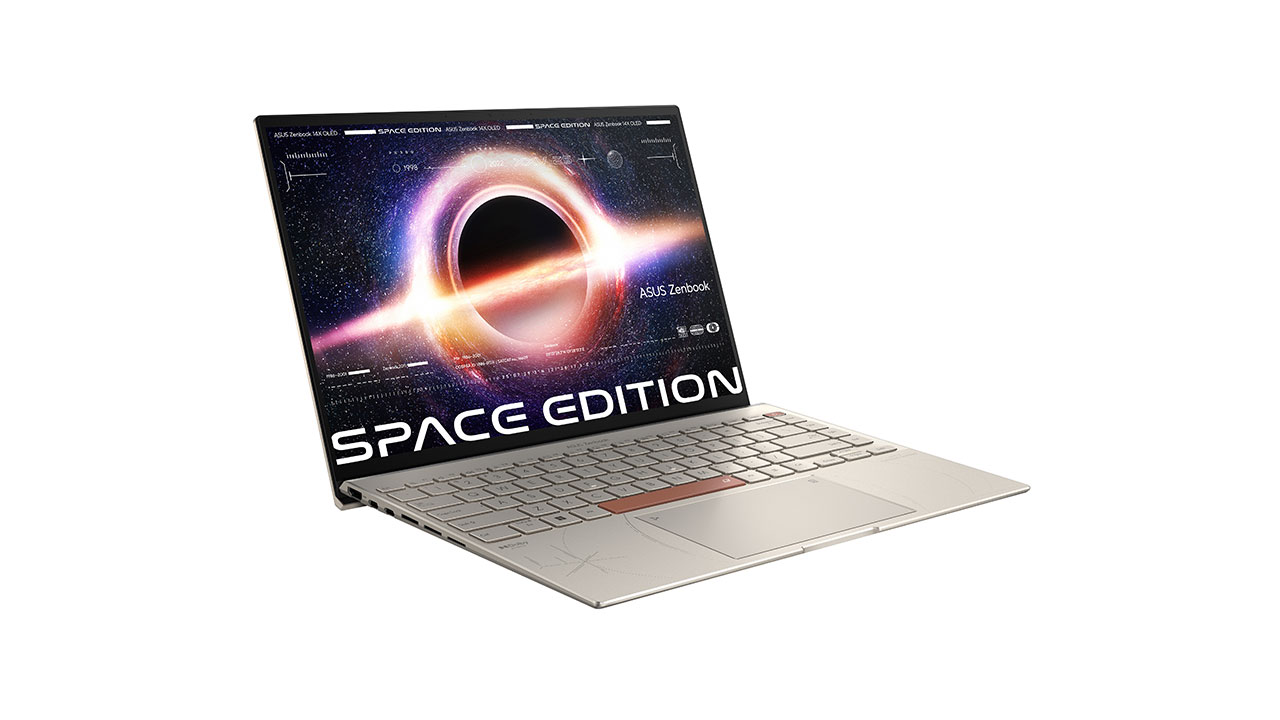 ASUS is celebrating the 25th anniversary of the ASUS P6300 laptop, the first to be sent into outer space, with the new Zenbook 14X OLED Space Edition. The new laptop features space-themed details on its lid and palm-rest and is finished in a Zero-G Titanium color. It’s also exclusively equipped with a 3.5-inch OLED companion display on its lid, which is capable of showing customizable messages, themes, and animations.

To pay homage to the incredibly tough ASUS P6300 that survived on the Mir space station for 600 days without defect, the Zenbook 14X OLED Space Edition complied with the US Space Systems Command Standard SMC-S-016A testing protocols, making it capable of withstanding both extreme vibration as well as extreme climates. The Space Edition is capable of functioning in conditions of down to -24°C and up to 61°C.

The Space Edition is equipped with a 14-inch 16:10 2.8K resolution OLED touchscreen display with a refresh rate of 90HZ, Pantone validation, DisplayHDR 500 and TÜV Rheinland certifications, and a 100% DCI-P3 color gamut. It’s can also be equipped with up to a 12th generation Intel Core i9 H-series processor, Intel Iris Xe graphics, 32GB of LPDDR5 RAM, 1TB of PCIe 4.0 M.2 NVMe SSD storage, and a 63Wh battery. 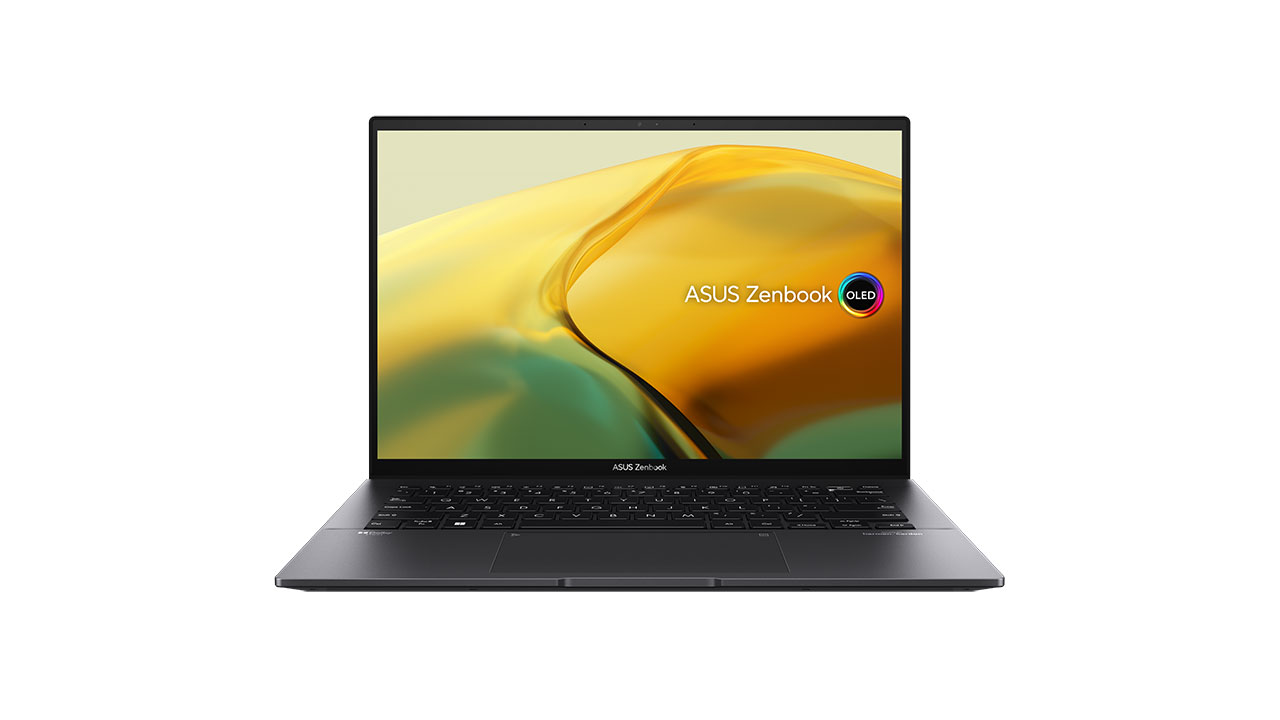 ASUS has also refreshed its other Zenbook models including the Zenbook 14 OLED, Zenbook Pro Duo 15 OLED, and Zenbook 14X OLED. The new Zenbook 14 OLED will be available with either a 12th Generation Intel Core i7 P-series or AMD Ryzen 5000 series processor as well as a refreshed design and new color options: Aqua Celadon, Ponder Blue, and Jade Black. 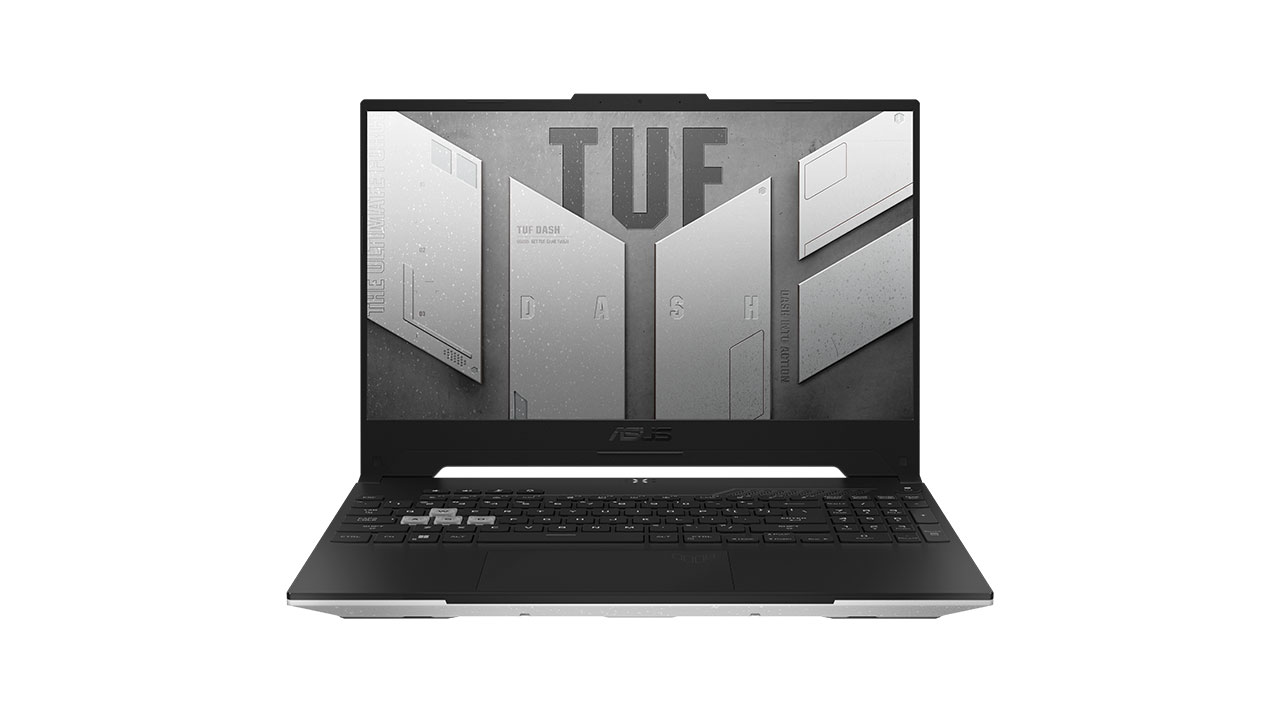 ASUS has refreshed the TUF Dash F15, which was originally launched last year, to now be powered by up to a 12th generation Intel Core i7-12650H processor, up to an NVIDIA GeForce RTX 3070 laptop GPU, 16GB of 4800MHz DDR5 RAM, up to 1TB of PCIe 3.0 SSD storage (with an extra M.2 PCIe 4.0 NVMe slot), and a 76Wh battery. The new TUF Dash F15, as well as all the other 2022 TUF Gaming laptop, has received a refreshed design while still maintaining its thin and light style, measuring only 2.08cm thick and weighing only 2 kilograms. 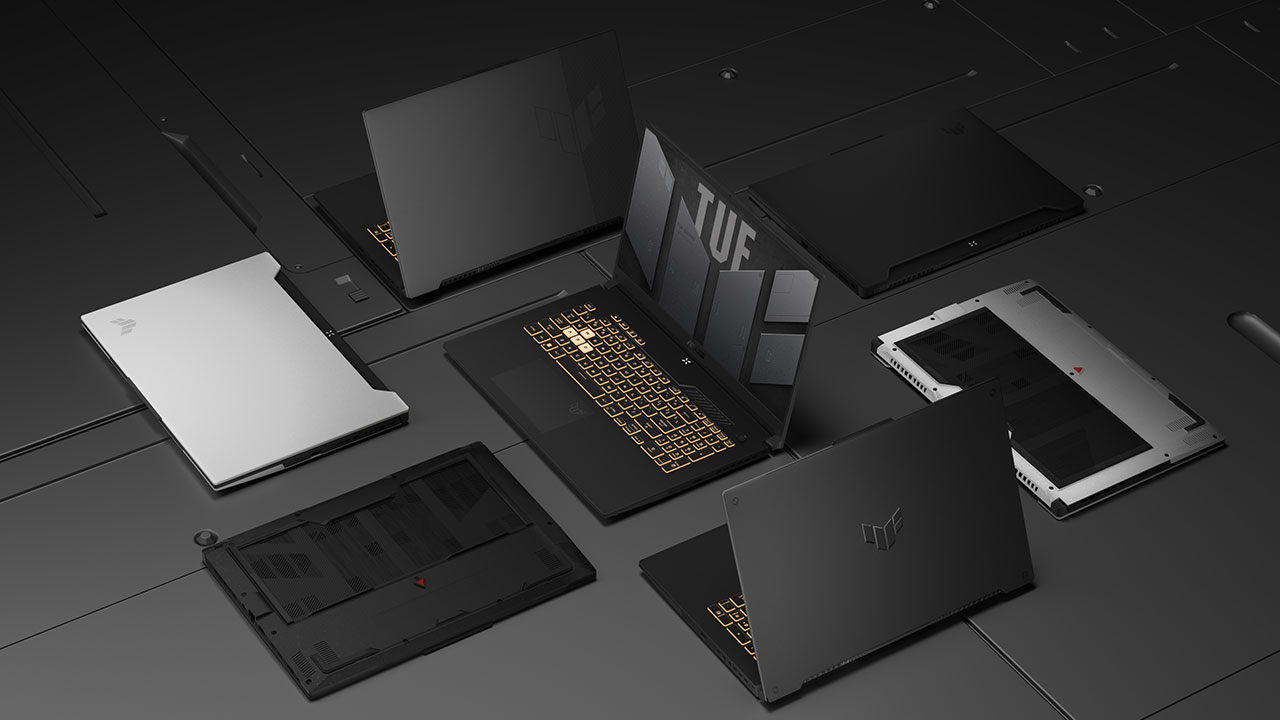 All of the new TUF Gaming laptops still follow the MIL-STD-810H specification and now feature a MUX switch for improved GPU performance. They all also come with either a Full HD 300Hz display or a QHD 165Hz panel.