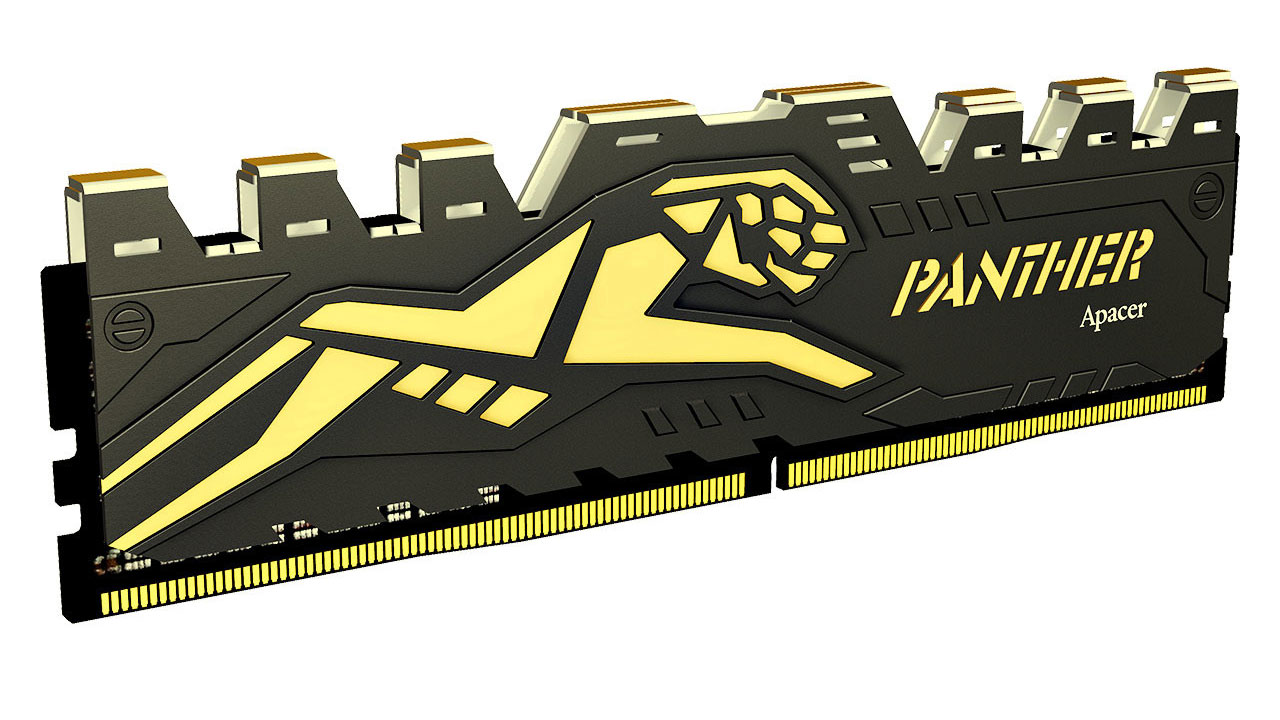 The Panther series feature a black and gold heat spreader emblazoned with a panther design as well as the Panther and Apacer logos.