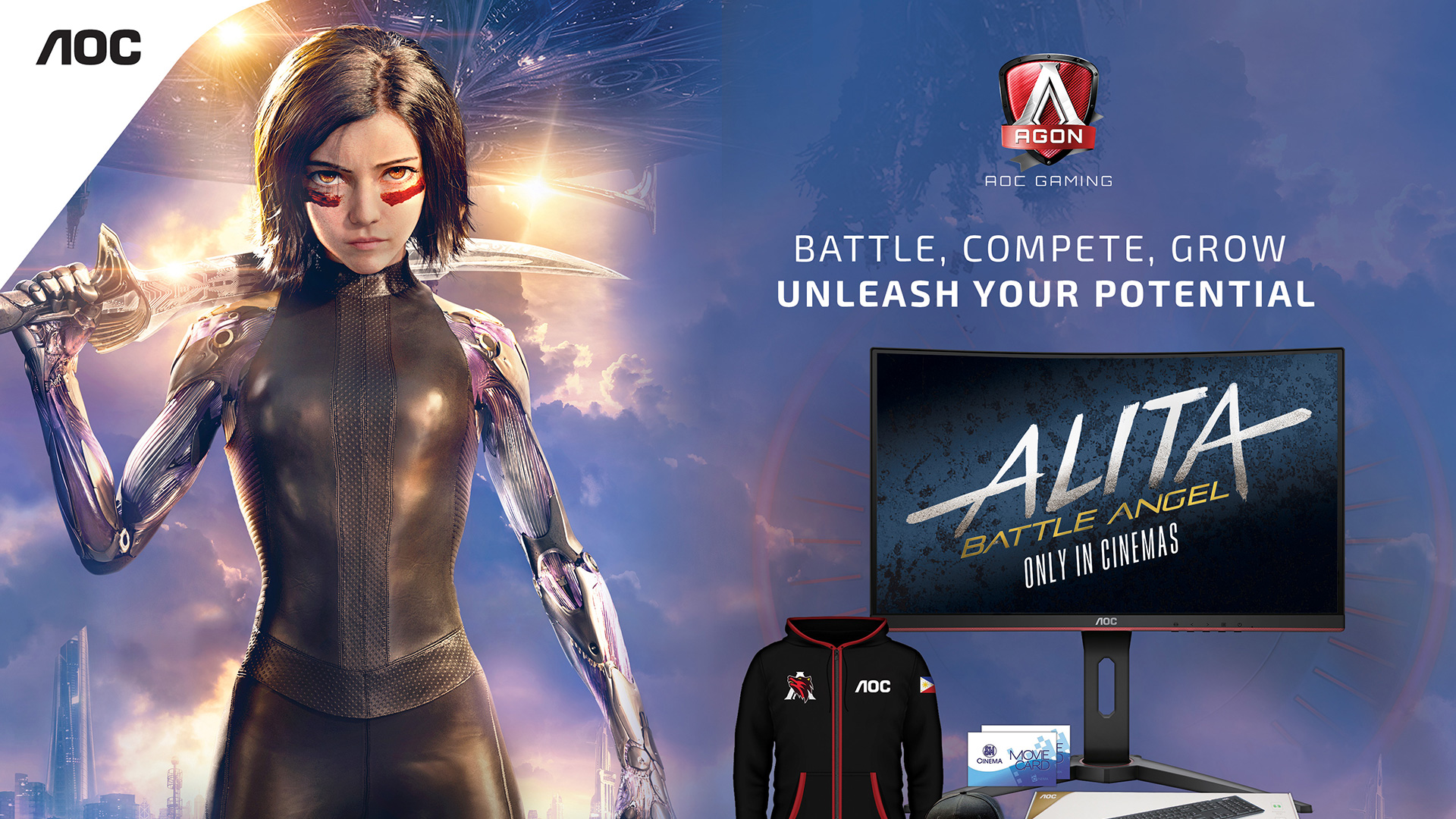 AOC, in partnership with 20th Century Fox, recently premiered Alita: Battle Angel, the latest film from award-winning producer and director James Cameron, based on the Japanese manga series Gunnm by Yukito Kishiro. Alongside the movie’s premiere, AOC has also launched its latest monitor promotion that will let buyers walk away with freebies, including SM Cinema Tickets, with every purchase of select AOC monitors from participating retailers between February 1 to 28, 2019.

Some of the monitor’s that are part of the promotion include the recently launched AOC C27G1 curved gaming monitor as well as the AOC G2590PX and G2790PX gaming monitors. All three monitors feature 144Hz panels and AMD Freesync or NVIDIA G-Sync compatibility. As for the freebies, they could include AOC Agon jackets, AOC wireless mice and keyboards, AOC Agon caps, and SM Cinema Tickets. More information on the included monitors, their respective freebies, and the participating retailers can be found in the image below: 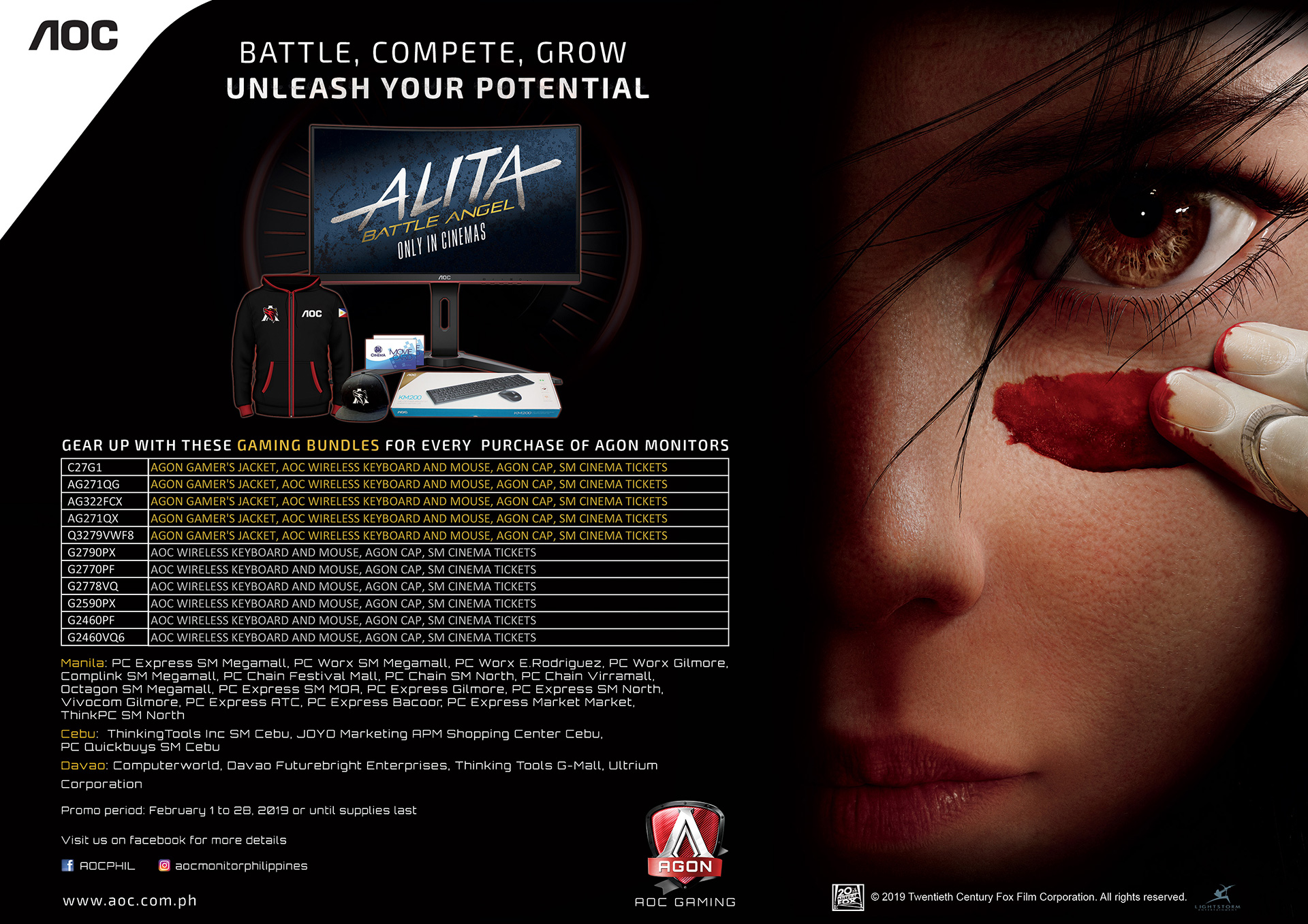 The AOC x Alita: Battle Angel monitor promotion will run from Februrary 1 to 281, 2019 or until supplies last.