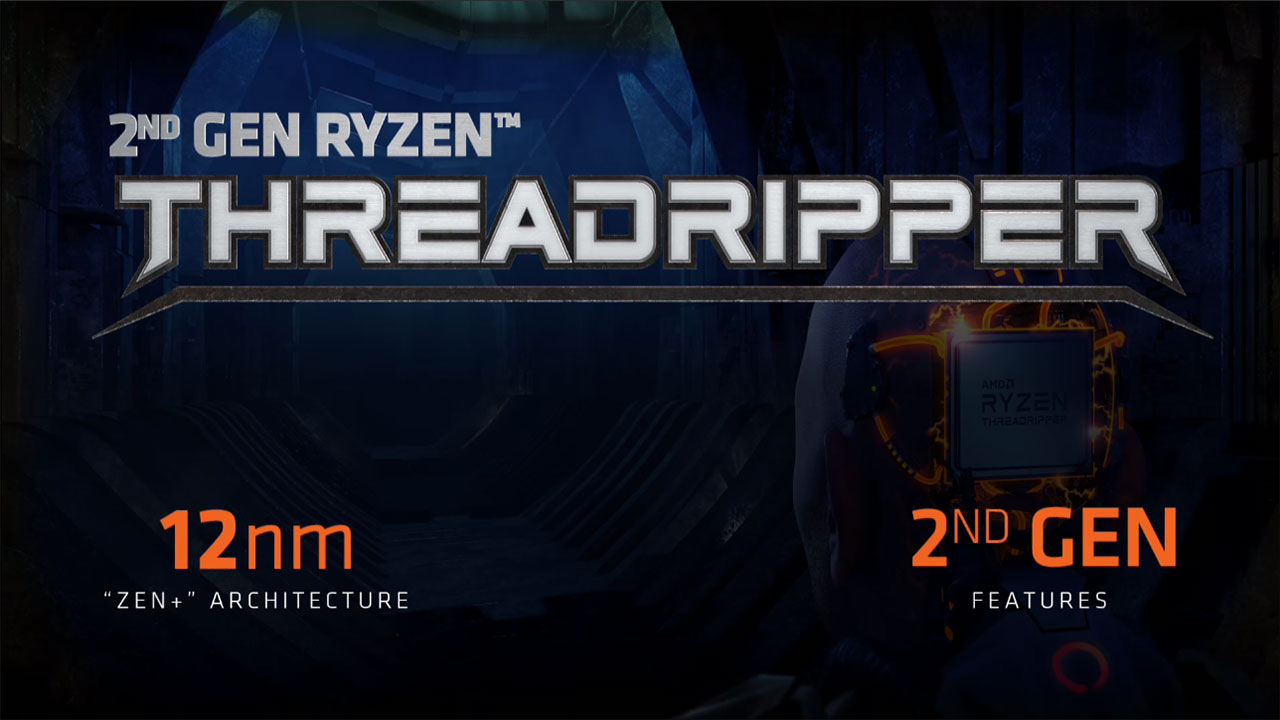 AMD showed off its highly-anticipated Ryzen Threadripper 2 CPUs at Computex 2018. The new processors will feature up to 32 cores, 64 threads, and will be built on AMD’s new 12nm process and Zen+ architecture. The second-generation Threadripper CPUs will be released sometime in the third quarter of this year.

The 12nm process and Zen+ architecture that the new Threadripper 2 CPUs will be built on also backs the company’s other second-generation Ryzen desktop CPUs. They will also sue the same TR4 socket as the original Threadripper processors, making them compatible with X399 motherboards. While the company did not announce the clock speeds the new chips will run at, they did mentioned that they will have a TDP of 250W, a hefty increase from the 180W of the Threadripper 1950X.

“At Computex 2018 we demonstrated how the strongest CPU and GPU product portfolio in the industry gets even stronger in the coming months. Our upcoming 7nm and 12nm products build on the momentum of our Ryzen, Radeon, and EPYC processors, positioning AMD to lead the next generation of high-performance computing in markets from premium devices and gaming to machine learning and the datacenter,” said AMD President and CEO Dr. Lisa Su.

AMD also showed off its new 7nm based Radeon Vega GPU that’s specifically designed for professional and datacenter applications, although the company mentioned that users should “stay tuned” for 7nm consumer GPUs. Hopefully AMD unveils these new consumer GPUs sooner rather than later. Additionally, they did announce that the new Radeon Vega 56 Nano from PowerColor has begun shipping and should be available in stores soon.

The company said it plans to release several variants of its Ryzen Threadripper 2 CPUs, which will include a 24-core version along with the previously mentioned high-end 32-core, 64-thread variant. There was no mention as to how much the new chips will cost but we should have that information the closer we get to the release window. You can check out the VOD of the AMD Press Conference at Computex 2018 below: