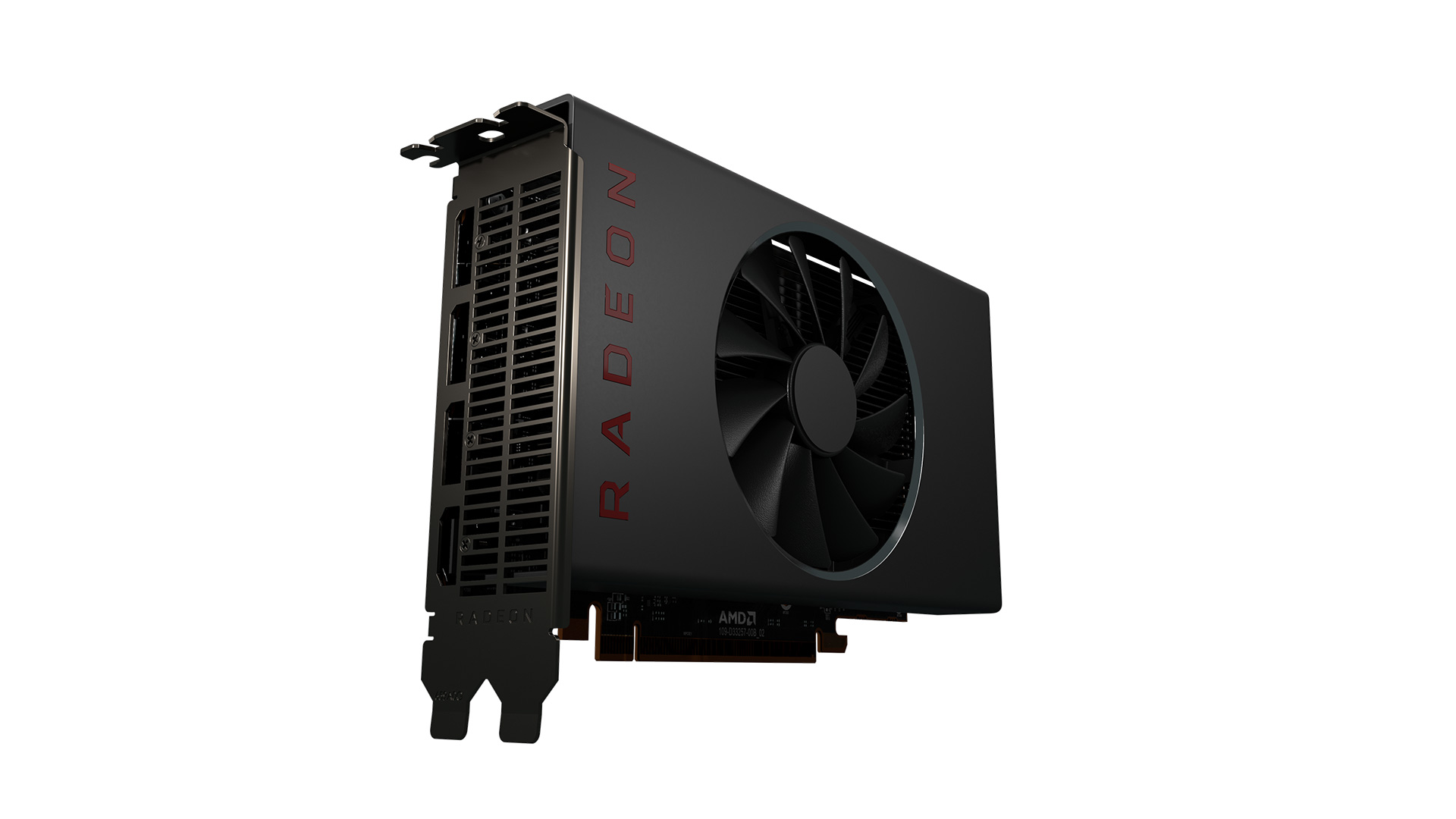 AMD’s announcement of its RDNA architecture and the Radeon RX 5700 series earlier this year was hailed to possibly be the revival of the company’s graphics business much like how Ryzen was for their CPU business. It’s yet to be seen whether the new architecture will prove to be as successful as Ryzen but it looks like AMD is ready to expand their new graphics lineup further with the announcement of the new entry-level Radeon RX 5500 series.

“It’s been incredible to see the response to our RDNA architecture from gamers worldwide, and now we’re bringing the same high-framerate, dynamic gameplay and advanced features to 1080p gaming with the Radeon™ RX 5500 series,” said Scott Herkelman, corporate vice president and general manager, Radeon Technologies Group at AMD. “AMD is committed to delivering incredible gaming experiences to all gamers across all price-points. Whether fighting the Calypso twins in Borderlands 3 or battling to take back Auroa in Tom Clancy’s Ghost Recon® Breakpoint, the Radeon™ RX 5500 series allows every gamer to feel fully immersed and lose themselves in these beautiful and complex worlds.” 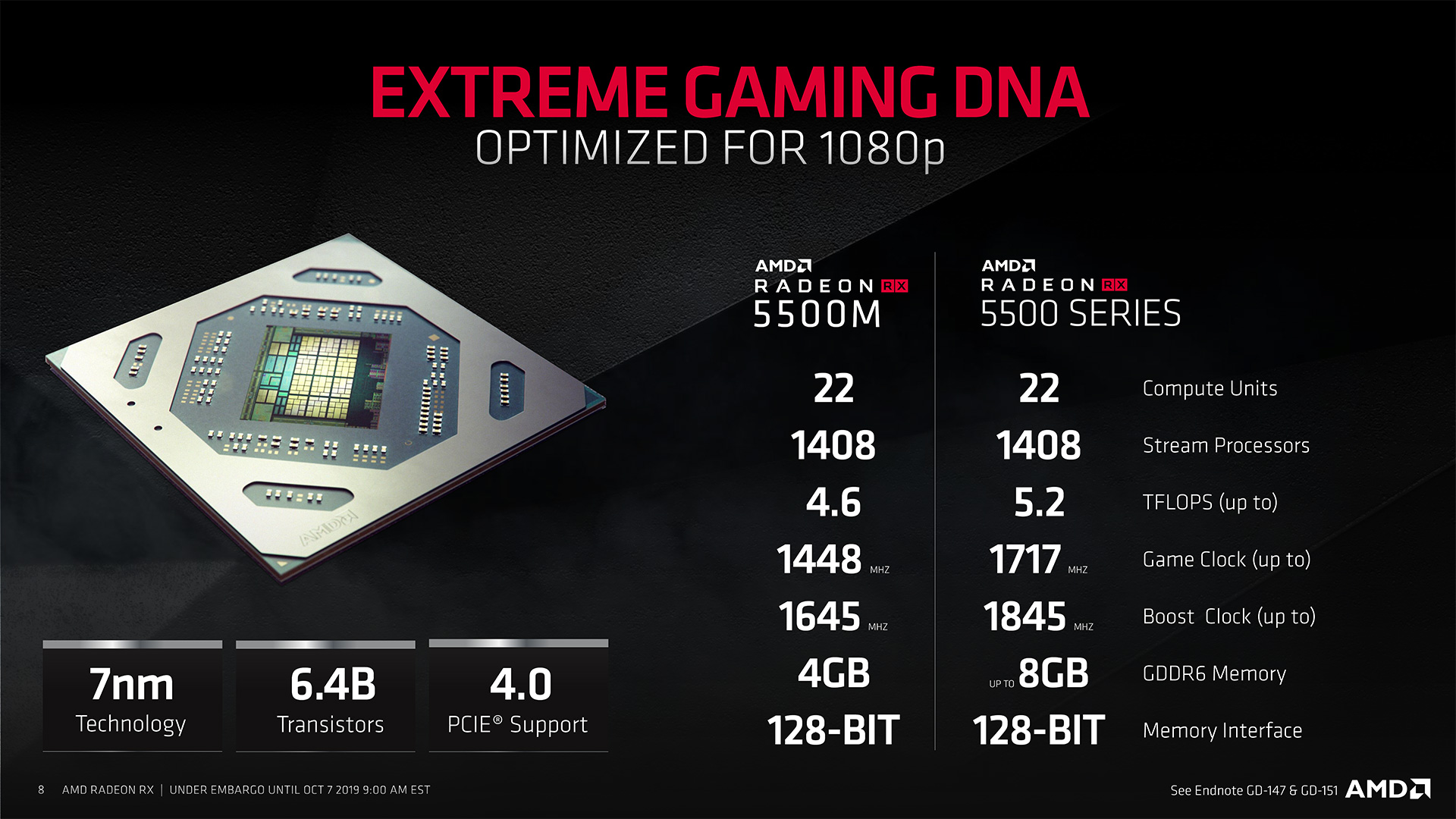 Most of the specifications of the desktop and mobile versions of the Radeon RX 5500 series are the same, including 22 compute units, 1408 stream processors, and a 128-bit memory interface. They differ mostly in the amount of memory as well as their clock speeds. The Radeon RX 5500 desktop series can feature up to 8GB of 14GB/s GDDR6 memory while the Radeon RX 5500M features only 4GB. The desktop series can also feature game and boost clocks of up to 1,717 and 1,845 MHz, respectively, while the mobile variant features clock speeds of 1,448 and 1,645 MHz, respectively. 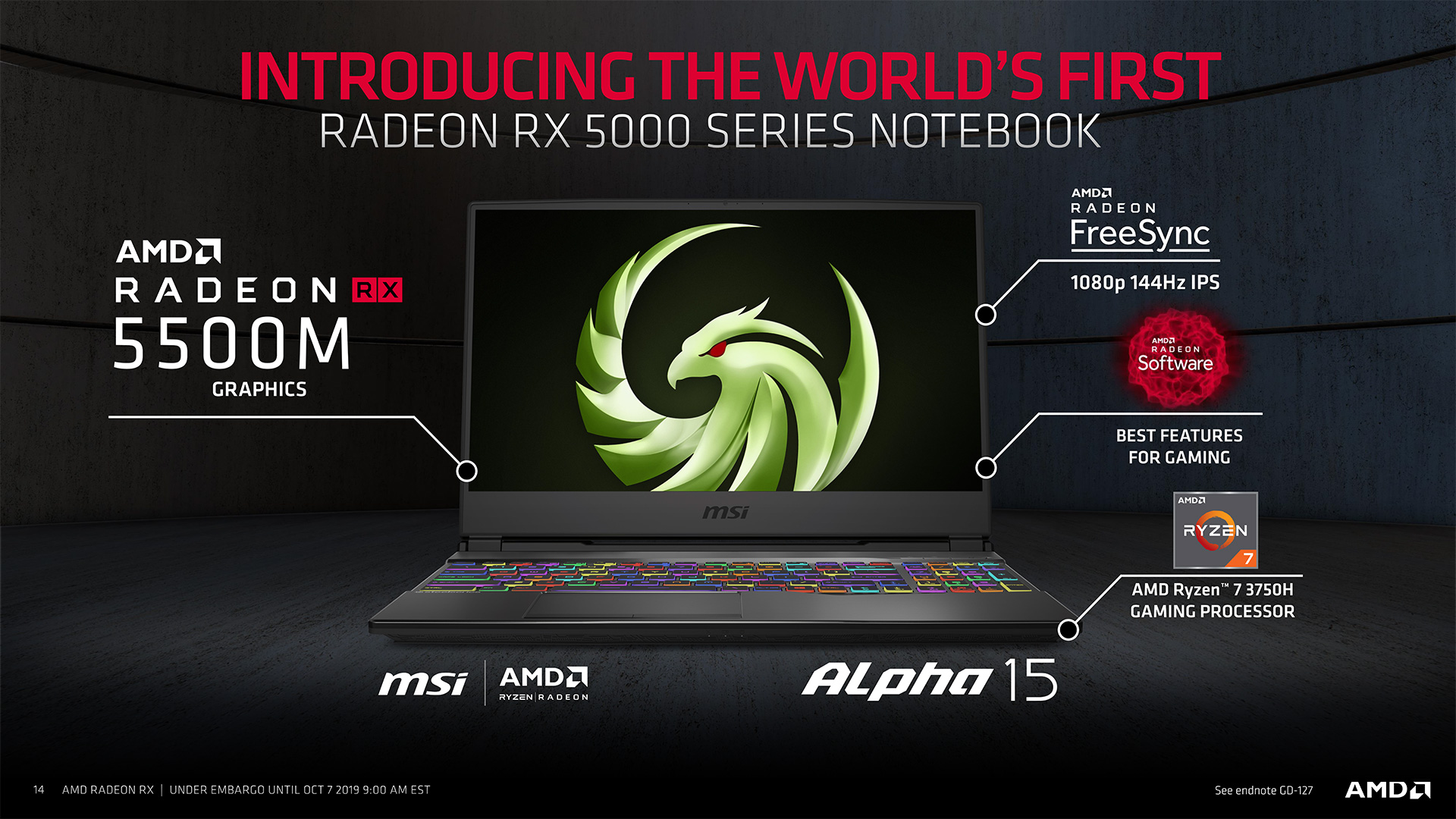 Alongside the announcement of the new Radeon RX 5500 series, AMD also announced its new Raise the Game bundle, which offers gamers a choice between getting Borderlands 3 or Tom Clancy’s Ghost Recon Breakpoint when they purchase eligible pre-built desktops and laptops featuring Radeon RX 5700 or Radeon RX 5500 series graphics cards or even standalone graphics cards from either series. The promotion is scheduled to run until December 31, 2019. 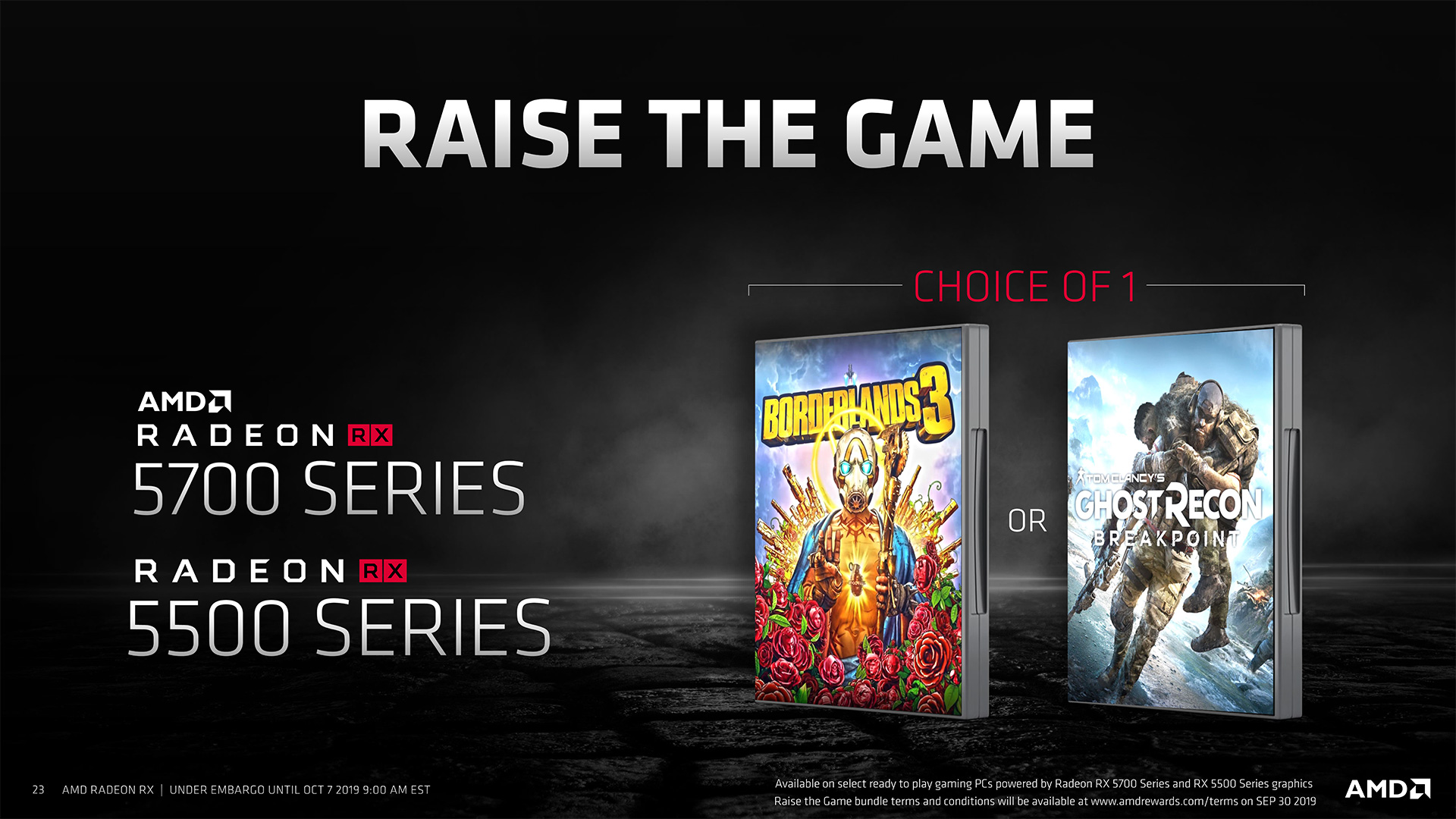