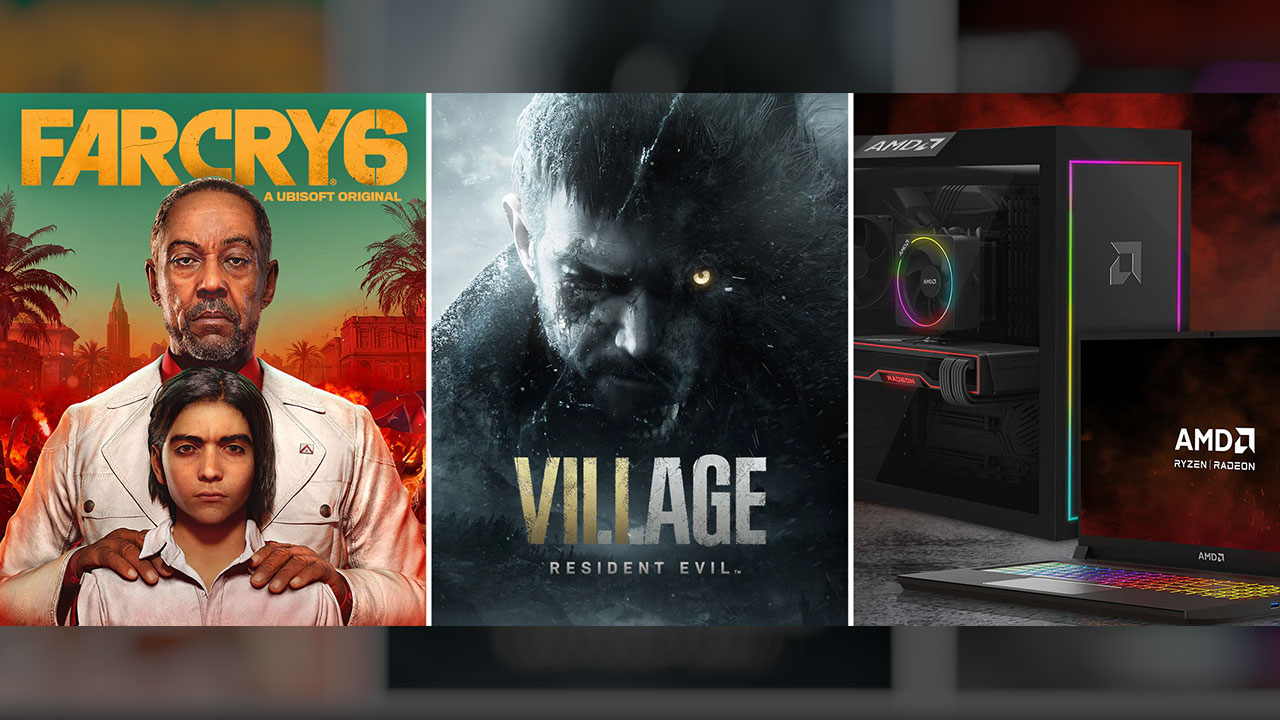 AMD has announced its latest “Raise the Game” bundle wherein those who buy select AMD Ryzen and AMD Radeon-powered laptops and desktops will get a copy of Far Cry 6 and Resident Evil Village bundled with their purchase.

According to AMD, laptops and desktops that are powered by both an AMD Ryzen processor as well as an AMD Radeon GPU are eligible for the promotion and will get digital copies of Far Cry 6 Standard PC Edition (including in-game bonus items) as well as Resident Evil Village Standard PC Edition.

Here’s a list of the AMD Ryzen CPU and AMD Radeon GPU combinations that are eligible for the promotion:

The AMD Ryzen + AMD Radeon “Raise the Game” bundle promotion will run from September 9 to December 31, 2021. Those who avail of the promotion will be able to access their copy of Far Cry 6 when it is released on October 7, 2021. The redemption period for the two free titles will end on January 29, 2022.

More information on the  promotion can be found on the official promotion website.