AMD has officially announced the details of its upcoming Ryzen Threadripper and Ryzen 3 processors to round out its new generation of Ryzen chips.

Both Ryzen Threadripper models as well as motherboards that support them will be available sometime in early August.

As for AMD’s Ryzen 3 chips, there will be two models available – the 1300X with 4 cores and 4 threads as well as a base clock of 3.5GHz and a boost clock of 3.7GHz and the 1200 with the same amount of cores and threads but with lower base and boost clock speeds at 3.1Hz and 3.4GHz, respectively. The Ryzen 3 line will be available starting on July 27. 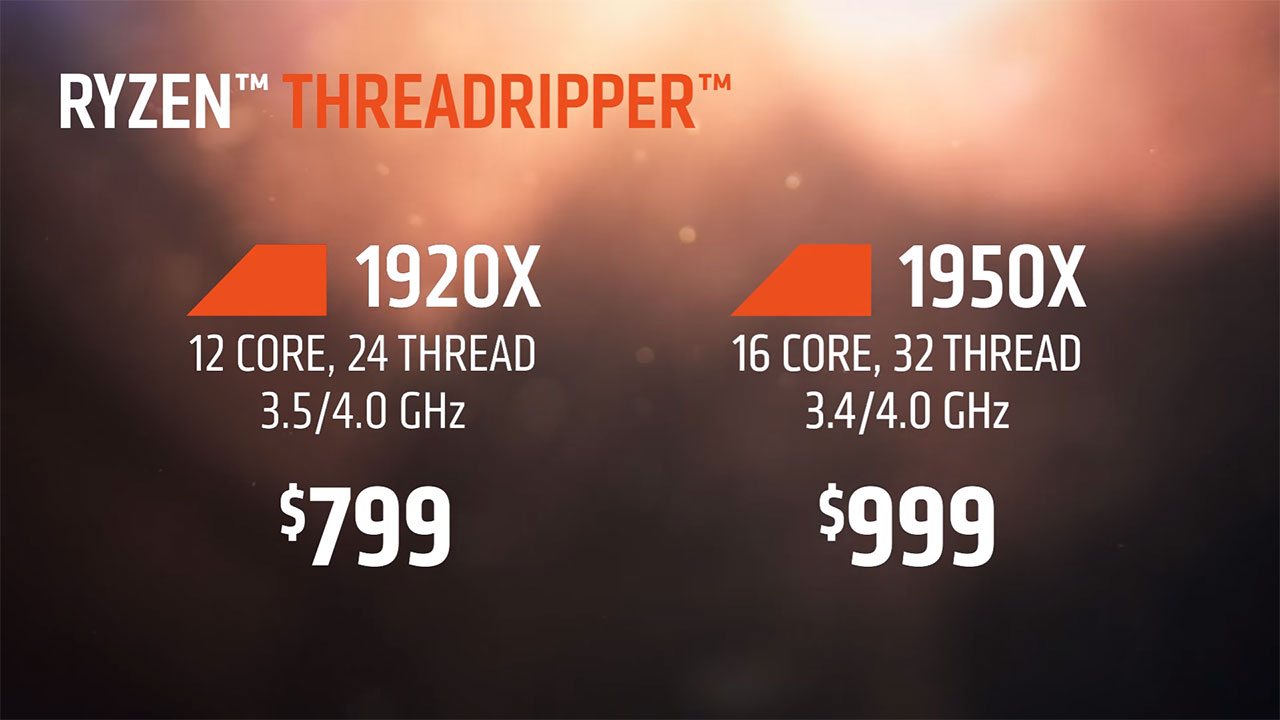 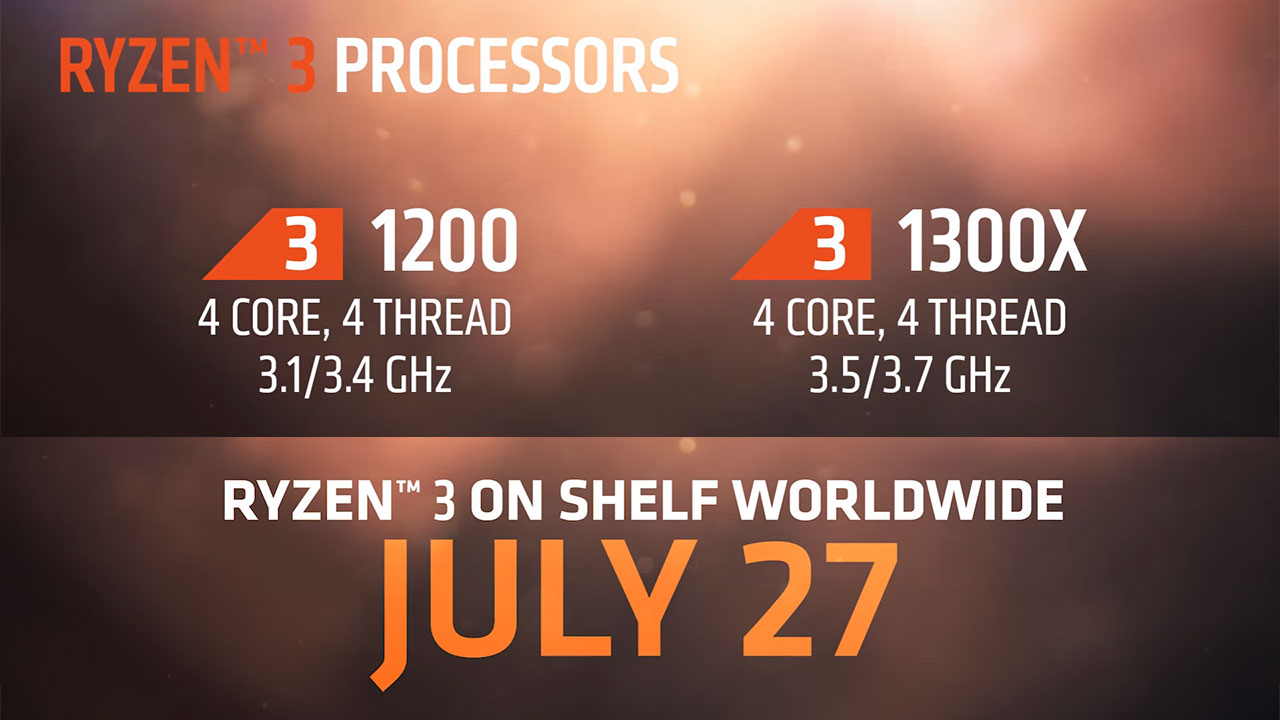 As previously mentioned, both Ryzen Threadripper chips will be available sometime in early August while the two Ryzen 3 processors will start showing up on store shelves on July 27. In the meantime, check out the video above featuring AMD CEO Lisa Su where she talks about the Ryzen Threadripper and Ryzen 3.