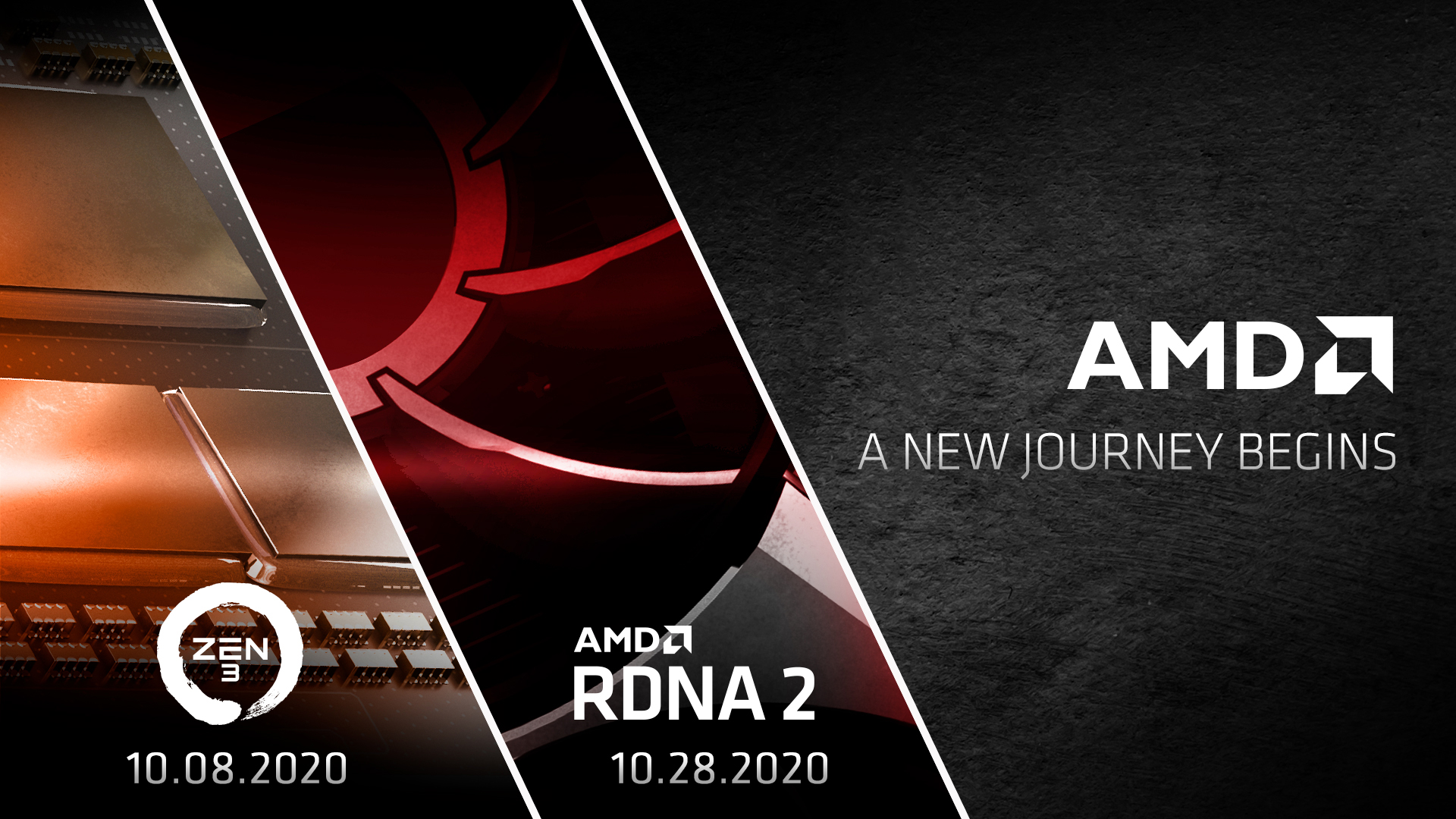 AMD has announced the schedules for its upcoming events for the unveiling of its upcoming 4th generation Ryzen desktop processors and Zen 3 architecture as well as its Radeon RX 6000 series graphics cards and RDNA 2 architecture. Both events are scheduled to happen in October 2020.

It’s going to be an exciting fall for gamers… time to start a new journey with @AMDRyzen Zen3 and @Radeon RDNA2 pic.twitter.com/O9SXvLo4y0

Here’s some information on both events from AMD:

Next Generation Ryzen Desktop Processors – We are incredibly excited to invite you to learn more about the next wave of Ryzen desktop processors with “Zen 3” architecture, taking our PC gaming and content creation leadership to new heights. Dr. Lisa Su and other AMD senior executives will kick-off this new journey for “Zen 3” and AMD Ryzen at 12:00 a.m. Philippine Time, 09 October 2020 (Friday).

Next Generation Radeon Graphics – Preparing to delight gamers globally with the next horizon of Radeon Graphics, we invite you to learn more about our RDNA 2 architecture, Radeon RX 6000 series graphics cards, and our deep collaboration with game developers and ecosystem partners who will help us bring the best of Radeon to gamers. Tune in for the reveal of the future of Radeon PC gaming at 12:00 a.m. Philippine Time, 29 October 2020 (Thursday).

No other information on the two upcoming events have been announced so far. We’ll just have to wait until more information is unveiled or the respective event dates to find out more about 4th generation Ryzen, Zen 3, Radeon RX 6000, and RDNA 2.