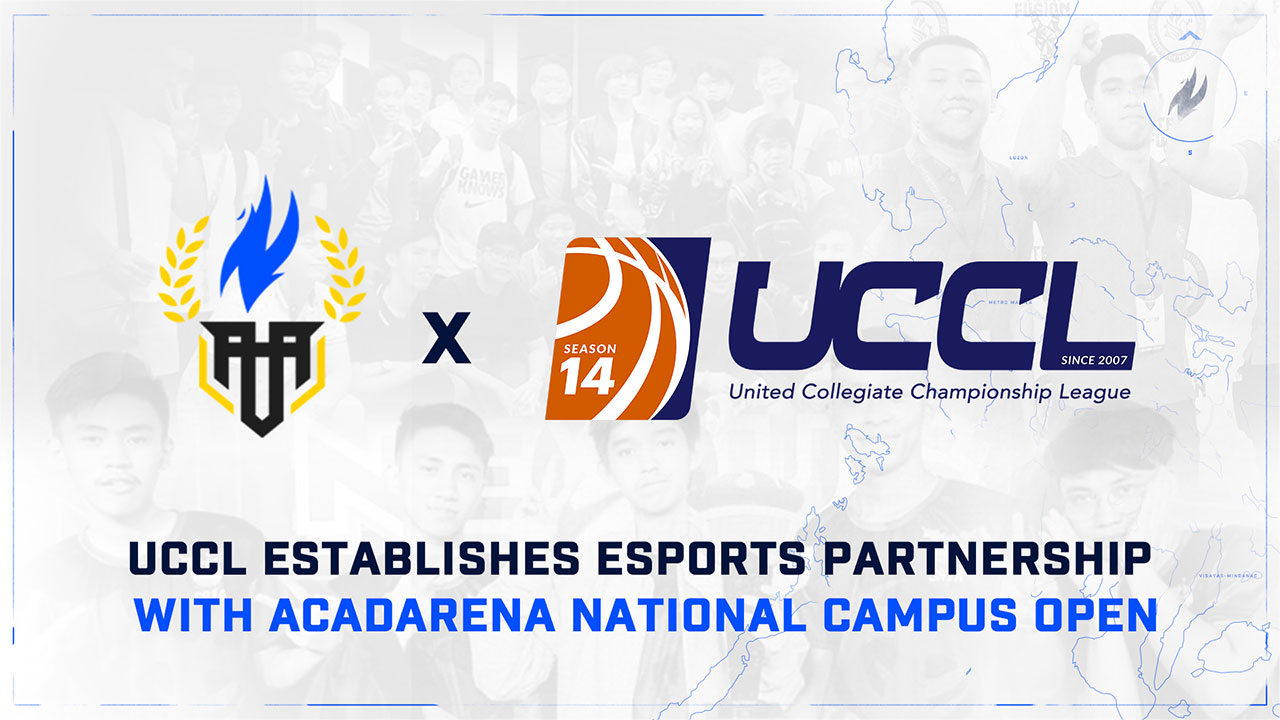 AcadArena and the UCCL (United Collegiate Championship League) have partnered to co-host the Luzon region leg of the AcadArena’s National Campus Open. The new deal, the UCCL’s first foray into esports, will see the athletic conference’s network of over 30 schools enter esports through the National Campus Open.

The UCCL National Campus Open – Luzon will be one of the three regional legs of the National Campus Open, with the other two being the Metro Manila leg and the Visayas-Mindanao leg. The free-to-enter circuit, which runs twice a year, will include League of Legends, Mobile Legends: Bang Bang, and Call of Duty Mobile as its featured esports titles.

The top placers in each of the National Campus Open regional legs will advance to an inter-regional championship to determine the country’s representatives for various international tournaments, such as the International Esports Festival. Student competitors who are able to reach the playoffs of their respective regional legs will also become eligible for AcadArena’s Esports Merit Scholarship program.

“We’re incredibly excited to work with AcadArena to enter the esports space,” said Juan P. Lozano, president of the UCCL. “Esports is something that can provide students with countless opportunities, and we are looking forward to being at the forefront of it alongside an industry leader.”

“UCCL is one of the most forward-facing athletic conferences in the Philippines, so we’re delighted to be collaborating with them,” said AcadArena COO Justin Banusing. “We know this is the start of something amazing, and we’re hoping this creates a domino effect of more universities and conferences entering esports.”

Some of the schools that are part of UCCL’s network include: