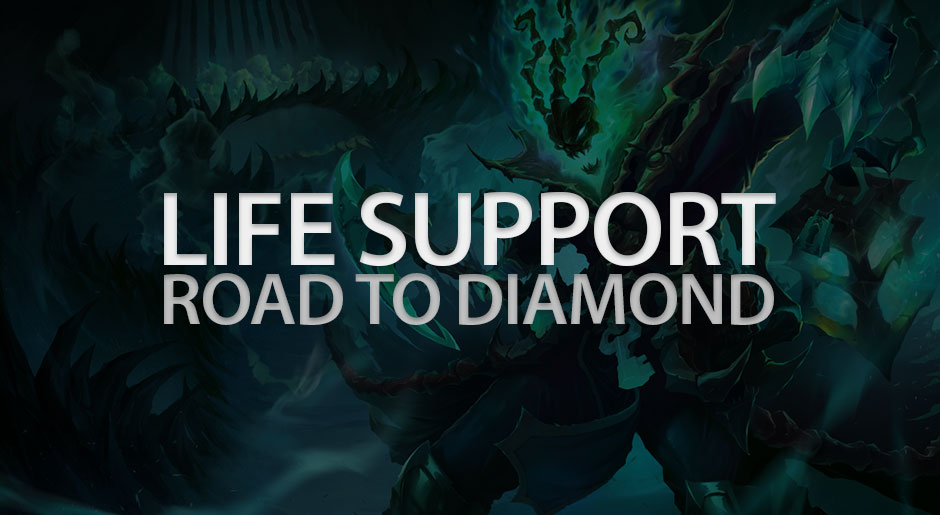 Hi, this is the introductory post for a new blog series I’m starting called Life Support – Road to Diamond. Life Support is a League of Legends blog series covering my journey through the Ranked Leagues of the Garena Philippines League of Legends server. My goal is to reach Diamond I League on the server. There are 6 leagues in total – Bronze, Silver, Gold, Platinum, Diamond, and Challenger – and in each League there are 5 divisions from V to I (5 to 1). To progress from one division/league to the next a player must earn League Points through winning Ranked games (League Points are also lost when losing Ranked games) and once a player reaches 100 League Points they become eligible for a Promotional Series. When a player is in a Promotional Series, they must win 2 of their next 3 games to progress to the next division/league. If a player fails at their Promotional Series they lose some of the points they’ve earned and must earn them back to be eligible again for a Promotional Series.

I mainly play the Support role in the duo lane and my favorite Support champion is Thresh. Thresh is a play-making type of Support due to his ability to make plays not only for his Carry but also for his other teammates. His main play-making ability is his Death Sentence ability wherein he throws his scythe in a straight line and if it hits an enemy target, that target is hooked onto his scythe and will be unable to move for 1.5 seconds. Thresh is also able to pull himself towards the enemy target he has hooked to quickly close the gap between him and his target which puts him in range to use his other abilities like Flay or his ultimate ability The Box. His last ability is his Dark Passage ability where in he throws the lantern attached on the other end of his chain scythe to a nearby target location. His lantern grants a temporary shield to allied champions that go near it and an allied champion who clicks on the lantern will be pulled towards Thresh. 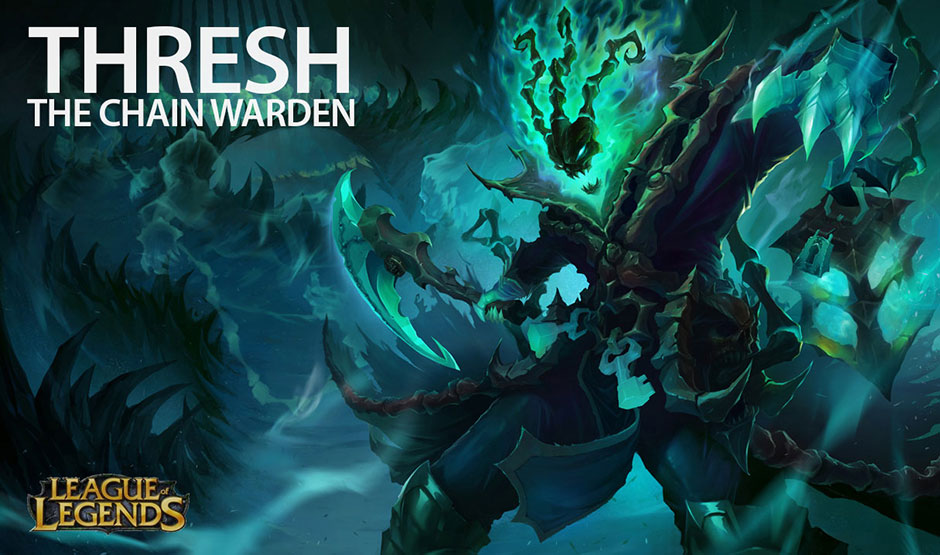 As a Support player, it is my job to make sure my lane partner, which is usually the AD Carry, is able to get kills and farm safely by trying to make plays for him/her and protecting our lane from ganks by placing wards in important positions around our lane. It is also my job to help out the rest of my team by giving them information about the enemy’s position and movement by placing vision wards throughout the map as well as make plays that they can take advantage of to win team fights and/or get kills or even protect them from enemy champions using my champions abilities. I also try and call out enemy positions and movements as I see or calculate them as much as I can and try to tell my team what we should be doing in a certain situations like going for objectives, pushing, regrouping, etc. I enjoy playing Support even though it’s mostly a thankless role because no one notices the things that you do to help the team win because it things like “number of wards placed, number of plays made, etc.” don’t appear in the stats page and it’s the role no one wants to play but it’s an important role even if no one thinks it is.

I started my journey a little over a week ago when I finished my provisional/placement games and was placed in Silver III. Since then I’ve been occasionally playing ranked games trying to get enough League Points until I qualified for a Promotional Series which will give me the opportunity to move up either a Division or a League. Well, yesterday I reached enough League Points to qualify for my first Promotional Series but I put off playing my Promotional games out of fear of not succeeding and was debating whether to do my Promotional games solo or with my duo partner. But after talking to my duo partner, I decided to just go solo because I had a bigger chance of winning my games that way because my duo partner is currently in Platinum IV and whenever we duo queue we are usually put in a Silver team against players in Gold or even Platinum due to matchmaking balance so it would put a bigger responsibility on the 2 of us to carry the game and a bigger chance that the other lanes would get beaten too badly to carry and that was too big of a risk to take for a Promotional Series.

I decided that I would play my promotional games yesterday afternoon and would just hope that my team would be better than the other. My first game ended up to be a free win for us because one of the other team’s members disconnected and never came back so it was a 4v5 match that we easily won. I had used Thresh that game and was able to easily dominate our lane because instead of going 2v2 in the duo lane it was a 2v1 against another support player. I was happy that we won that first game easily but I also hoped that no one on the other was playing their Promotional games as well because that would suck for them to lose a game that way.

My 2nd promotional game didn’t have anyone disconnect or leave so it was played normally. I used Thresh again and I was partnered with a player using Miss Fortune who didn’t really know how to play the AD Carry role but was a decent player overall so with some constant communication through in-game chat we were able to dominate our lane against a Vayne and Alistar. Our other teammates also dominated their lanes except our top lane who needed some help from our Jungler. There was a few minutes wherein some of us were getting caught out and getting ganked but once we regrouped and went all in as a team we were able to win team fights because our Jungler, Top Laner, and myself were able to crowd control and peel very well for our AD Carry and AP Carry who pretty much tore the other team apart. We ended up decisively winning the game and with that 2nd consecutive win I was promoted to Silver II. I was pretty ecstatic after getting promoted and I’m now looking forward to my next Promotional Series to get to Silver I. 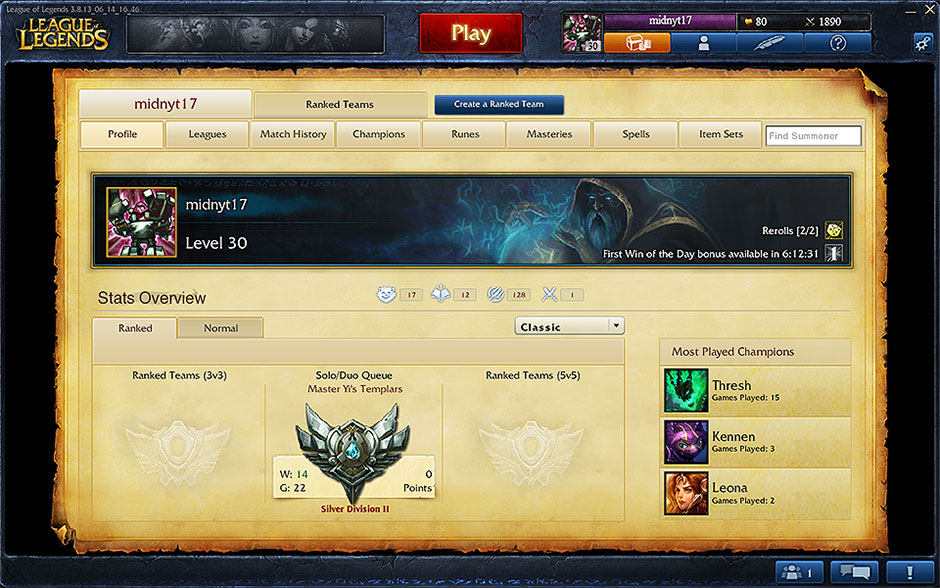 For my next Life Support posts I’m going to try my best to get more in-game screenshots and even in-game videos/highlights that I can post on YouTube but I’ll probably need to get a new hard drive first before taking in-game videos.