External SSDs have slowly become more common in recent years with many storage manufacturers coming out with at least one portable SSD solution in the past year. One of these manufacturers is Transcend, one of the most popular and well-known storage solutions manufacturer in the industry, and their SSD-based portable storage solution, the StoreJet 500. We take a quick look at the 1TB variant of the StoreJet 500 and see if its performance and convenience make up for it hefty price tag.

Since the StoreJet 500 is primarily designed for Mac computers, its packaging and design reflect a similar style and aesthetic as Apple’s line of products and packaging. The drive comes in a white box with an image of the drive with what looks like a MacBook Air as well as the capacity and rated performance placed on top. The sides of the box have the name of the drive as well as the connection types listed while the bottom of the box contains the majority of the product information.

The inside of the box is also white and holds the StoreJet 500 drive itself as well as a quick start guide, a warranty card, a few product flyers, a USB 3.0 cable, a Thunderbolt cable, and a pouch. As for the drive itself is silver and features a look that is reminiscent of Apple’s MacBook Pro and Air laptops. The two data ports – USB 3.0 and Thunderbolt – are placed on the bottom edge of the drive and there’s a blue LED light on top. 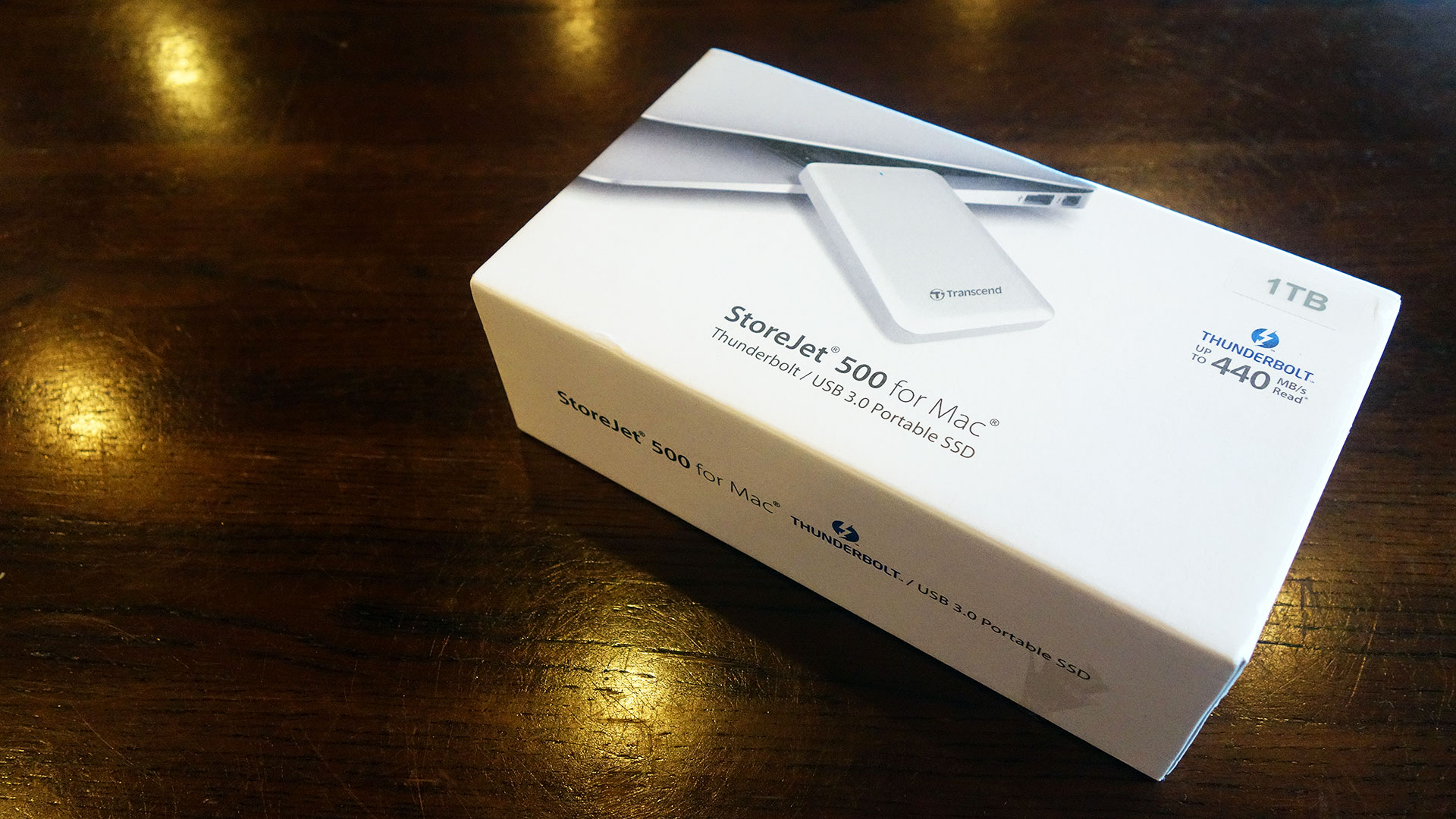 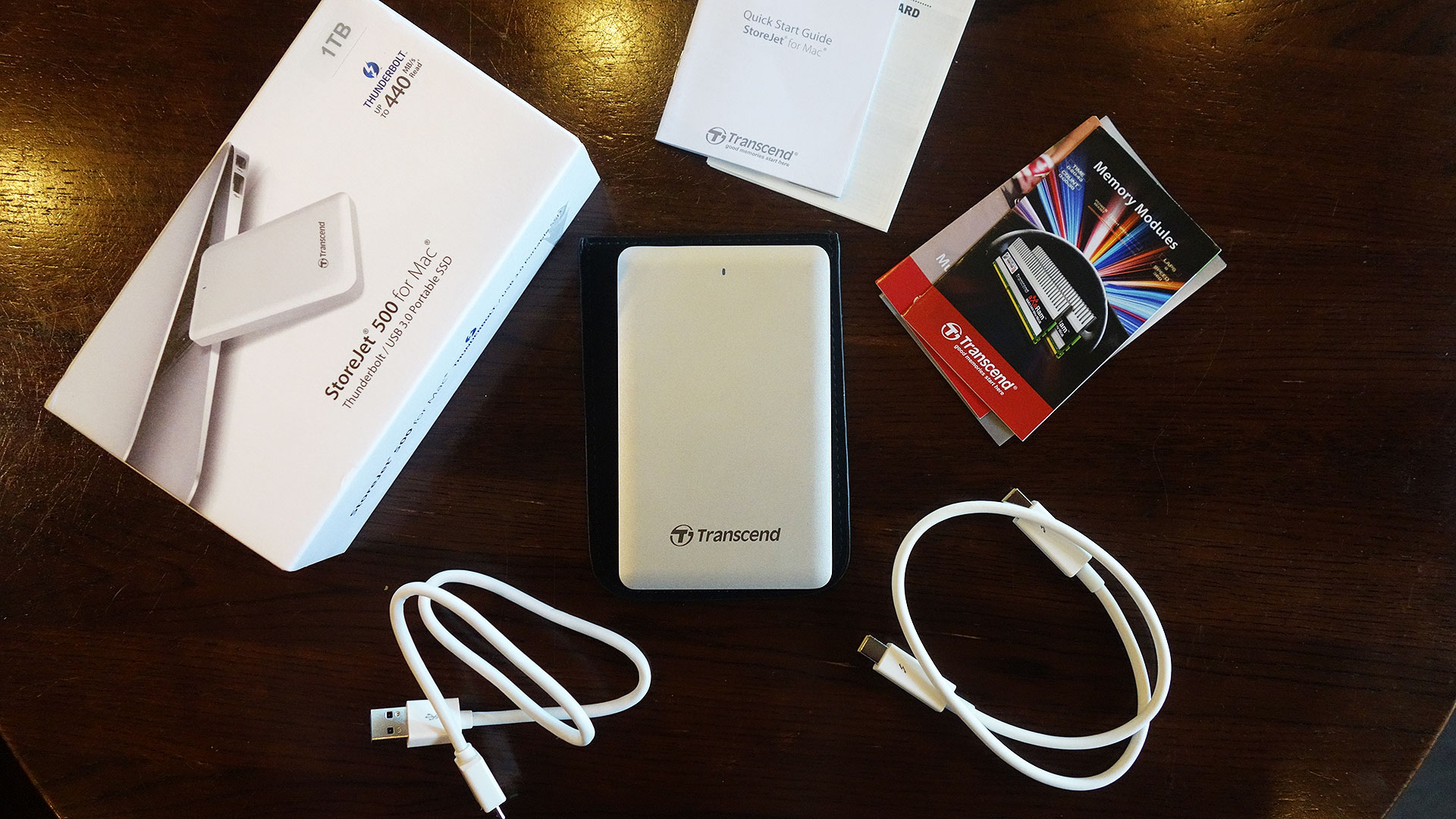 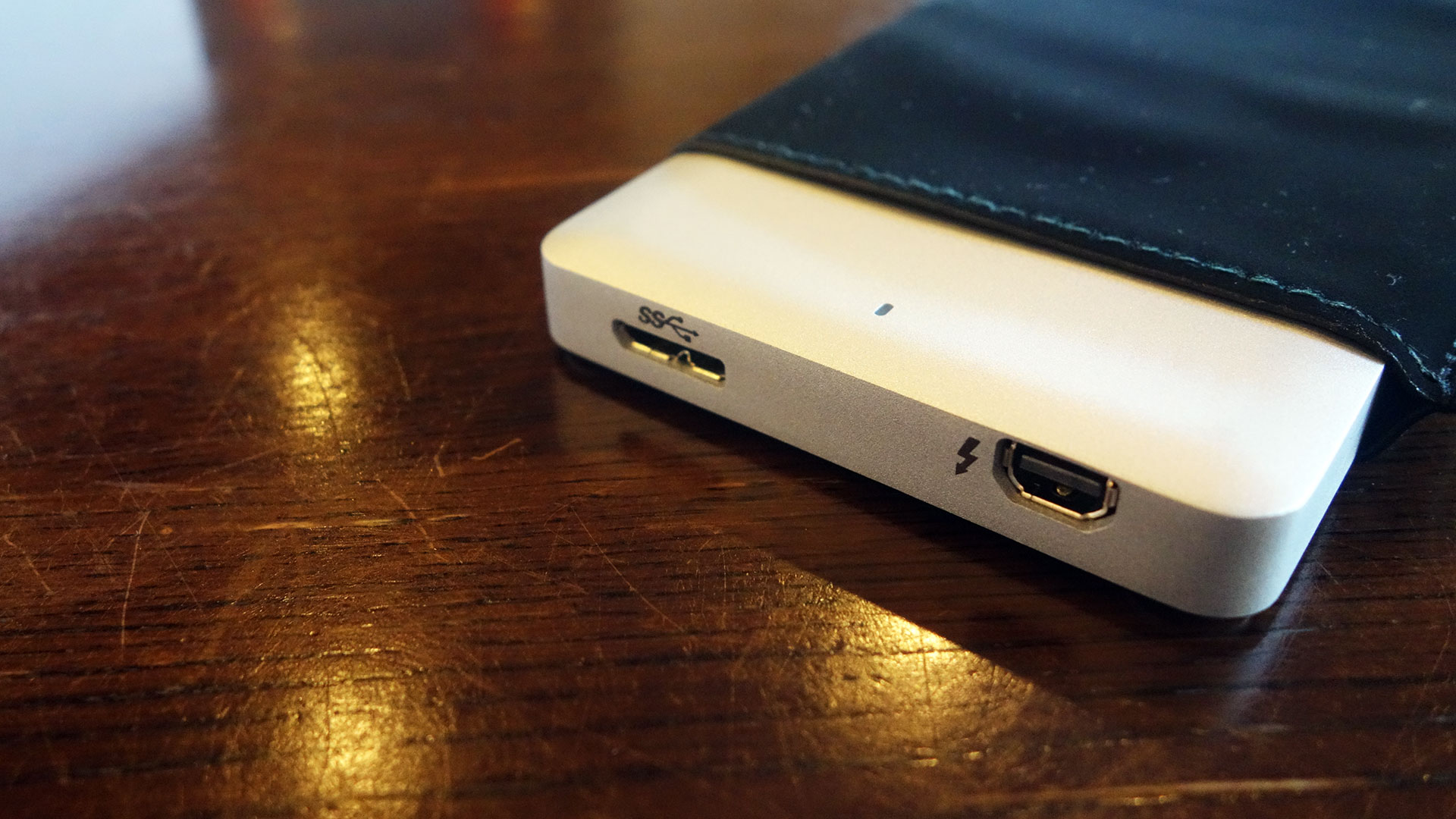 The StoreJet 500 is a pretty straightforward device with no additional features other than its dual connection options – USB 3.0 and Thunderbolt – making it compatible with more devices. The drive also supports Transcend’s RecoveRX and Elite management software which helps users backup, encrypt, and sync the data on the StoreJet 500.

Since the StoreJet 500 is primarily designed for Mac computers, the drive is formatted using the HFS+ file system for Mac OSX so plugging in the device for the first time via USB 3.0 to our Windows PC required us to format the drive to the exFAT file system before we were able to use it. We didn’t run into any more issues though after formatting.

According to Transcend, the StoreJet 500 is rated to have a read speed of up to 440MB/s. While the drive was unable to reach its rated speed during our benchmark tests, it did come close to it at an average of 415MB/s read followed by a write speed of around 309MB/s both of which are still quite impressive especially when compared to traditional USB 3.0-based portable hard drive storage solutions which usually cap out at around 100MB/s. 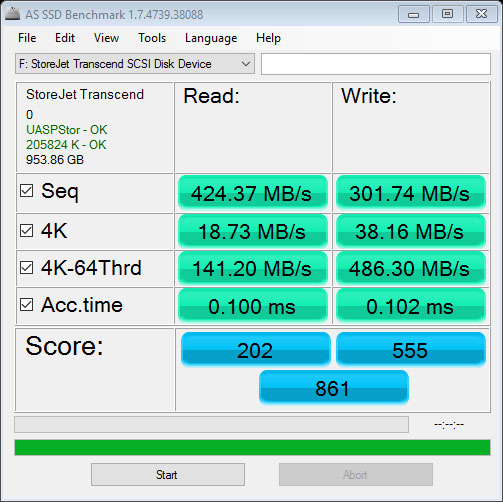 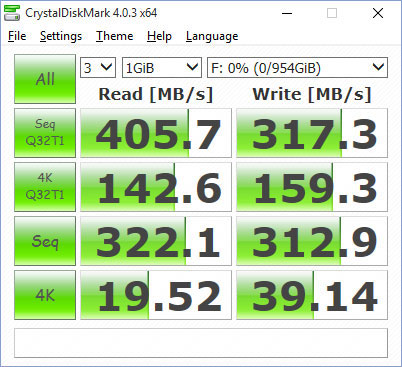 Overall, the Transcend StoreJet 500 is a pretty impressive portable storage solution with its fast performance being more than sufficient for both professionals and general users alike. But as with all SSD-based storage solutions, the barrier to entry can be pretty high. With a price tag of around Php27,000 for the 1TB variant, the StoreJet 500 is pretty expensive and may make it inaccessible to many potential users.

Luckily, there are cheaper, lower capacity variants available although the price tags on those are still pretty hefty at around Php8,000 for the 256GB variant and around Php15,000 for the 512GB variant but still significantly cheaper than their 1TB big brother. So if you’re looking for a high-performance portable drive to quickly and easily transfer large amounts of data on a regular basis, then we recommend the StoreJet 500, if you can stomach the hefty price tags, of course.