Transcend launched its own line of dash cams several years ago but the company referred to them as car video recorders. Last year, the company repackaged its line of car video cameras and now properly refer to them as dash cameras. The DrivePro 110 is one of the company’s entry-level products meant for those who just want an affordable yet capable dash cam to protect themselves and their vehicle. 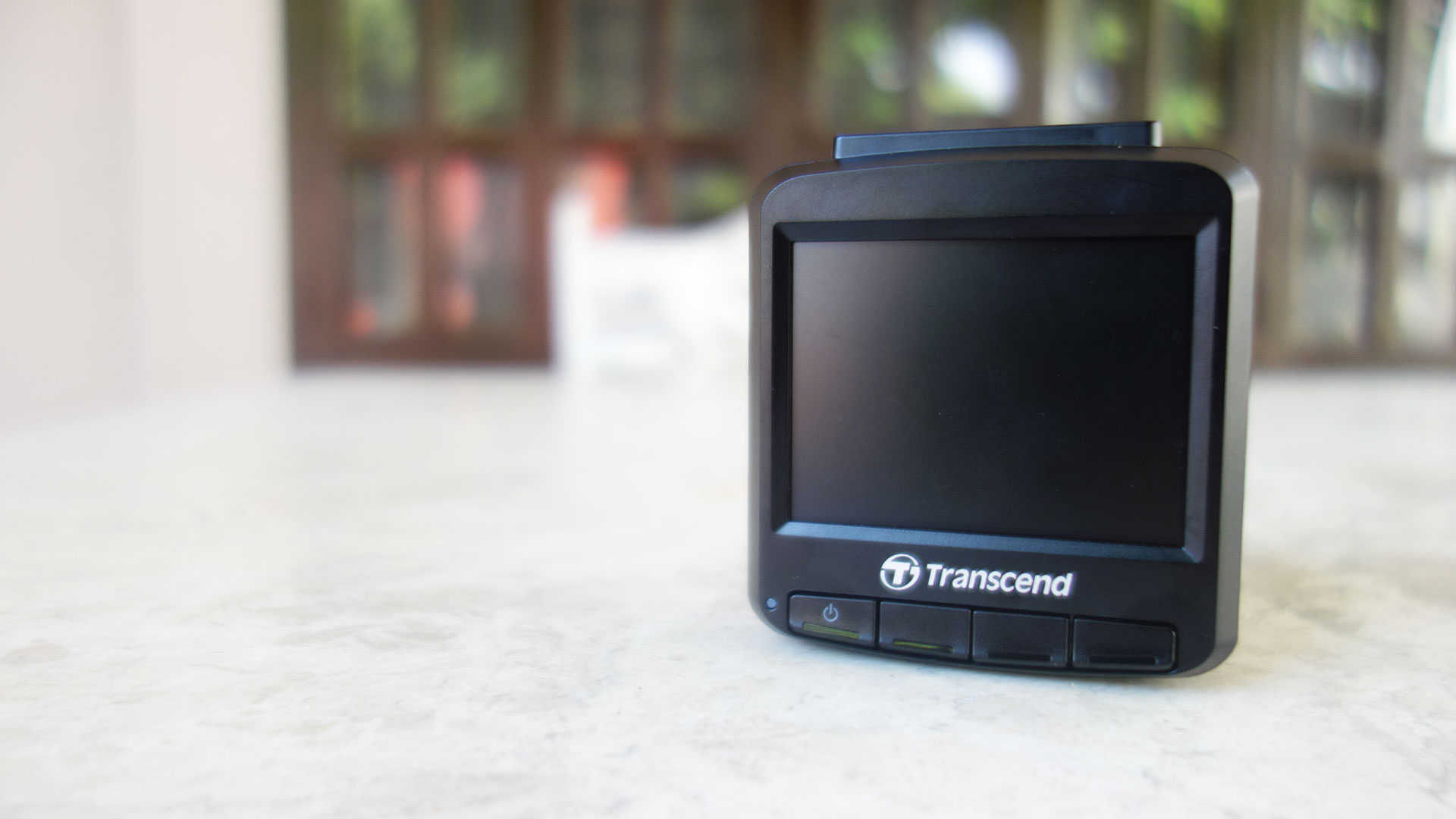 The DrivePro 110 dash cam features a simple, square-shaped design that doesn’t significantly obstruct the view of the driver. It measures only 3.71 inches diagonally and measures only 1.28 inches in thickness. It’s size gives just enough space for the device’s LCD display and four control buttons. The microSD card slot, the emergency recording button, and the USB port are all find on the camera’s sides.

The controls of the DrivePro are fairly easy to figure out and manage. The functions of the four buttons adjust to whatever screen the user is in. The interface is also very easy to understand and navigate.

The DrivePro 110 is powered via the automobile’s cigarette lighter socket. It comes with a very long USB cable that users, depending on their vehicle, can hide inside the frame of the windshield, the frame of the door, and under/behind the glove compartment. It’s also possible to run the cable through the car’s center console although that would involve disassembling that portion of the car’s interior. 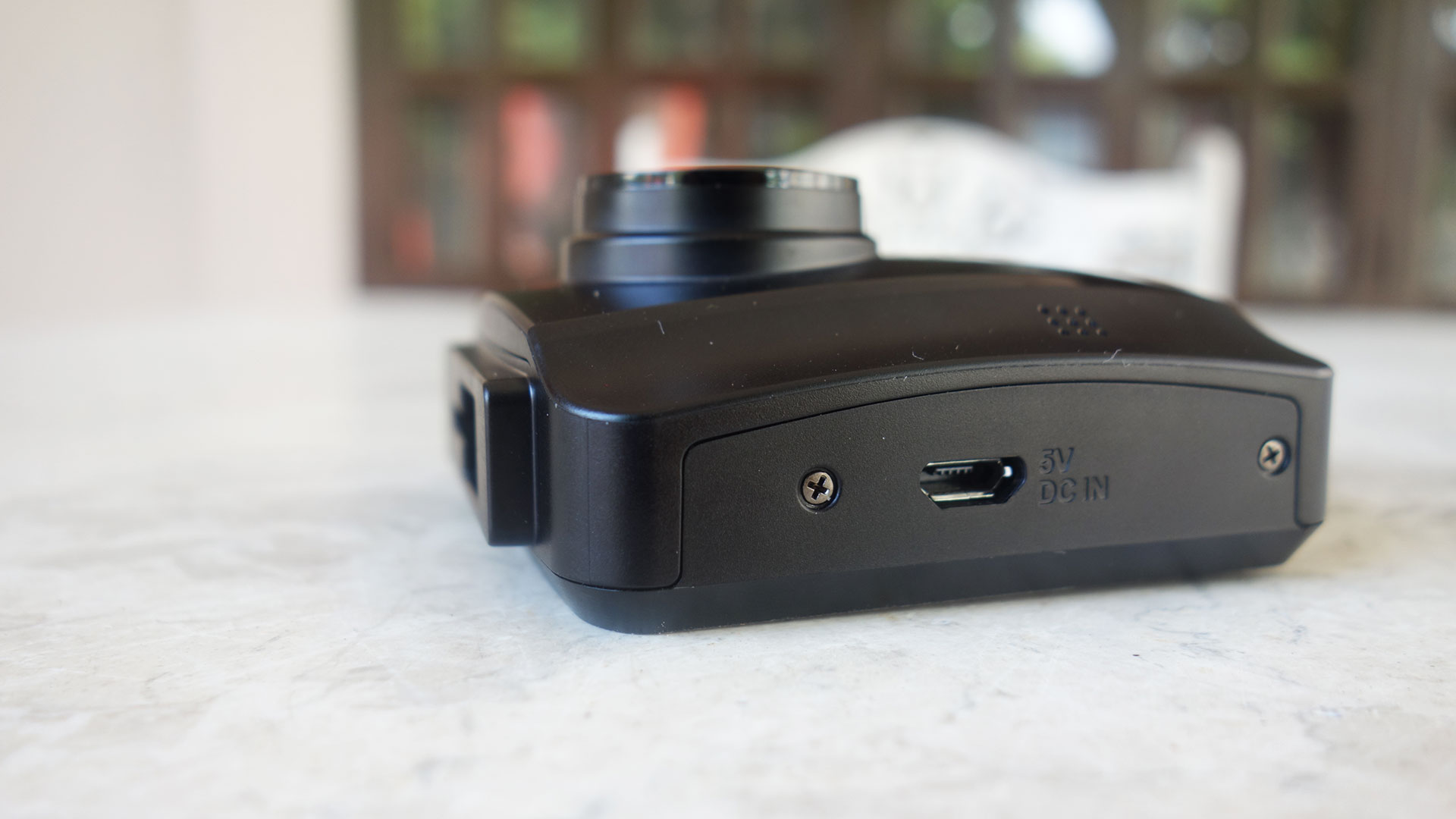 Advanced users may even go all the way and hardwire the camera to the internal wiring of the car so the cigarette lighter port won’t need to be used. Although, that would mean cutting the cable to remove the cigarette lighter plug or purchasing a completely different wire. This setup should be done with caution though and should only be performed by an experienced professional to avoid any issues with the car’s electronics.

Additionally, the DrivePro 110 comes with an internal battery so it can keep recording even when power from the car is lost during an incident.

While the DrivePro 110 comes with an internal battery, it doesn’t come with internal storage so a microSD card is needed to store the videos and photos captured by the camera. Luckily, Transcend has included a 16GB microSD card along with the camera so buyers won’t need to purchase a separate memory card, which is somewhat expected given that the company is one of the biggest producers of SD and microSD cards. 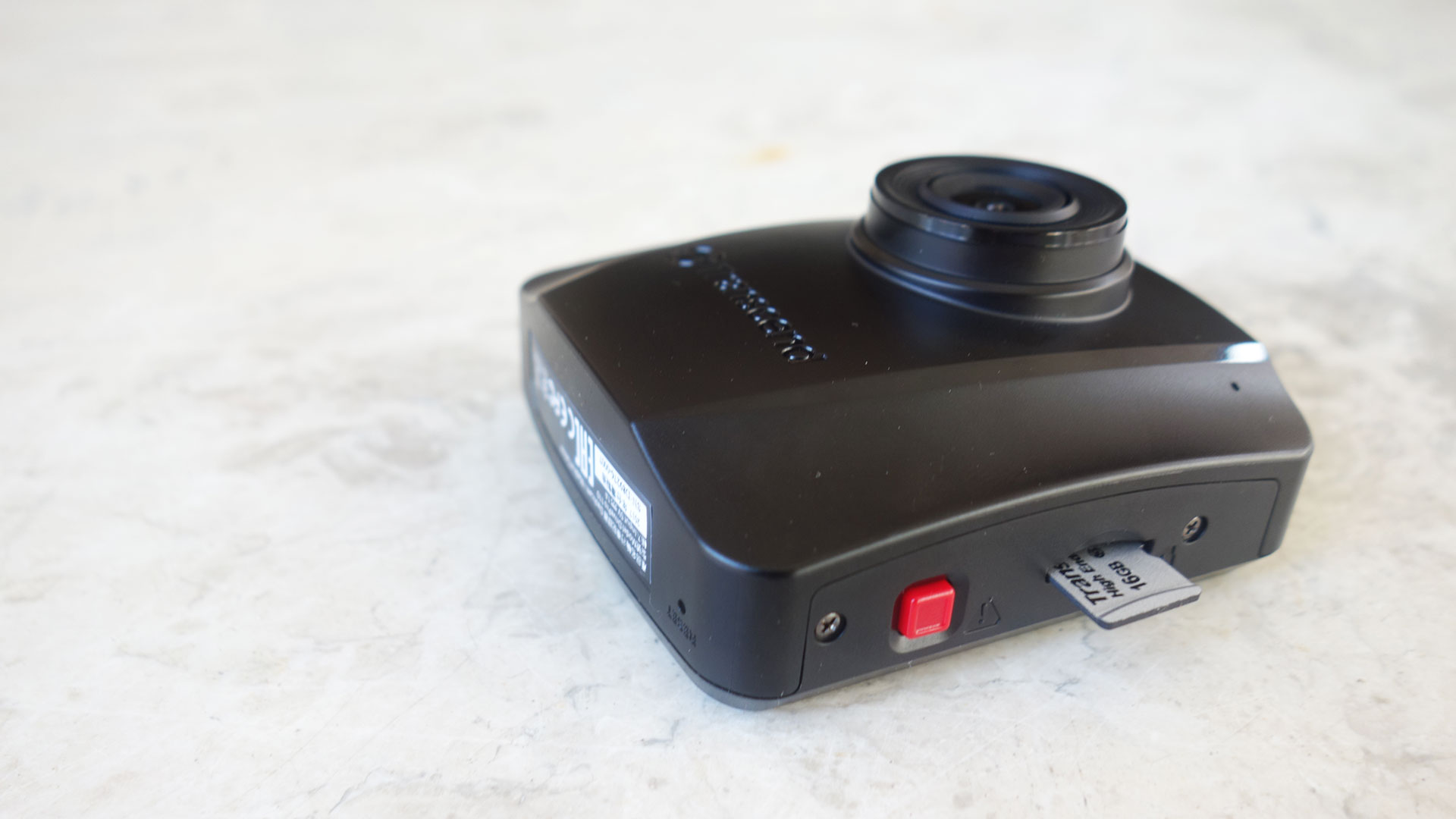 Transcend has equipped the DrivePro 110 with quite a number of settings and features. Users can adjust the resolution of the video and photos the camera captures. Users can choose between 1080p and 720p resolution, both of which capture at 30 fps (frames per second). The camera’s exposure value/compensation, the maximum length of the videos it records, and whether videos should display a timestamp, can also be set in the camera’s settings.

The camera also has other features including a time lapse mode that continually takes images (depending on the user’s settings) when the vehicle is parked, a G-sensor to detect sudden stops for the emergency recording feature, a headlight reminder feature that informs the user to switch on their headlights at night, and a driving fatigue feature that reminds the user to take a rest after a certain amount of time the user sets.

The video and photo quality of the Transcend’s camera is pretty impressive for a camera in its price range and size. The videos and photos are clear and are able to capture important details such as a vehicle’s plate number. Even nighttime footage is impressive, with other vehicles still easily visible. It must be noted though that the distance in which the camera is capable of capture small details is still limited, much like other cameras.

In a time where dash cams in the Philippines are slowly becoming a norm to protect one’s self from both complications from an accident as well as harassment from erring traffic agents, the price of the Transcend makes it a lot easy for people to get their hands on an affordable dash cam that does the job well. The DrivePro 110 comes with a slew of useful features that not only help protect one’s self and vehicle but also helps assist users with their driving.

The DrivePro 110 is definitely a good choice for those looking for their first dash cam as it not only gives users everything they need (including a microSD card) but its price tag of Php5,399 allows them to have one without much financial investment.