Street Fighter V, the next major installment of one of the biggest and most classic fighting games in history, has finally been released after more than a year of anxious waiting by fighting game aficionados, franchise fans, and gamers in general. We’ve been playing the game for a bit over a month now, discussed with several Street Fighter veterans and newbies, and even joined a local tournament where some of the best Street Fighter players in the Philippines competed, all so we could really get our heads into the game and review it fully. So here’s our review of the next big title in the fighting game community.

In its current state, Street Fighter V features sixteen characters with a mix of both old and new faces. As expected, some of the franchise’s most iconic characters including Ryu, Ken, Chun-Li, Nash, M. Bison, Cammy, Vega, Zangief, and Dhalsim have all returned for this new installment while other old faces such as Birdie, R. Mika, and Karin from the Alpha series are making a comeback to the franchise. Then there are the new contenders making their debut into the series namely Necalli, Rashid, Laura, and F.A.N.G. Capcom has also announced that six more characters including Guile, Ibuki, Juri, Balrog, Alex, and Urien will be released throughout 2016 while a second wave of DLC characters have been confirmed for the future. While the original sixteen is a good number to start the new installment with, hopefully Capcom takes their time releasing new characters this time as to not make the game too overwhelming too quickly making it too intimidating for new players to try the game out like what happened with Ultra Street Fighter IV. 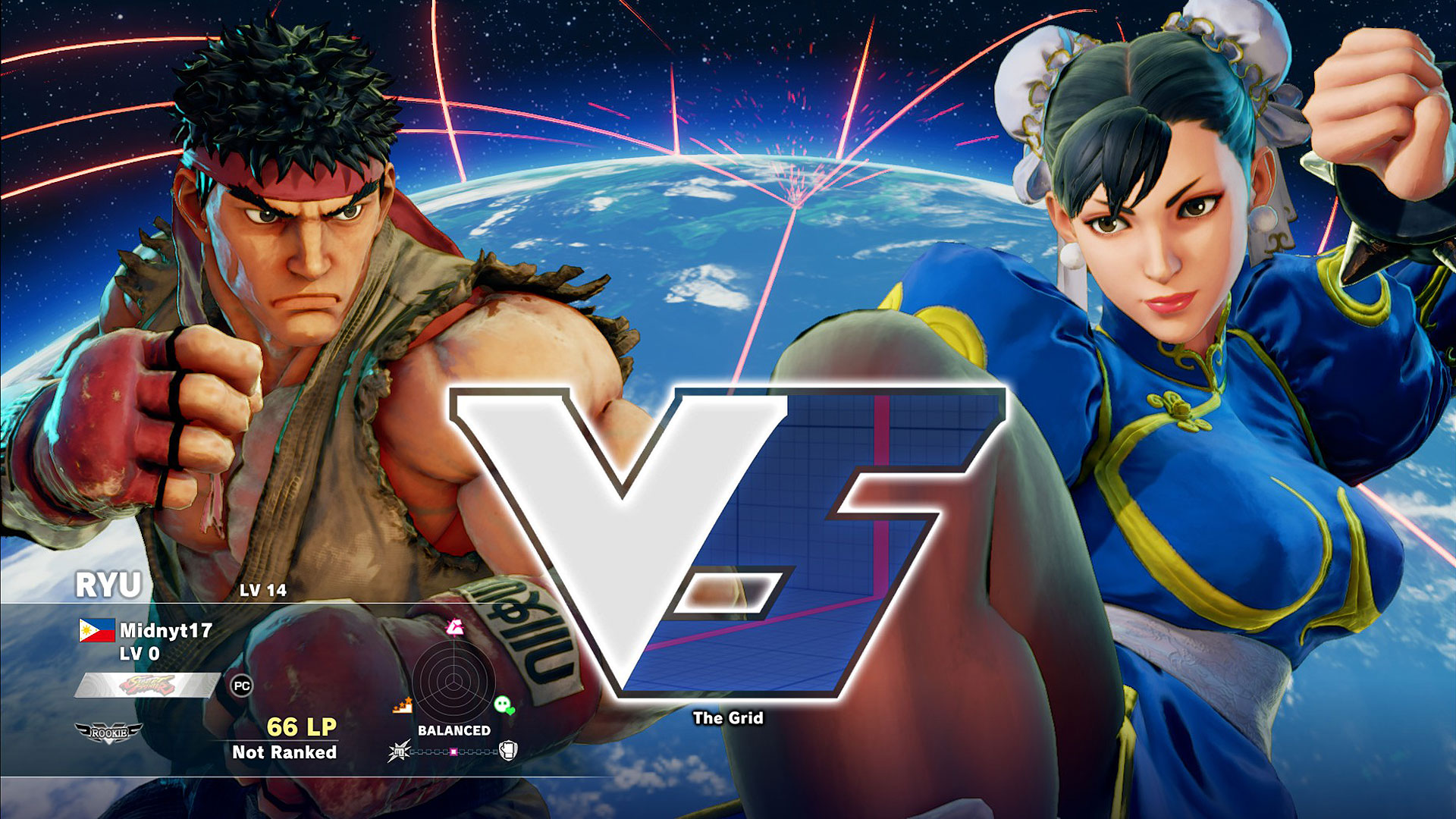 Given that Ultra Street Fighter IV was released almost eight years ago, Capcom has obviously updated the graphics of the game, in a big way. The characters are now incredibly more detailed and polished than they were in Ultra Street Fighter IV. Capcom has made a few tweaks to the characters’ looks to bring them up to par with the updated graphics and make their faces look more realistic rather than cartoon-ish like they were in previous titles. The game’s lighting and shadow effects have also greatly improved alongside the effects for all the characters’ special moves. The game also runs incredibly well on both PS4 and our PC with an Intel i5 CPU and an ASUS 4GB GTX 960 Strix GPU, keeping at a solid 60 FPS all throughout. Capcom has definitely made sure that the game’s performance is always top notch for competitive play. Proper hair physics and collision are still lacking but those are things you don’t really look at or look for in a fighting game.

What you do look at or for are the mechanics and Ultra Street Fighter IV players are in for a big surprise in Street Fighter V as the old Focus and Revenge meters are gone and have been replaced with a new V-Gauge which actually has a few layers to it. When the V-Gauge is full and then activated, which is called the V-Trigger, it either empowers the character’s special moves, gives characters a direct boost to their damage and stun, or give them access to a new set of moves while the gauge slowly drains away, while the V-Trigger of other characters is a single move that can give them the advantage in a fight. The next layer of the V-Gauge is V-Reversal which lets characters perform a counter attack unique to them. Lastly, there’s the V-Skill which is a free move which, when correctly executed, can fill up the V-Gauge. Like the rest of the V-Gauge moves, V-Skills are unique to each character. 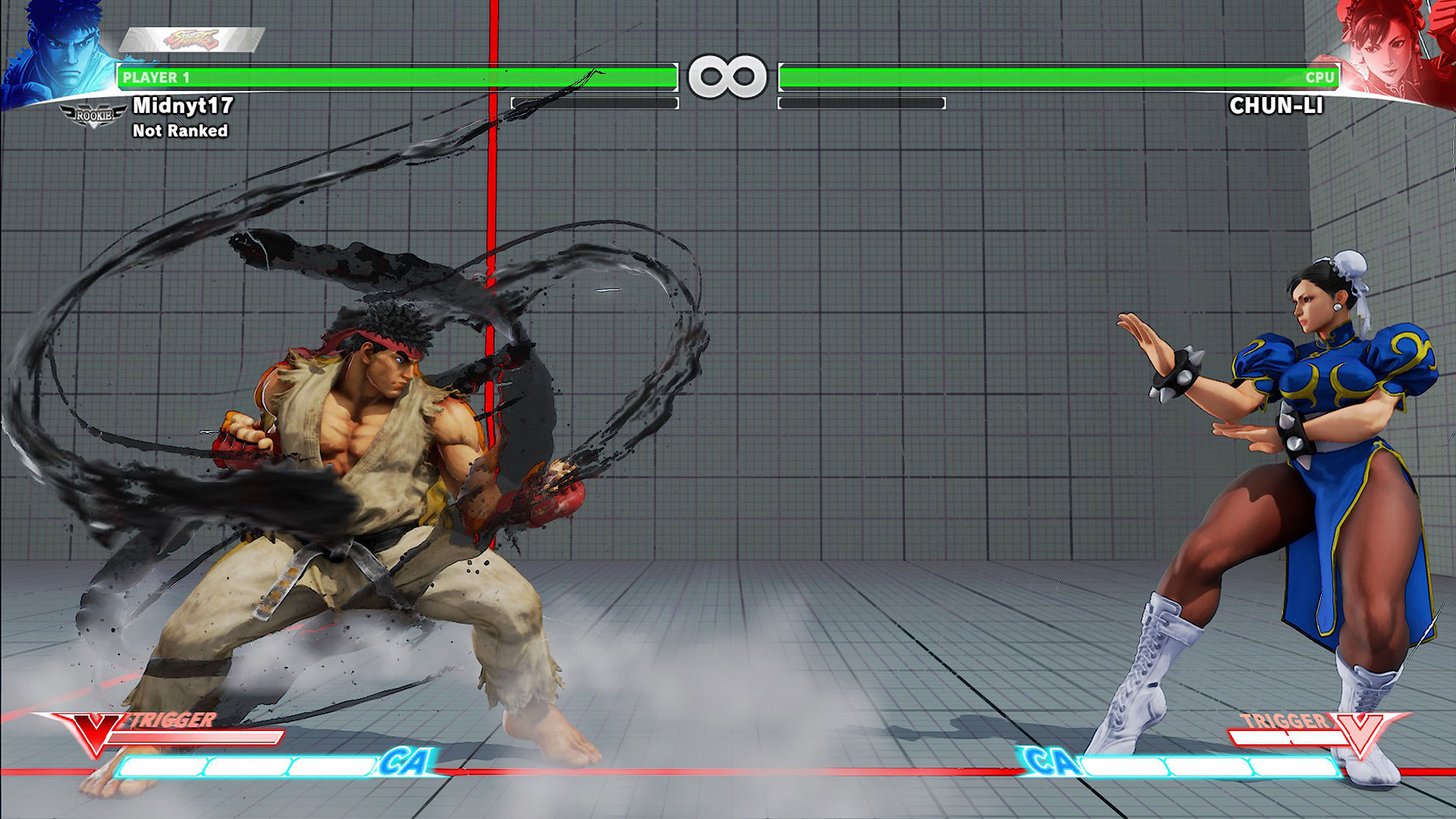 The implementation of the V-Gauge and its accompanying components helps the game be a bit more streamlined that it previously was and makes it a lot easier for new players to learn as they now only need to watch one other bar other than the standard life and EX meters. Capcom also does a good job with making sure that each character’s set of V-Gauge abilities are at times not only unique to them but also somewhat connected to their story or background. An example is Karin’s V-Trigger called Kanzuki-Ryu Guren No Kata which gives her access to her Kanzuki fighting style’s ultimate Guren Ken attack or R. Mika’s Nadeshiko which called in her tag-team partner Yamato Nadeshiko to deliver a single attack to her opponent from a chosen angle.

The other ways Capcom have decided to make the game easier to pick up for all kinds of players include replacing the Ultra and Super Combos of each character from Ultra Street Fighter IV with a single Critical Art for each character which adds to the simplicity of the new game and how easy it is for new players to pick up. Combos in Street Fighter V are also now easier to perform with slightly larger input windows for connecting button presses with the trade-off that some combos require a bit more commitment which, if whiffed, may be countered quite easily. Overall, the new mechanics introduced in Street Fighter V brings things back to the basics and focuses on the fundamentals of playing, ultimately making the game easier to pick up for new players, and sometimes giving new players a certain advantage over their more seasoned counterparts as now defunct habits from the previous titles still need to be unlearned while new players get to start out fresh. 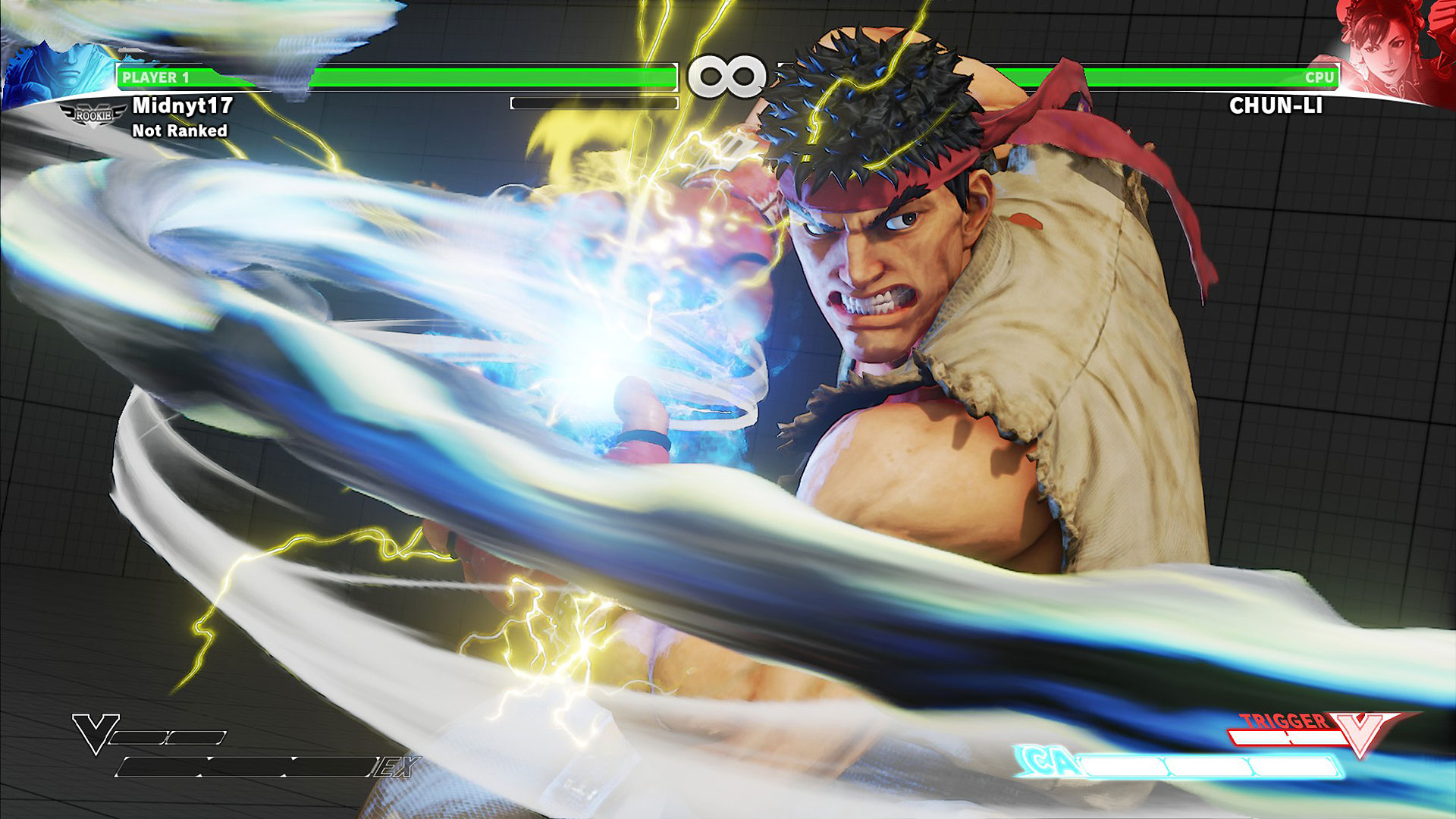 Sadly, Street Fighter V feels like it came out of the womb too early. At the moment, the game is brazenly incomplete. Most of the game’s features are unavailable including the all-important Arcade mode as well as the Shop where you’re supposed to be able to purchase more costumes and characters. What you’re left with is a very anemic and stupidly easy story mode, the training mode, a survival mode, offline versus, and online casual and ranked matchmaking. Capcom promises that many of the game’s features as well as more characters will be released periodically – some this March while others in June and later on in the year. But for now, the game feels like it’s meant purely for the pro and competitive crowd while the casual folk is momentarily pushed to the side. Not really a good way to launch a game that was meant to draw in new players.

Other than its utter lack of offline or single-player content, Street Fighter V is a solid fighting game that any fan new or old can get into whether casually or competitively. The new mechanics and the streamlining of some of its features make the learning curve less steep while keeping the skill cap high enough to keep competitive players interested. And it can actually only get better from here, as Capcom plans to not only add more characters into the mix but also fill out all the missing features. Capcom has successfully built the core and the foundation of its new title and all it needs now is the rest of its parts. If you’re a big fan of the Street Fighter franchise or a competitive player then you definitely need to pick this up, even in its current state, but if you’re a casual fan with no plans to go competitive (which is quite unlikely) then you might want to wait until Capcom releases all the features in the coming months.