A few years ago, when I got my hands on my first high-capacity HDD, specifically a 6TB one, I thought that I would never be able to use up all its space and wouldn’t need more storage for a long time. But as I stored more data on it, from video footage to high-resolution images and more, I eventually realized that 6TB wasn’t going to be enough space in the long run.

Because of high-resolution images, 4K video, lossless music, and more, the need for higher capacity storage has constantly grown through the years, especially for those who work with a lot of video footage such as content creators. Even the size of video games have grown significantly in the past half decade, with some reaching upwards of 80GB or more.

Fortunately, SeaGate released the latest series of BarraCuda HDD back in 2016, which included the humongous 8TB variant in its lineup. The Seagate BarraCuda 8TB HDD is currently the largest mainstream consumer internal hard disk drive available in the market, apart from Seagate’s own higher tier BarraCuda Pro series for professionals and/or enthusiasts. 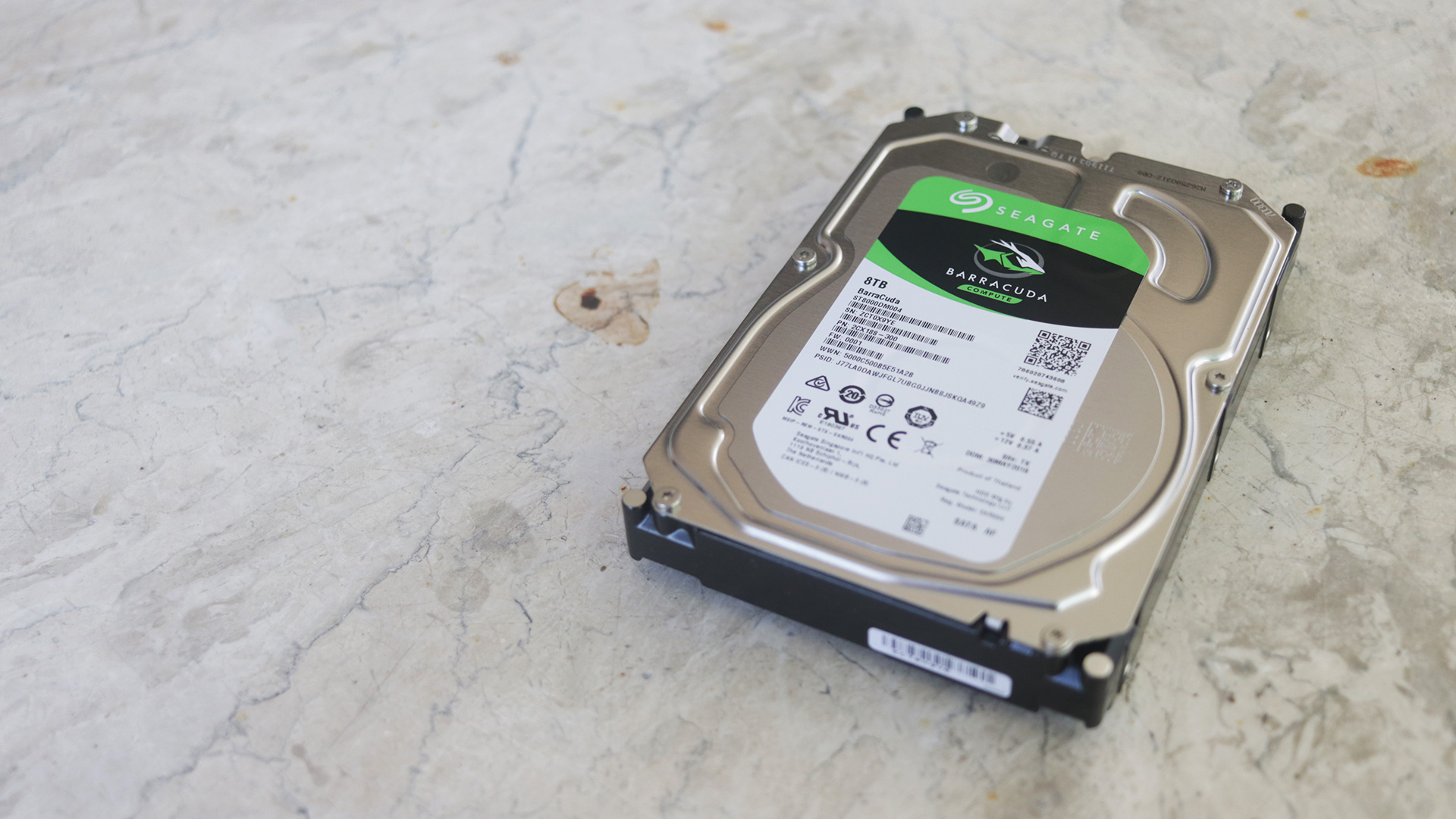 The BarraCuda 8TB is physically one of the larger drives in the lineup, standing at about 26.11mm tall compared to the 20.2mm height of its smaller siblings. It features a SATA 3 (6Gb/s) interface, a 256MB cache, and a rotational speed of 5,400 RPM.

It also features what Seagate is calling Multi-Tier Caching Technology to help the drive perform faster in spite of its slower rotational speed. According to Seagate, the MTC technology utilizes a NAND Flash, DRAM, and a media cache to improve the drive’s performance by optimizing the data flow to and from the drive, depending on the data that’s being transferred.

To be more specific, the NAND Flash helps the drive read regularly accessed files much faster while the media cache assists in writing blocks of sequential data more efficiently. It’s supposedly a much faster system than the older and more traditional system that simply uses DRAM to buffer data between the host computer and drive.

Priced at about PHP 13,0000, the 8TB variant has a cost-to-storage ratio of around PHP 1,625/TB, which is notably lower than the 4TB variant at around PHP 1,750/TB and the 1TB at PHP2,399/TB so you’re definitely saving a bit more money in the long-term if you choose the higher capacity variants. 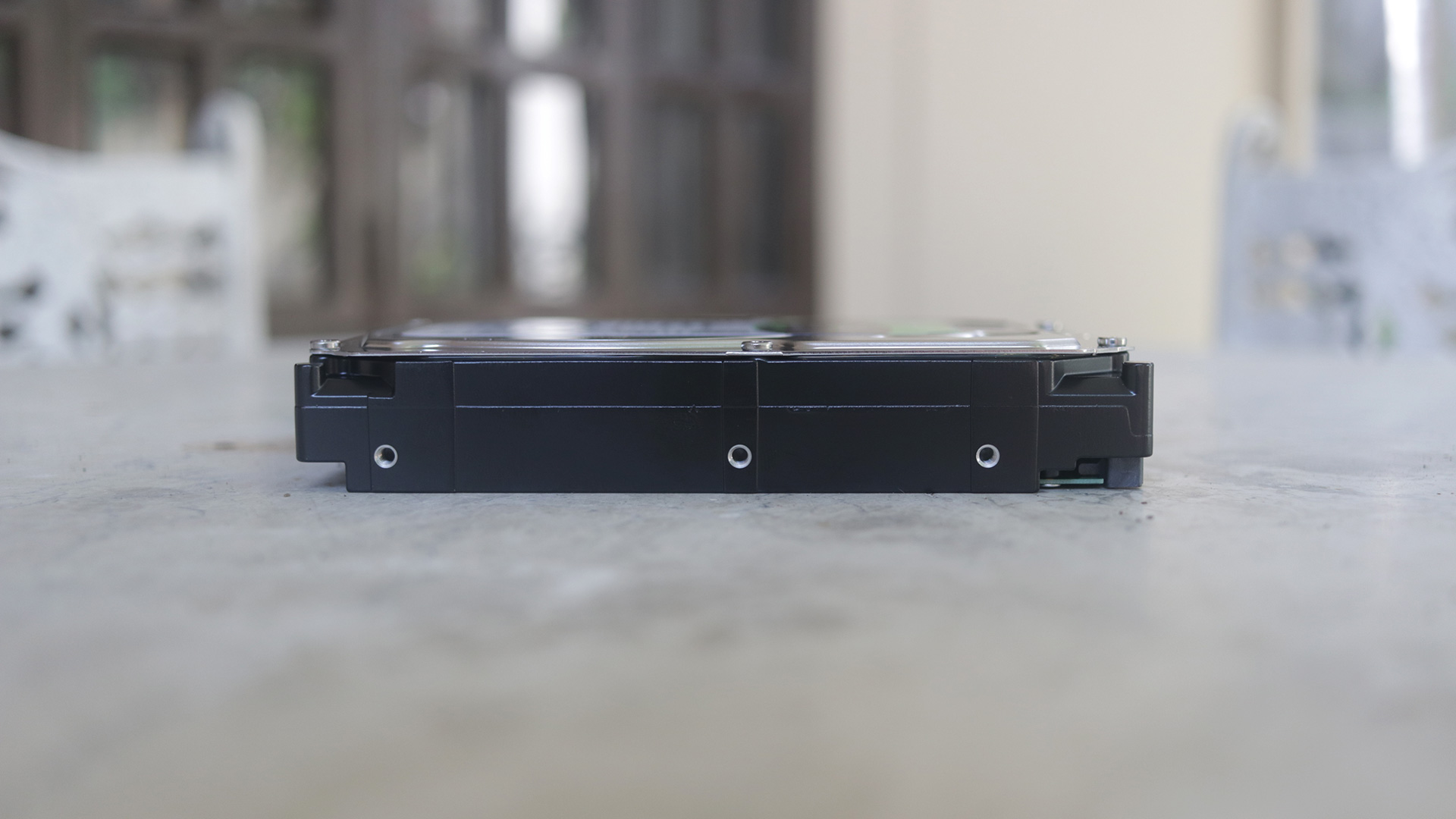 We tested out the performance of the Seagate BarraCuda 8TB by running it through CrystalDiskMark and ATTO Disk Benchmark. We then compared our results with those from other hard drives we’ve previously tested, including the WD Black 6TB HDD and the WD Blue 4TB HDD, to see how it fares. Here are our results: 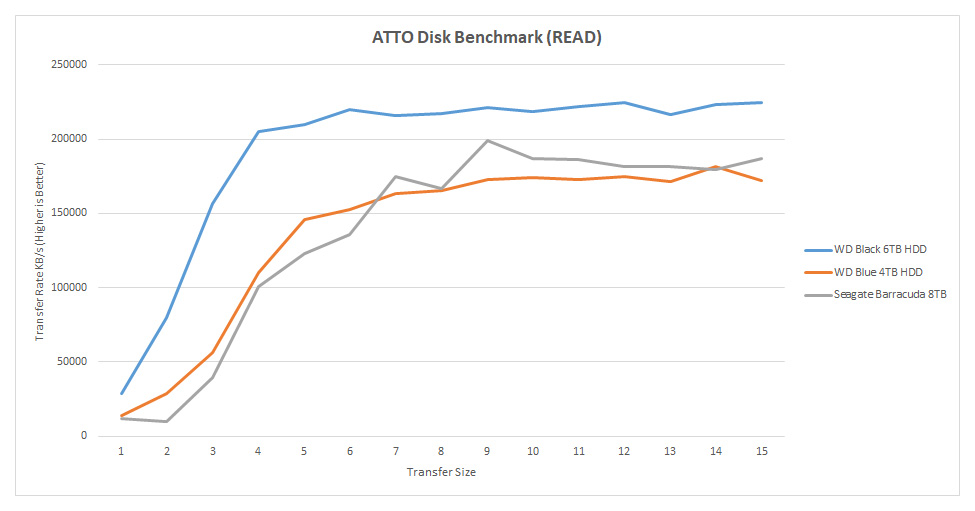 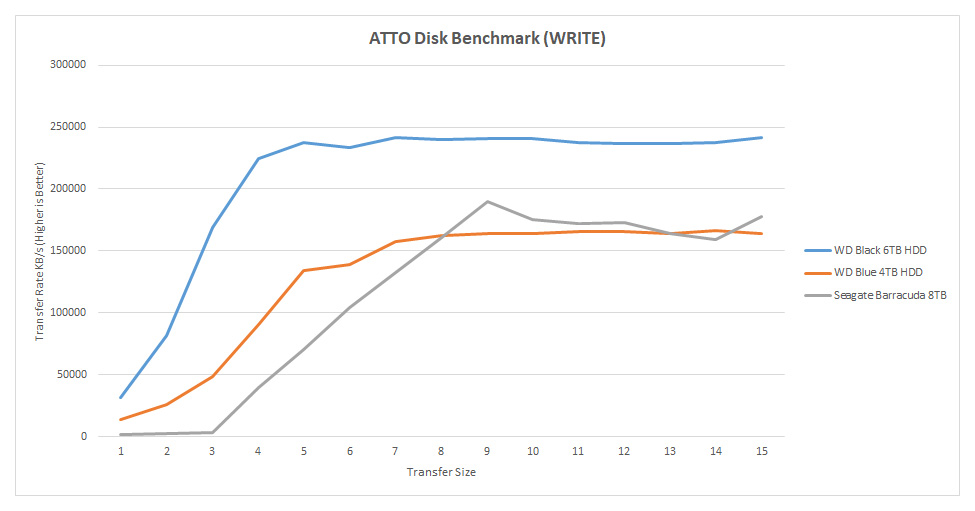 Its performance, while not as fast as the 7200 RPM WD Black 6TB HDD, is still quite impressive for a drive running at only 5400 RPM. The BarraCuda 8TB is noticeably faster than the 4TB drive and easily reaches its rated speed of 190 MB/s in CrystalDiskMark. The only time the 4TB drive trumps the 8TB is during the random write test of CrystalDiskMark and while the 4TB drive also handle smaller data transfers faster, the BarraCuda 8TB is definitely faster overall, especially for larger blocks of data.

The Seagate BarraCuda 8TB is undeniably a pretty big investment with its hefty price tag of around PHP 13,000. But its cost-to-storage ratio is simply the best in its class right now and its large capacity is not only unmatched but will be capable of fulfilling your storage needs for much longer than its smaller-sized counterparts. While its performance isn’t anything spectacular, it’s definitely still impressive for a hard drive in its size and speed class. Those looking to store a large amount of files will definitely be satisfied with the BarraCuda 8TB and being able to store most of your data in a single drive rather than having to purchase multiple smaller drives is a big advantage for those with fewer drive bays in their rigs. While the barrier to entry is a bit higher compared to smaller drives, the investment will definitely be worthwhile.