realme recently launched its new Buds T100 in the Philippines and the new pair of affordable true wireless earbuds are looking to be a strong contender in the affordable TWS market. We got to spend several weeks trying out the T100 and it has easily become our daily driver not just on-the-go but also at home. 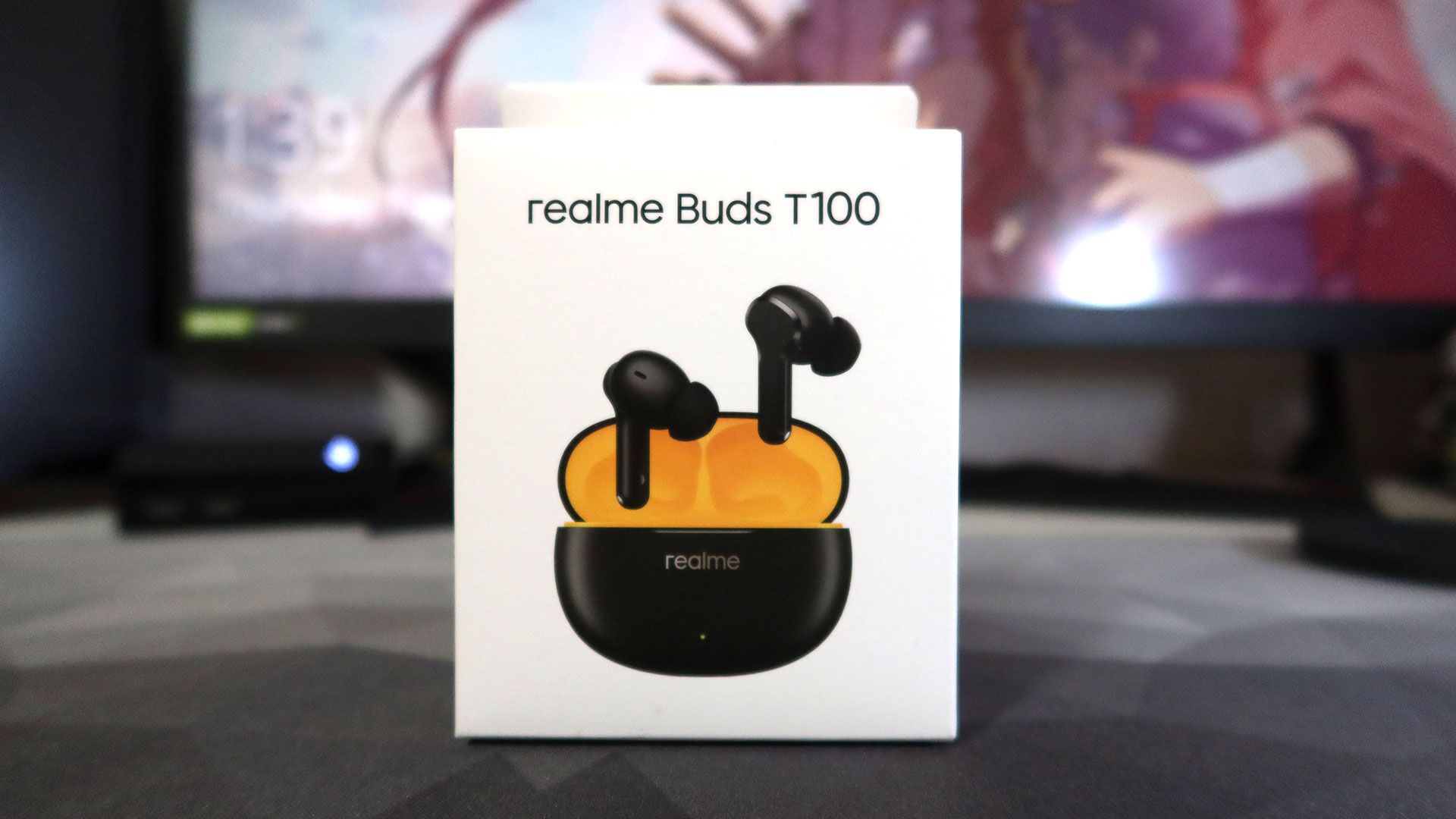 First off, the realme Buds T100 is currently available in two two-tone color variants – black/orange and white/light gray. The company also plans to release a blue/black and red/black variants in the future. The case of the black version features a yellow-orange interior while the white variant is light gray inside. We got the white version for our review.

The white case of the realme Buds T100 comes in a sleek glossy finish that makes it look quite premium. The glossiness of the finish initially makes it seem like the case will be a dust and fingerprint magnet but that surprisingly isn’t the case with the T100 case.

The design of the case is typical of many TWS earbuds, with a flip up top and slots where the earbuds fit into for storing and charging. There’s a long groove between the main body of the case and the flip-up top to make it easier to open. 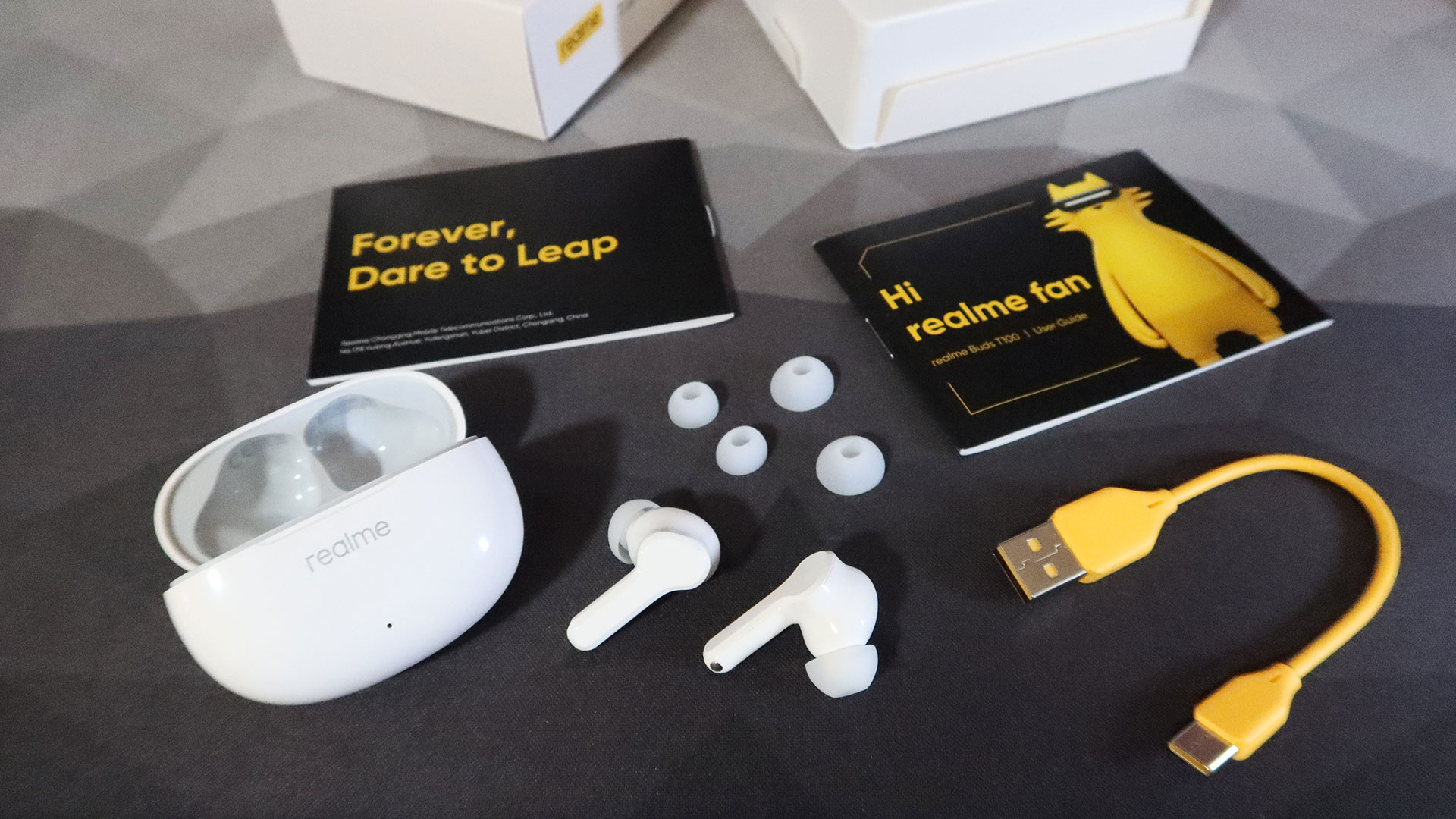 The exterior of the case is pretty simple, with just the realme logo and an LED indicator light at the front as well as a USB Type-C port at the bottom of the case.

The realme Buds T100 comes with three silicone ear tips – small, medium, and large. They’re fairly easy to remove and put on, with two small tabs to keep them in place. Another interesting thing to note is that the nozzle of the T100 is oval-shaped instead of the typical round, although I’m unsure how that affects the sound signature of the earbuds. 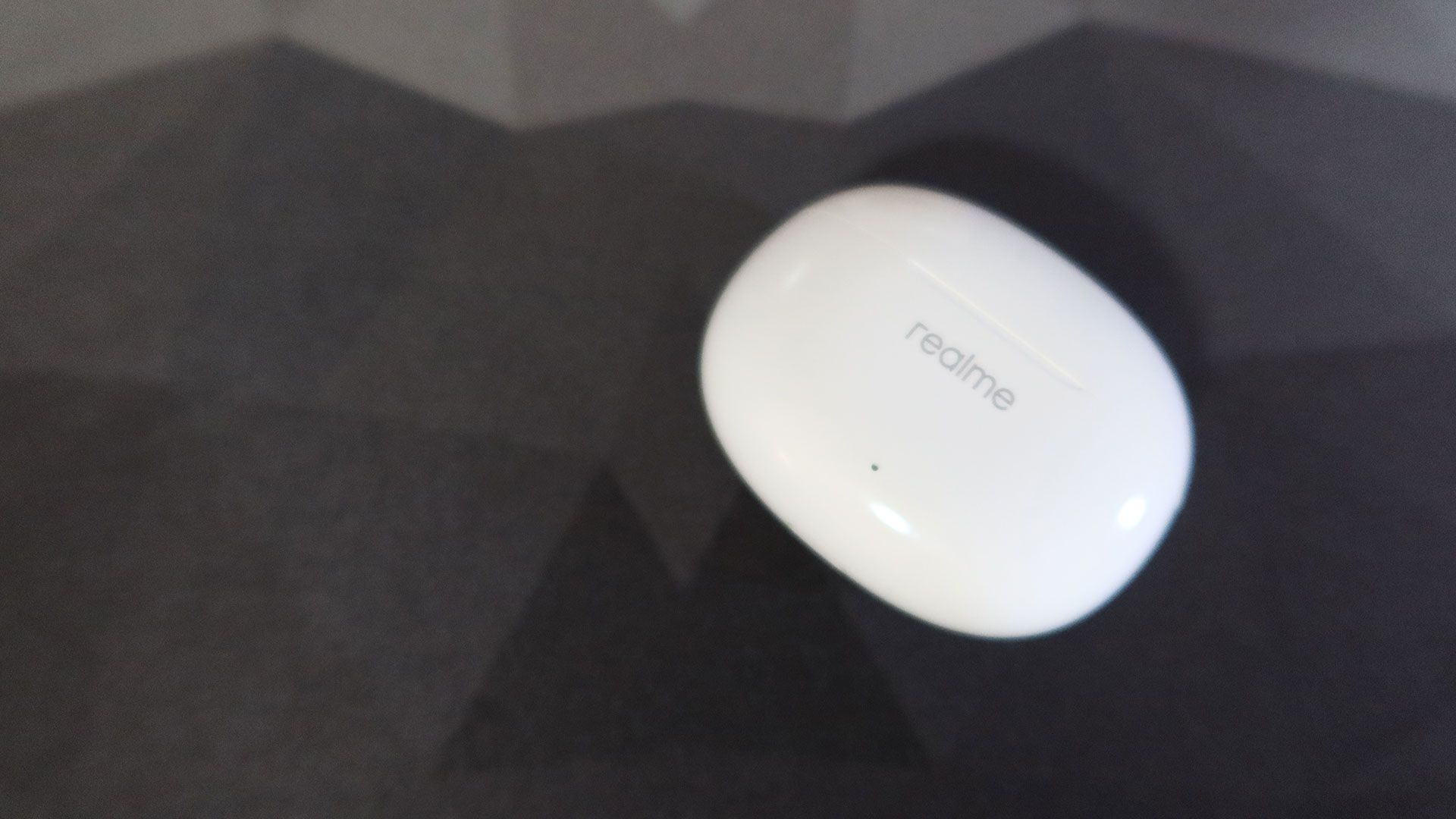 The realme Buds T100 supports Google Fast Pair, making it easy to pair it with your Android smartphone. When the T100 is in pairing mode and your Android phone’s Bluetooth is switched on, a large notification with the product image and name (in this case the realme Buds T100) will pop-up asking you to confirm pairing with it. With Google Fast Pair, you won’t need to manually go into your phone’s Bluetooth settings to pair it with the T100.

The realme Buds T100 also works with the realme Link app, allowing you to change the earbuds’ EQ preset, activate its volume enhancer or game mode features, and customize the T100’s touch controls.
The realme Buds T100 has three EQ presets available in the realme Link app – Bass Boost+, Balanced, and Bright. We’d recommend just staying in the Balanced mode as a bit of clarity in the mid and sub-bass is lost when in the Bass Boost+ mode and the Bright preset begins introducing some slight harshness and sibilance, which can be fatiguing. 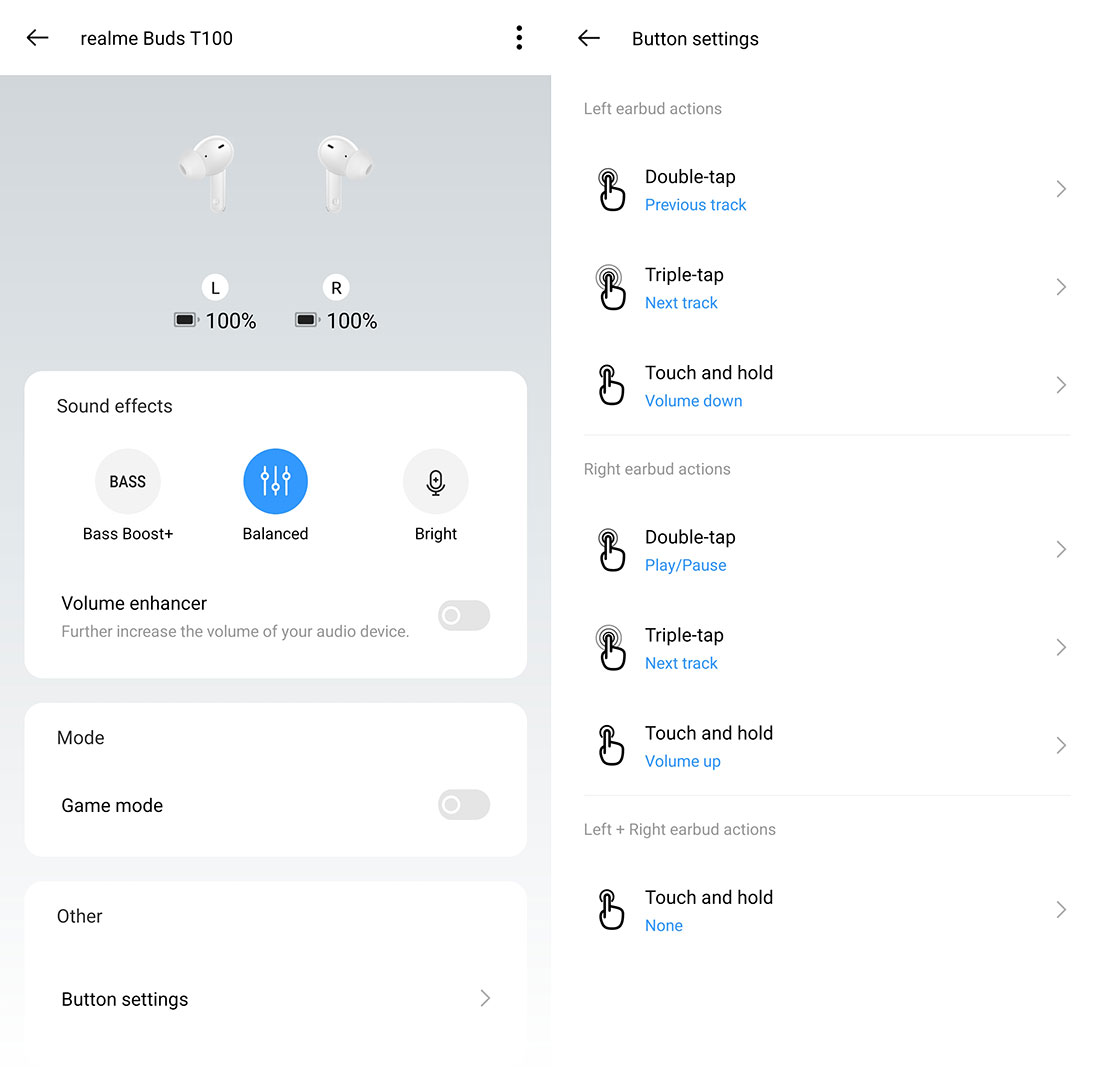 You can customize the touch controls of the realme Buds T100 to change what double- or triple-tapping as well as holding either or both earbuds will do. The functions that can be assigned to them include play/pause, next/previous track, volume up/down, activating your device’s voice assistant, and turning on Game Mode.

Game Mode reduces the connection latency between the T100 and your device to make it suitable for gaming, at the cost of reduced battery life. According to realme, activating Game Mode can reduce latency to as low as 88ms, which is great for not only gaming but also when watching videos.

While there wasn’t any noticeable audio delay when watching videos with the realme Buds T100 most of the time we were using it, we found that reconnecting the devices usually remedy any delay if and when it becomes noticeable.

From the get go, it’s easy to tell that the realme Buds T100 is a bass-centric pair of earbuds, with lower frequencies that are prominent and forward. The punchy bass is followed by clear vocals and slightly recessed highs, giving the earbuds a warmer sound signature. This makes the T100 suitable for a wide range of genres and provides a more relaxed listening experience, making it great for those who like to listen to music while working or studying. 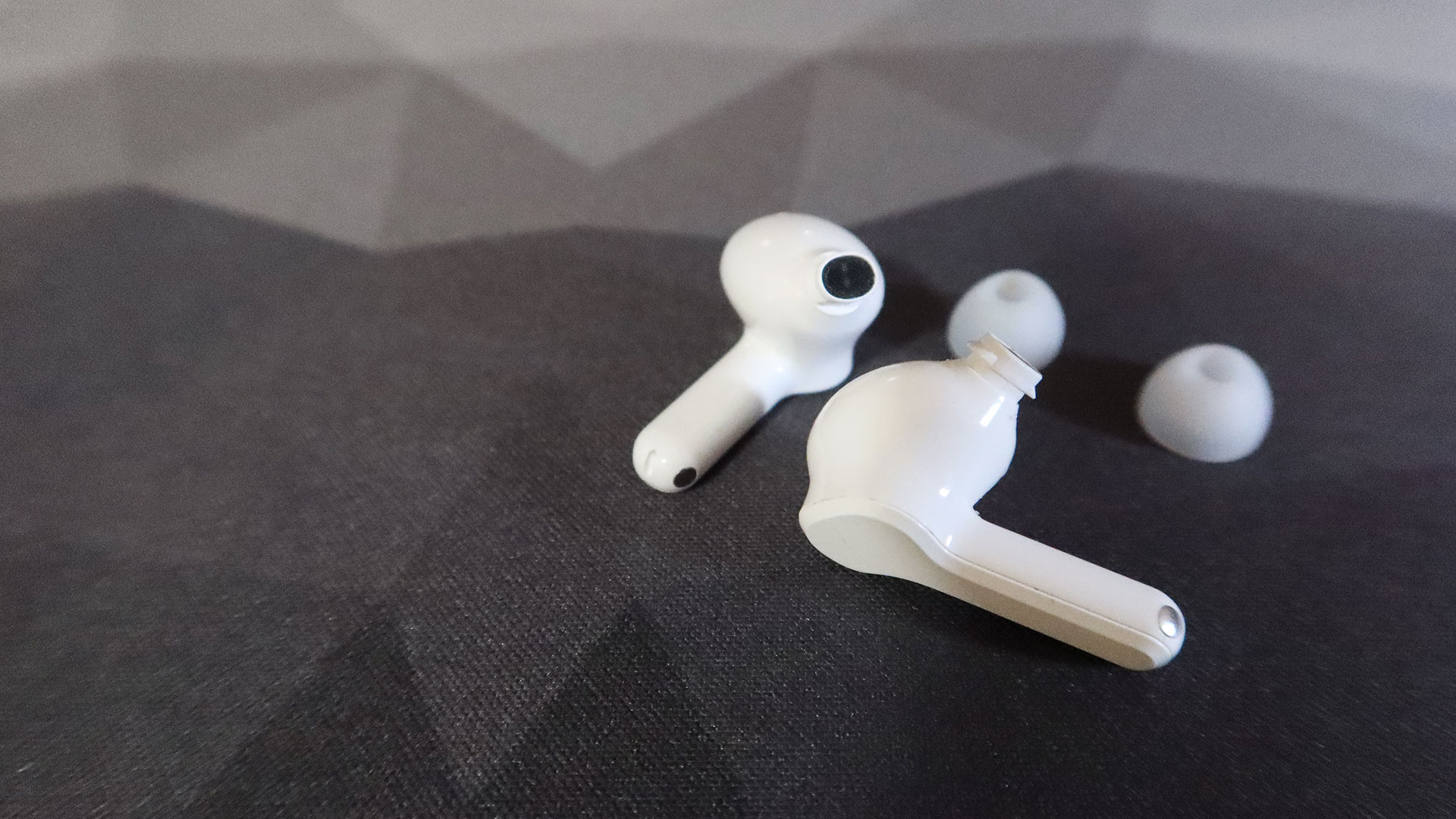 Some of the genres we found sounded particularly notable with the realme Buds T100 are jazz, hip-hop, pop, and rock. Some of the artists and tracks we listened to include YOASOBI’s Shukufuku, ReoNa’s Shall We Dance, Lilas Ikuta’s Sparkle, Hiroyuki Sawano’s Avid, Mori Calliope’s Live Again, Seatbelt’s TANK, and many more. Even after hours of using the T100, we didn’t feel much listening fatigue, although your mileage may vary.

When using the Balanced EQ preset, the amount of discernible detail and the clarity of the T100 is pretty impressive and definitely punches above its weight. However, the mid and sub-bass do begin to get muddy at higher volumes, but that’s also expected from earbuds at this price range. The soundstage of the T100 is also relatively narrow but the imaging and instrument separation are commendable and make up for the smaller “listening space.”

During our review, the realme Buds T100 was able to pretty much achieve its claimed battery life. We used the earbuds about 4-5 hours per day on average at about 40% volume and we only had to charge the case about once a week. Charging the T100 was also impressively quick, taking less than an hour to fully charge from empty using our 100W GaN2 quick charger. Your charging time may vary depending on the charging adapter you use though.

Priced at only PHP 1,299, it’s hard not to recommend the realme Buds T100 to casual listeners on a tight budget. It not only sounds better than you’d expect from a product in its price bracket but it also comes with a set of features that are actually useful, such as its Google Fast Pair support, game mode, and customizable touch controls. Those looking for affordable TWS earbuds should definitely check out and consider the realme Buds T100.