The Monster Hunter series is primarily known for its action-packed gameplay, intimidating learning and difficulty curve, and larger than life weapons and monsters. But the franchise’s latest spin-off, Monster Hunter Stories 2: Wings of Ruin, takes a completely different approach to the series to make it more accessible and potentially appeal to a wider and younger audience. Co-developed by Capcom and Daemox X Machina maker Marvelous, Monster Hunter Stories 2: Wings of Ruin takes most of the gameplay elements of its predecessor while introducing several changes and improvements. It also features a brand new story that allows players who weren’t able to play the first game to still understand and enjoy it.

Monster Hunter Stories 2: Wings of Ruin features a much more lighthearted premise than the other games in the franchise. However, much like them, the story of Wings of Ruin acts as more of a driving force to push players towards the game’s different locations to encounter its large stable of monsters. In Wings of Ruin and the Monster Hunter Stories series in general, players take on the role of a Rider rather than a Hunter. Instead of purely hunting monsters, Riders also tame them to become their partners. The game attempts to put an even more lighthearted twist to this element by calling these partners Monsties. However, Riders and their Monsties still hunt and fight monsters for materials to make their armor and weapons, just like Hunters do. 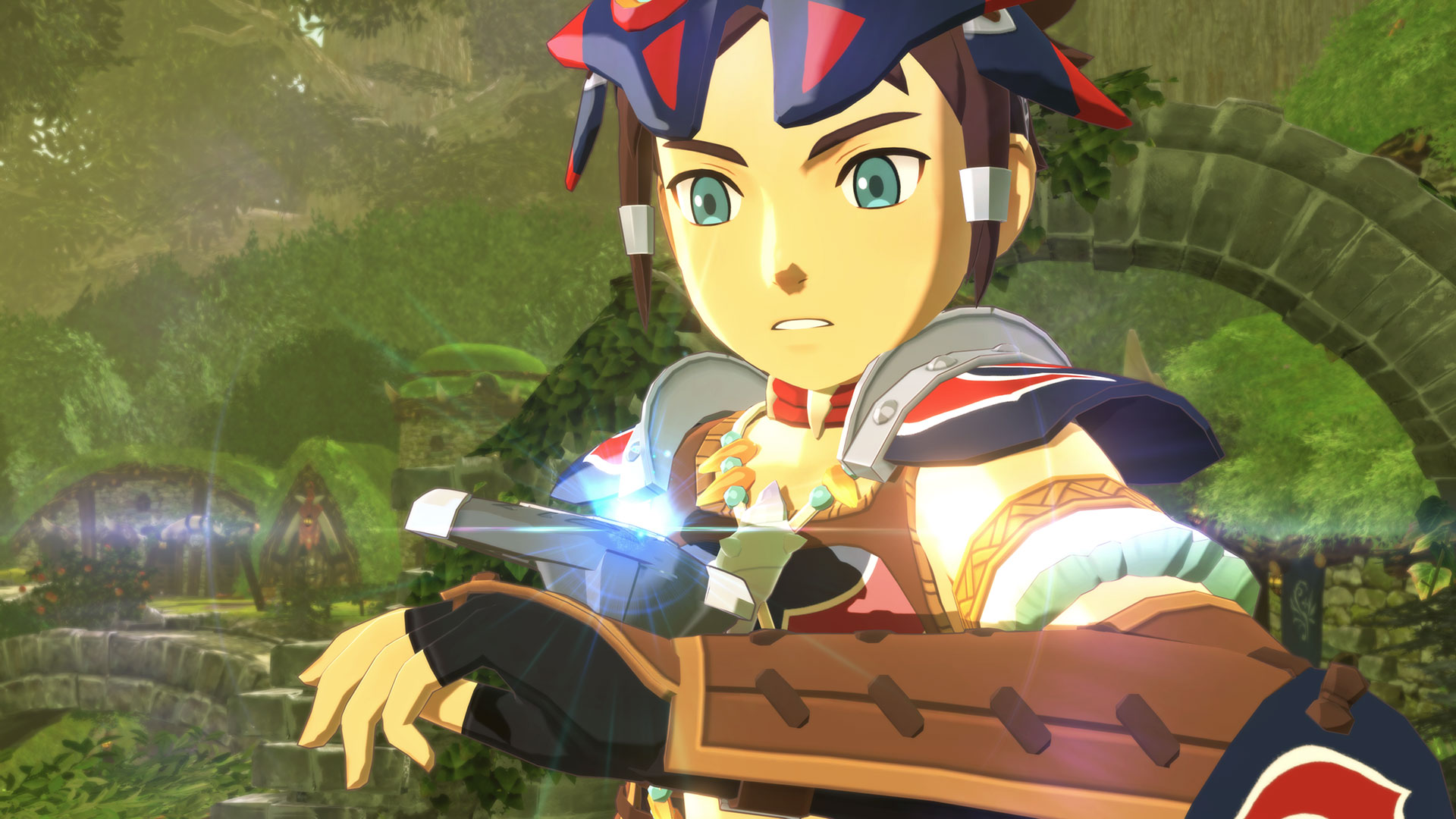 The story of Wings of Ruin doesn’t really present anything complex or groundbreaking and features quite a number of typical tropes present in many shonen stories. As previously mentioned, players don’t need to have played its predecessor as the stories of both games are independent of each other although Wings of Ruin does feature several appearances by characters from the first game. Nonetheless, its less complicated story does make the game more accessible, especially to a younger audience, which is who the game looks to be primarily targeted towards. Additionally, it also features a few fun references to another popular franchise from Japan that also features Riders in it, which is a nice inclusion. 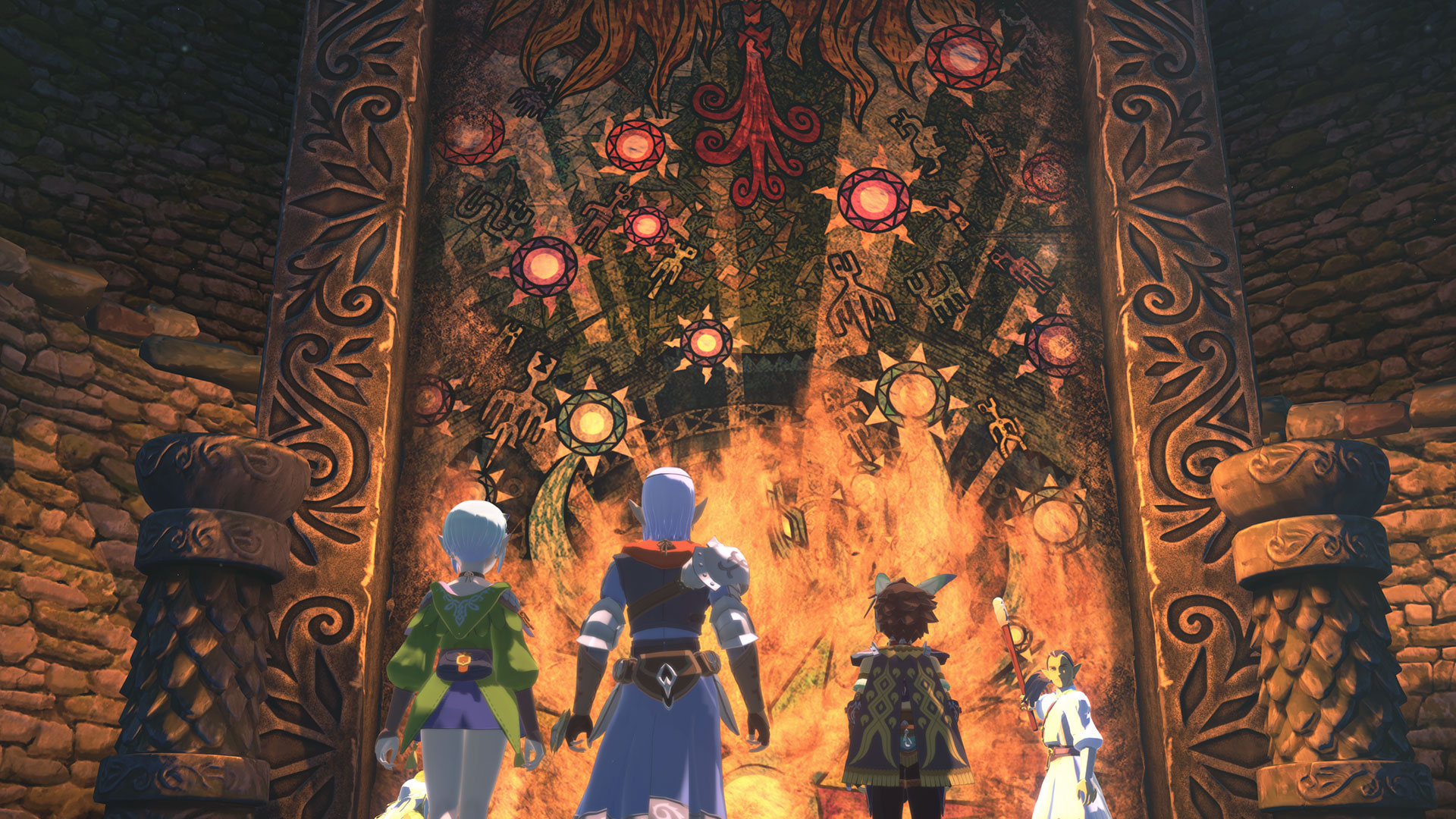 The more lighthearted themes of Wings of Ruin also extend to its visuals, which is one of the first things that people will notice about the game, especially if they’ve only played the mainline Monster Hunter games before. While the series’ main titles feature a more serious look and tone, Wings of Ruin presents a brighter and more colorful visual style with cel-shaded, anime-like graphics that are used for both its gameplay and cutscenes. The game’s character designs are obviously geared towards a younger audience and while the monsters still look very much like their mainline counterparts, they look slightly less menacing than they normally would. Regardless, the visuals of Wings of Ruin are still pretty impressive, especially how they’re presented in its cutscenes and combat. The only 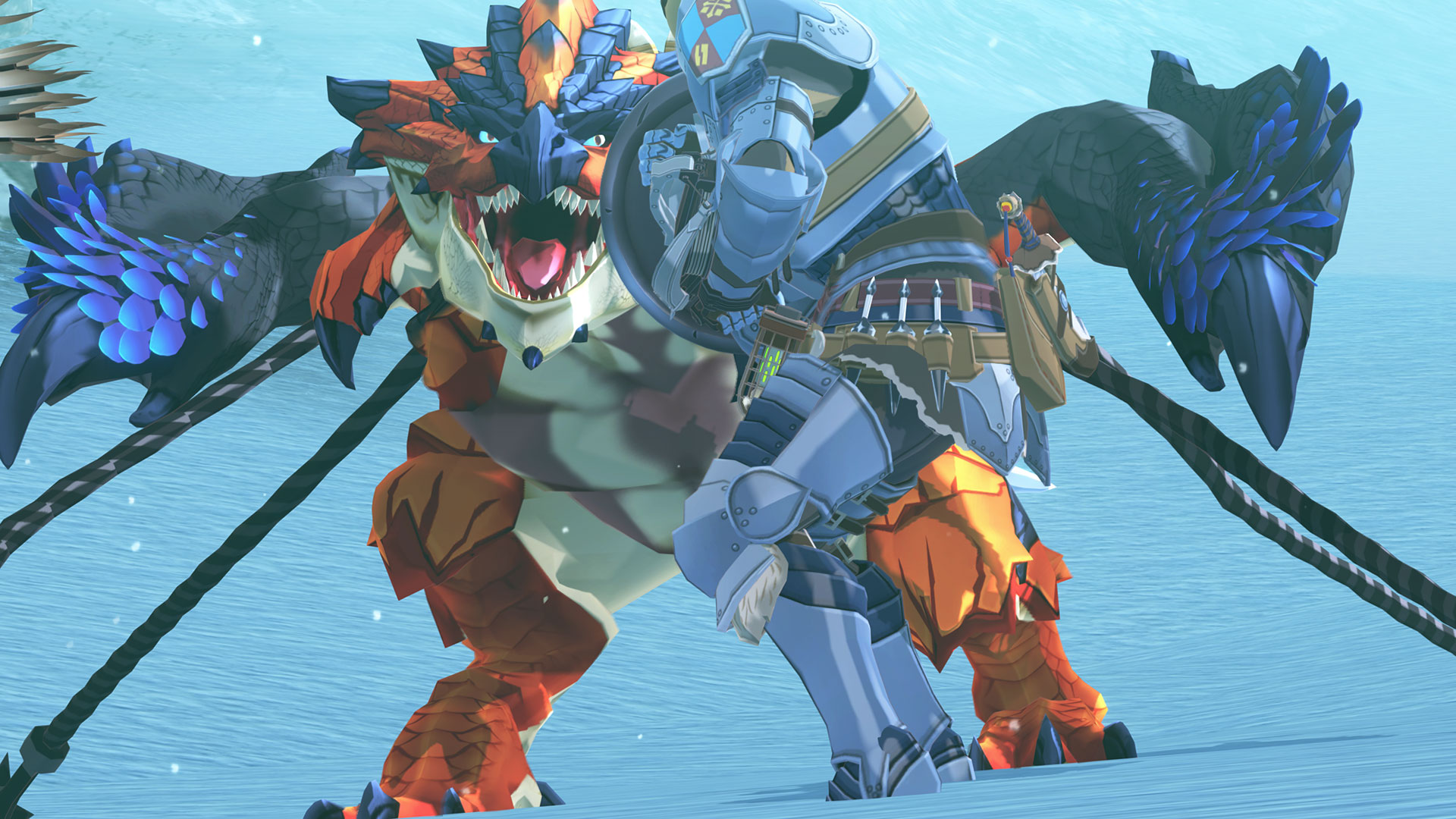 As previously mentioned, Monster Hunter Stories 2: Wings of Ruin still features most of the same gameplay elements as its predecessor, albeit with a few changes and additions. Its turn-based combat primarily revolves around a three attack type system akin to rock-paper-scissors. Players can choose to attack using either a Power, Speed, or Technical attack, which will achieve different results depending on the situation. If a character or Monstie and an opponent are targeting each other, the losing attack type will take significantly more damage and if the player and Monstie both win a match up, they’ll execute a combined strike that cancels out the opposing attack. 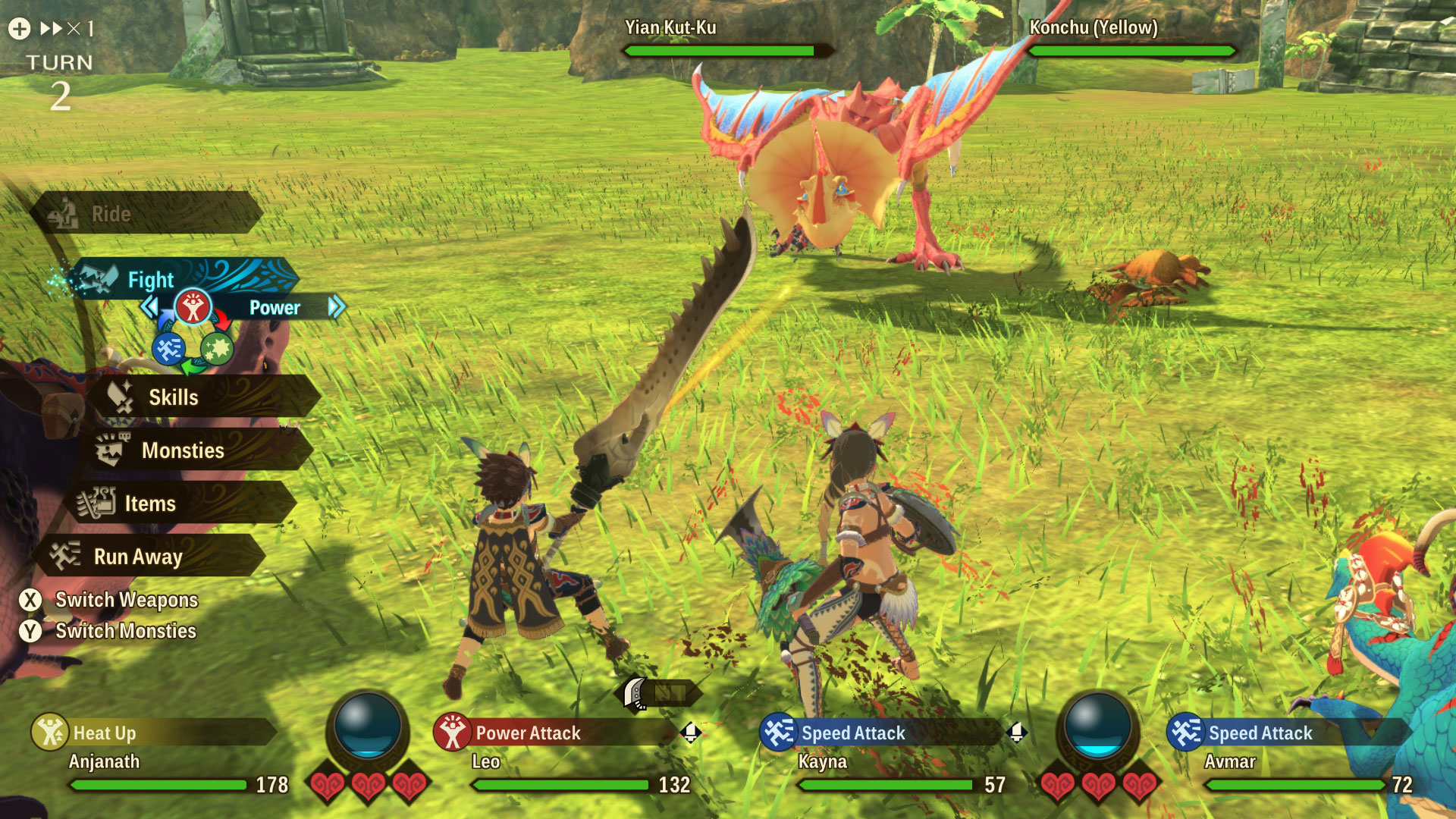 Monsters can also enter an alternative state that players have to watch out for as their attack pattern and type changes when it happens. Apart from the rock-paper-scissors system, which also mostly applies to Monstie and Rider abilities, there’s also a conventional elemental strength/weakness mechanic with each Monstie and monster having one element they’re strong with and another they’re weak against. 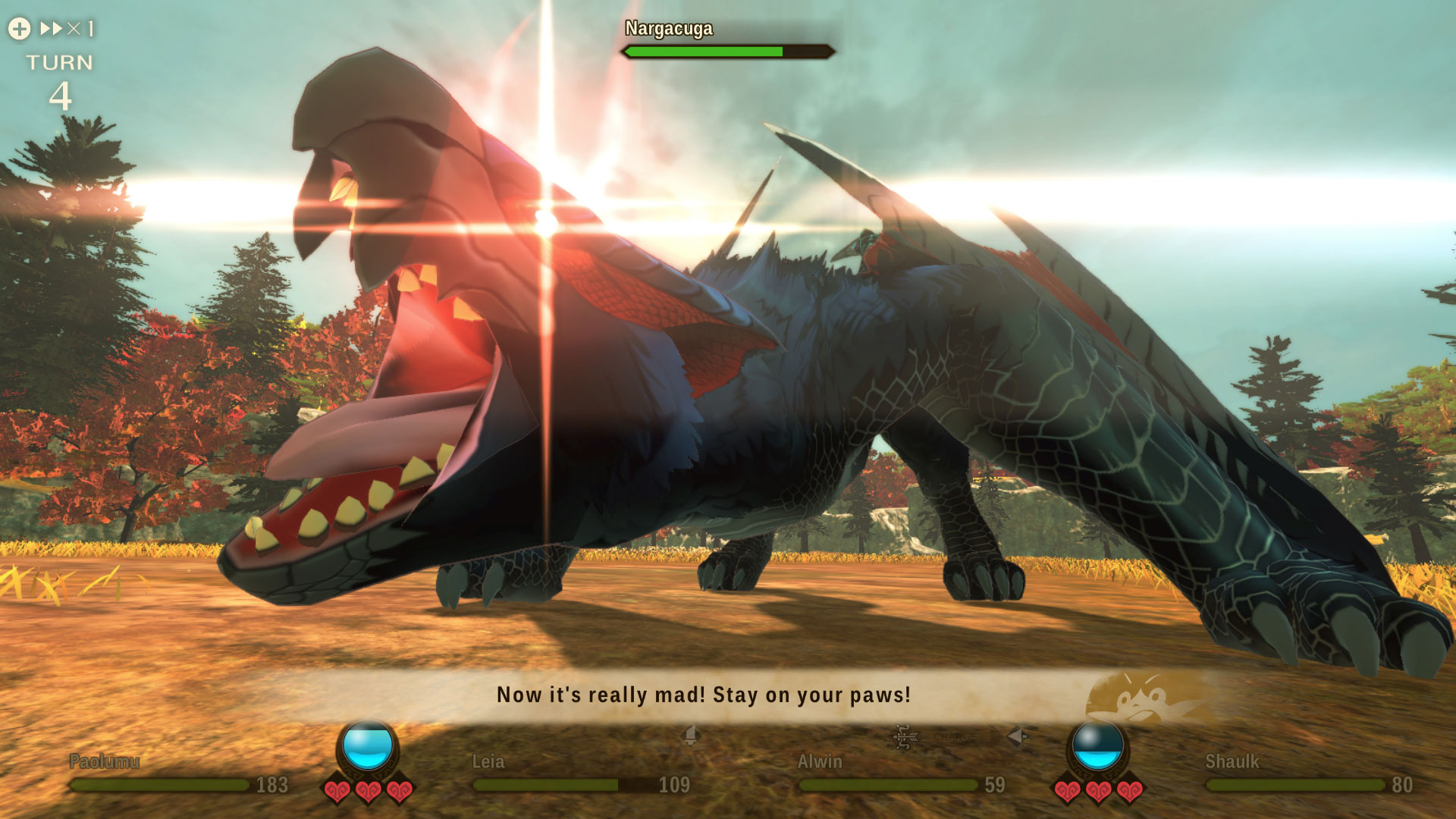 Some enemy monsters also feature multiple parts that can be damaged and broken, with each part being weak to one of the three weapon damage types. The game includes six weapon types, with each one featuring their own unique mechanics, that fall under either Blunt, Pierce, or Slash. Having to use a specific weapon damage type to break specific parts adds another layer to the game’s combat alongside the rock-paper-scissors and the elemental weakness systems. It makes players think more specifically about the weapons and Monsties they bring along, as they’ll only have up to three weapons and six Monsties on hand outside of the game’s towns which they can switch one per turn in combat. 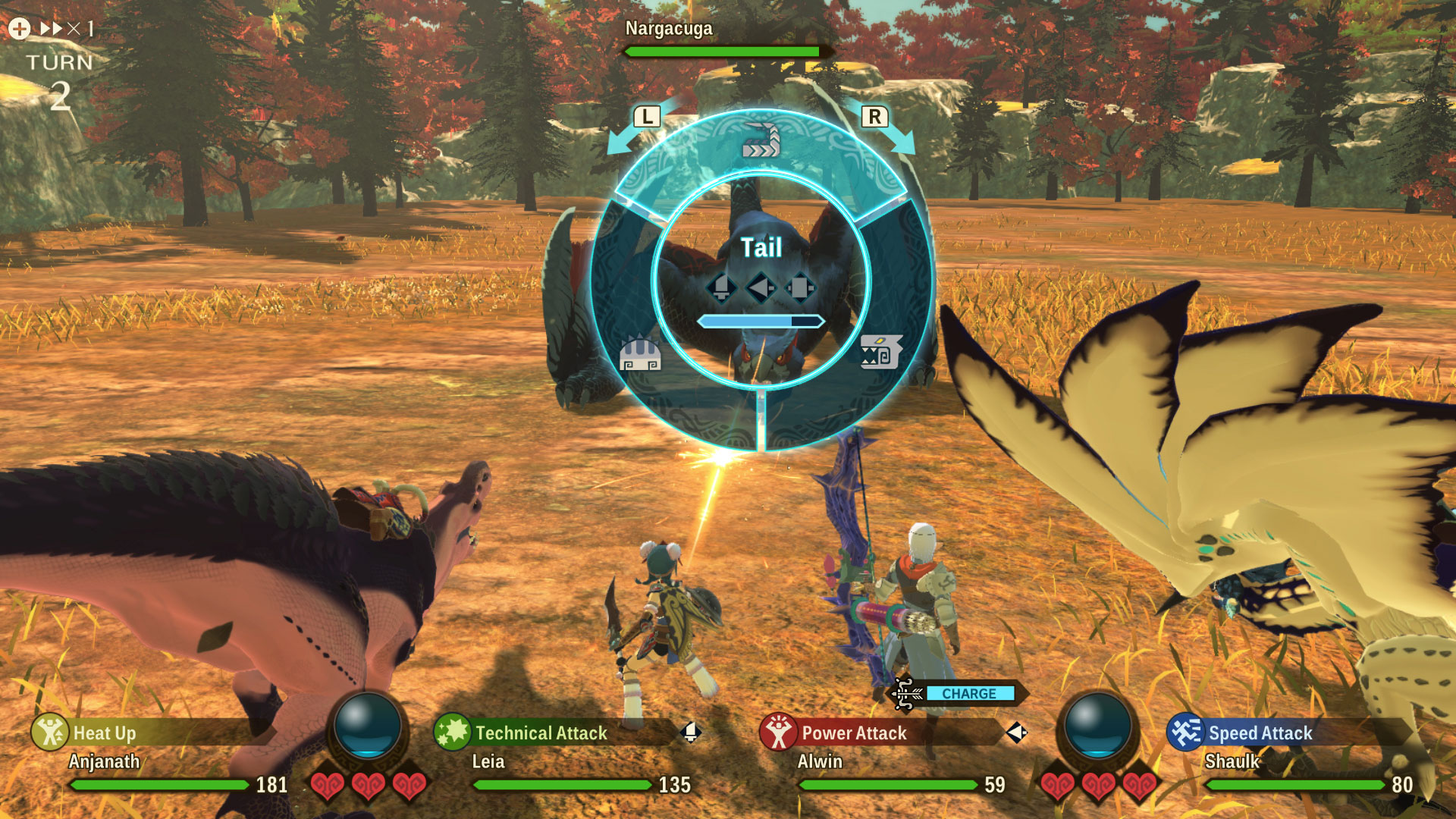 While amassing one’s inventory of Monster-based weapons and armor follows pretty much the same formula as other Monster Hunter Games, which involves collecting materials and having them crafted into gear, getting more Monsties requires a bit more luck. Building one’s roster of Monsties involves ostensibly stealing an egg from the many Monstie dens that are found throughout the game’s numerous locations. Players can either enter one of the randomly spawned dens or force specific monsters to retreat to lead them to their respective den. While the former will net the player an egg of a random Monstie, the latter will assure what will hatch out of it. 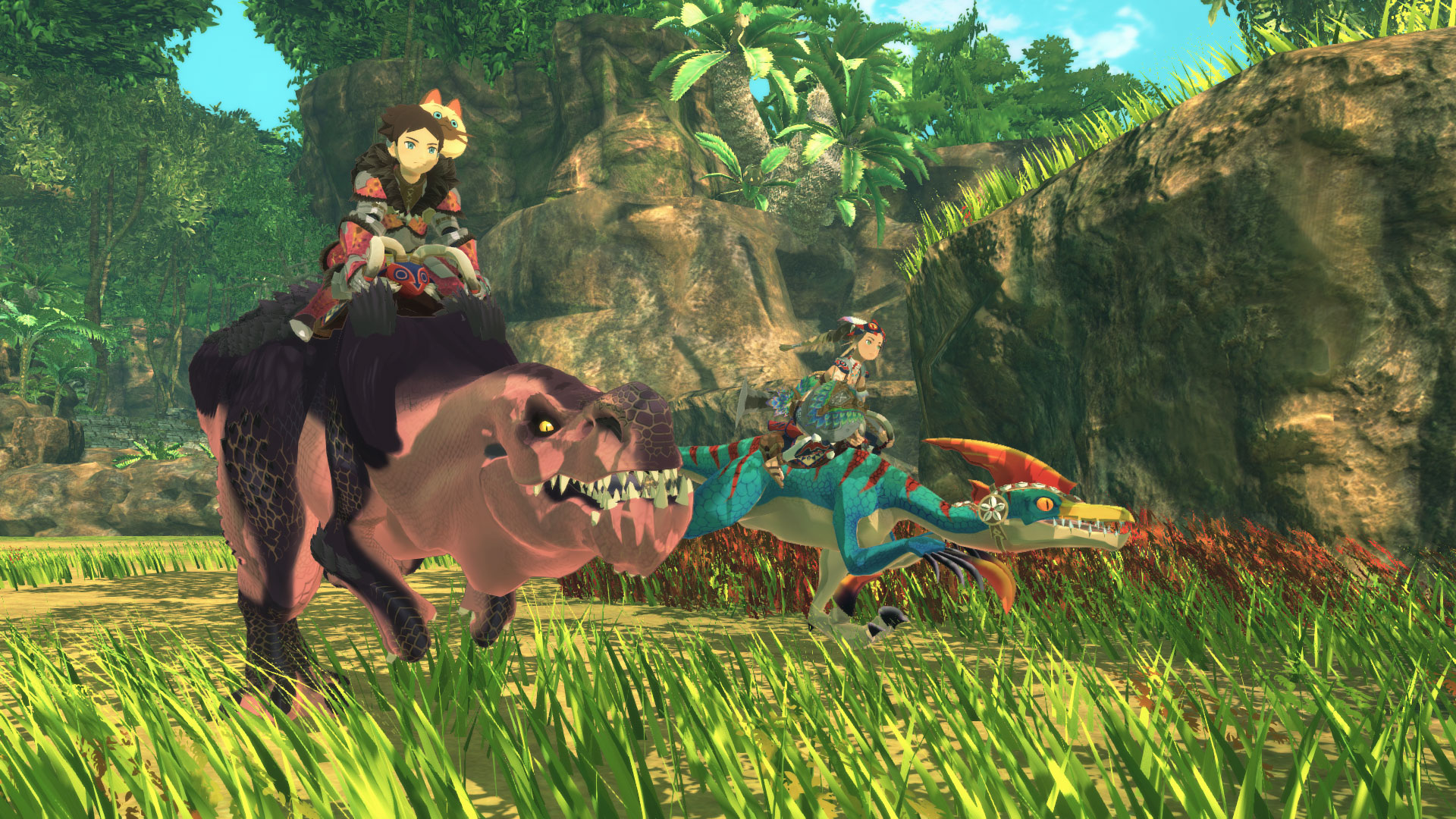 Unlike the mainline Monster Hunter games, which usually feature a central hub and several maps that players are loaded into during missions, Wings of Ruin features a semi-open world with several hubs and maps that are mostly connected to each other. The hubs and maps also feature fast travel points that makes getting from one place to another much quicker. Apart from the ones that are triggered through the game’s story, combat encounters within the semi-open world are usually initiated by bumping into the roaming wild monsters or enemy Riders in the area. 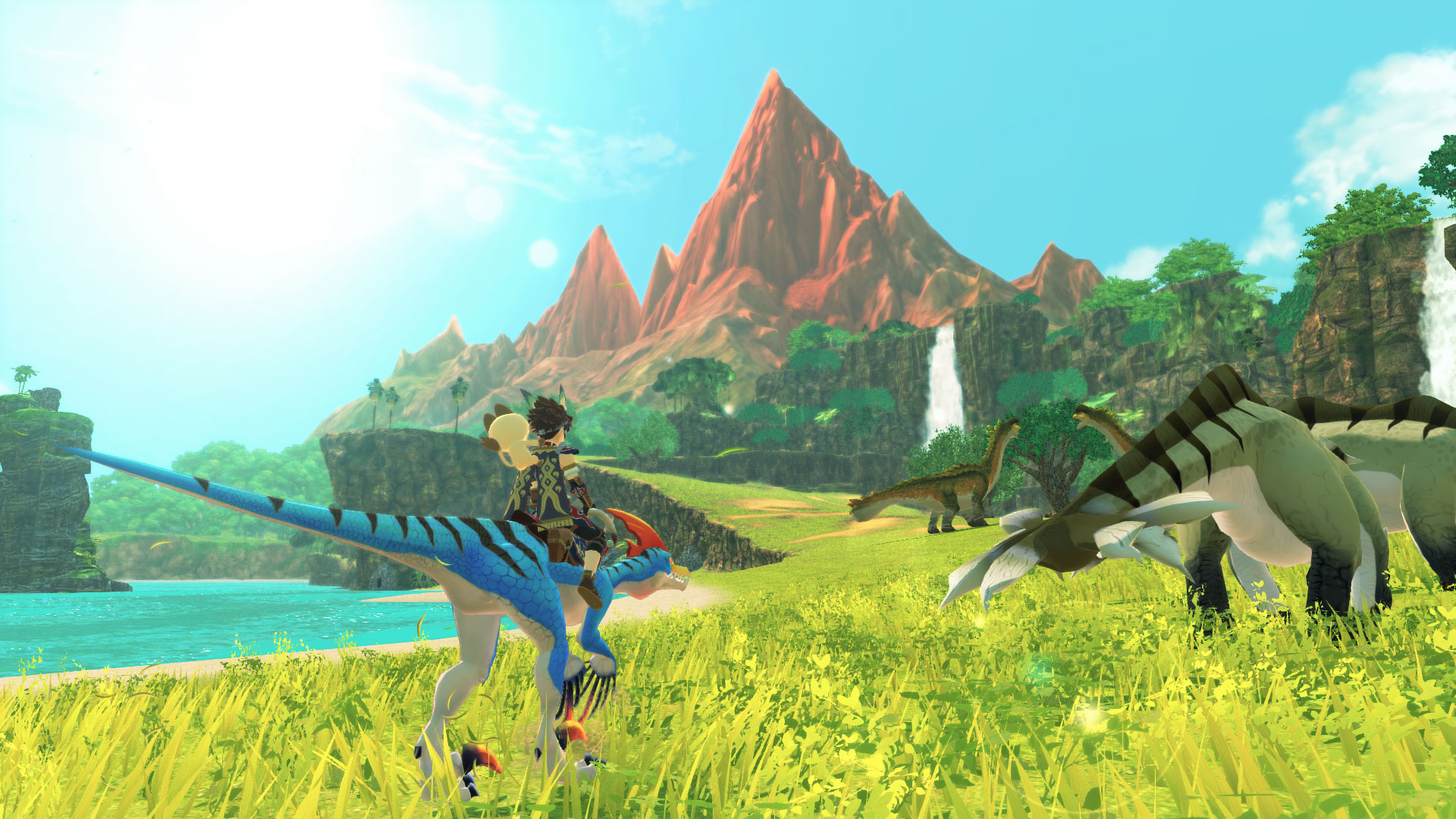 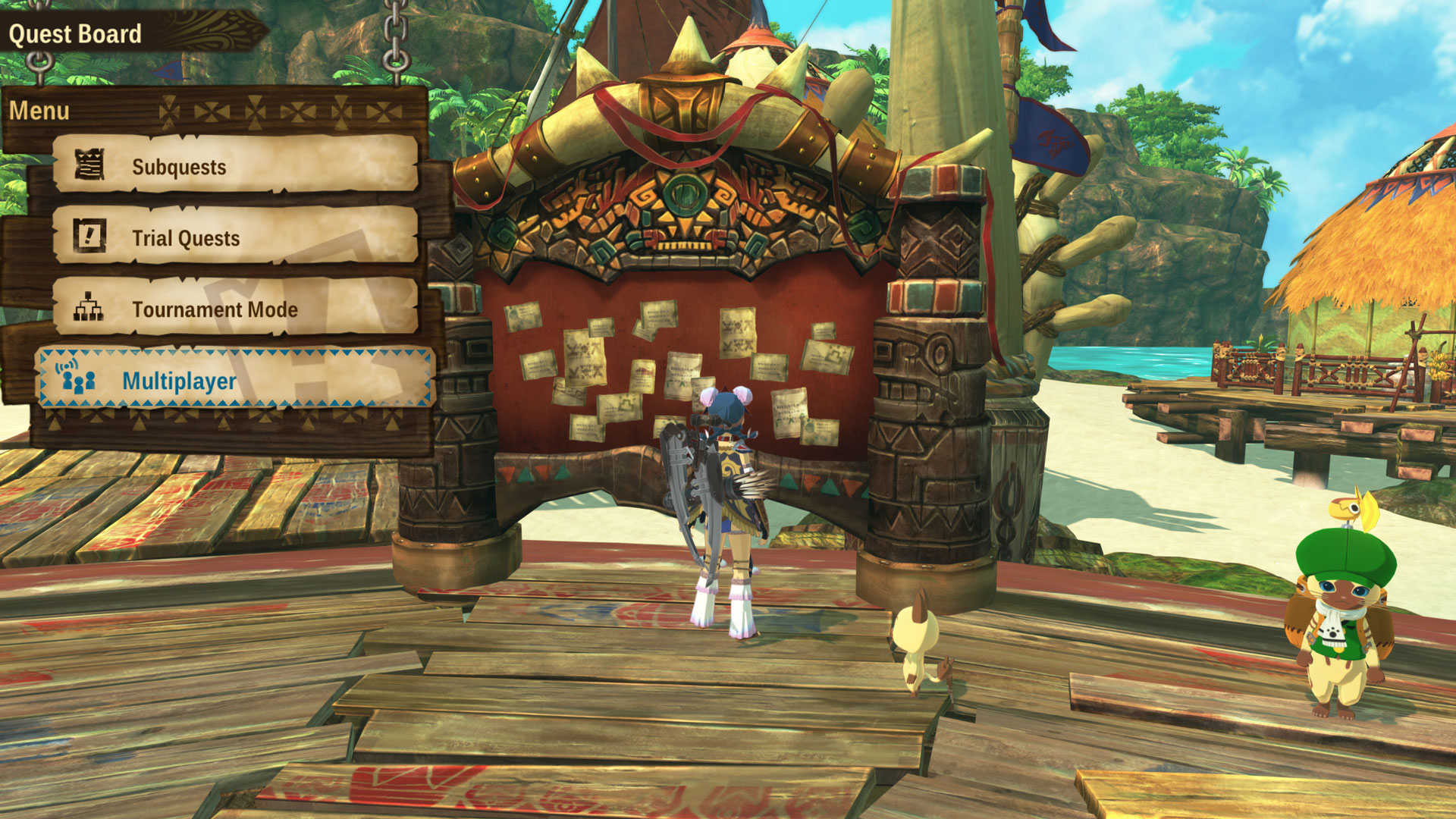 Wings of Ruin does start feeling repetitive after a while. The combat starts to become predictable and less challenging and its recycled environments make exploring less interesting. The game does try to add a layer of complexity with its gene system and Elder Lairs. Each Monstie in Wings of Ruin has a 3×3 gene board that can be unlocked and filled with genes that grant either a skill or passive ability. These genes still fall under the game’s element and attack type system and using genes of the same element or type grants additional bonuses. New genes can be taken from other Monsties, which give players an incentive to keep taming them to find the best genes to give their favorite Monsties. 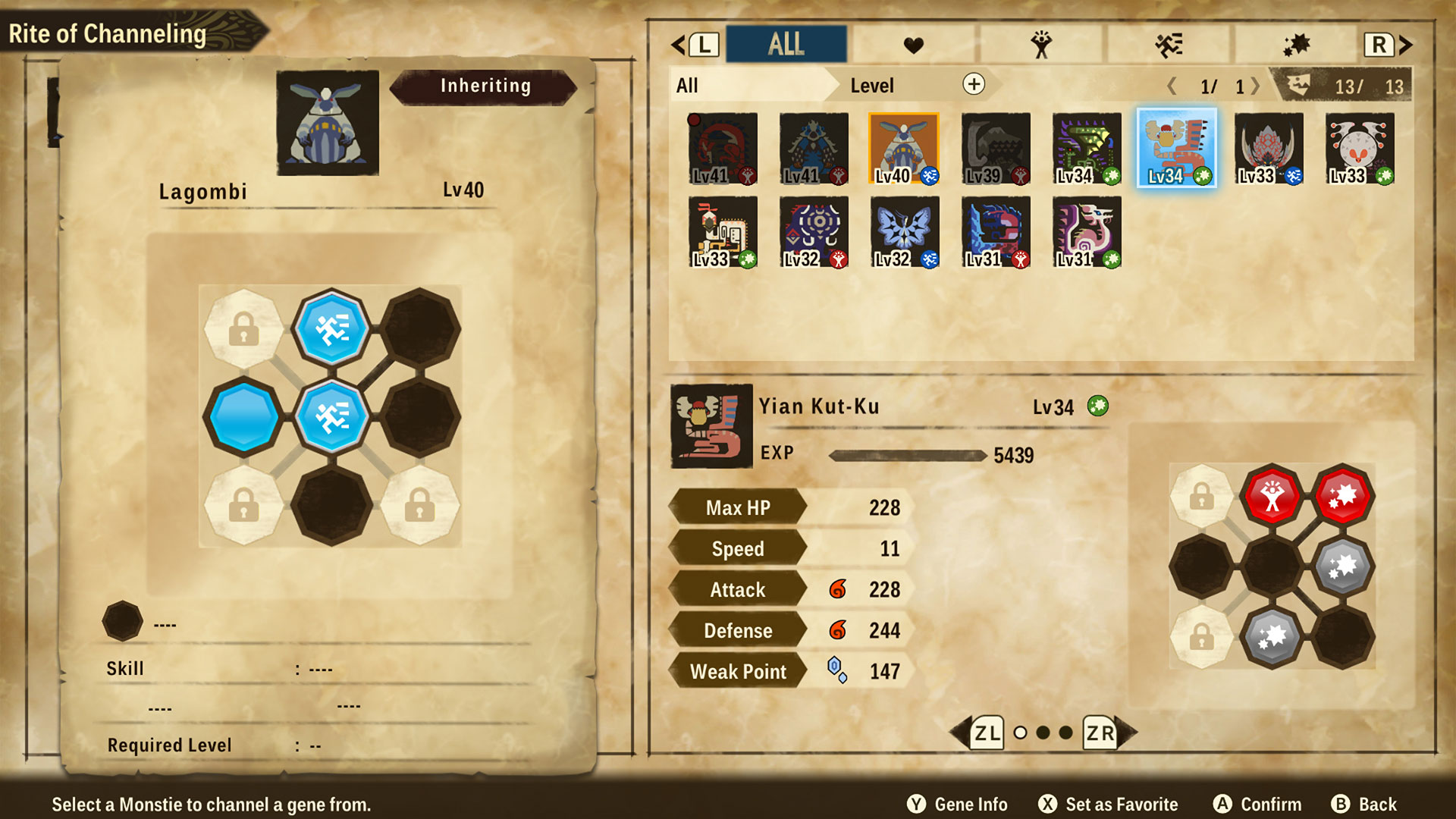 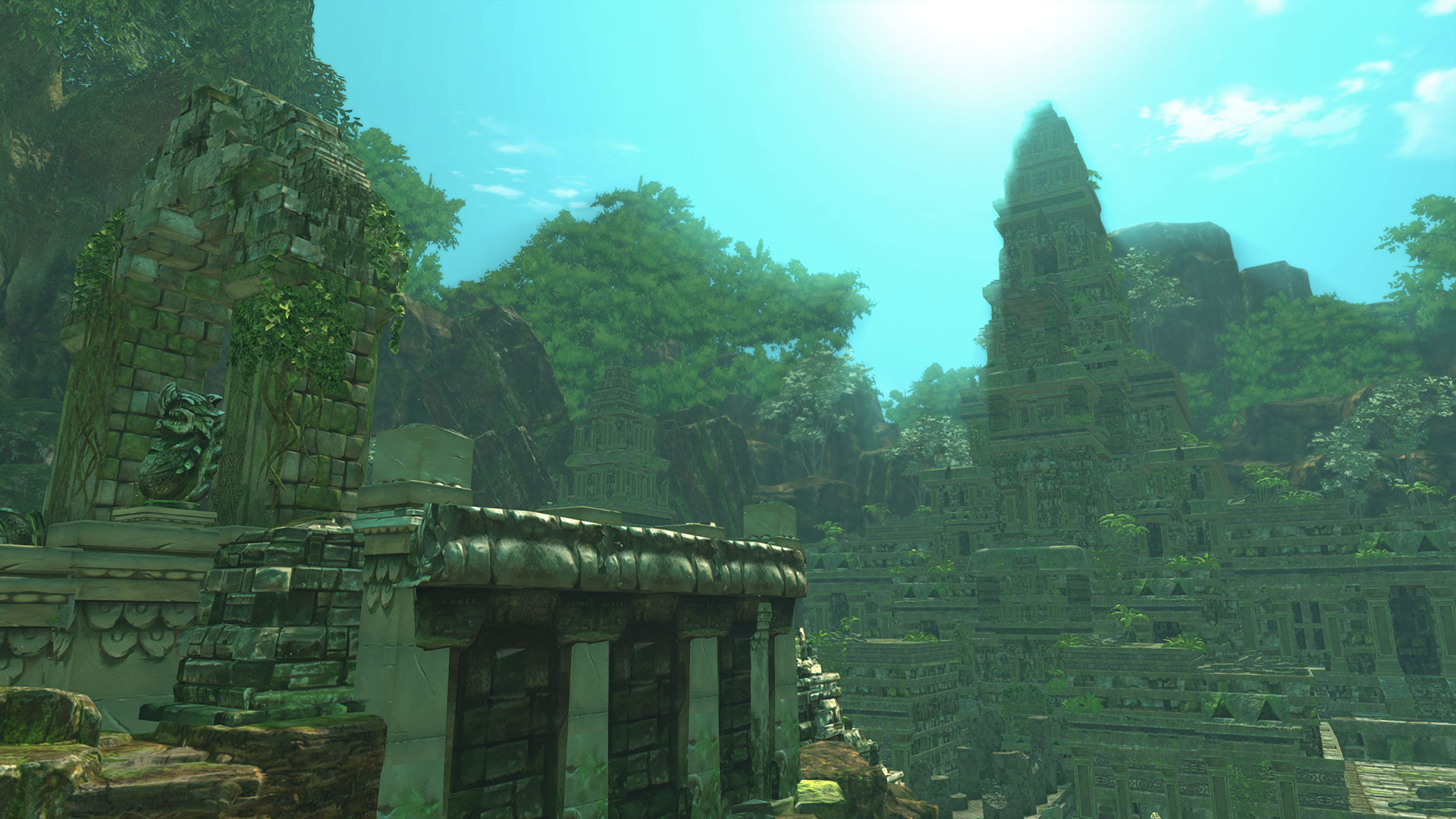 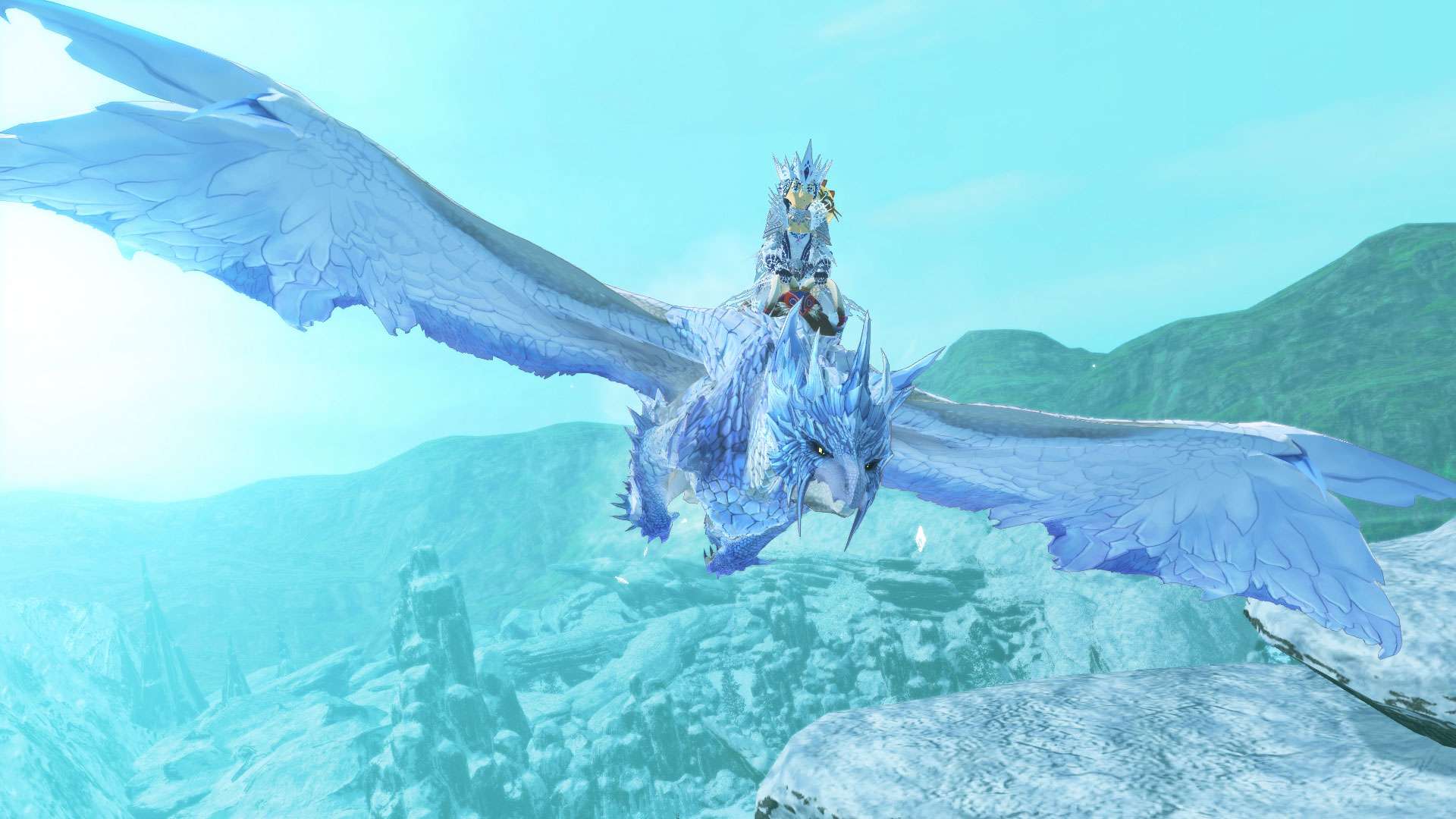 Monster Hunter Stories 2: Wings of Ruin is certainly meant to appease a younger, more casual audience. Its lighthearted visuals and story as well as the simplicity of its core combat mechanics make the game much more accessible than the franchise’s mainline titles. Some of its elements, such as its gene system and Elder’s Lair, do give the game some depth, complexity, and replayability for those who want more to do in the game. While its target market is pretty obvious, older Monster Hunter and JRPG fans may potentially enjoy Wings of Ruin for both its more casual elements and its potential depth.