Early last year Logitech re-introduced their line of gaming peripherals – the Logitech G-series – with a new look and line of new products. The “better” of the two new gaming headsets that were introduced was the G430 – a 7.1 surround-sound gaming headset powered by Dolby Headphone technology. I used the G430 for a few weeks to see how it performs and if it’s worth its SRP of PhpP3,799.00. 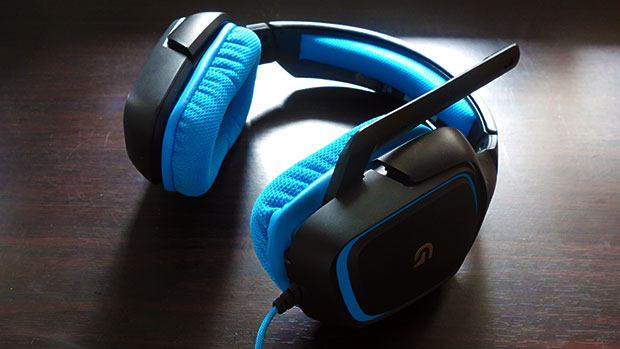 Let me say right off the bat, the G430 is a really good looking headset with its matte black finish and bright blue trim and cloth padding. The way the headband, the ear pieces, and the microphone boom are shaped all scream “sci-fi military” especially when you see “G430” stamped on the sides of the adjustable headband. The G430 is also pretty light with its mostly plastic construction and, in spite of that, feels sturdy enough to survive a few falls off the table. I wouldn’t recommend throwing it across the room in gaming-induced rage though.

The G430 comes with an in-line control module that lets you adjust the headset’s volume as well as mute/unmute the microphone. The module is also clippable so you can clip it to your shirt if you feel that it’s pulling down the headset or getting in the way. In my review, I didn’t need to clip the control module as it was small and light enough to not notice. 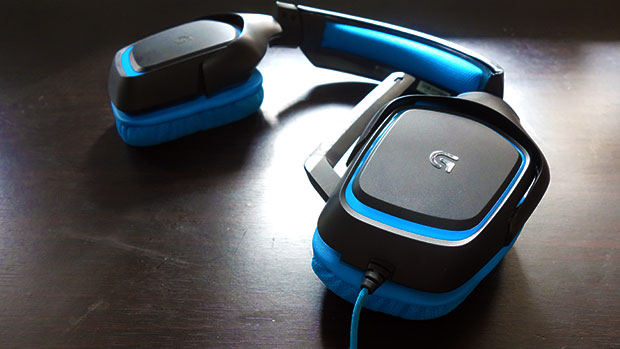 You can swivel the ear pieces 90-degrees to lay flat on a table.

At the other end of the G430’s 3-meter cable are two 3.5mm jacks for headphone audio and microphone. The 3-meter cable can be easily managed with the velcro strap attached to the cable. The headset’s 7.1 Dolby surround sound is achieved via the included USB adapter (without the adapter the G430 will only output stereo sound).

The G430’s headband is adjustable and the ear pieces swivel to provide for a better fit. The ear pieces can also swivel enough to let the headset lay flat on your table when not in use. The G430 sat really well on my head even when I had to twist it a bit to displace one ear piece whenever I had to listen to something external. 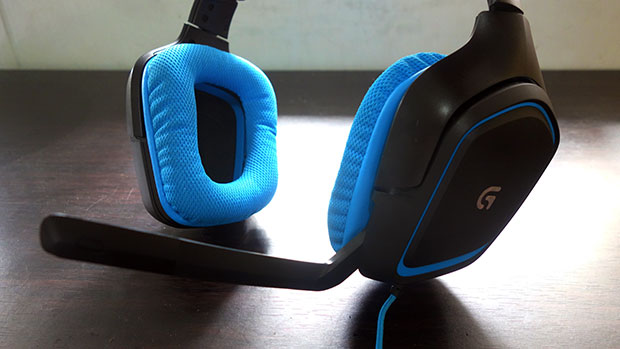 In lieu of the usual faux leather, Logitech has opted to use a “sports performance” cloth for its ear pads and headband padding. The cloth feels like a cross between microfiber cloth and jersey cloth and, surprisingly, feels pretty comfortable. The cloth’s texture is soft enough to not be irritating or uncomfortable. It actually feels somewhat better than faux leather ear pads due to it being able to circulate air better. They’re also easily removable and washable which makes it easy to keep them clean and make them last longer.

I did find the padding on the headband slightly stiff and the clamping force of the headband a bit too strong which led to some discomfort after very prolonged use. And I would have liked it if the microphone automatically muted itself when flipped up – a feature present in similar gaming headsets and a feature I’m surprised Logitech left out. 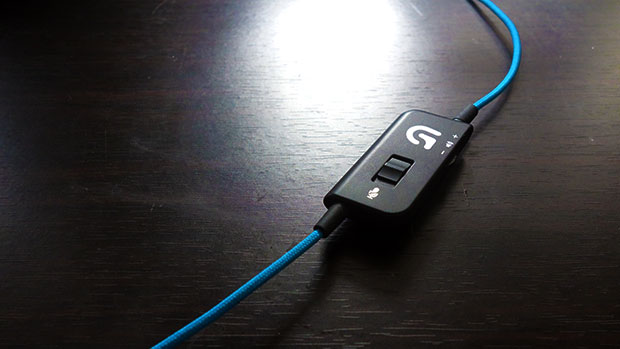 Setting up and using the G430 was fairly easy and straight-forward. It doesn’t come with an install disc so you’ll have to download the drivers and software from the Logitech website but that’s something that’s starting to become more common when buying gaming peripherals.

The Logitech Gaming Software acts as a hub for setting up all your Logitech gaming peripherals, it’s not overly complicated and is easy to use with general options for all your devices and creating profiles. For the G430, the software gives you options for adjusting volume and microphone levels including mute/unmuting as well as the bass, treble, and a 5-channel graphical EQ. The software also lets you switch on/off and adjust each channel of the Dolby 7.1 surround sound. 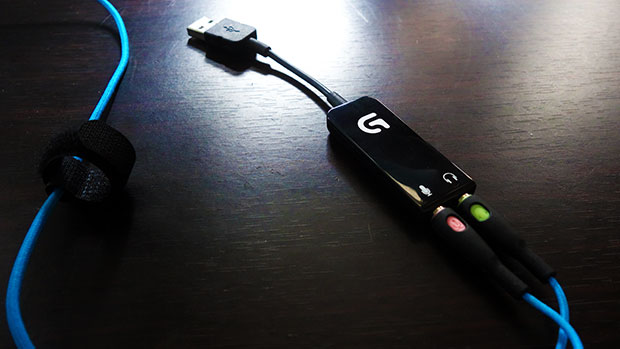 The G430 is equipped with 40mm drivers with an impedance of 32 Ohms, a frequency response of 20Hz -20KHz, and a sensitivity of 90 dB SPL/mW. The G430’s audio performance, when using 7.1 Dolby Surround, sets it way above its price tag and provides a very different when coming from a 2.1 or stereo headphone setup.

When gaming, the G430 gives an immensely immersive experience with clear and crisp surround sound audio that separates the different sounds and their “directions” extremely well and provides enough bass to feel each and every in-game explosion or rumble. When listening to music, the G430, adds air, widens the soundstage, and separates the instruments really well. It gives a “concert hall”-like experience that really immerses you into the music you’re listening to. The G430’s performance in stereo isn’t bad as well but 7.1 surround is where it performs best. 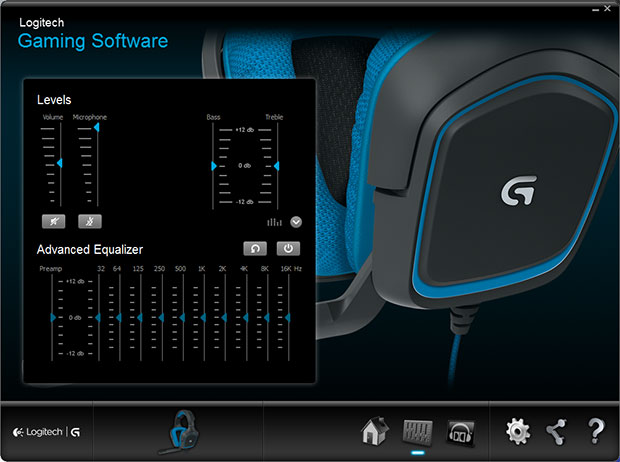 Noise isolation is where the G430 falls short though, the way the pads are designed that are meant to allow better airflow also causes more sound leakage both in and out of the ear cups. It’s not terrible in any way – more background noise seeps in than headset audio leaks out – but if you’re looking for a completely isolated listening experience (no leakage whatsoever) then the G430 might not be for you.

The G430’s microphone is a cardioid condenser microphone that picks up voice pretty clearly. There’s barely any distortion and picks up different tones really well. The microphone’s noise cancellation is good but not great – it can emphasize your voice while dampening most background noise but loud or sharp noises like keyboard typing, a TV or stereo on high, or shouting can still leak through. It’s still pretty good especially for the headset’s price and better than some of the microphones on the more expensive headsets I’ve used. 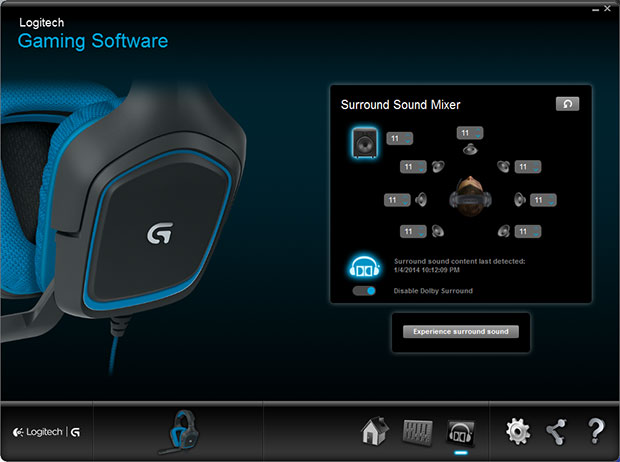 Overall, the G430 is a beautifully designed headset with a more comfortable take on ear cup padding compared to its competitors. It performed really well when gaming and listening to music and the microphone’s performance is pretty good when you consider the headset’s price.

When I did the review, I admittedly didn’t check the G430’s SRP and, by the end of it, expected it to cost at least Php5,000 so I was surprised to see that its SRP was only Php3,799. After reviewing it, I must say, this headset is definitely worth every penny and more. It’s an incredibly affordable entry into 7.1 surround sound headsets and has enough features to make any gamer on a budget adequately satisfied. It’s definitely one of the best value headsets I’ve encountered and I recommend it highly. 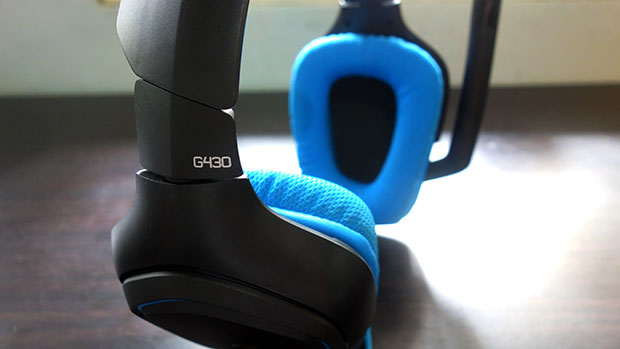