While Logitech has always had budget gaming peripherals in their line-up, the introduction of the Prodigy series and the new products under it groups them all under a single brand. This makes a clear distinction between Logitech’s entry-level and high-end offerings. One of the first products introduced in the Prodigy line is the G213 Prodigy Gaming Keyboard, which is perfect for making the most of games such as Madalin Stunt Cars 3.

The G213 features Logitech’s the same minimalist and boxy design style the company has been using for their most recent gaming keyboards including their G Pro and Orion series boards. The top of the keyboard including the case, wrist rest and keycaps come in a plain and flat matte black plastic while the bottom of the keyboard comes in grey with diagonal ribs.

In spite featuring a similar design, the plastic case of the G213 isn’t as robust as Logitech’s more expensive offerings and has quite a bit of flex when the case is pressed down beside the F8 key. But given that this is positioned as an entry-level peripheral it doesn’t come as much of a surprise. Regardless, the plastic of the G213 still feels quite durable.

Notably, Logitech has made the wrist rest on the G213 a lot more solid than the rest of its body and while it still does feature a bit of flex, it’s definitely less noticeable than the rest of the G213’s case. 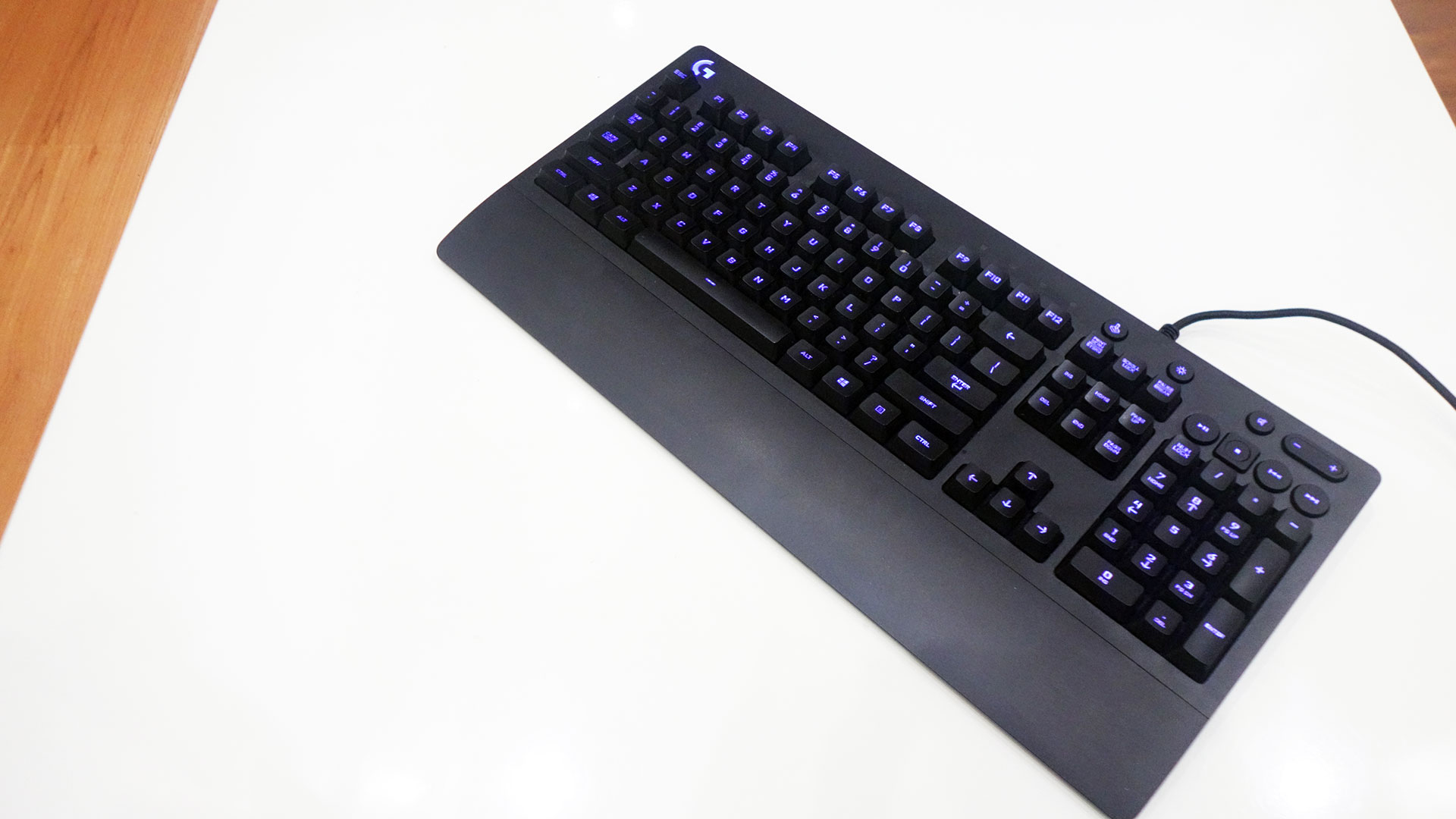 The G213 has a pretty large footprint, to say the least. While the side bezels of the keyboard are quite small at a little less than a centimeter, the top bezel is noticeably larger due to it housing the keyboard’s light-up RGB logo, notification LEDs, and a few of its extra keys. Then there’s the large unremovable wrist rest. With a footprint of 8.6 x 17.8 inches, it will definitely take quite a bit of space on one’s desk.

The G213 also features several extra buttons including media controls, a volume rocker, a mute button, a RGB LED on/off button, and a gaming mode button, all of which feel quite solid. Notably, while most of the media controls are round, the stop button is square which makes it easier to distinguish. 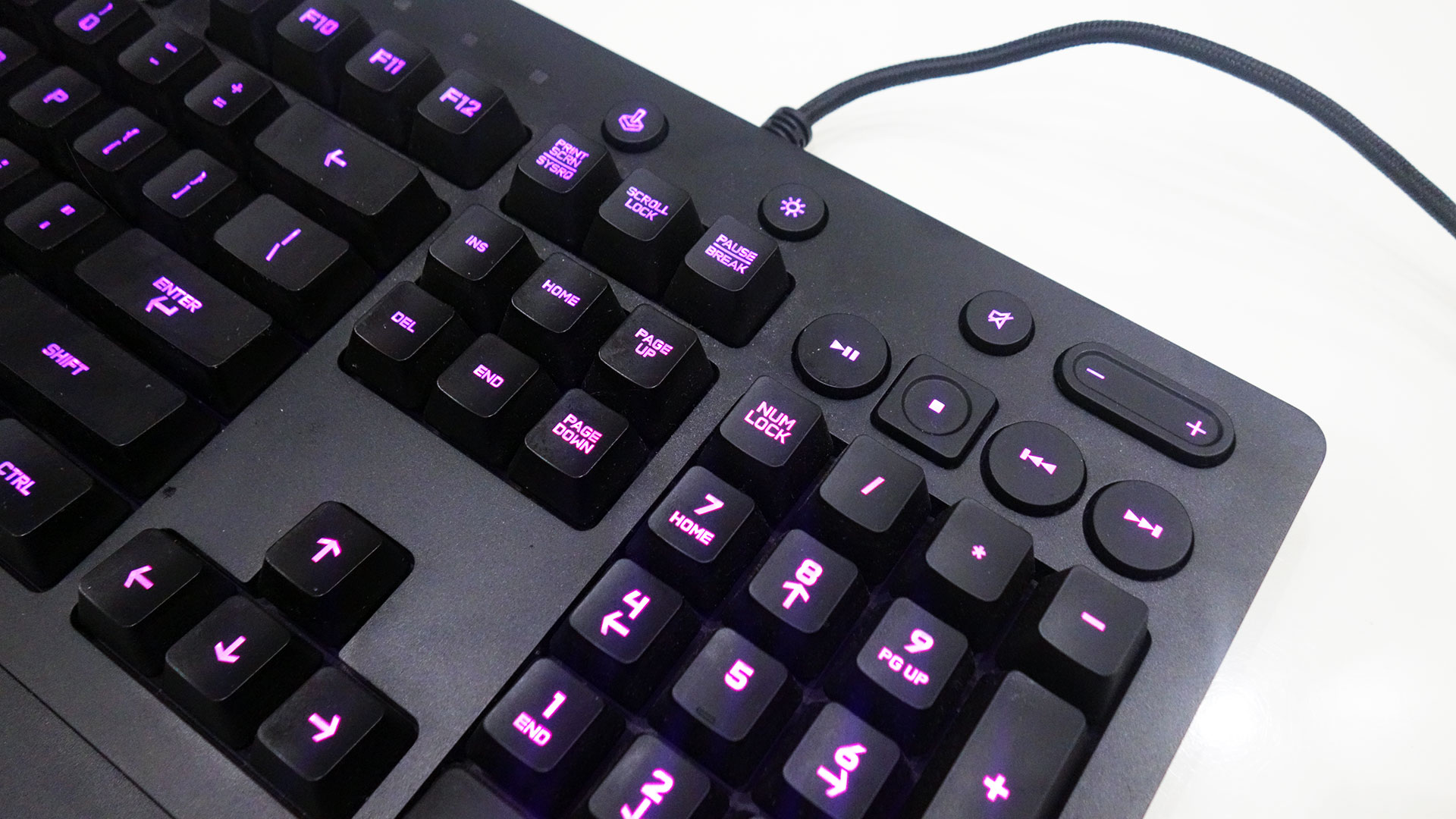 As for the actual keyboard keys, Logitech has attempted to utilize a sort of hybrid switch for the G213, which the company is calling a “mech-dome” switch, that is simply a rubber-dome switch with a more mechanical feel to it. The keys feature a travel distance of 4mm with an actuation force of 50 grams, similar specifications to mechanical switches.

Even with Logitech’s new “mech-dome” switches though, the G213’s keys still feel more like using a membrane keyboard than a mechanical one. While the travel and actuation force is improved actually pressing down on a key still has the same feel as a membrane switch with its initial resistance and mushy feel as it’s bottomed out.

For backlighting, Logitech has opted to use zone lighting (five lighting zones for the G213) rather than individual LED lights for each key. While this shouldn’t have been much of an issue, given that the G213 is an entry-level keyboard, the lighting for the letters are uneven with noticeable banding under each letter due to the underlying structure of the keycaps.

Logitech has also designed the G213 to be spill-resistant by adding a bit of height to the mounting stems of its switches while placing them in channels to help prevent water from getting inside the switch and keyboard. According to Logitech, the keyboard can handle up to 60ml of water so small spills won’t be much of an issue.

As always, the Logitech Gaming Software that is compatible with all of the company’s current generation gaming peripherals works incredibly well. Changing the settings of the G213, including its lighting and macro settings, were easy and straightforward due to the software’s simple and no-frills interface. 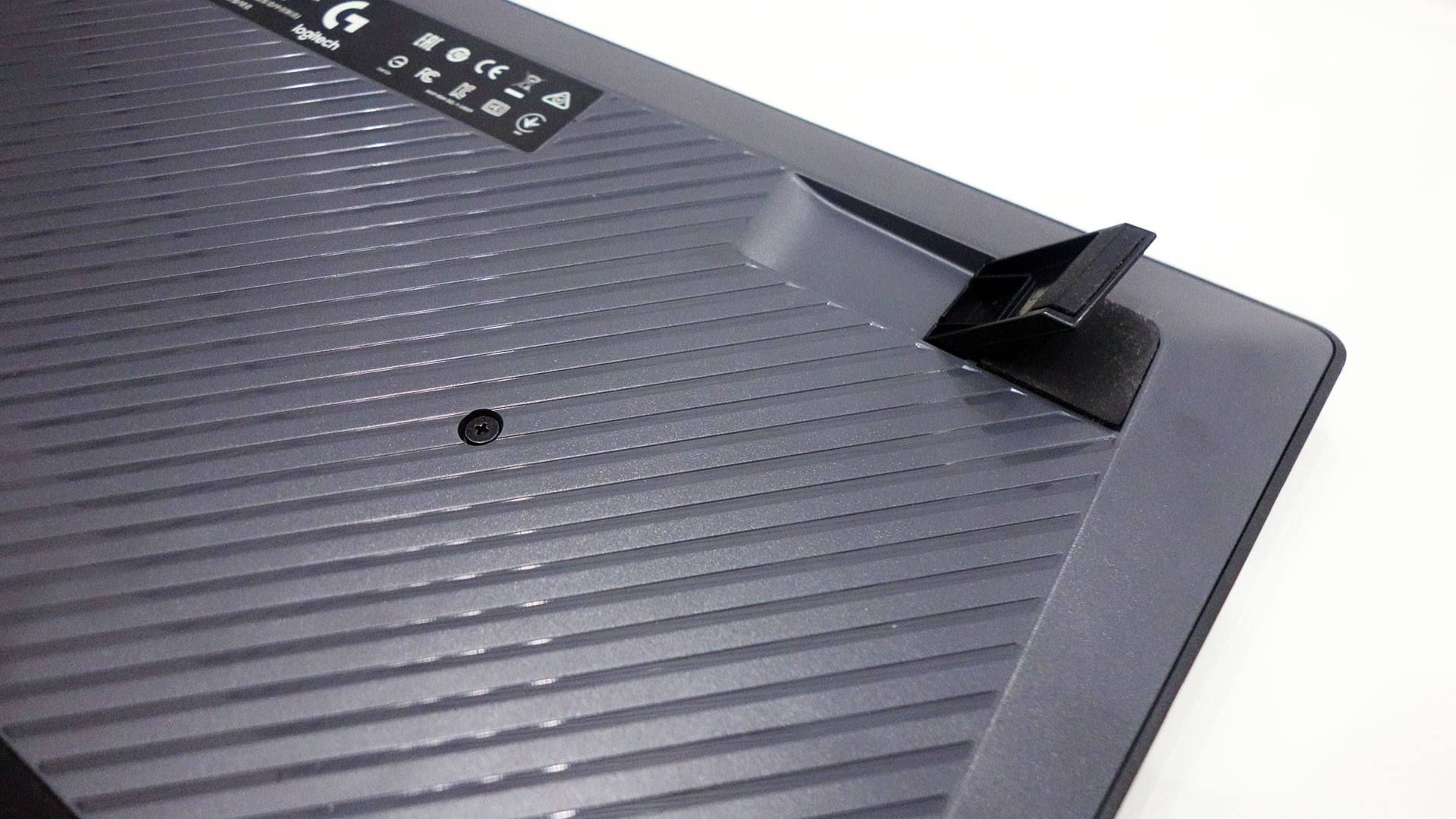 On its own, the Logitech G213 is great membrane gaming keyboard that sits well above the generic, cheap membrane keyboards you see a lot of in stores and computer shops. But as more affordable mechanical keyboards come out into the market, the argument for membrane keyboards slowly becomes weaker and weaker.

Nonetheless, the Logitech G213 is a decent entry-level gaming keyboard and those who still haven’t gotten on the mechanical keyboard train and are looking for a membrane keyboard from a tried and tested brand will definitely be satisfied with what this affordable (priced at only Php3,000) but feature-packed keyboard has to offer.