Across the past two years, monitors have become one of the most in-demand devices in the world due to the global pandemic causing many people to begin working from home, requiring a number of them to purchase a monitor as part of a new work-from-home setup or to supplement an existing one. One of the monitors that Lenovo has come out with that’s targeted towards work-at-home professionals or casual users is the Lenovo Q24i-1L, a 23.8-inch Full HD 1080p IPS monitor with a rather unique stand. 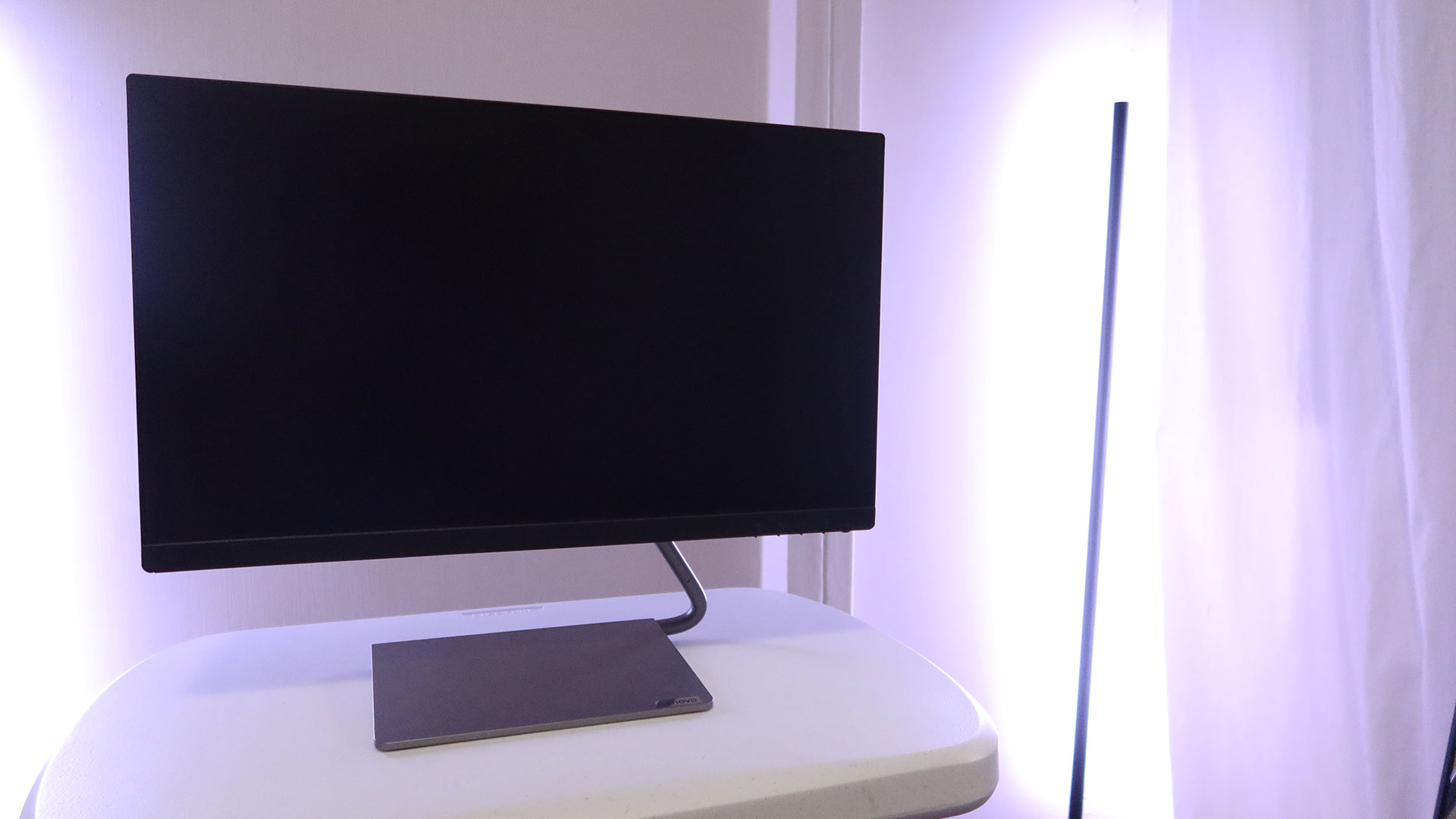 The Lenovo Q24i-1L was evidently designed for those who want to spruce up their desk with its near bezel-less design, which Lenovo refers to as NearEdgeless bezels, and distinctive metal stand. The housing of the Q24i-1L comes in a textured powder black plastic. Two-thirds of the housing is pretty thin, housing only the display panel, while the bottom third houses all its components, ports, and stand mount..

Similarly, the top and sides of the display have barely any bezels, measuring only a few millimeters, while the thicker bottom bezel plays host to the monitor’s buttons, LED indicator light, and other internal components. While the main housing of the Q24i-1L is pretty typical, its stand is what truly makes it stand out. The metal base, which is shaped like a ramp, is noticeably hefty, and the C-shaped neck is similarly sturdy. One end of the neck inserts into the right of the stand while the other end features a swiveling metal plate in the same finish as the monitor’s housing. Like many monitors in its category, the stand of the Q24i-1L only allows the display to be tilted up or down.

The design of the stand and neck not only reduces the desk footprint of the Q24i-1L but it also somewhat creates the illusion that the monitor is floating. The Q24i-1L comes with the usual array of ports for a monitor in this price range, including one HDMI port, one VGA port, and a 3.5mm port. It also uses Lenovo’s proprietary yellow power adapter connector that’s still found in several of the company’s devices. The Q24-1L is also equipped with five buttons under the right-hand side of its bottom bezel for power and adjusting its settings. 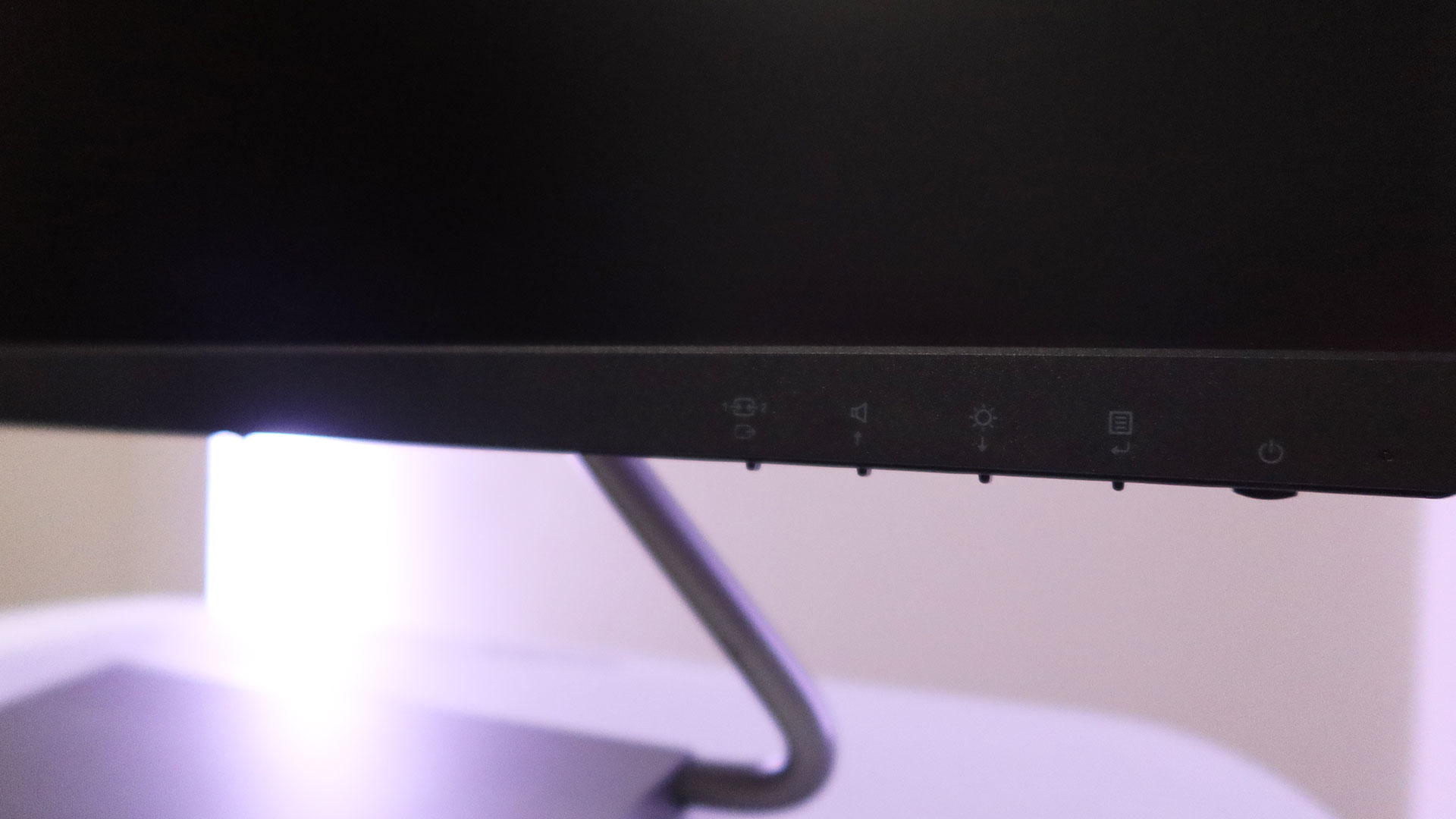 Setting up the Q24i-1L was fairly easy. The neck is secured into the stand with two screws that are tightened with an included Allen wrench. The way the plate on the neck attaches to the main body is pretty intuitive as the plate features a set of clips, two of which are metal and fixed while the other two are plastic and affixed to a spring and latch mechanism that users can just pull when they want to remove the stand from the monitor.

It’s also possible to attach the Q24i-1L to a VESA-compatible monitor arm or mount for those who prefer it. The display performance of the Q24i-1L was as expected from an IPS panel-equipped monitor in this price range. The brightness, colors, and viewing angles of the display were all pretty satisfactory. There was also no significant IPS glow. Working and viewing media on the Q24i-1L is pretty great, thanks to its decent brightness and color reproduction.

However, gaming on the Q24i-1L understandably leaves a bit to be desired due to its relatively slow refresh rate of 75Hz and max response time of 4ms. Playing games on the Q24i-1L is still workable though, especially for more casual games. 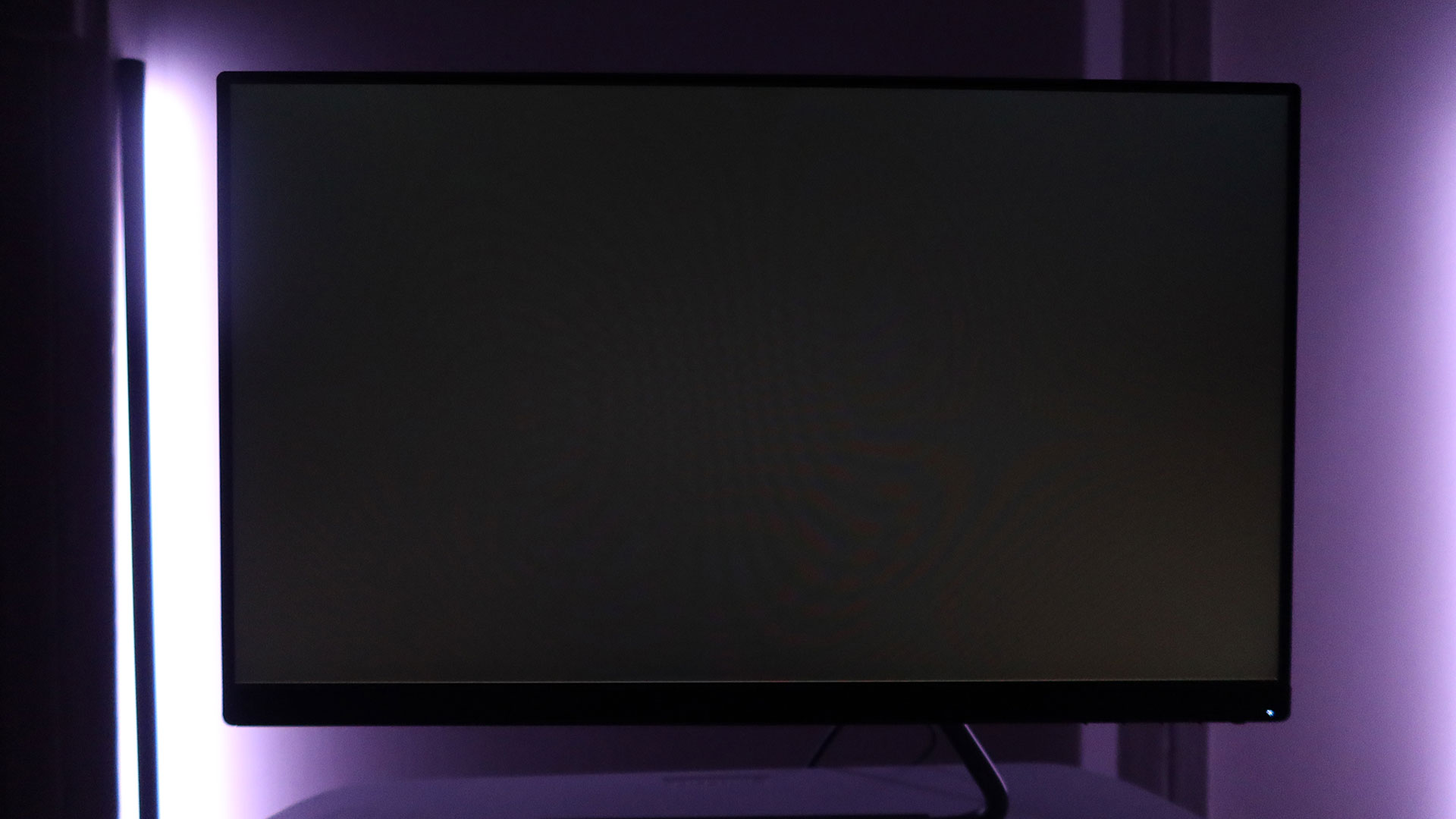 Overall, the Lenovo Q24i-1L is not only a very capable monitor for work or media consumption but, more importantly, it also offers a unique design that will certainly improve the aesthetics of your work-from-home setup. With a price tag of around PHP 10,995, you’re definitely paying a bit more for the Q24i-1L’s stand but the design and build quality easily make up for it. Those looking for a good-looking and easily capable monitor for their work-home setup should check out the Lenovo Q24i-1L.