SSDs (solid-state drives) have slowly become more and more mainstream in recent years. From a component that was only justifiably purchasable by hardcore enthusiasts or individuals with quite a bit of disposable income to becoming one of the first things most people consider when purchasing a system. This is mainly due to companies releasing more affordable drives with lower capacities and acceptable performance. While larger capacity and high-performance SSDs still cost a pretty penny, these cheaper drives have made it easier for first-time SSD owners to get into the game.

One of these affordable drives is the recently released HyperX FURY SSD from Kingston. The FURY brand is the company’s entry-level gaming line of products which currently include, aside from the FURY SSD, a line of RAM and a USB flash drive. We got to spend some time with the 240GB variant of the HyperX FURY SSD and put it through a few real-life usage situations to see if this new drive would be a good choice for those looking to purchase their first SSD or for those just looking for a more affordable drive for a new system. 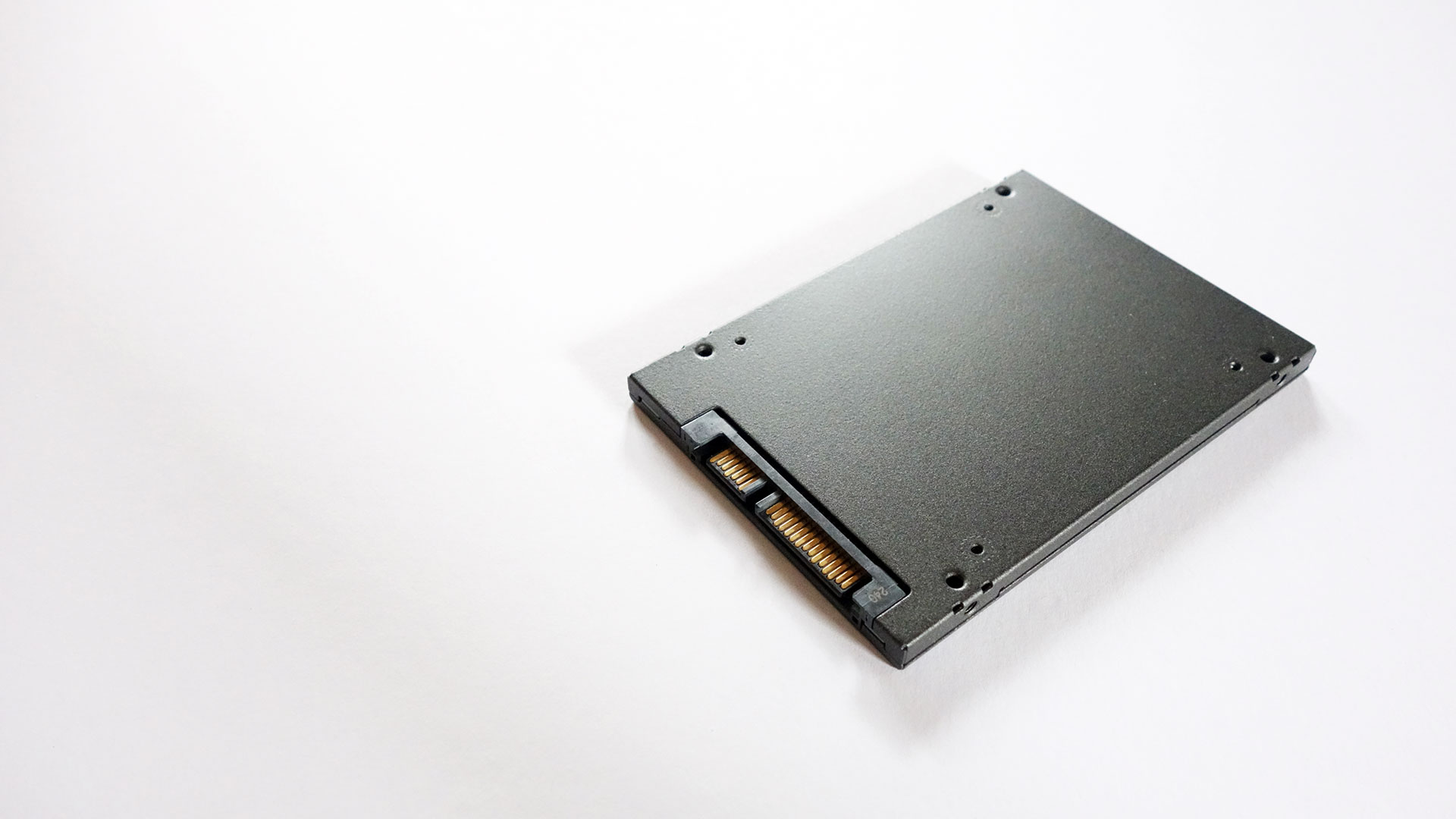 The HyperX FURY SSDs are, for all intents and purposes, the replacement to Kingston’s older V300 line of entry-level SSDs. Both the V300 and FURY utilize SandForce SF-2281 controllers, seemingly a favorite by Kingston, but the new drives now use 128bit 20nm ONFi 3 NAND ICs as well as SATA Rev 3.0. Aside from the 240GB variant, the HyperX FURY SSD also comes in a smaller 120GB version. The drive itself, measuring only 7mm for compatibility with most systems, looks pretty simple with its textured charcoal grey hard plastic and a sticker on top of the drive containing the company’s logos including the Kingston, HyperX, and FURY symbols, along with the drive’s important information such as its capacity, specifications, a few safety logos, and serial number. On the bottom edge of the drive are the SATA connectors for both data and power.

The packaging of the HyperX FURY SSD is pretty plain – packaged in only a cardboard and plastic blister pack. In the end, packaging isn’t really what you look for when purchasing an SSD and could actually be one of the areas the company chose to compromise in to help, even slightly, reduce the retail price of the FURY SSD which is actually a good thing. As for accessories, the FURY SSD comes with a plastic 2mm spacer for fitting into taller 9mm drive bays and a HyperX sticker. The lack of other accessories like a 2.5mm to 3.5mm bracket or a SATA data transfer cable may also be one of the points of compromise the company took to decrease the product’s overall price. 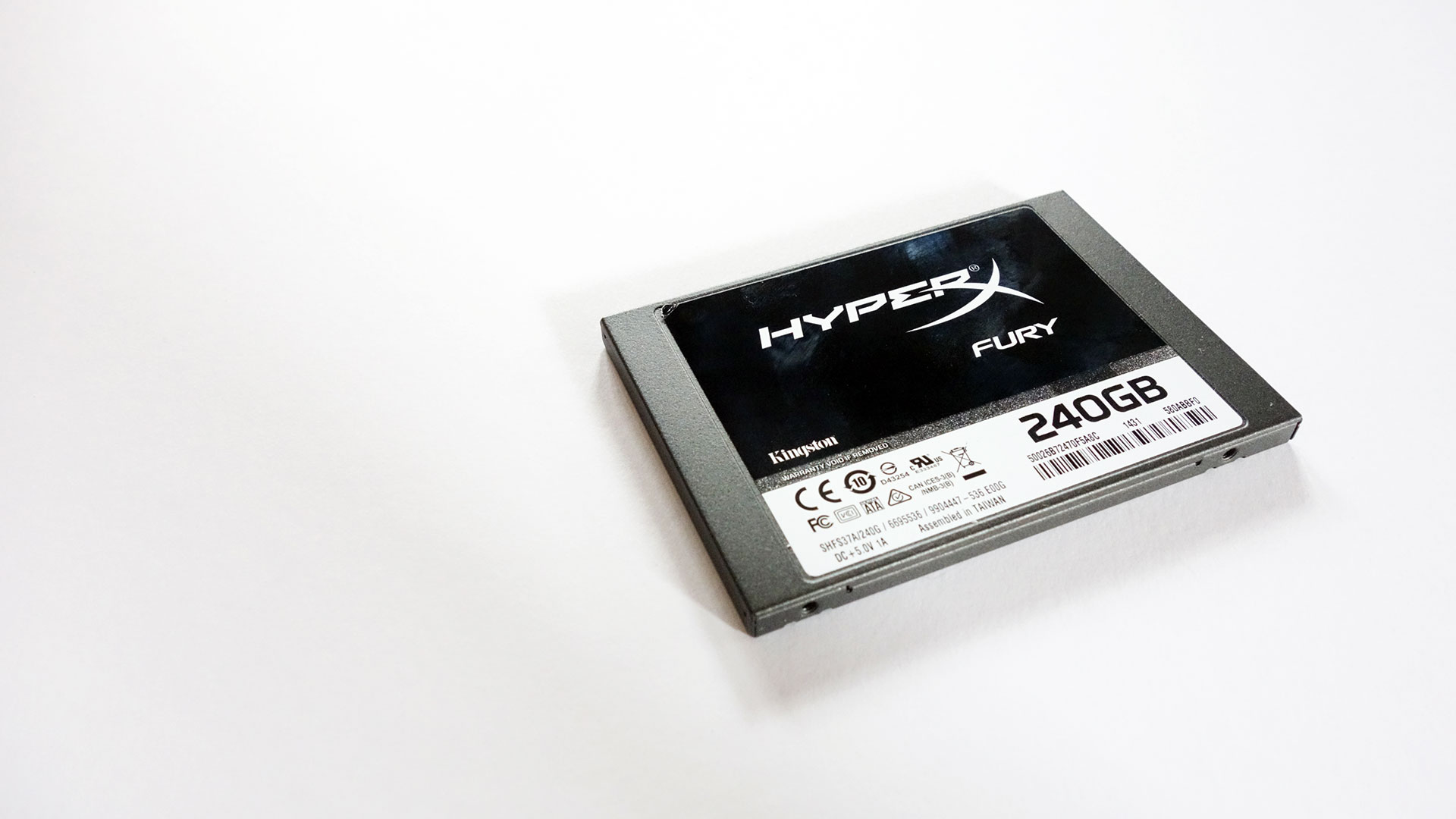 Coming from a regular Western Digital Scorpio Black HDD, using the HyperX FURY SSD as our primary drive for our OS and main applications was, to say the least, a big change. First-off, installing our operating system (Windows 7) took less than half the time it took with our regular HDD; around 5-10 minutes compared to 15-20 minutes, respectively. Secondly, boot-up times for both our OS and main applications changed from minutes to seconds. These applications included the likes of Adobe Photoshop, Adobe Dreamweaver, and Adobe Premiere Pro. Third and lastly, games including Dragon Age: Inquisition, League of Legends, and Titanfall, loaded significantly faster than when they were installed on our regular HDD.

It’s when we compared the HyperX FURY SSD with its competitors that we were somewhat disappointed with its performance. While our read/write benchmark results were as expected and impressive when coming from a regular HDD, the HyperX FURY SSD’s slower write speed sets it behind some of its competitors. Considering that FURY products are meant to be the company’s entry-level line available at a competitive and affordable prices, the compromise to performance with the FURY SSD seems excusable to say the least. In truth, it’s not a high-performance SSD but it’s really not what it’s trying to be.

Overall, the HyperX FURY SSD performs quite well for its price and is definitely an improvement over using a regular HDD. While it has a hard time keeping up with its current peers when it comes to write speed performance, it makes up for that compromise with its affordable price. Undoubtedly, the FURY is probably one of the better choices in its price range with its impressive price-performance ratio and a generous 3-year warranty. It’s obvious that this drive was meant for those looking to finally purchase their first SSD and get that inevitable speed boost without breaking the bank or for those building a new system and are putting price-performance as their top priority and we recommend it for exactly that.

(You can get the HyperX FURY SSD from Lazada through this link – http://ho.lazada.com.ph/SHCzYR)