The HyperX Cloud Core comes with the headset itself, the detachable microphone, the USB dongle for wireless connectivity, a USB Type-C cable for charging, and a quick start guide. 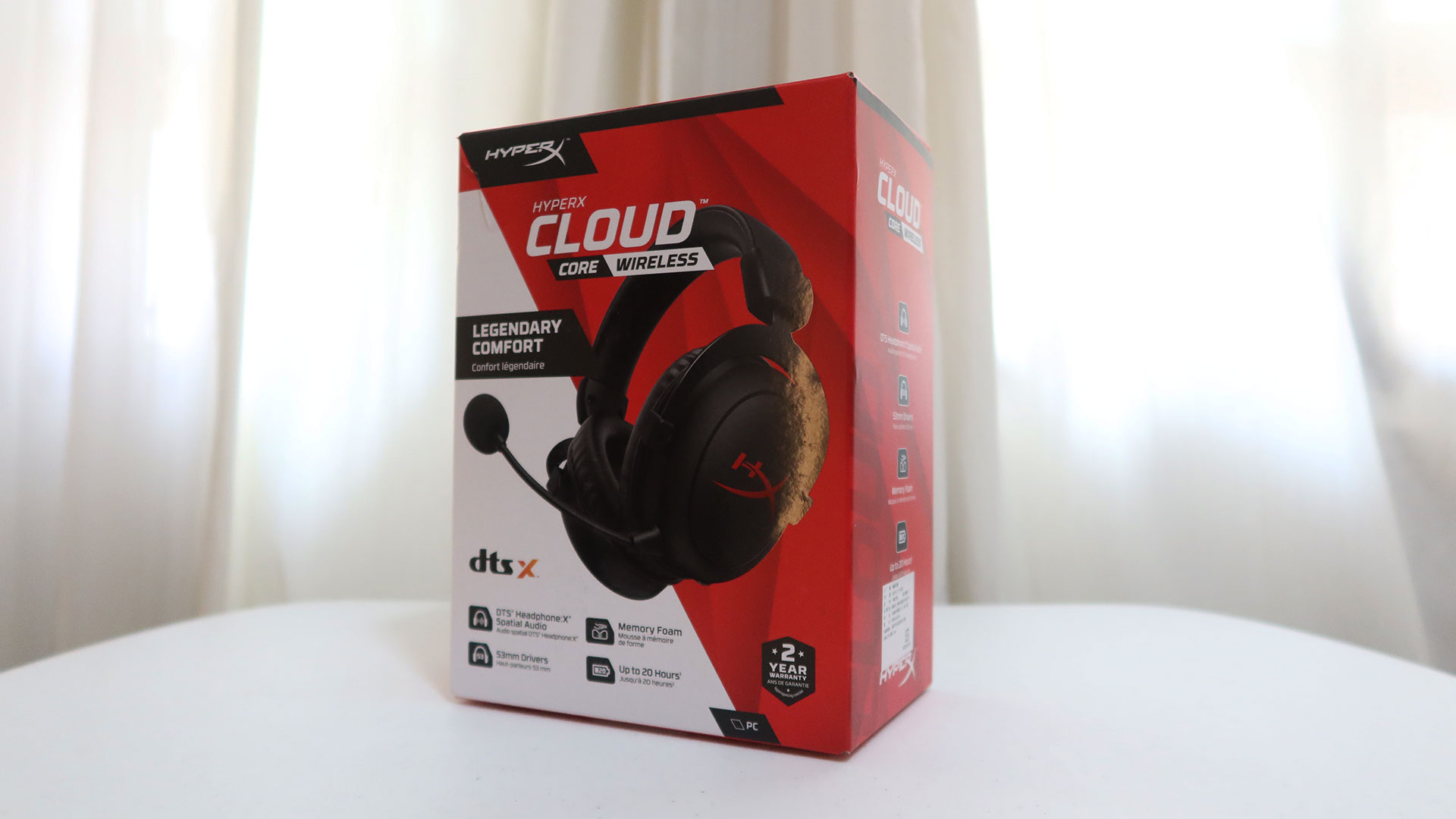 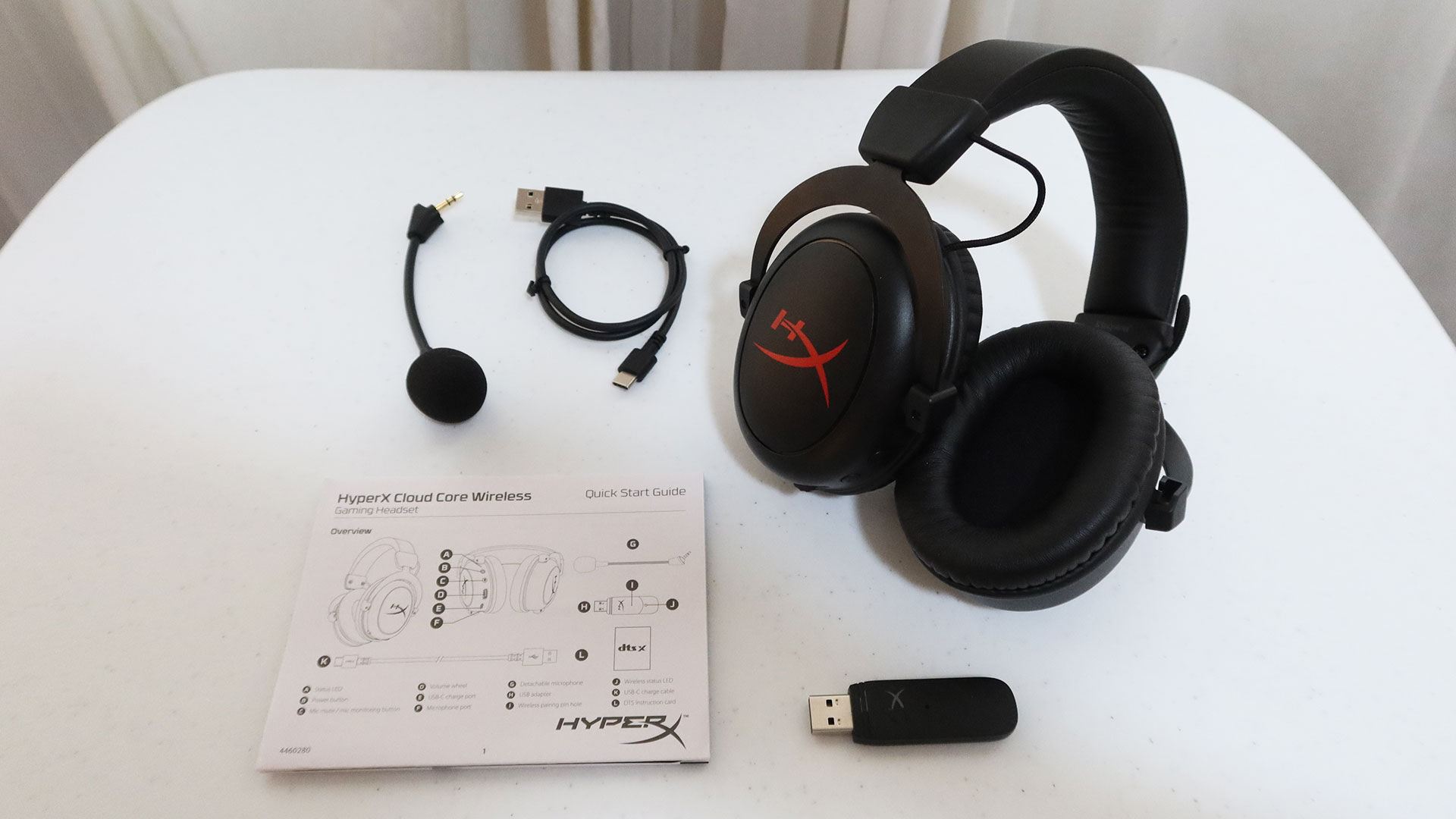 The HyperX Cloud Core Wireless features the same form factor as its wired counterpart, with the classic ear cups and headband that the company has been using since its first HyperX Cloud headset. The entirety of the headset comes in black, except for the red HyperX logo on the ear cups. 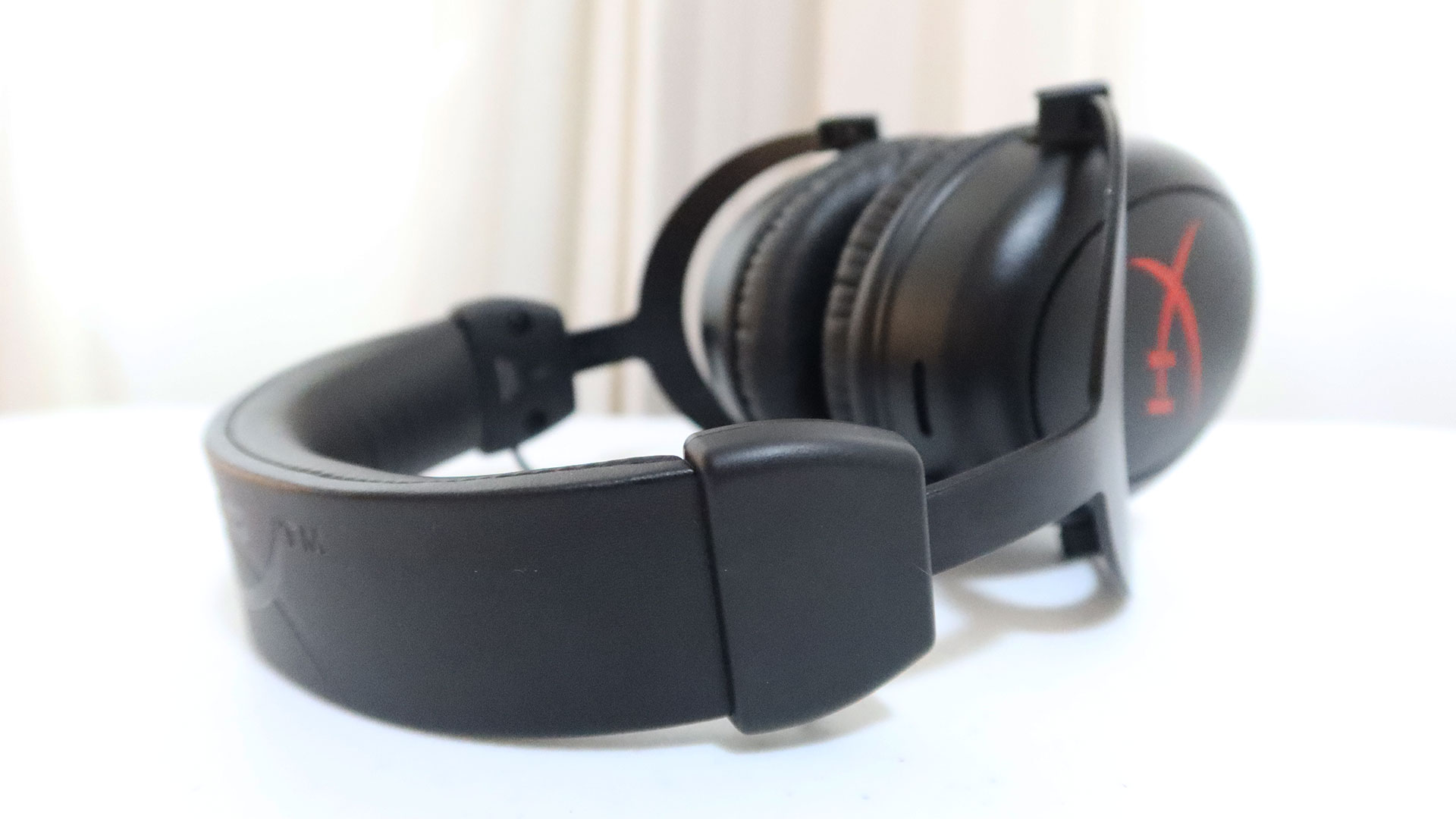 The ends of the headband terminate into plastic covers where the wire connecting the two ear cups come out from. The ear cups are held by a y-shaped aluminum frame that can be extended by a few centimeters on each side. However, the height adjustments of the ear cups could have been made slightly longer as they fell a bit short of letting the ear pads sit properly on my ears. The frame of the ear cups also don’t swivel left or right, although that’s been the case with previous HyperX headsets that use this design. 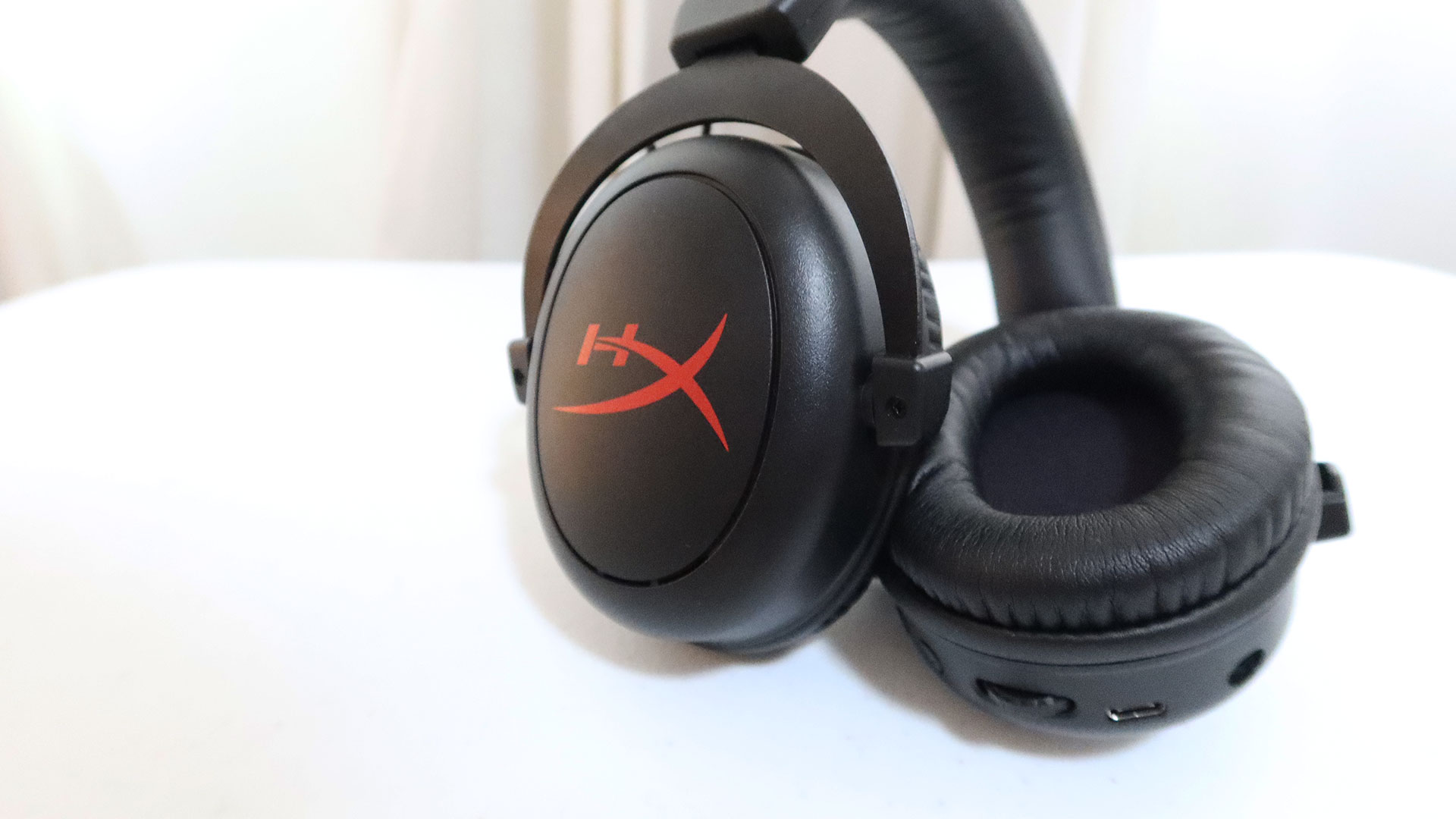 The ear cups are made of a thick plastic, with the HyperX logo printed on them. There are also cutouts on the top of the ear cups as well as the groove around the logo, which I assume is to allow air into the cup to improve the sound of the drivers. Like the headband, the ear cups have faux leather padding and the drivers are protected with soft fabric.

The materials and construction of the Cloud Core Wireless make it light and comfortable to wear even after long hours. As previously mentioned, the padding used in both the headband and the ear pads is firm but comfortable while the clamping force of the headband isn’t too fatiguing, although your mileage may vary. 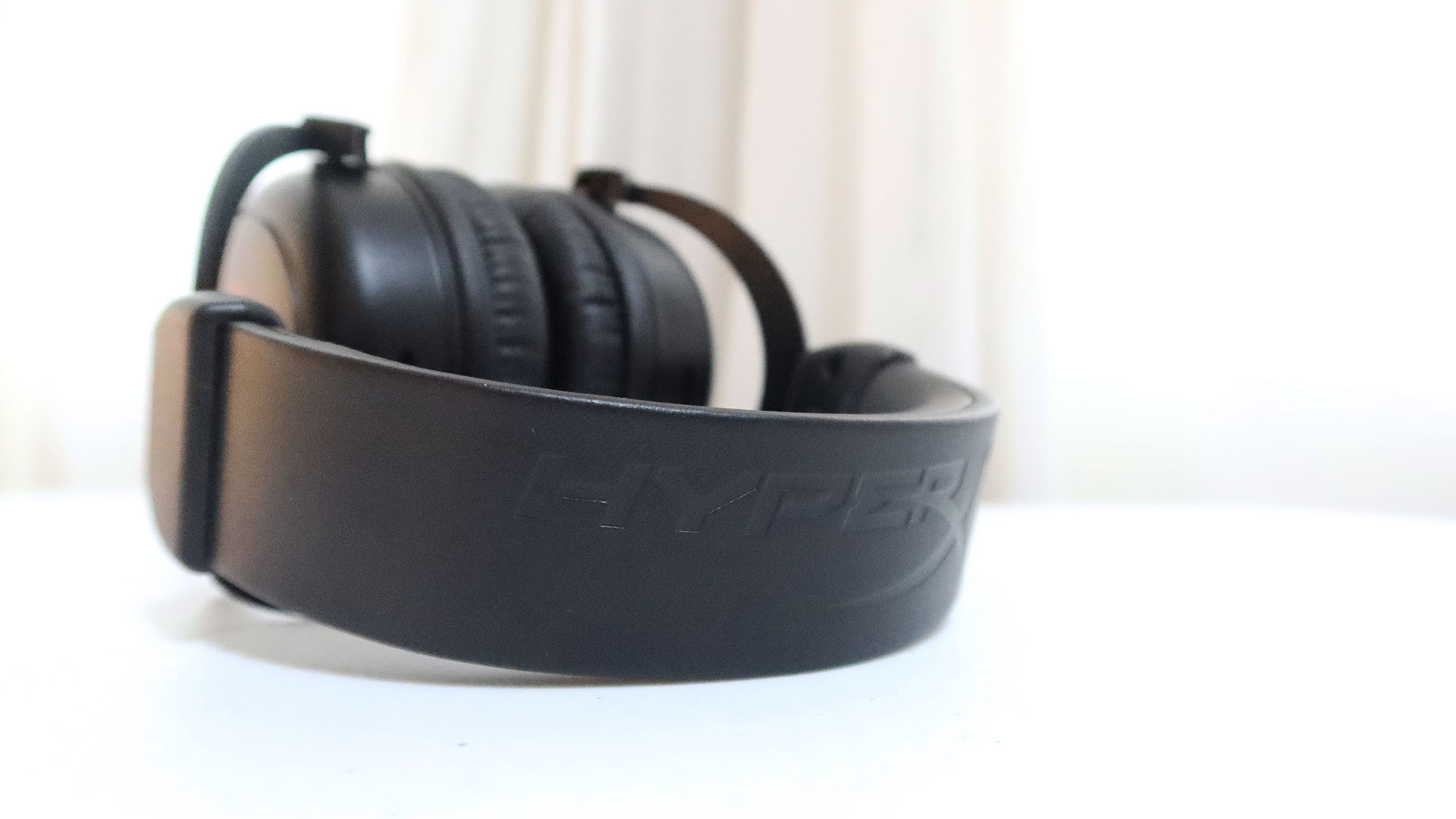 The microphone of the Cloud Core Wireless is more than decent enough for gaming and calls. The quality is clear while the built-in noise canceling is able to block most background sounds without causing any noticeable distortion. 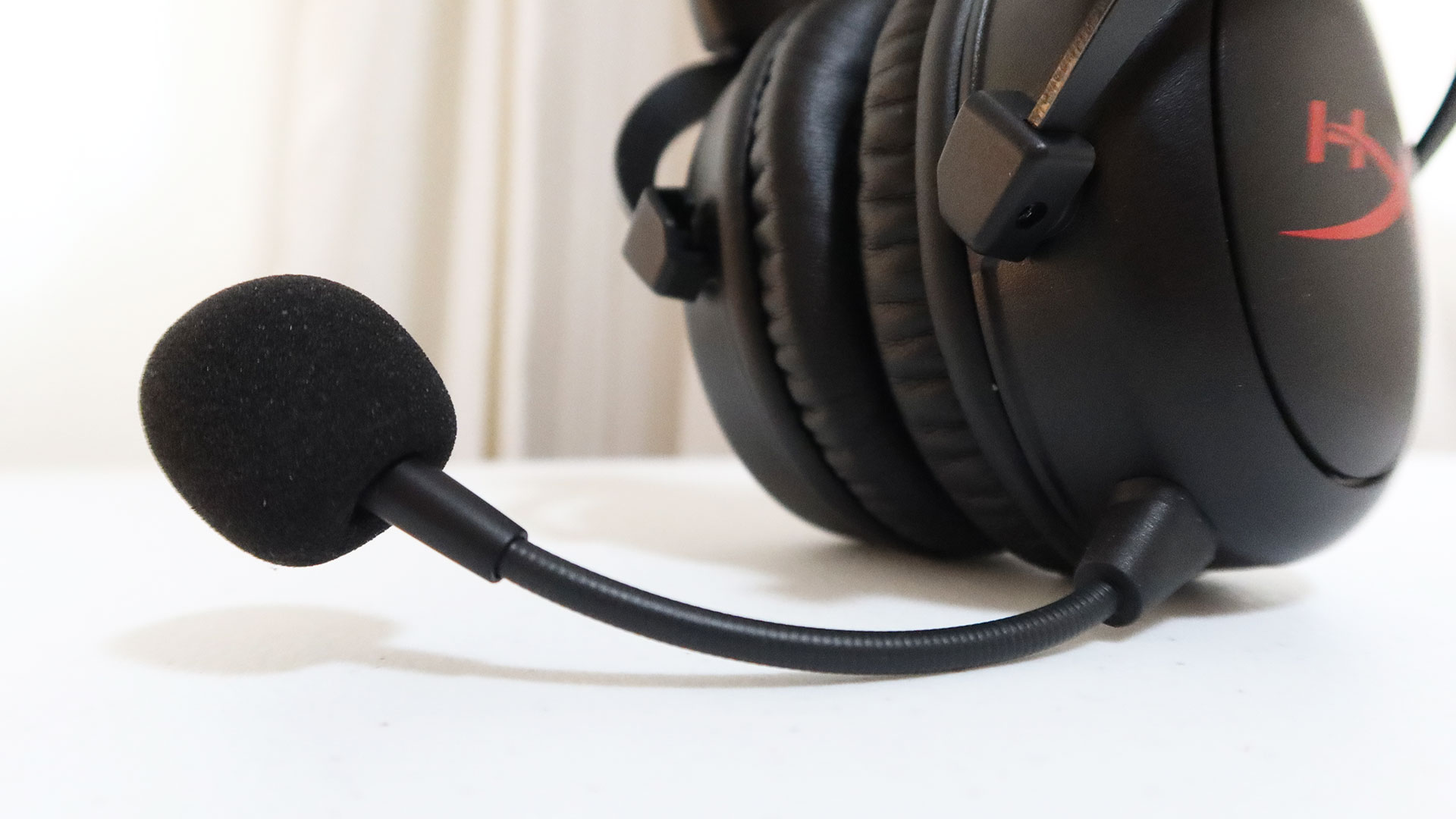 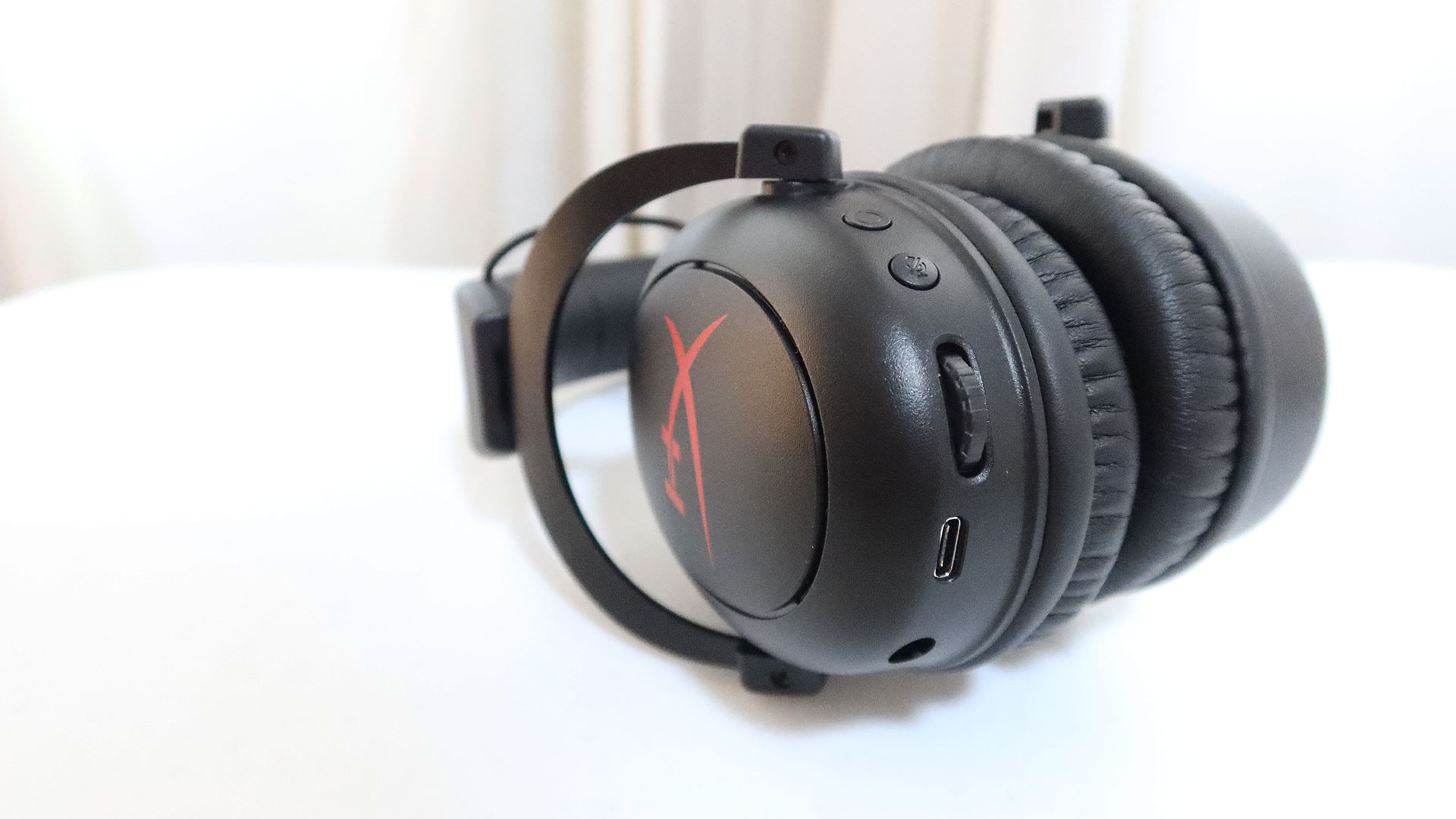 Both the soundstage and imaging of the headset are also decent enough, with clear instrument separation and a fair amount of depth in spite of the headset’s closed back design. Overall, the sound quality of the Cloud Core Wireless is pretty impressive for a headset in this price range.

Currently, the Cloud Core Wireless doesn’t work with the company’s NGenuity Software, so there isn’t a way to check the headset’s battery life or customize its settings through Windows or Mac. While this isn’t really a deal breaker as the headset is able to function perfectly well without it, it’s still worth noting. Additionally, if you’re on Windows, you can download the DTS Sound Unbound from the Microsoft app store to activate the headset’s DTS: Headphone:X spatial audio. 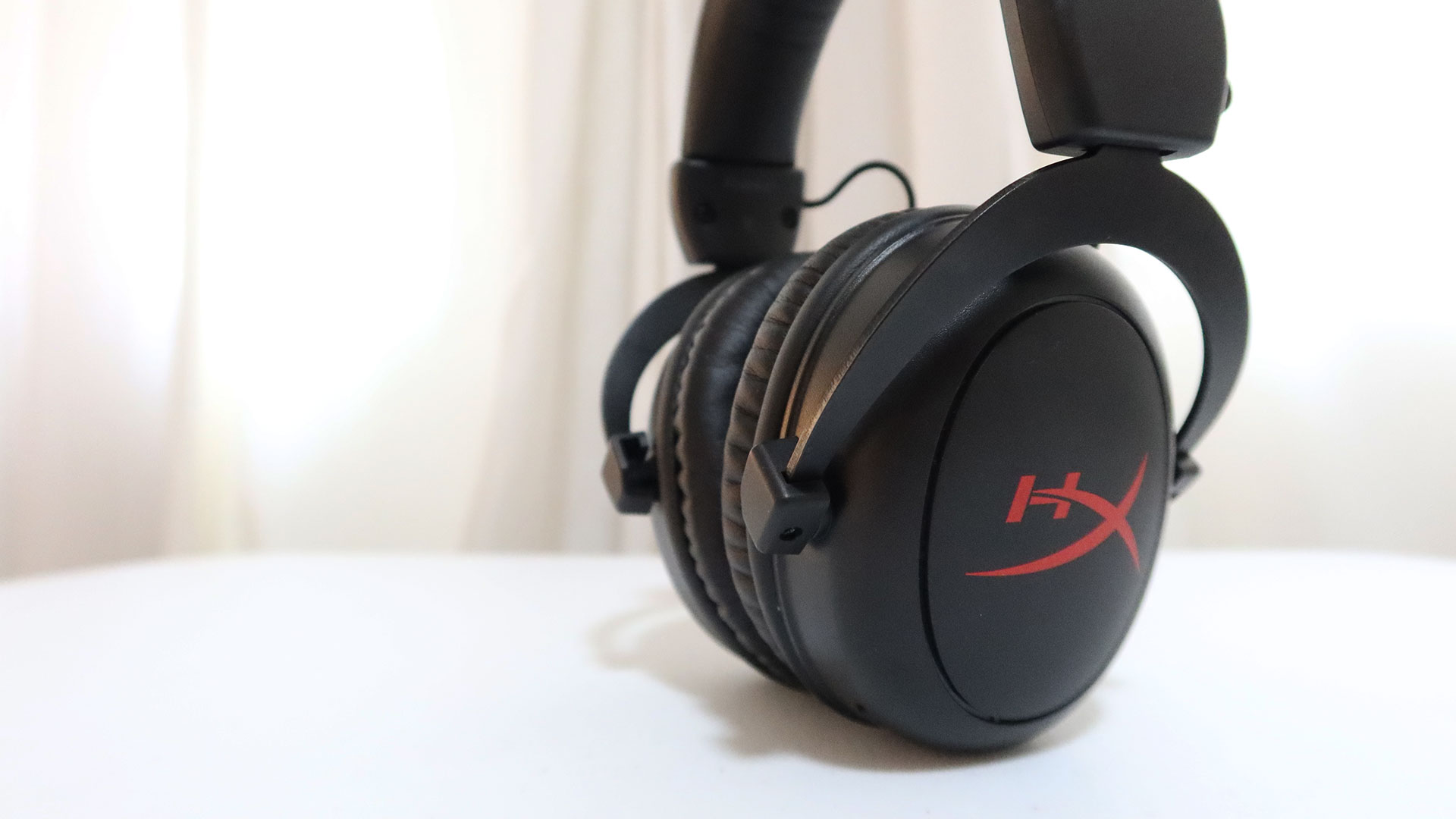 The Cloud Core Wireless is a pretty good choice for a more affordable wireless gaming headset, with a price tag of around $99 (PHP 5,000). It features HyperX’s tried and tested design that’s sturdy, reliable, and comfortable. It performs impressively well for its price, both in its sound and microphone quality. The long battery life and the quick charging also make the transition from wired to wireless pretty comfortable. The Cloud Core Wireless is definitely a great addition to the company’s lineup of gaming headsets and is a formidable contender in this price bracket. Those looking to finally switch to a wireless gaming headset should definitely consider the HyperX Cloud Core Wireless.