The Php10,000-Php12,000 price bracket is undoubtedly the most popular among mainstream or mid-range gamers, making it the sweet spot for many PC gamers hoping to play the latest games at 1080p with only a few able to stretch out their budgets for the next tier of cards at around Php15,000-Php17,000 or beyond. It’s where AMD and NVIDIA try their best to one-up each other as they try to put as much power as they can into these cards while keeping the price within the bracket. In AMD’s case, their entry into the gauntlet is the Radeon R9 380.

When it was revealed that the Radeon R9 380 was a rehashed version of last-generation’s R9 285, there was a lot of doubt about whether it was worth looking at. But AMD has loaded the Radeon R9 380 with its latest suite of features and technologies to bring the old “Tonga” graphics processor up to par with current generation graphical demands ending up making it a very good contender in the market’s most competitive price bracket. It also received a slew of power upgrades including, most noticeably, a max clock speed upgrade from 918MHz to 970MHz and a 100MHz increase in memory speed.

But it’s looking like the combination of the new features and technologies as well as the small increase in clock and memory speeds are just enough to make the Radeon R9 380 the king of mainstream 1080p gaming. We put the 4GB variant of the G1 Gaming Radeon R9 380 from Gigabyte through the paces to find out if it really is the champion of the Php10,000-Php12,000 price bracket. 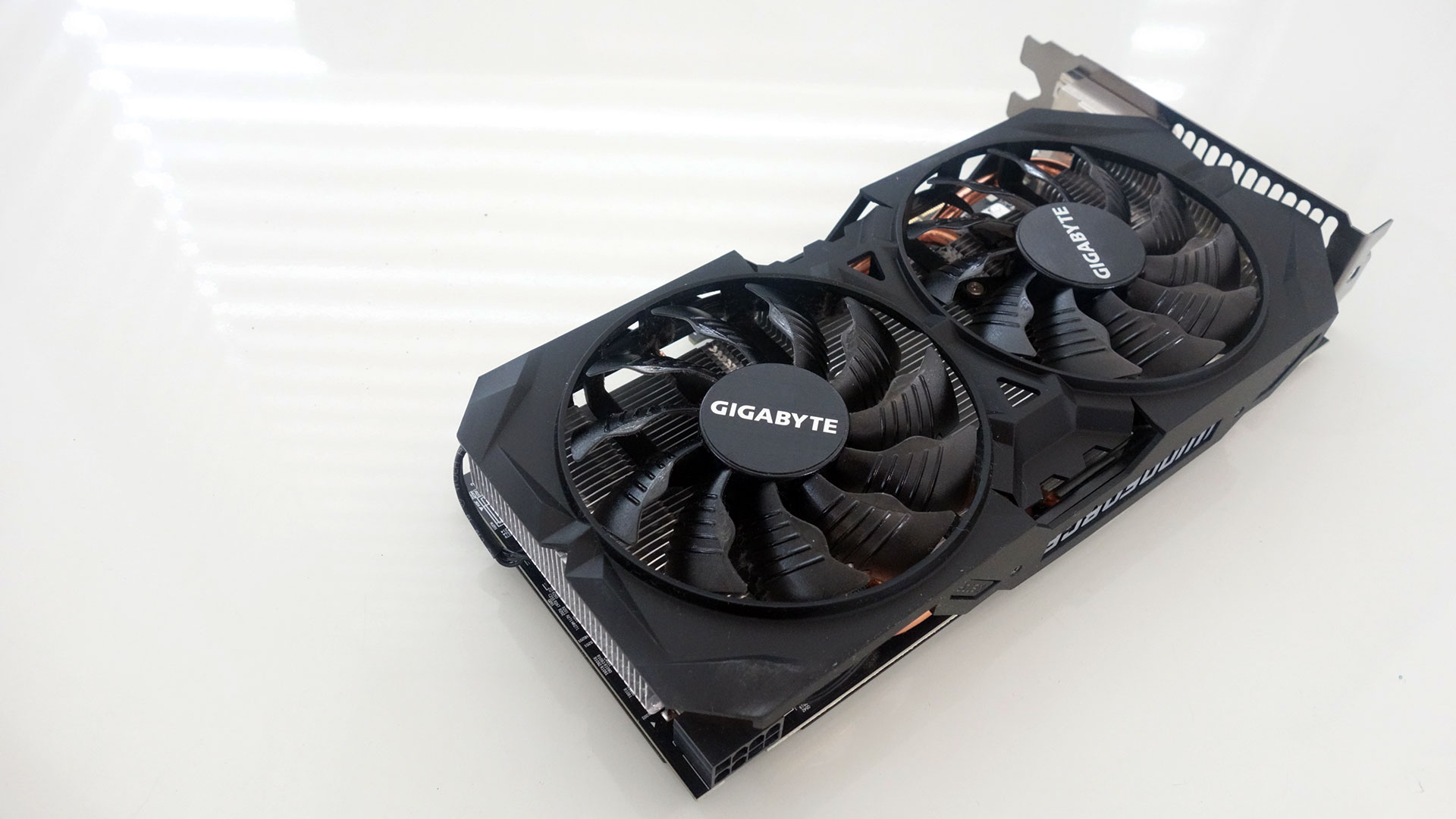 Gigabyte’s version of the Radeon R9 380, the G1 Gaming, features a pretty straightforward design with a boxy shroud for its twin-fan Windforce. The Windforce cooler features two fans with uniquely shaped blades and the Windforce logo on the side of the shroud lights up along with two other labels that signify whether the fans are running on silent or stopped. Under the fans and the shroud is a double heatsink assembly with four copper heatpipes in a DCT layout (direct contact technology) for superior cooling capacity and heat transfer efficiency.

Turning the card around reveals the card’s backplate, which has become standard for cards in this price bracket, with the Gigabyte logo and the G1 Gaming insignia printed on it and a vent/grill design that shows off parts of the PCB. The back of the G1 Gaming features the standard set of connectors for cards in this price range including two DVI (DVI-I and Dual-link DVI-D), one HDMI, and one DisplayPort. It also has one 8-pin power connector for external power. We liked the simple and straightforward look of the Gigabyte G1 Gaming that keeps things clean.

Much like its design, the Gigabyte G1 Gaming Radeon R9 380 is pretty simple when it comes to features. As previously mentioned, if the card is under low load or the temperature is at a minimum, the fans go to silent mode and stop spinning reducing noise to 0db. For the G1 Gaming, Gigabyte also uses Ultra Durable VGA components including a very light 2oz Copper PCB, solid capacitors, metal chokes, a Lower RDS MOSFET, and Tier 1 memory dies, leading to, according to Gigabyte, lower GPU temperature, better overclocking capability, and decreased power switching loss.

The G1 Gaming also features what the company calls GPU Gauntlet Sorting which helps the card overclock easier and higher. The card also comes bundled and is compatible with Gigabyte’s OC Guru II software which lets users modify the card’s settings and easily update the card’s drivers. It allows users to modify and monitor the clock speeds, voltage, fan performance, and OSD settings of the card. And like every Radeon card, the R9 380 is compatible with the company’s suite of technologies including FreeSync, FRTC, EyeFinity, and HD3D. 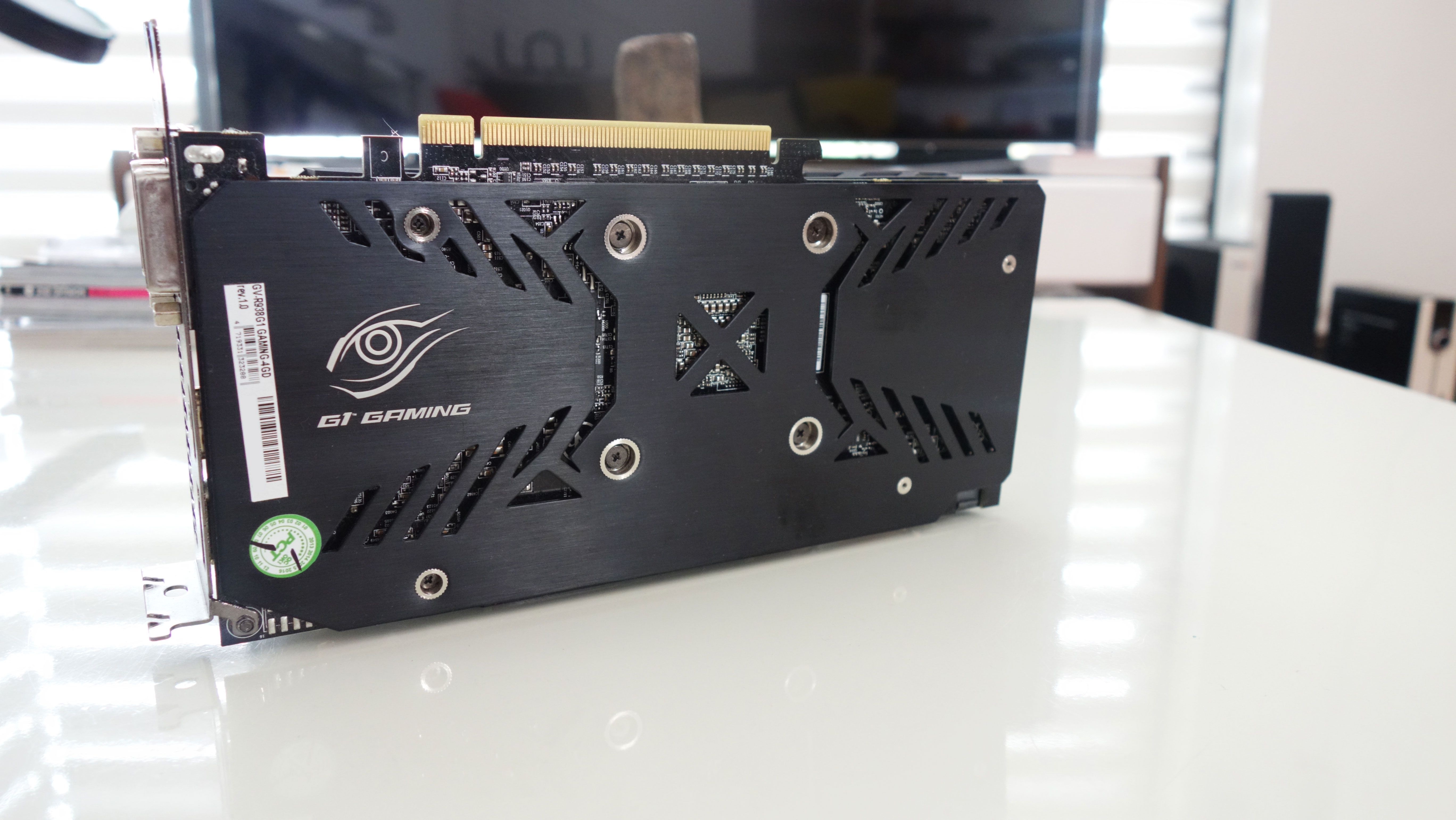 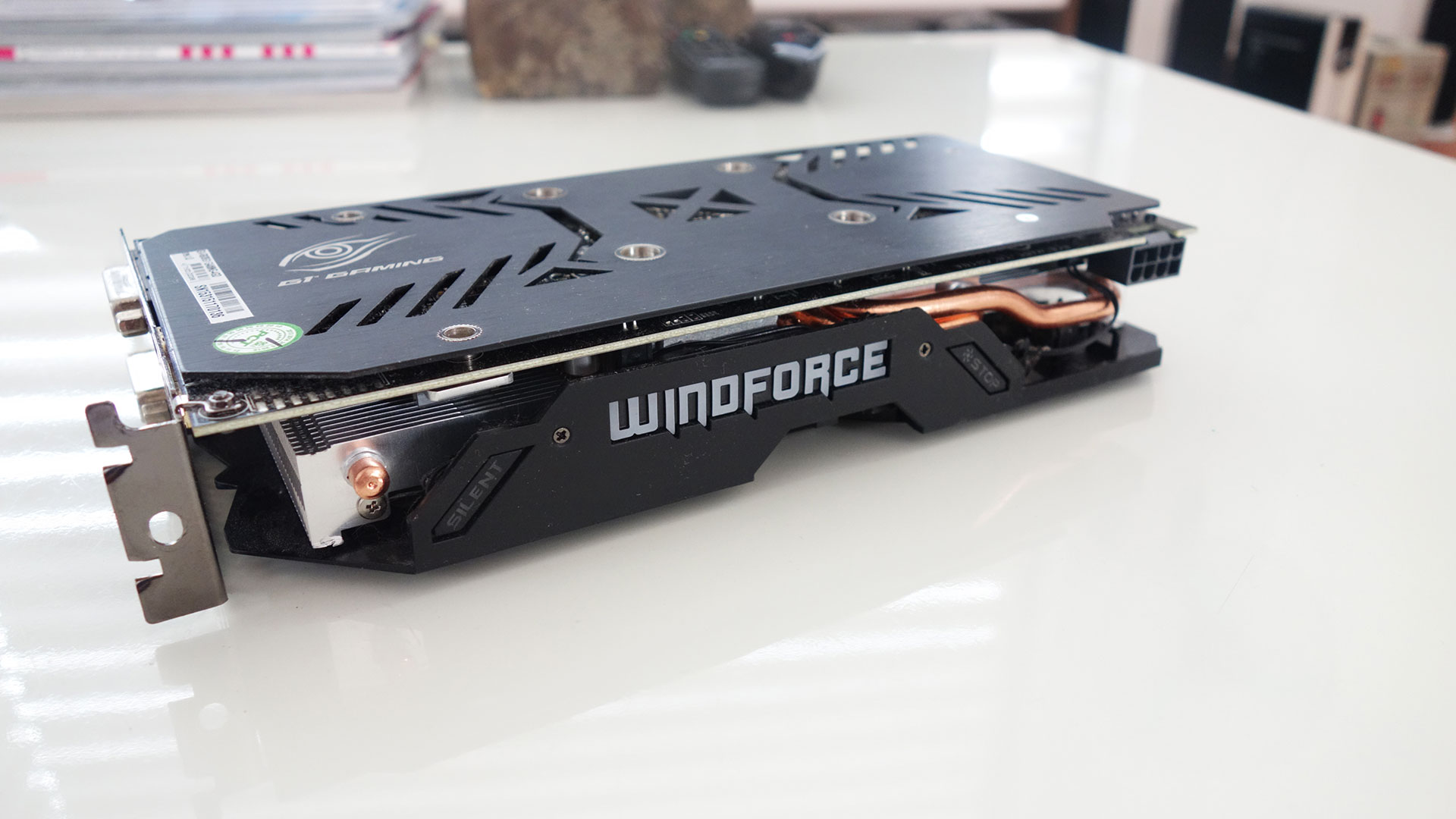 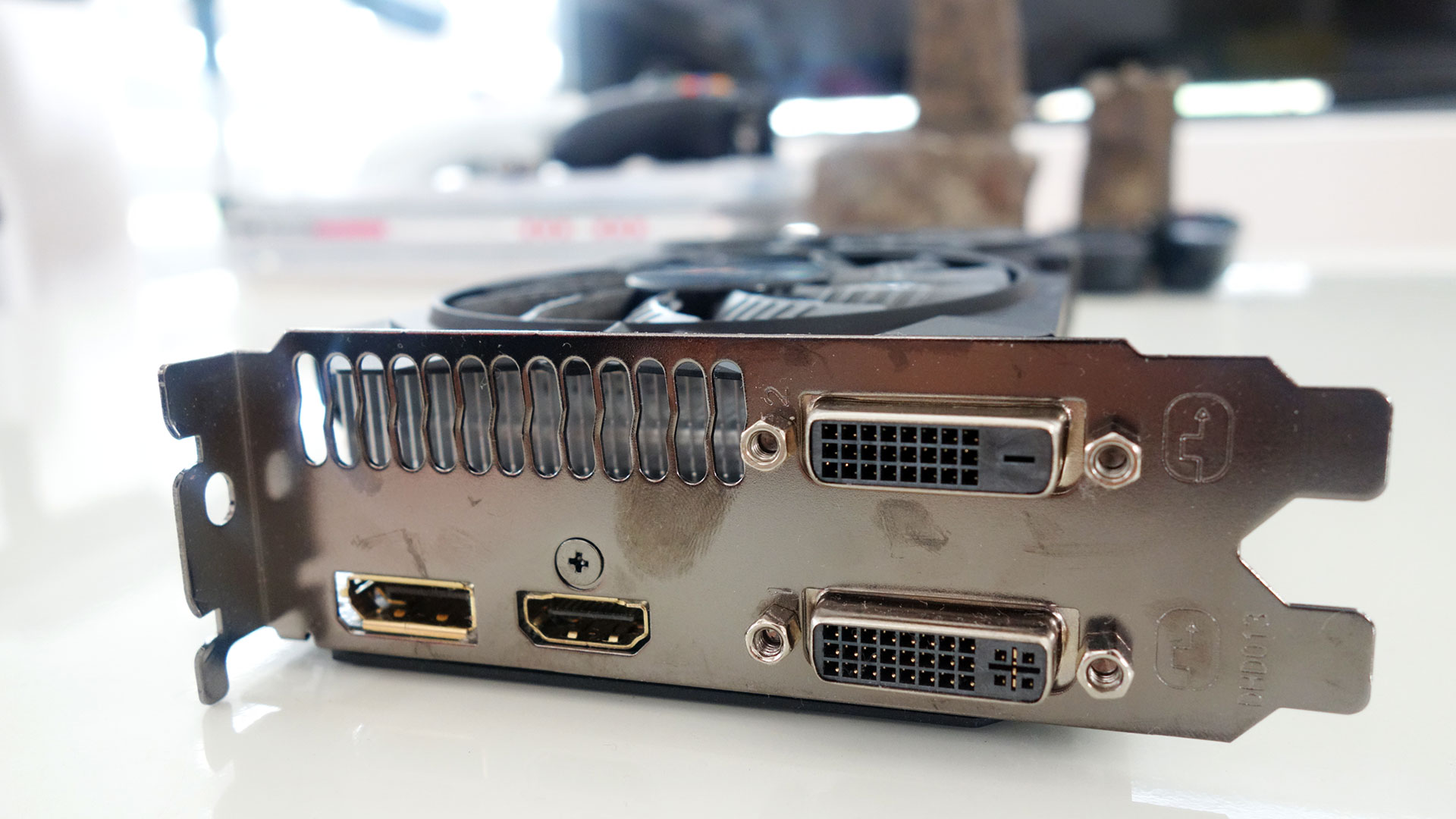 We put the Gigabyte G1 Gaming Radeon R9 380 through our usual benchmark tests including 3D Mark’s Fire Strike benchmark to assess both its performance and average temperature. We also ran the card through games like The Witcher 3: Wild Hunt and Rise of the Tomb Raider to test out its real-world performance. We compared the results with the numbers from we got from the NVIDIA GTX 960, Radeon R9 380X, and some other cards we’ve tested before to find out how the R9 380 stacks against other cards in the market. 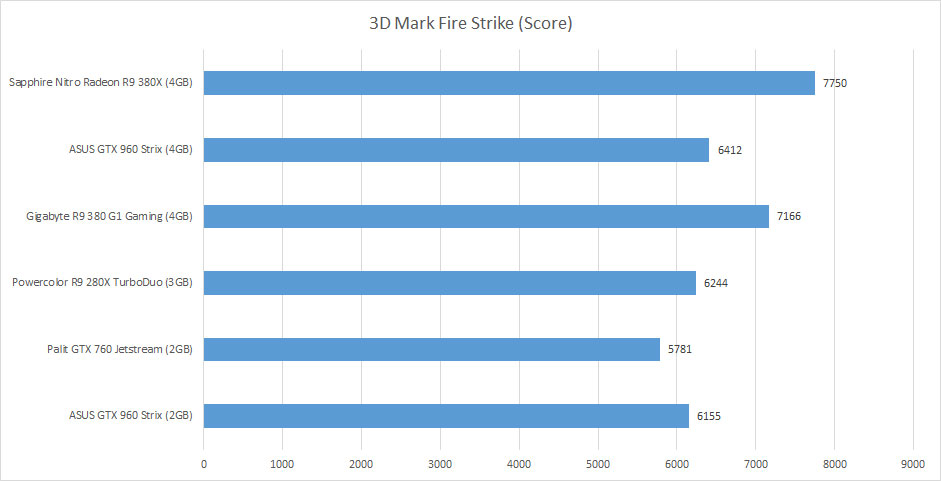 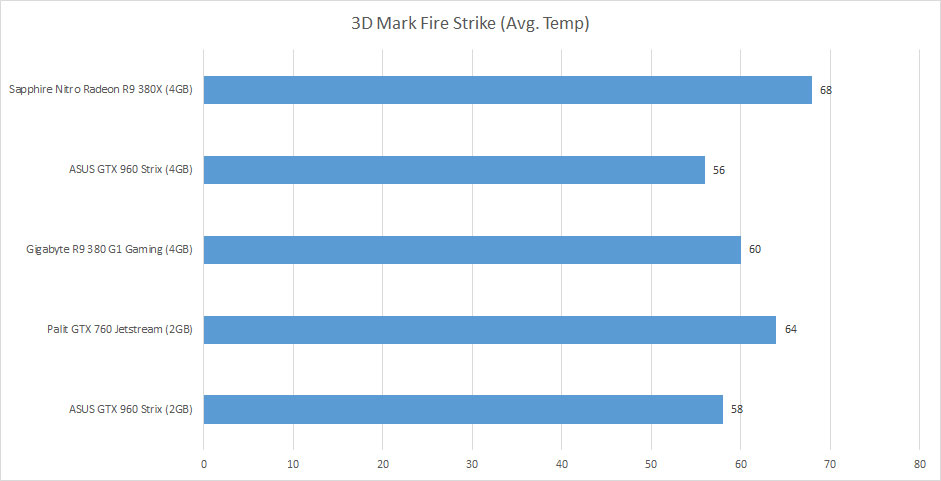 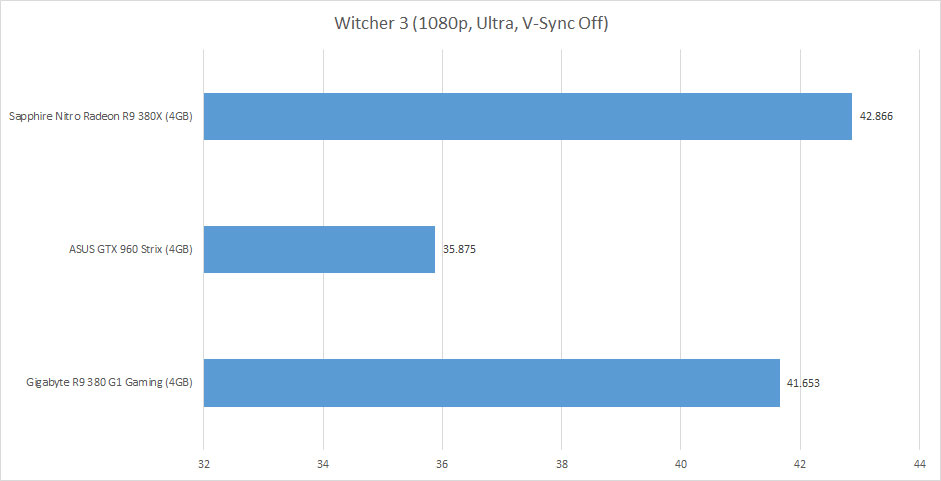 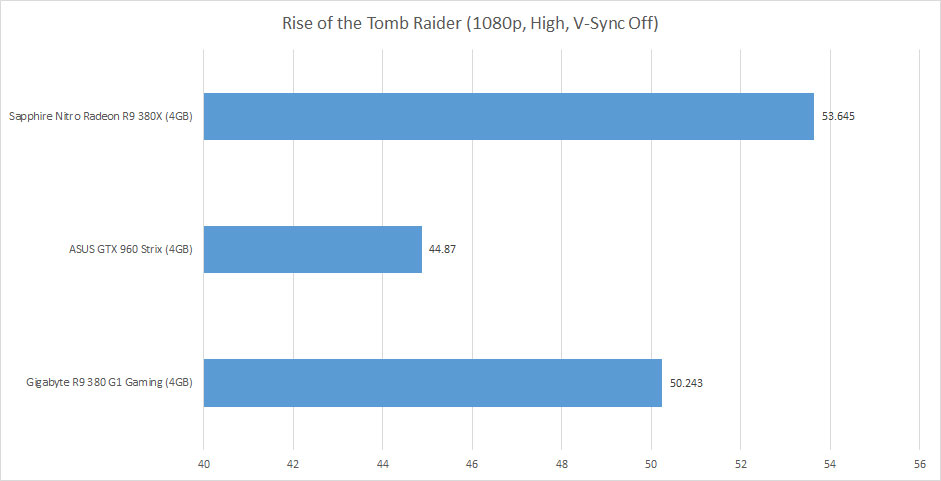 The Radeon R9 380 is undoubtedly the best card you can get right now in the Php10,000 to Php12,000 price bracket and the Gigabyte G1 Gaming is a very good version of it. It beats out its direct competitor, the GeForce GTX 960 from NVIDIA, in terms of performance in both benchmark tests and real-world performance in almost any title. With the $9 380 you’ll be able to play most of the year’s latest titles at 1080p on high settings and get around 45-60fps while reducing the resolution to 720p will most definitely assure you a solid framerate of at least 60fps. The Radeon R9 380 might not hold this position for very long though as both AMD and NVIDIA are set to release new cards in the same price bracket later this year or early next year. But if you can’t wait, if you’re building a new system now, or if you’re in the market for a new Php10,000 to Php12,000 video card today then you can’t go wrong with the Radeon R9 380.