Back before the launch of the original Destiny in 2014, there was a lot of excitement and anticipation for the new game due to developer Bungie’s previous success with the Halo franchise. And when it was finally released, the initial impressions for the game were mostly positive thanks in part to its enjoyable gameplay and interesting world. But things gradually changed as players progressed further into the game and found it quite lacking in both story and content. A problem that would only be fixed a year later with the release of the game’s third expansion, The Taken King, which not only introduced significant updates to Destiny’s gameplay but also added enough content to entice players to return to the game.

Three years after the launch of the original game, it was looking like history was repeating itself with the release of Destiny 2. While it was praised for fixing some of the issues its predecessor was facing, including a better story and the addition of quite a number of qualify of live improvements, it was also panned for removing random rolls and changing to a more restrictive weapon system. The removal of random rolls and the lack of a proper end-game gave players little incentive to keep playing after they’ve cleared all the available content. And similar to what happened to the original Destiny, it took Bungie a year to finally get to the point of turning things around with the launch of Destiny 2’s Forsaken expansion. 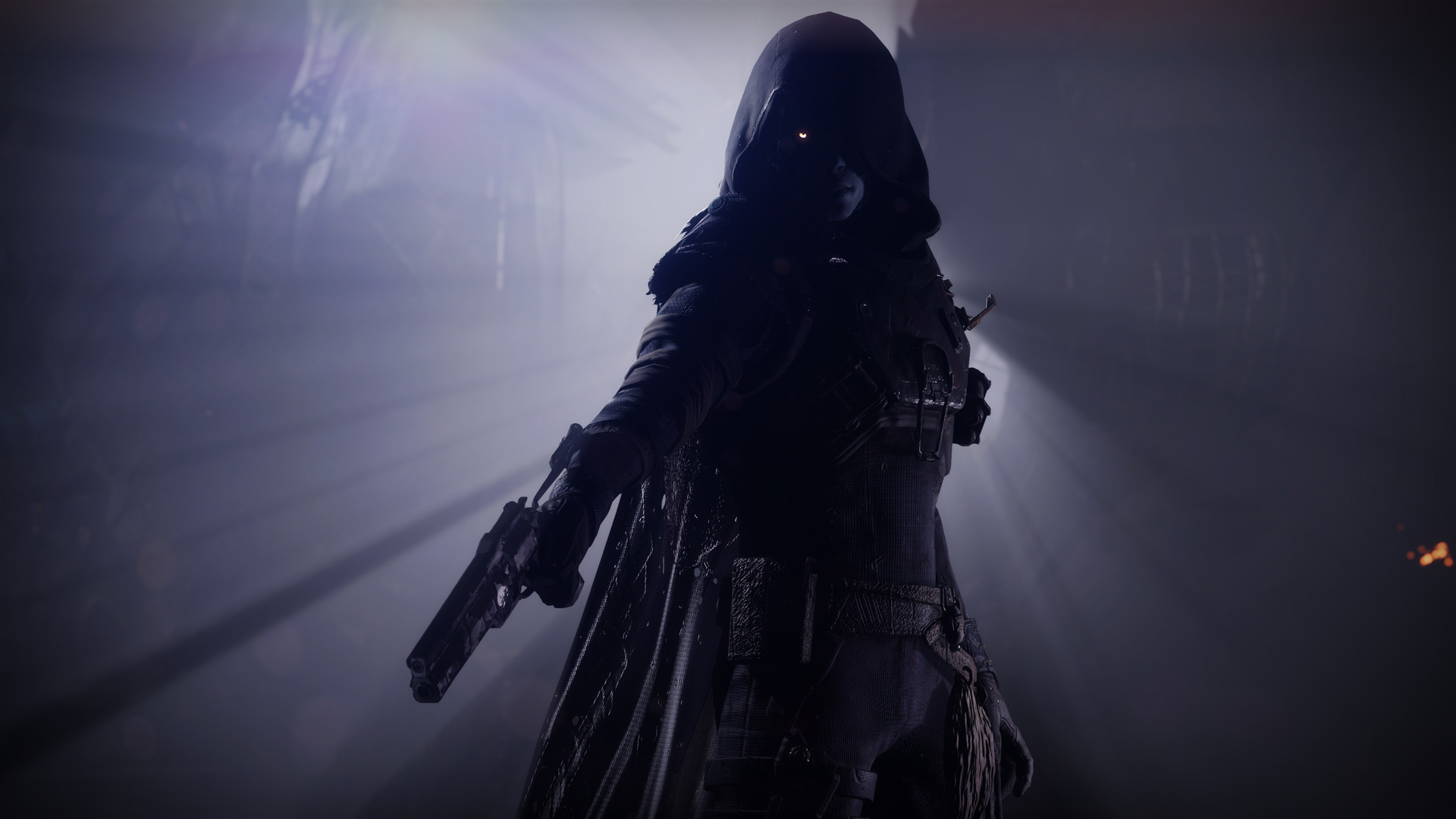 The start of the expansion drops players right in the midst of a jailbreak at the Prison of Elders, which they have to attempt to cull alongside fan-favorite character Cayde-6 and Petra Venj. Sadly, the jailbreak ultimately ends with the untimely demise of Cayde-6 at the hands of the expansion’s primary antagonist, Uldren Sov, and his band of Scorn. The Scorn, a mutated faction of Fallen, are Forsaken’s new race of enemies and are led by a group of eight Barons that serve Uldren. The death of Cayde-6, which was revealed prior to the expansion’s release, pushes the player to go after Sov on a quest of vengeance, even without the assistance of the remaining Vanguard.

The campaign then brings the player to the Tangle Shore, one of the new areas added with the new expansion, to track and take down each of the Scorn’s Baron leaders and eventually Uldren Sov himself. In the Tangled Shore, players meet new characters like Spider, a Fallen syndicate boss, whom which most of the campaigns quests will come from. While the bulk of the relevant campaign quests in Forsaken will be held in the Tangled Shore, some of the initial quests will lead players back to familiar areas such as the EDZ and Io. Once the actual hunt for the Barons has commenced, players will be able to choose the order in which they want to hunt down the Barons, with the exception of their leader, The Fnatic, who will always be taken down last. This gives the expansion less linearity while maintaining the quality of its narrative. 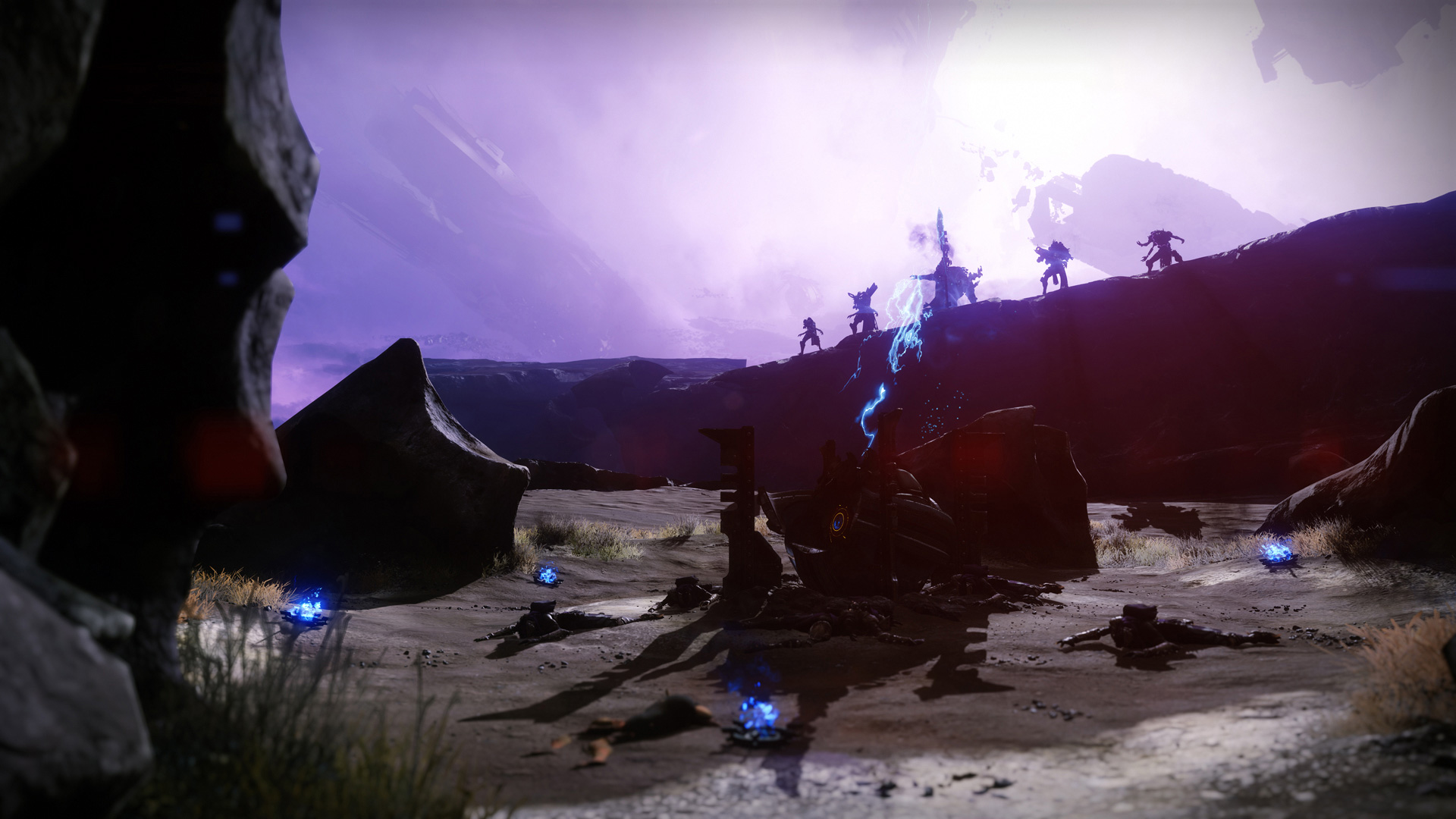 Each of the missions that lead to a Baron does have a recommended Power Level but players will still be able to take any of them in whatever order they choose, even if the player has a lower Power Level than what’s recommended. In actuality, none of the Baron fights proved to be impossibly difficult and each challenge was definitely distinct and enjoyable. Each of the Barons feature unique and rather interesting aspects and mechanics that set them apart from each other. The battle against The Mindbender proved to be the most interesting with his mastery of the Ascendant Realm and his control of the Hive, which was quite surprising considering the Scorn are at war with them.

In spite being relatively short, the campaign of Forsaken has proven itself to be one of the game’s best so far. It’s compelling and engaging premise, the death of Cayde-6, gives players a more personal motivation to pursue the story to its conclusion. It allows the game to have a closer relationship with not only its characters but the players as well aside from the more conventional yet overused “save the galaxy” story. While the general narrative of the game does switch back to something broader after the conclusion of Forsaken’s campaign, it only serves as the backdrop for the establishment of the expansion’s proper end-game, the new area called The Dreaming City. 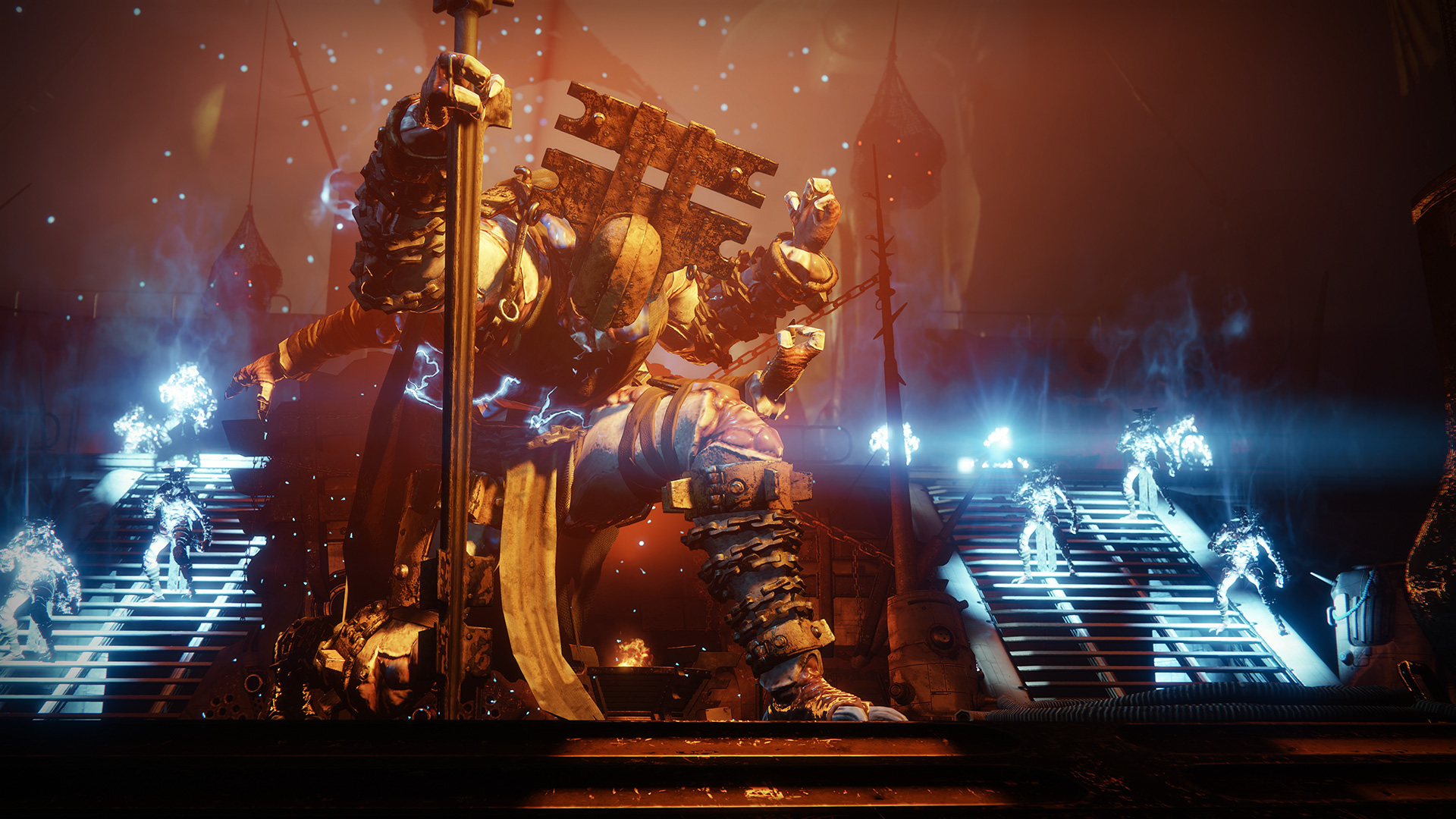 The Dreaming City is Forsaken’s dedicated end-game zone. It plays host to the expansion’s new raid, The Last Wish, as well as new quests, high-level patrols, public events, and more. The new area continuously evolves as more players discover, unlock, and clear more of its content. Such as when the Last Wish was first completed, it unlocked a new strike and mission for every player in The Dreaming City. The Dreaming City also houses the Blind Well, a new activity akin to the Court of Oryx and Archon’s Forge from the original Destiny or Escalation Protocol from Destiny 2’s Warminde expansion. This constantly changing end-game area gives players something to keep returning to for newly unlocked content.

Unlocking the Dreaming City and getting to Forsaken’s end-game isn’t so difficult. Progression in Forsaken isn’t as grindy as one would expected, at least until the player reaches power level 500, the game’s current soft cap. Going through the campaign and doing occasional events or patrols provided enough experience to level up to the current cap of 50 while also getting a steady stream of better equipment. Apart from going through the quest line that unlocks the new subclasses introduced with the expansion with its accompanying new Super ability, there wasn’t any significant amount of grinding that needed to be done to keep up with either gear or experience. 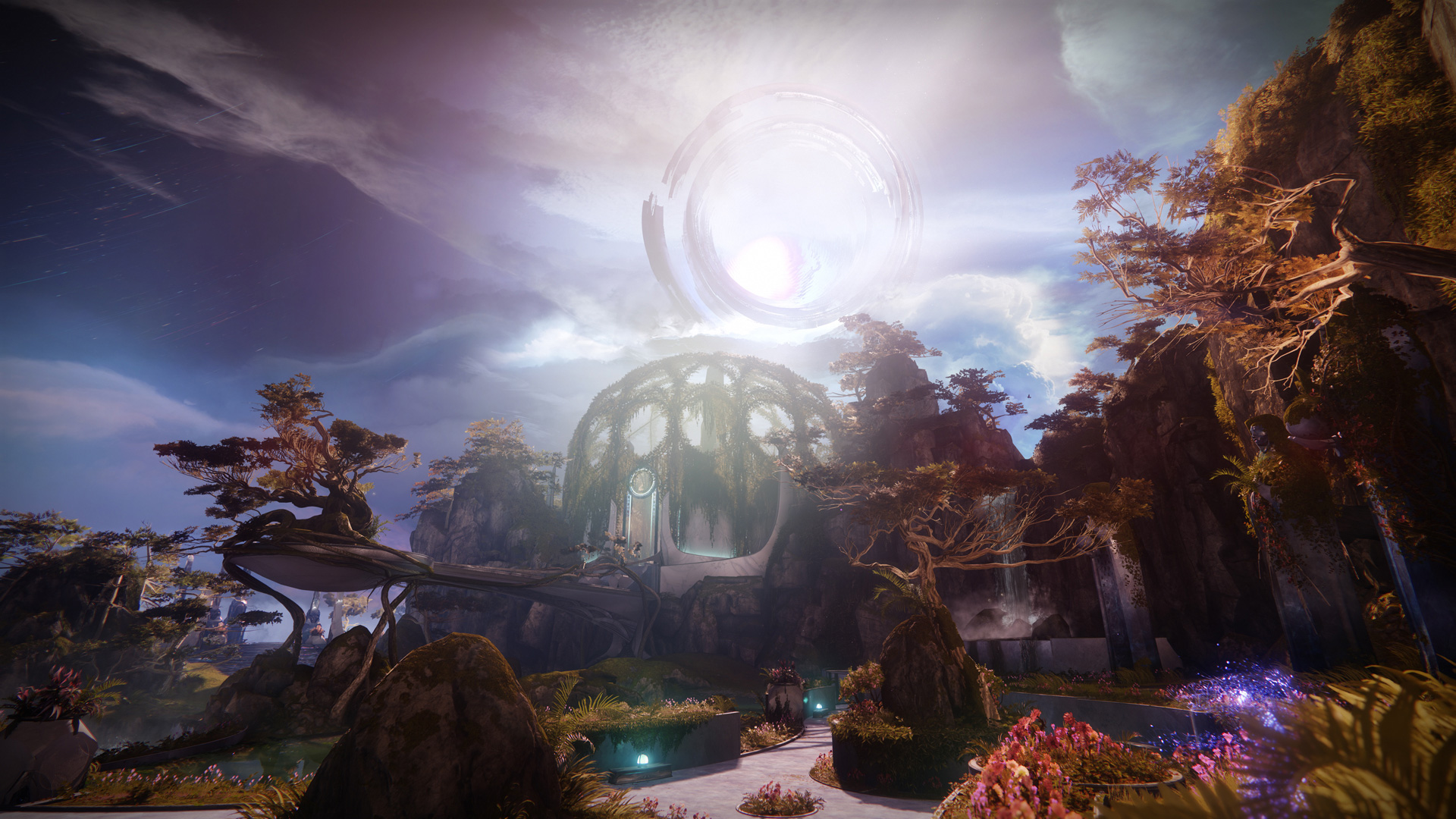 The release of Forsaken signaled the potential end for some of the issues many players were facing during the game’s initial launch last year. Specifically, the game’s stricter weapon system, the absence of random rolls, and its lack of a proper end-game. While The Dreaming City properly addresses the later issue, the developer also fixed the two other issues during the release of Forsaken. The changes to the weapon system could very well be the best the franchise has ever had. And while it may initially be confusing, especially for veterans of the franchise, it ultimately allows players a wider range of variety and flexibility that leads to a more enjoyable experience and enticing end-game grind. 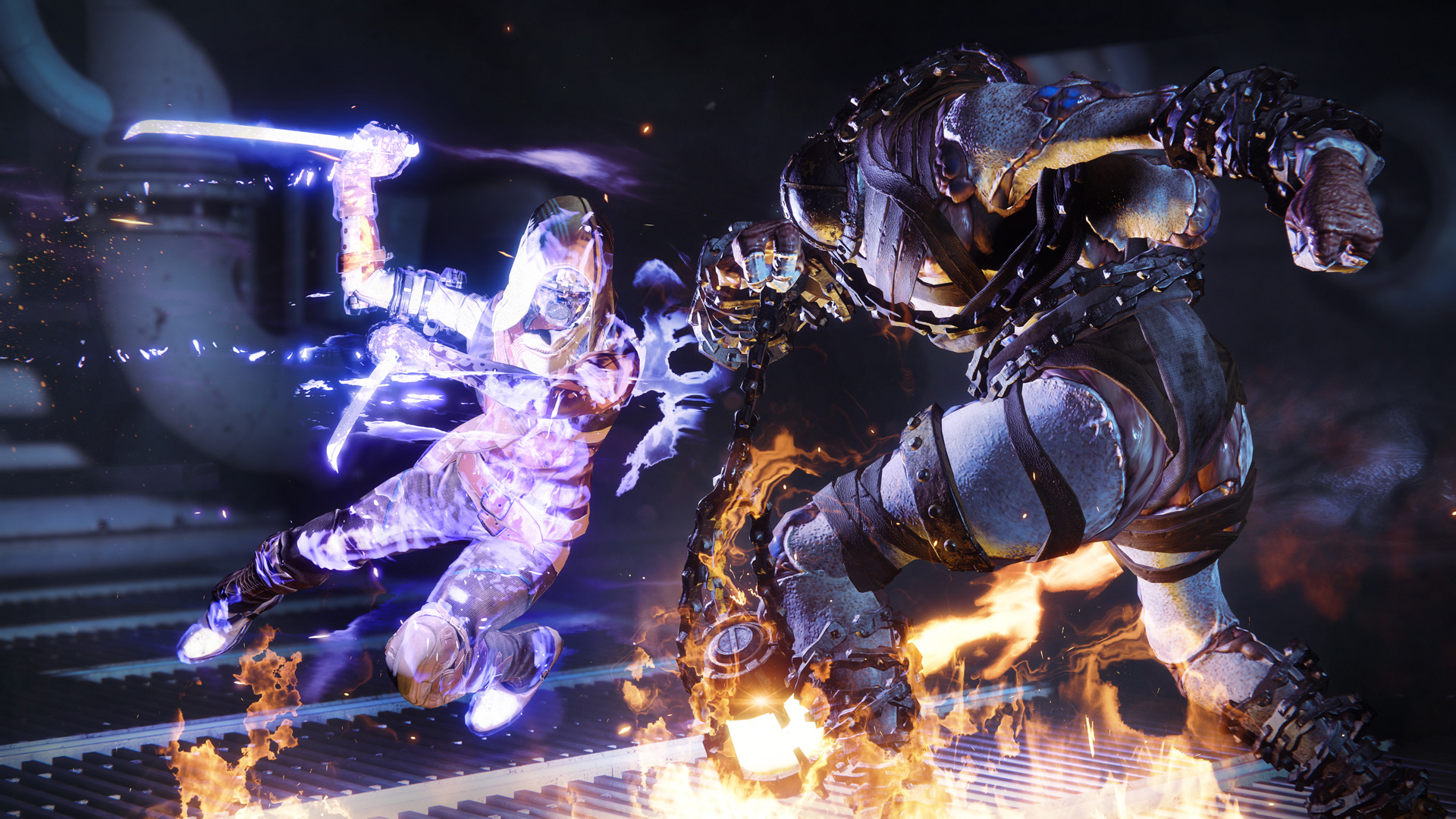 The weapon system that Destiny 2 introduced during its launch last year limited loadouts to only two primary weapons (kinetic/energy) and one power weapon, a drastic change to the weapon system in the original game. The system put many of the game’s special weapons like shotguns, sniper rifles, and fusions rifles in the same slot as rocket launchers and grenade launchers, which greatly limited player’s options. The new system in Forsaken retains the damage type slots (kinetic, energy, power) and ammo types but weapon types are no longer completely exclusive to certain damage types or weapon slots, allowing players a wider variety of potential loadouts that suit their playstyle.

In the new system, special weapons like shotguns and sniper rifles can now be equipped in kinetic or power slot, given that their damage type matches. The same goes for both the energy and power weapons slots as well, so players can potentially equip three special weapons at the same time. The obvious limitation to this new system is the available roster of weapons for each of the weapon slots. During the review, I never came across a hand cannon that could do Power damage, making it usable in the Power slot. Bungie will need to introduce a larger variety of weapons as the game moves forward to be able to truly maximize the potential of the new system and give players more freedom and variety. 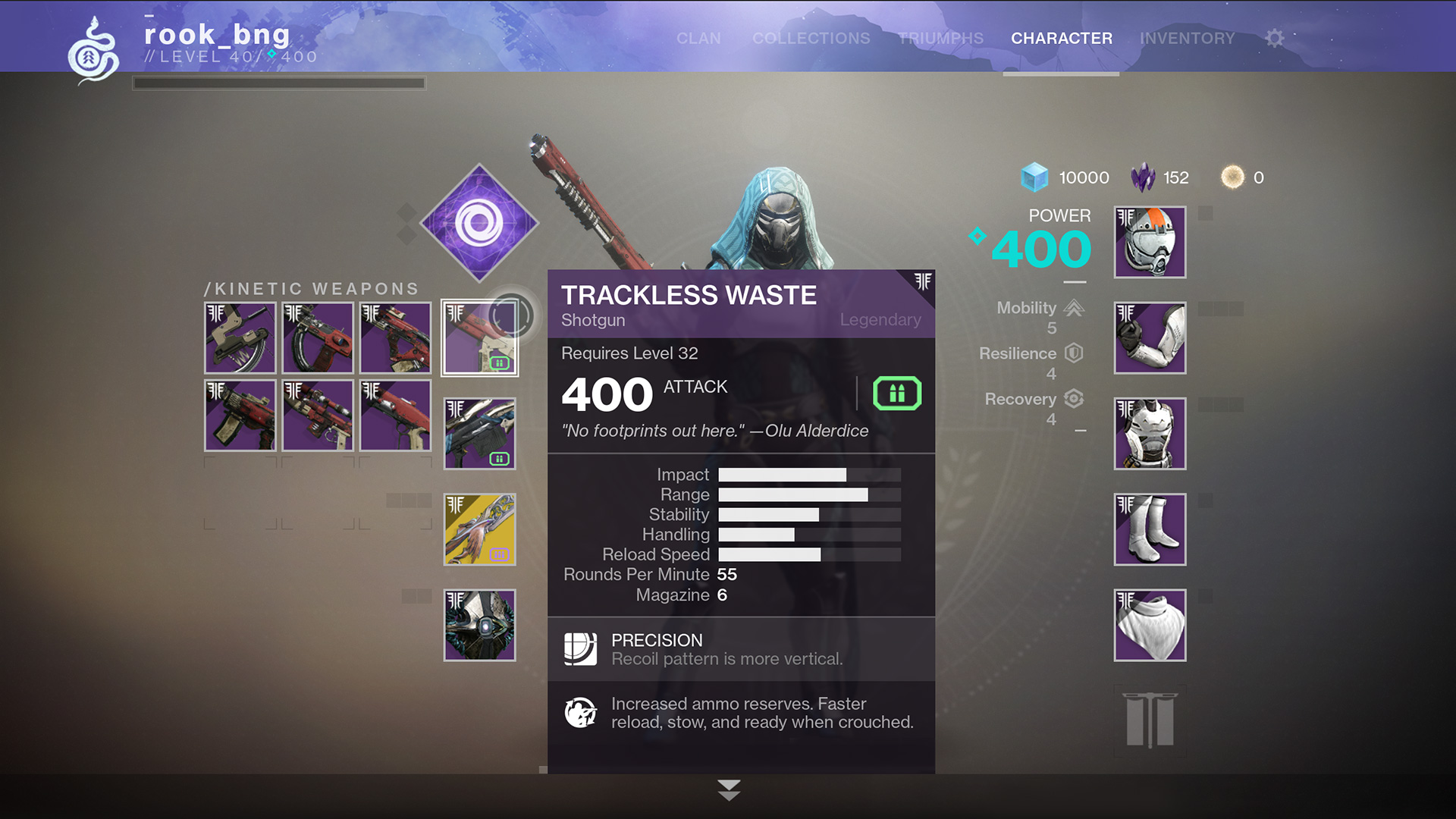 The new system isn’t without its drawbacks though as weapon types still use their respective ammo types. Special weapons such as the shotgun or sniper rifle still need special ammo (green), things like hand cannons and scout rifles still use primary ammo (white), and bigger weapons such as the rocket launcher still equip heavy ammo (purple). This set up makes it so equipping three weapons of the same type, such as three shotguns, will drastically limit the amount of ammo the player will have at their disposal and leave the other ammo types untouched. While it may 0be considered a soft restriction, this aspect of the new system encourages players to find optimal loadouts that maximize the game’s three ammo types.

The release of Forsaken also brought back random item rolls, one of the biggest features of the original game. Destiny 2 stripped away the random perk rolls and replaced them with static perks for weapons, ultimately taking away a big chunk of the game’s replayability. The removal of random item rolls took away the possibility of finding a better version of the same weapon, which made duplicate drops completely useless and replaying content somewhat meaningless. The return of the feature with the release of Forsaken once again gives players incentive to keep playing to hunt for that perfect roll, helping the game provide a better end-game experience than it previously had.

The release of Forsaken has definitely done for Destiny 2 what The Taken King did for the original Destiny. The release of the new expansion and all the changes and additions it introduced has brought the game to a place where players of every type, old and new as well as hardcore and casual, will be able to have fun. Forsaken was billed to fix many of the issues that have plagued Destiny 2 since its launch. And while it has definitely accomplished that, it has also gives players so much more. Forsaken’s campaign brought one of the best stories the franchise has ever seen and the amount of end-game content for players to enjoy in the Dreaming City will definitely last them for months to come. And with Bungie’s commitment to releasing even more content during Year Two, Destiny 2 is in the best place it can be right now and it can hopefully only get better from here.