When Catherine was released in 2011, it was met with a mostly positive reception due to its design, gameplay, and music, despite its difficulty and some of its uncomfortable themes. It was undoubtedly a superb game and now, eight years later, developer Atlus has not only remade it but also added so much more content that Catherine: Full Body almost feels like a brand new game.

Ported into the current Person 5 engine for the PS4 and PS Vita (in Japan), Full Body is now a much bigger game than the original. There are more levels, new cutscenes, new music, a total of 13 endings, a new love interest, and so much more.

For the uninitiated, Catherine stars 32-year-old Vincent Brooks who is dealing with this indecision towards his current relationship with long-time girlfriend Katherine, a new affair with a mysterious girl named Catherine, and Rin, who Vincent accidentally meets in unusual circumstances. The story takes place in a span of a week where Vincent must not only deal with his relationship problems but also escape the weird and scary nightmares that have begun plaguing him. 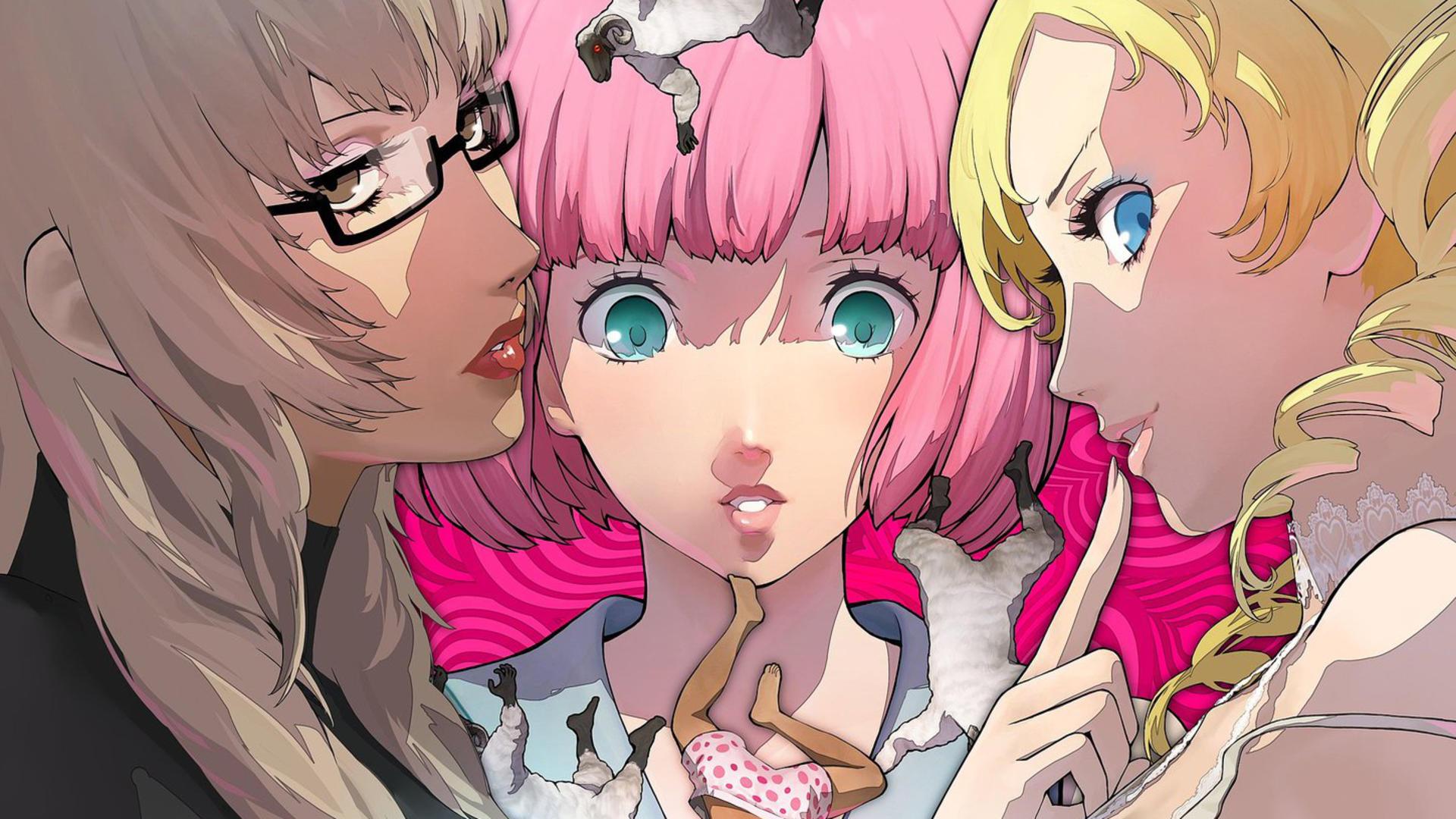 In the original Catherine, Vincent only had to choose between the serious and straight-forward Katherine or the wild and free Catherine. But in Full Body, Vincent now has a third potential love interest in the aforementioned Rin, who presents a vastly different tone than both Katherine and Catherine and is a great addition to the story. Impressively, Rin’s storyline was excellently added into the game that it intertwines seamlessly with the plot.

Catherine’s gameplay is divided into two major sections, the block puzzles and the Stray Sheep. In the former, which are basically Vincent’s nightmares, players have to climb a mountain of floating blocks to reach the door that will lead to Vincent’s freedom. Catherine’s puzzles are incredibly challenging. Figuring out which blocks to move and how to move them while keeping in mind that the rows of blocks will eventually fall can get tough.

There’s also the different types of blocks, items, and level bosses to think about. The last of those three, the level bosses, represent the different fears Vincent is facing in the story and they add a whole new level of difficulty in an already challenging game. 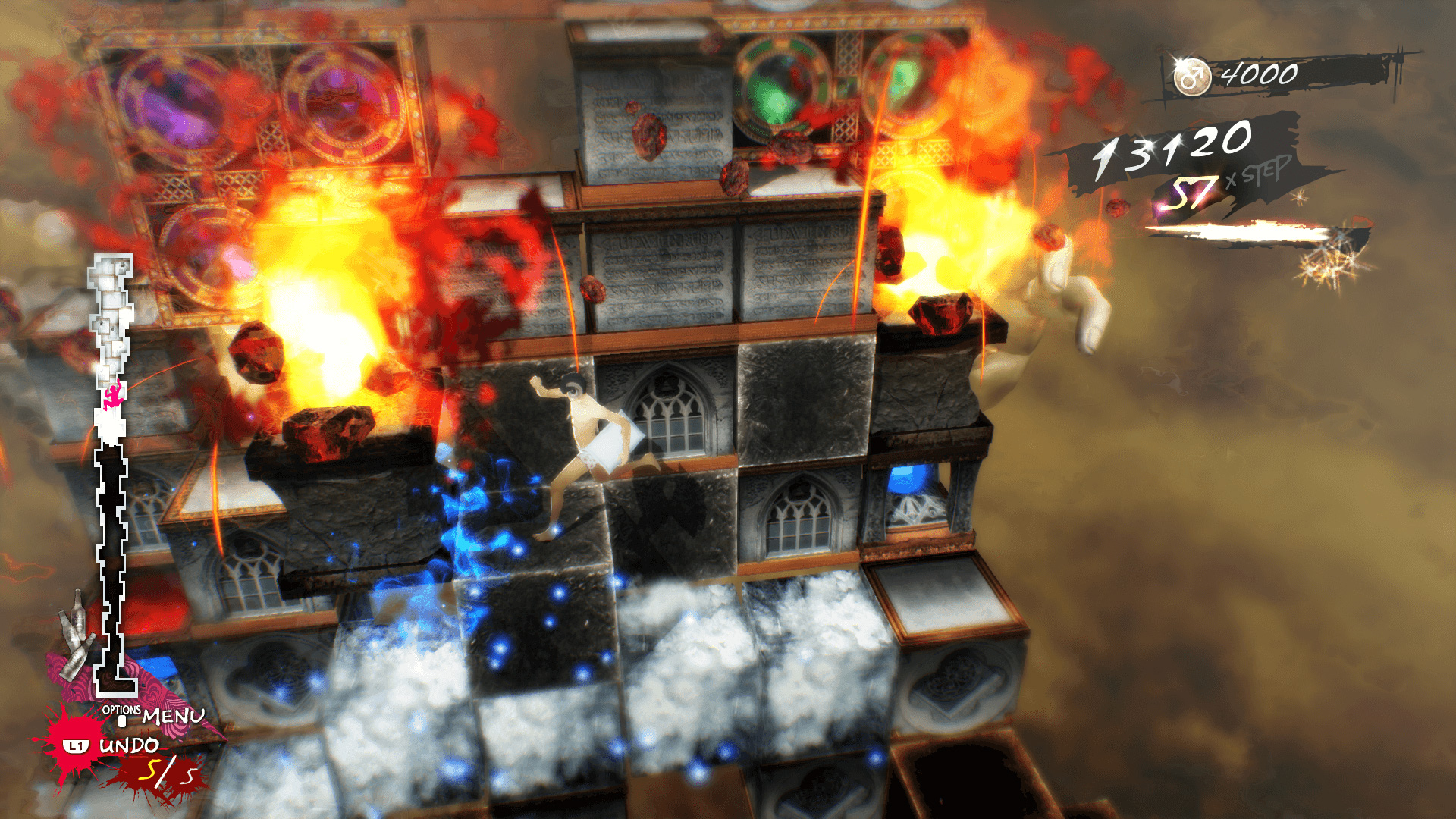 Luckily, Full Body now includes new and adjusted mechanics that help players get through the puzzles easier without having to completely redo entire stages over and over. Firstly, players can now undo a certain number of moves they’ve made in the event they realize they’ve made a misstep. Players can also increase the number of maximum undos they have by picking up Pillows on their way up the mountain of blocks.

For those who are really having a hard time progressing or those who aren’t fond of the puzzle aspect of Catherine altogether but still want to go through the game for the rest of it, there’s also now a Safety difficulty mode than enables several options for players to go through the stages with less to no difficulty. From skipping certain parts of puzzles to skipping whole puzzles altogether, the new Safety difficult makes the game a whole lot more accessible.

At the end of every puzzle, Vincent will have a chance to speak with other people, in the form of sheep, that are also going through similar nightmares to try and understand what’s troubling them. Players can also learn and review a few techniques for moving blocks as well as purchase items that become usable during the next puzzle stage. 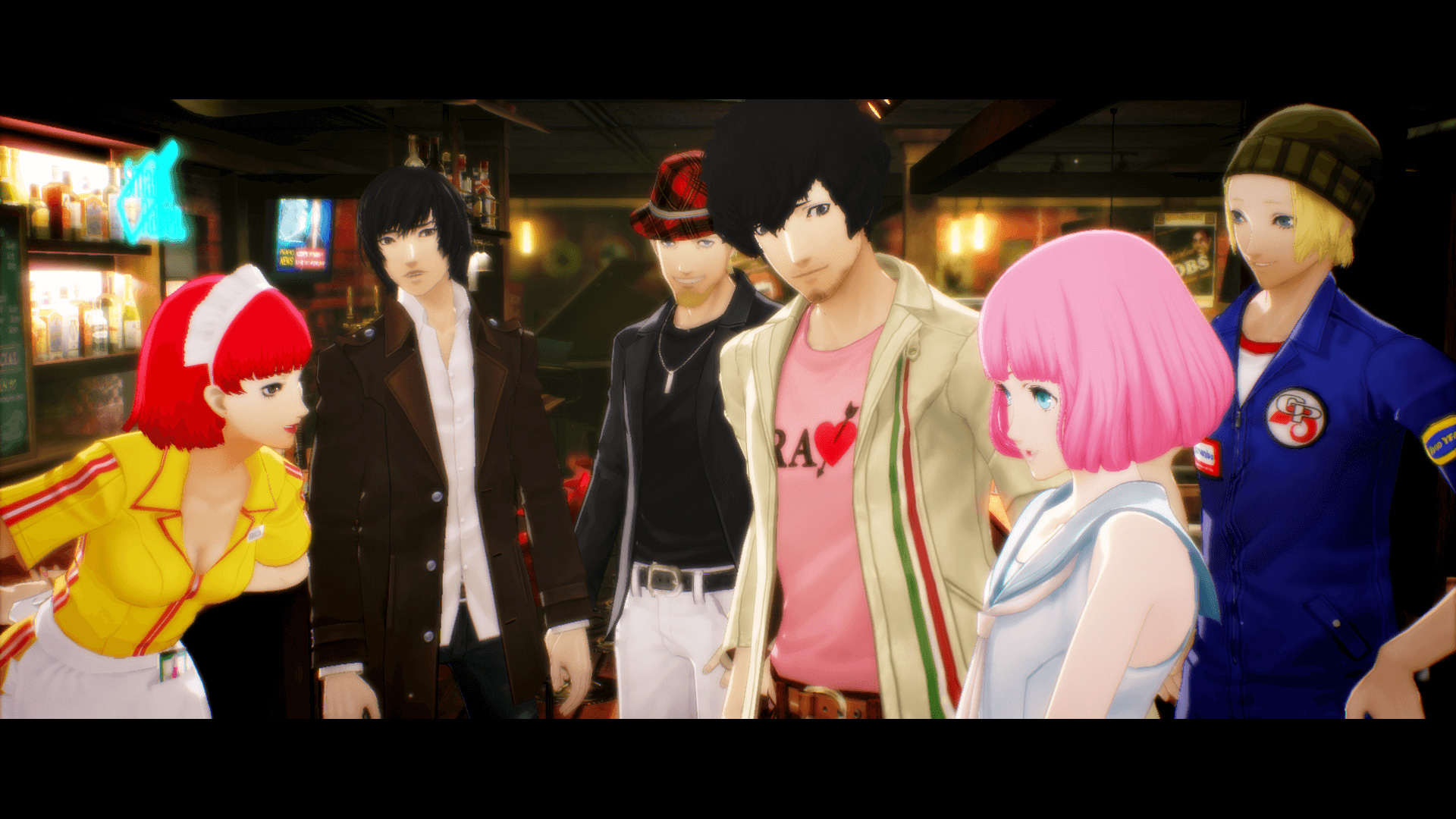 In between his nightmares, Vincent spends time in the Stray Sheep, the bar he and his friends hang out at. It’s during these sections that Vincent can talk to his friends, other patrons, and check his phone to communicate with his love interests. Players have to be mindful of which actions they choose to do though as each one takes up time and Vincent could miss out on other potential actions in the process.

The actions players choose to do and the decisions they make at the Strap Sheep affect the progression of the game’s story in varying degrees that eventually lead to one of the game’s 13 available endings. The game features a order/chaos meter that moves in either direction based on the decisions Vincent makes in certain situations. But oftentimes, the options presented to the player feel more like grey areas rather than clearly black or white.

Catherine isn’t for everyone, in spite of its complex gameplay and engaging story, some of its problematic themes and events may turn off many would-be players. Nonetheless, Full Body is a significant improvement over what was already a great game. The addition of Rin gives the game a refreshing new angle to the seemingly black and white situation Vincent is in and even if you’ve played the original, Full Body offers so many new things that it won’t really feel like just another playthrough.