Smartphone design trends change almost every year and one of the more popular trends back in 2018, which still somewhat persists today, was the gaming smartphone. From affordable to more expensive premium phones, many brands were both designing and marketing phones towards the mobile gaming market. One of those brands was ASUS with its high-end ROG Phone, a smartphone that not only looks but also performs the part incredibly well.

Even from afar, the ROG Phone easily stands out in the current market of clean and sleek phone designs. The back of the device is covered in a large panel of Corning Gorilla Glass with asymmetric cutouts for its fingerprint sensor, camera module, and a solid panel of aluminum that helps in the phone’s cooling. The aluminum panel features two copper vents that are purely decorative, with heat dissipation from the panel itself being the actual cooling element.

Under the Corning Gorilla Glass panel is either a plastic or aluminum panel featuring a cutout for the RGB-equipped ROG logo, the Republic of Gamers branding, and the brand’s signature Mayan-inspired line design, which compliments the rest of the rear’s aggressive and angular design aesthetic. 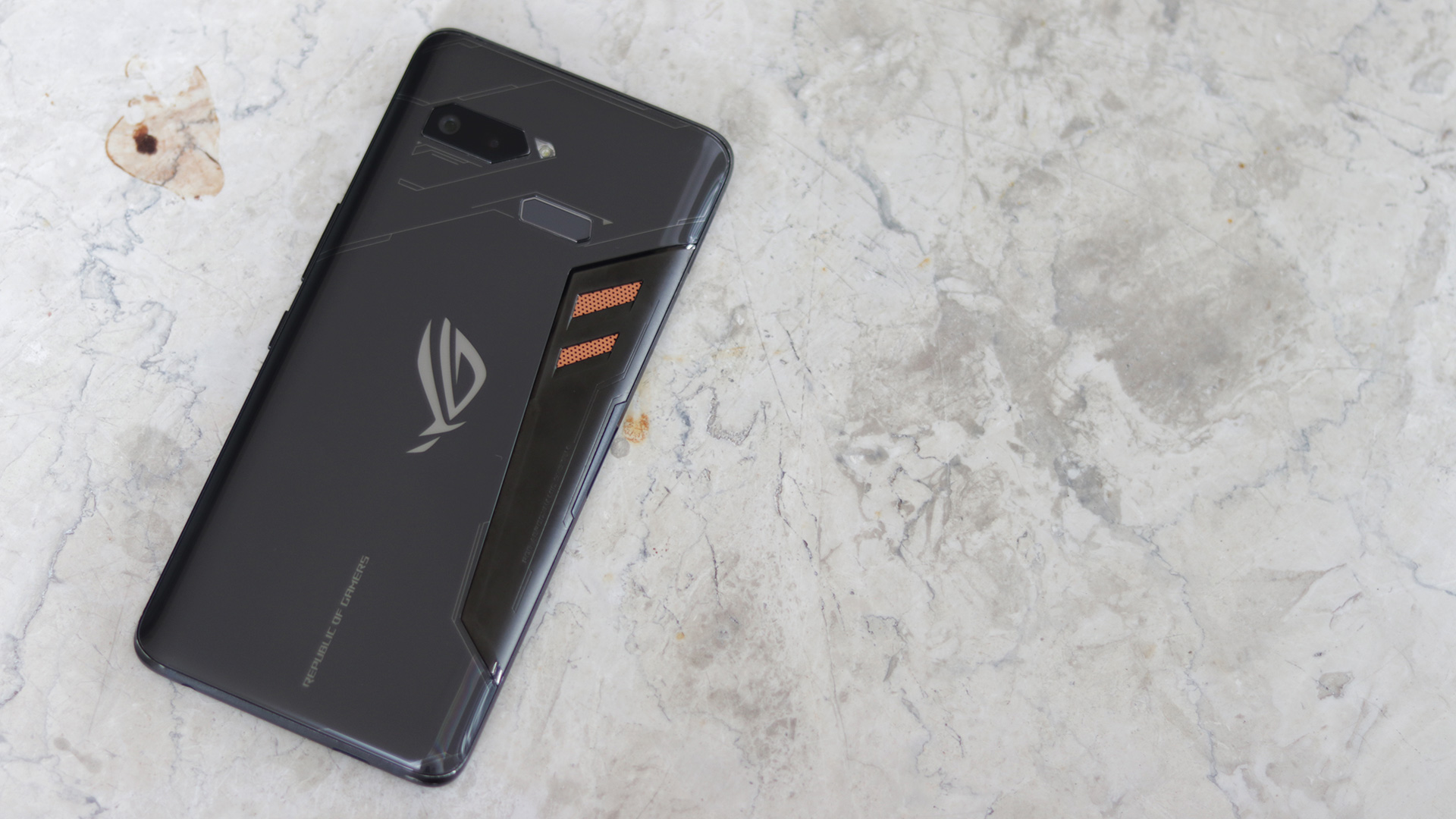 Despite releasing in late 2018, the ROG Phone surprisingly missed the trend of all-screen, notched smartphones and features bezels above and below the display. Considering that the company’s premium Zenfone 5Z and even the affordable Max Pro M2 both featured notched designs, its absence on the ROG Phone is definitely surprising but isn’t necessarily a huge detriment to the ROG Phone, considering its intended usage.

The presence of the top and bottom bezels still helps make the device easier to handle while gaming, offering a place for users to lay their thumbs for better grip or to avoid accidental or unintentional taps on the screen. The top and bottom bezels also let the company equip it with two front-facing speakers, represented by two trapezoidal orange vents, as well as its front-facing camera and array of sensors. 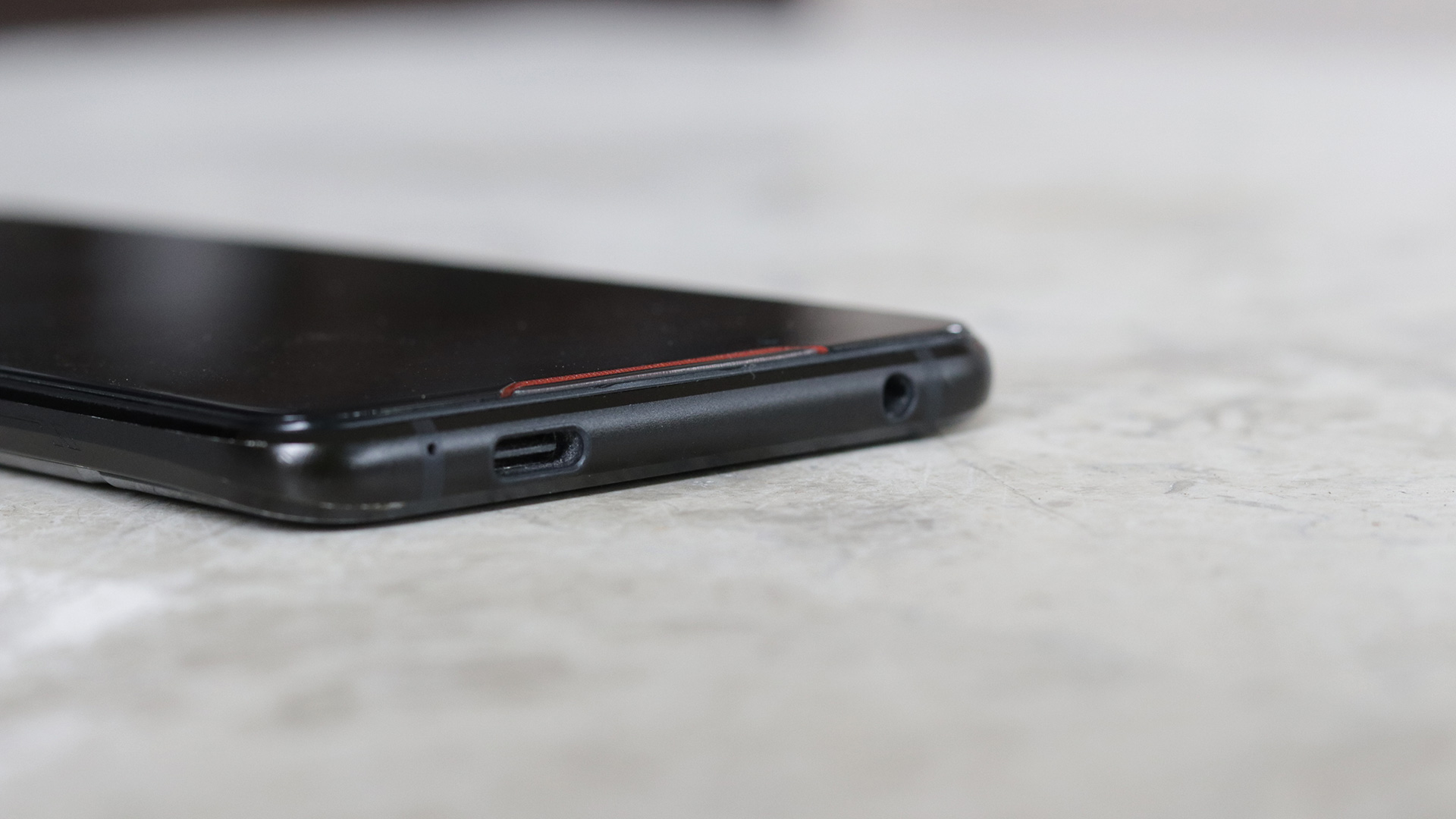 The power button and volume rocker of the ROG Phone are located on the phone’s right-hand side to make room for the proprietary USB Type-C-based connector found on the left-hand side used for the device’s variety of accessories. The bottom of the phone features its 3.5mm headset jack as well as an off-center USB Type-C port. The position of the Type-C port gives way to the device’s stereo speaker assembly.

The ROG Phone utilizes a 6-inch, full HD+ (2160 x 1080) resolution AMOLED display with a DCI-P3 color gamut of 108.6% and a contrast ratio of 10000:1. By themselves, these specifications already look pretty impressive. But what sets the ROG Phone’s display apart from most smartphone displays in the market is its refresh rate of 90Hz, which makes gaming (and even general usage) a completely better experience than almost any smartphone out there. 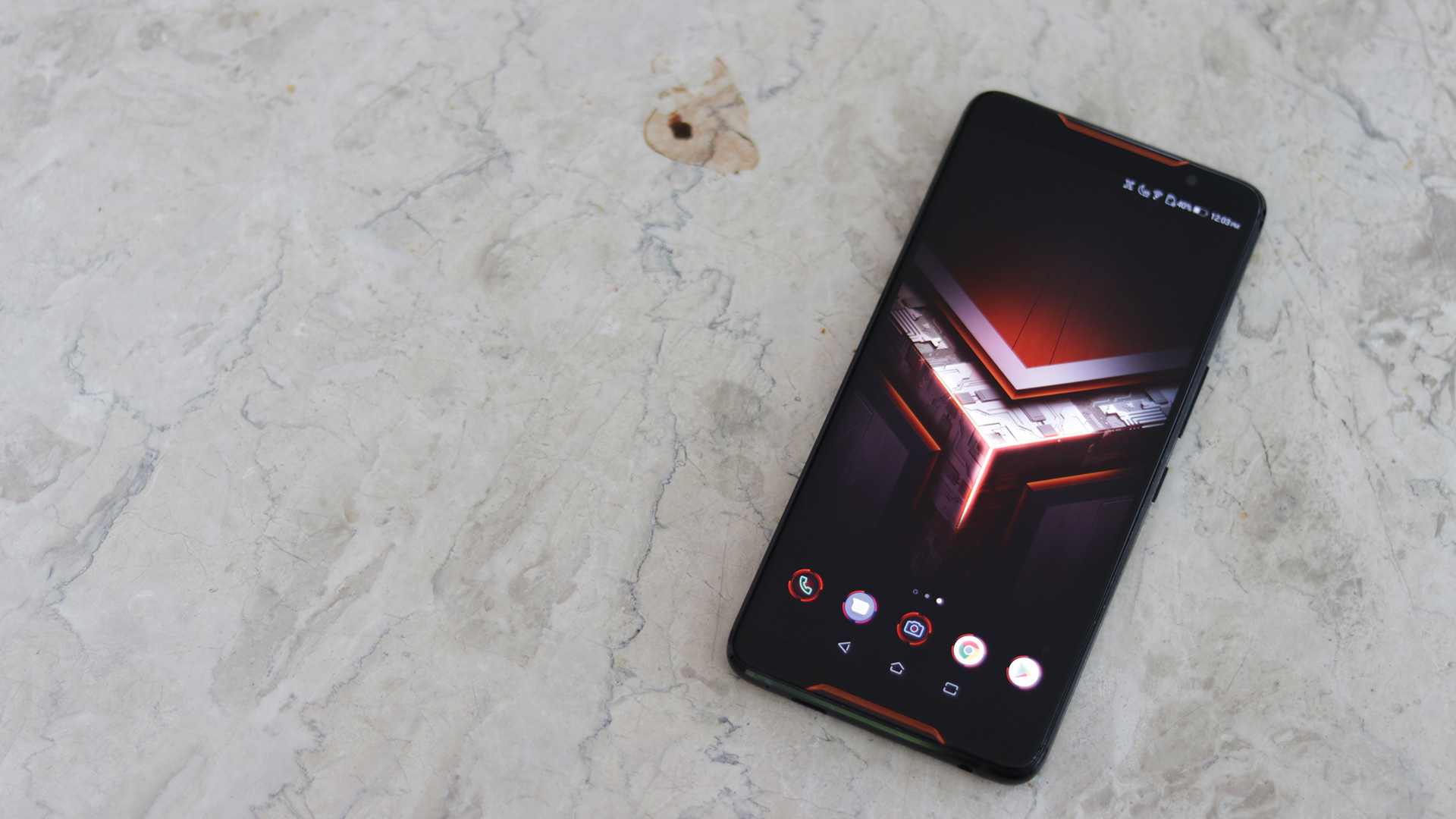 With its 90Hz display, using the phone and playing simple games such as Fate/Grand Order and Final Fantasy Tactics looked smoother and more fluid and also made playing action-packed games like PUBG Mobile and Asphalt 9 easier as moving objects were much more distinguishable. It must be noted though that keeping the display at 90Hz can noticeably shorten battery life so it’s best to leave it off and save it for playing games.

As with most of the current products under the ROG brand, it wasn’t a surprise that the ROG Phone also features external RGB lighting. As previously mentioned, the logo on the back of the phone as well as the one on the included Aero-Active Cooler light up and can be customized in the device’s Game Center app. Multiple ROG Phone users can also sync the RGB lighting between their devices. 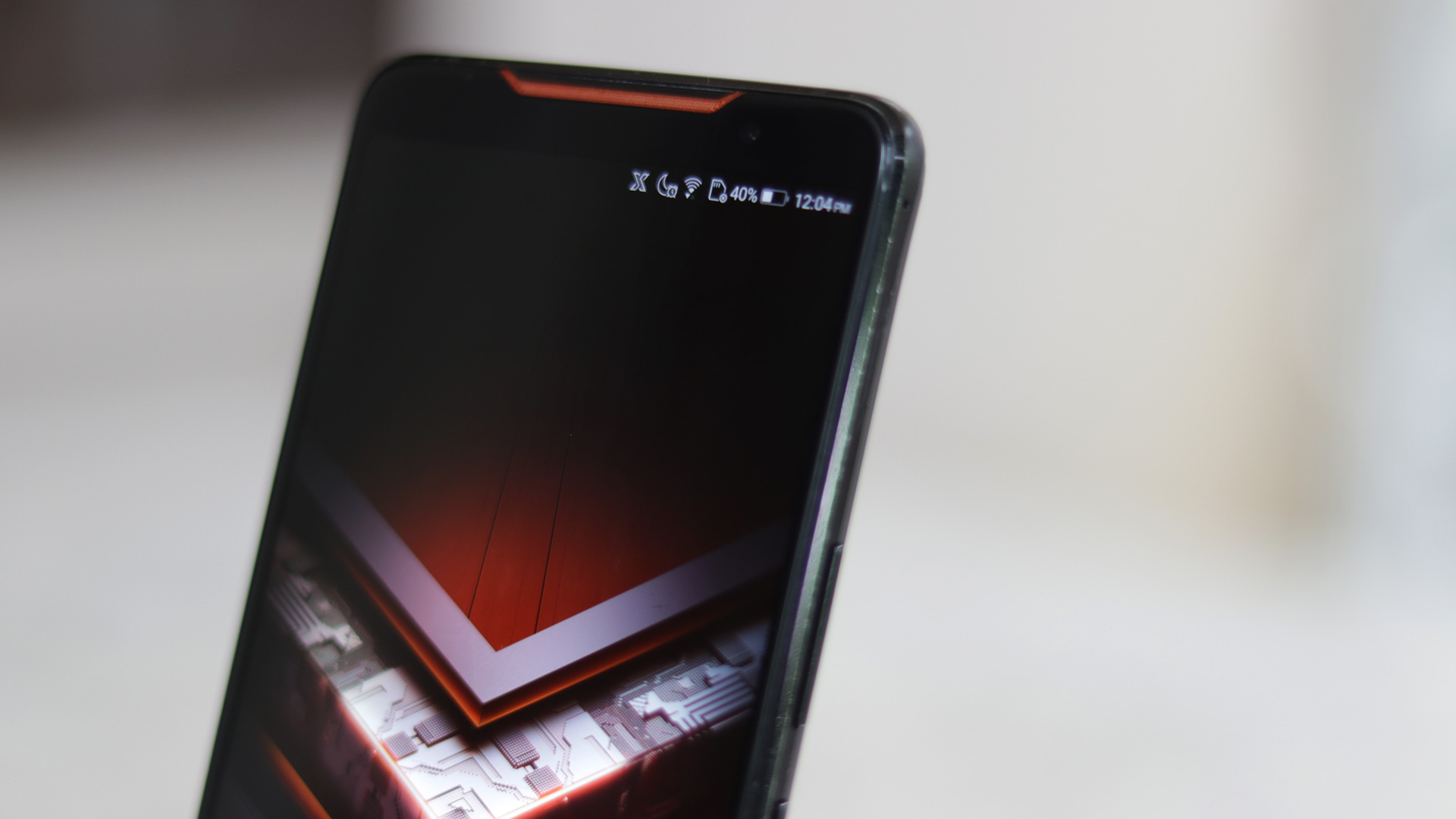 The aforementioned front-facing stereo speakers on the ROG Phone are the best we’ve ever heard on a smartphone. They’re the loudest and cleanest we’ve heard so far, with no noticeable distortion even at high volumes. The clarity of the mids and highs are incredibly impressive. And while they still lack a bit of bass, as with most smartphone speakers, the low-end is still clearly distinguishable.

Aside from its 90Hz display, what really sets the ROG Phone apart is the introduction of AirTriggers. The ROG Phone includes two AirTriggers on its right-hand side, that act as pseudo-shoulder buttons for games. There’s also an additional AirTrigger on the lower left-hand side for other uses such as launching apps or features. The AirTriggers are an innovative feature that has been desperately needed on smartphones that want to cater to gaming. 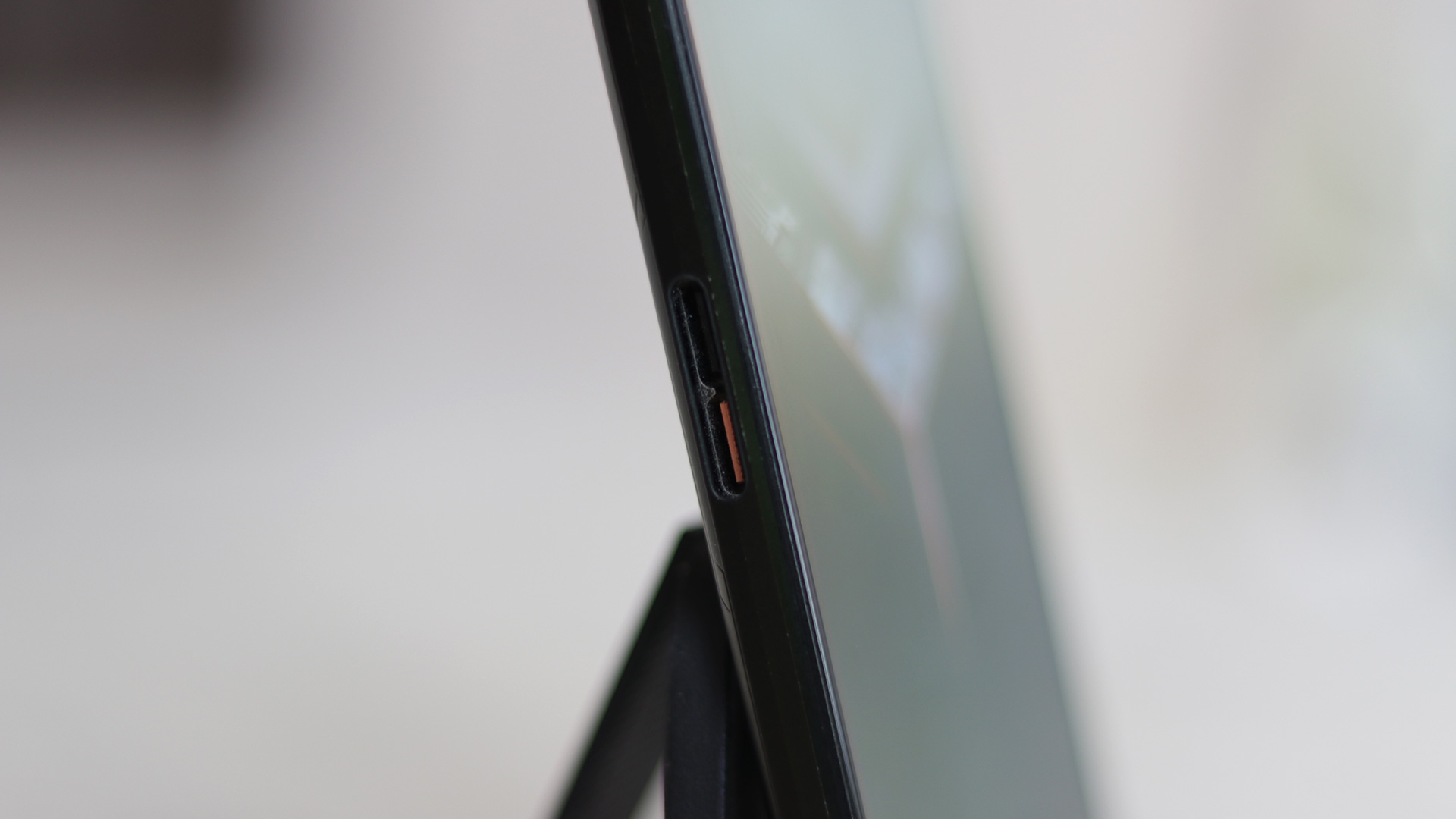 While they may take a while to get used to, the AirTriggers were impressively responsive and the haptic feedback really helped make them feel like actual buttons. They’re also easy to use for any game as they can be programmed to simulate taps on the display, so users need only place where the simulated tap will be performed once an AirTrigger is pressed to make them work with almost any game.

Along with the release of the ROG Phone, ASUS also released a large assortment of accessories for the device, including several types of docks. But the only accessory that the company included with the standard model of the ROG Phone is the AeroActive Cooler, which is basically an external fan that’s meant to dissipate heat from the rear of the device. The cooler also comes with a USB Type-C port as well as a 3.5mm jack. 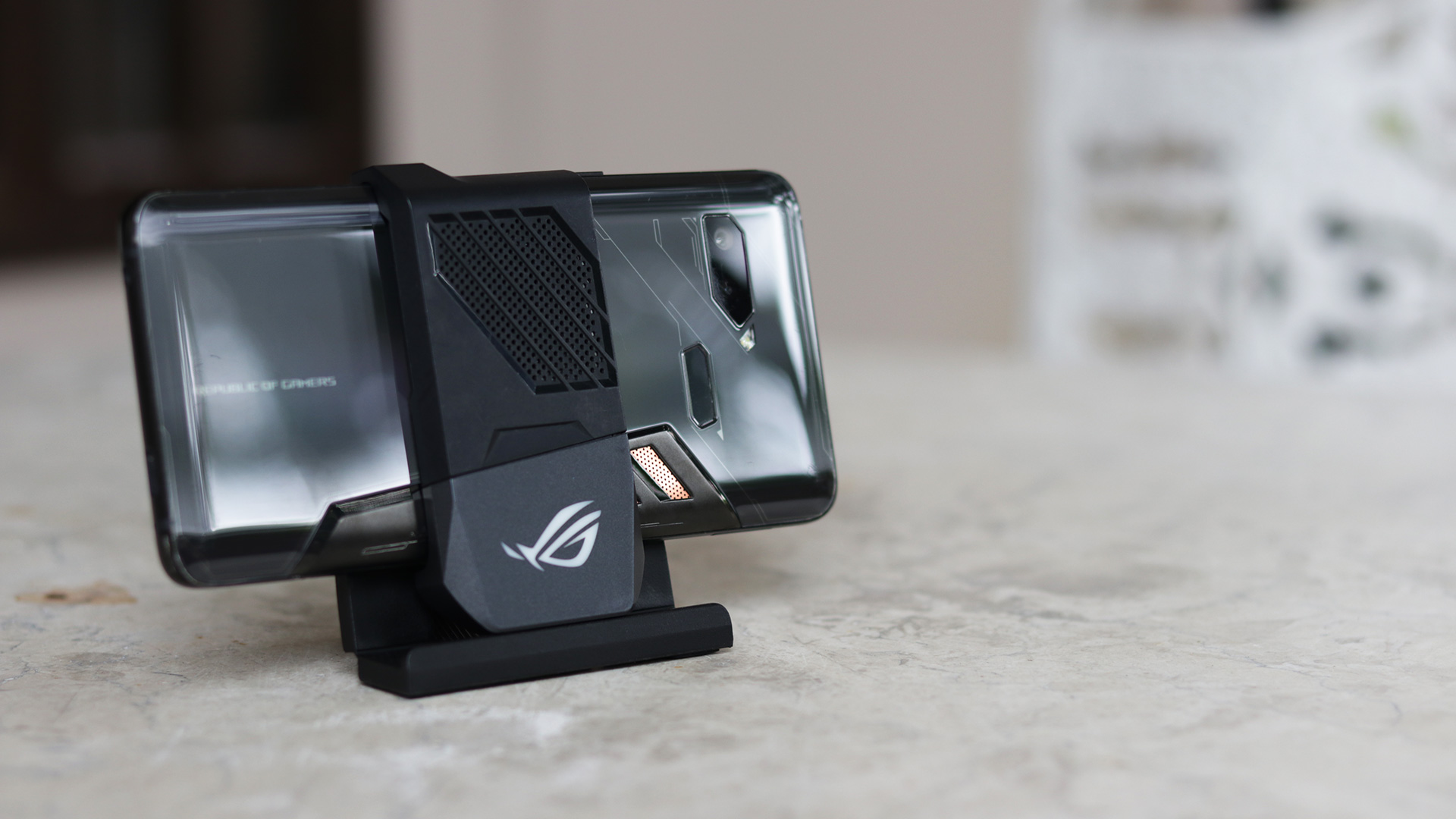 While the AeroActive Cooler looked gimmicky at first, it turned out to be an effective way to not only cool the ROG Phone, with a temperature difference of about 3-6°C in our tests, but also increase its performance as the lower temperatures gave the phone’s processor more room to sustain higher clocks. Additionally, the included ports make the phone easier to handle when held horizontally as you no longer have to deal with cables coming from the side of the device.

As a gaming phone, it isn’t surprising that the ROG Phone is equipped with the top-of-the-line internal hardware. The company wasn’t satisfied with getting a regular Qualcomm Snapdragon 845 octa-core processor but instead, they got speed-binned chips that are clocked at 2.96GHz instead of the regular 2.8GHz. It’s also equipped with an Adreno 630 GPU, and 8GB of RAM, all of which are more than powerful enough to run the latest and most popular mobile games.

We ran the ROG Phone through several benchmark tests including AnTuTu Benchmark, GeekBench 4, and 3DMark, and we were pretty impressed by the results (which we’ve posted below). We also played several games on the ROG Phone, including PUBG Mobile, Asphalt 9, Final Fantasy Tactics, and Fate/Grand Order, and it was easily able to handle all those games without any issues. 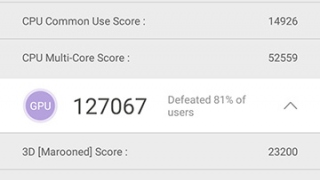 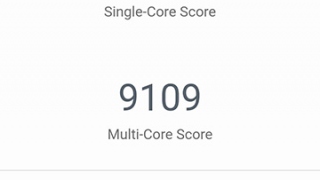 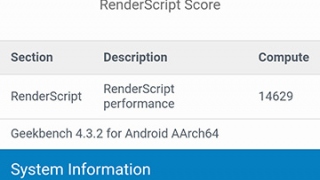 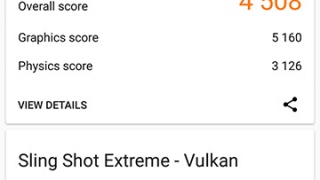 The ROG Phone is equipped with the same cameras as the Zenfone 5Z, which was released almost six months earlier. But in spite of the relatively older cameras, the ROG Phone still takes impressive photos, which could possibly be due to the company improving the software behind the cameras. Photos from the rear camera have great detail and color while the front-facing camera is definitely serviceable for selfies. 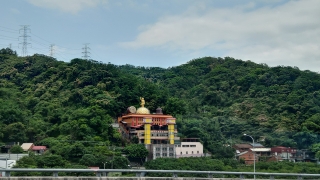 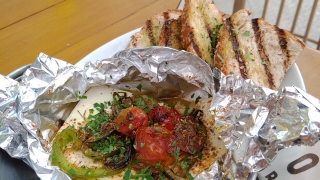 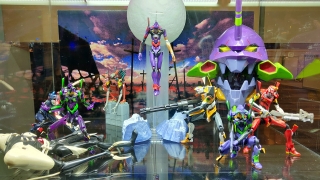 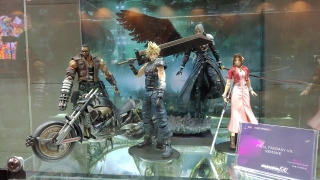 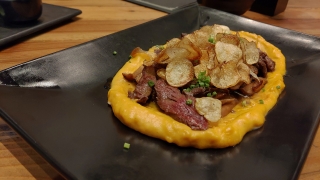 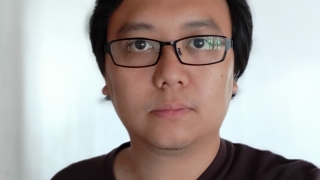 The ROG Phone is equipped with a 4,000mAh battery, which is a relatively large battery for a flagship device. In our tests, the ROG Phone gave us about 7-8 hours of battery life with heavy usage and the 90Hz display on while it can be extended to up to 11 hours or more with mixed to light usage. The ROG Phone can also be charged rather quickly, due to its HyperCharge technology, taking less than two hours to fully charge the device from about 5% battery life.

The ROG Phone is undeniably one of the best gaming smartphones available in the market right now. With its impressive performance, 90Hz display, and innovative AirTriggers, the gaming experience on the ROG Phone is like no other. While there are a number of other phones that also have great performance and are equipped with displays that are just as fast or even faster, the experience provided by the ROG Phone’s AirTriggers is almost unmatched and brings mobile gaming even closer to conventional portable console gaming. Anyone who’s looking for a flagship smartphone that’s dedicated to gaming and has the budget to spend on not just the phone itself but also its accessories can’t go wrong with the ROG Phone.