The introduction of the Skylake architecture and all the technologies that came along with it has really made this generation of motherboards pretty exciting as manufacturers try to pack as much value into their boards as they can. From hardware and software features, companies have really pushed the envelope in motherboard design and production. One of these manufacturers, Asrock, has released the next-generation of its gaming-focus Fatal1ty line of motherboards with the high-end Z170 Gaming K6 and we check out this new board to see what Asrock has done to set itself apart from the rest of the Skylake motherboard pack.

The Fatal1ty Z170 Gaming K6 features the same ATX-sized black PCB and the same black and red color scheme of its Z97 predecessor but this time there’s a lot less red and a lot more black giving it a darker and more solid look. Also like its predecessor, the Fatal1ty Z170 Gaming K6 features heat sinks on the VRM and the chipset, with the chipset heatsink featuring a shiny plastic Fatal1ty emblem on it, but Asrock has also added a plastic shield over the I/O panel and audio section of the motherboard, improving the overall look of the product.

The upper half of the motherboard features the I/O panel, the LGA Socket 1151 for 6th generation Intel Core Processors, the Digi Power 12 Power Phase, four DDR4 RAM slots that support up to 64GB of memory at speeds of up to 3866MHz, and physical backlit power and reset buttons. The lower half of the board features three PCIe 3.0 x16 slots that support Quad SLI or three-way CrossFireX, three PCIe 3.0 x1 slots, the 7.1 surround HD Purity Sound 3 audio, one Ultra M.2 SSD port, two SATA Express, eight SATA3 connectors, the dual-BIOS chips, and a diagnostic POST LED display. 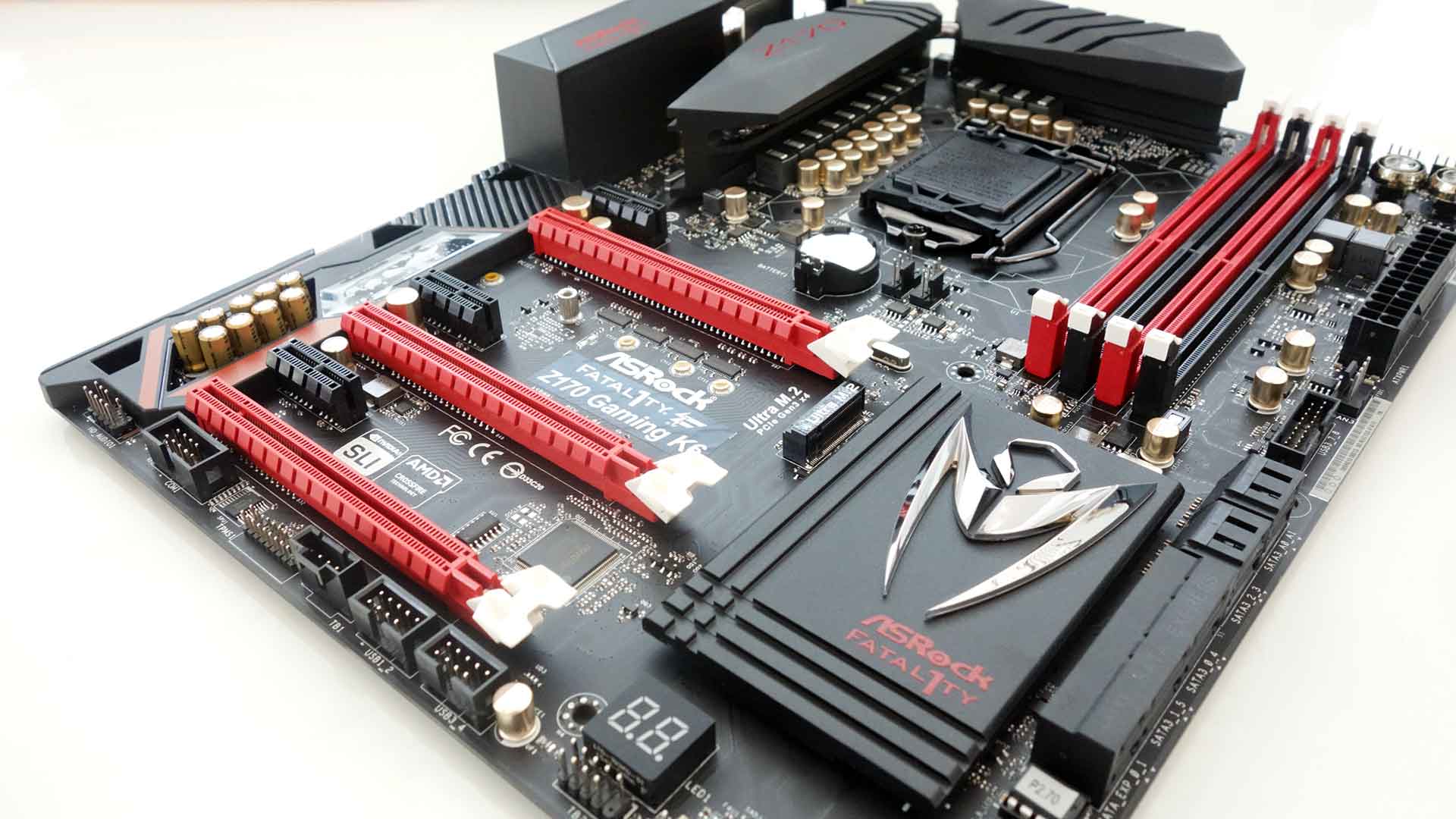 There are two 4-pin CPU fan headers and six 4-pin chassis headers around the upper part of the board making it easy to connect or remove CPU or fan connectors without having to touch any of your PCIe cards. The other standard board connectors and headers are placed in their usual spots including the CPU and motherboard power connectors, USB 3.0 headers, USB 2.0 headers, HD audio headers, and the front-panel headers. The previously mentioned power and reset buttons are also smartly placed near the top of the board and coupled with how large they are they are pretty easy to use.

The Fatal1ty Z170 Gaming K6 comes with installed with a slew of useful features that make the motherboard and the whole rig itself easier to use including an ingenious dual-BIOS system which allows you to simply fall back to the secondary BIOS if and when something goes wrong with the primary, like if it gets corrupted or after a failed overclock. This means that even beginners will be able to try overclocking or playing with their system’s settings without much fear of bricking it.

As for the UEFI BIOS itself, Asrock has refined it in their Z170 boards to be simpler and more user-friendly. The UEFI features larger panels with easy-to-spot information as well as options for one-button overclocking for the CPU via the CPU EZ OC button, fan control, and other performance and customization settings. There’s also an Advanced Mode which looks quite similar to the ones found on previous Asrock motherboards with a lot more controls especially for overclocking the system. 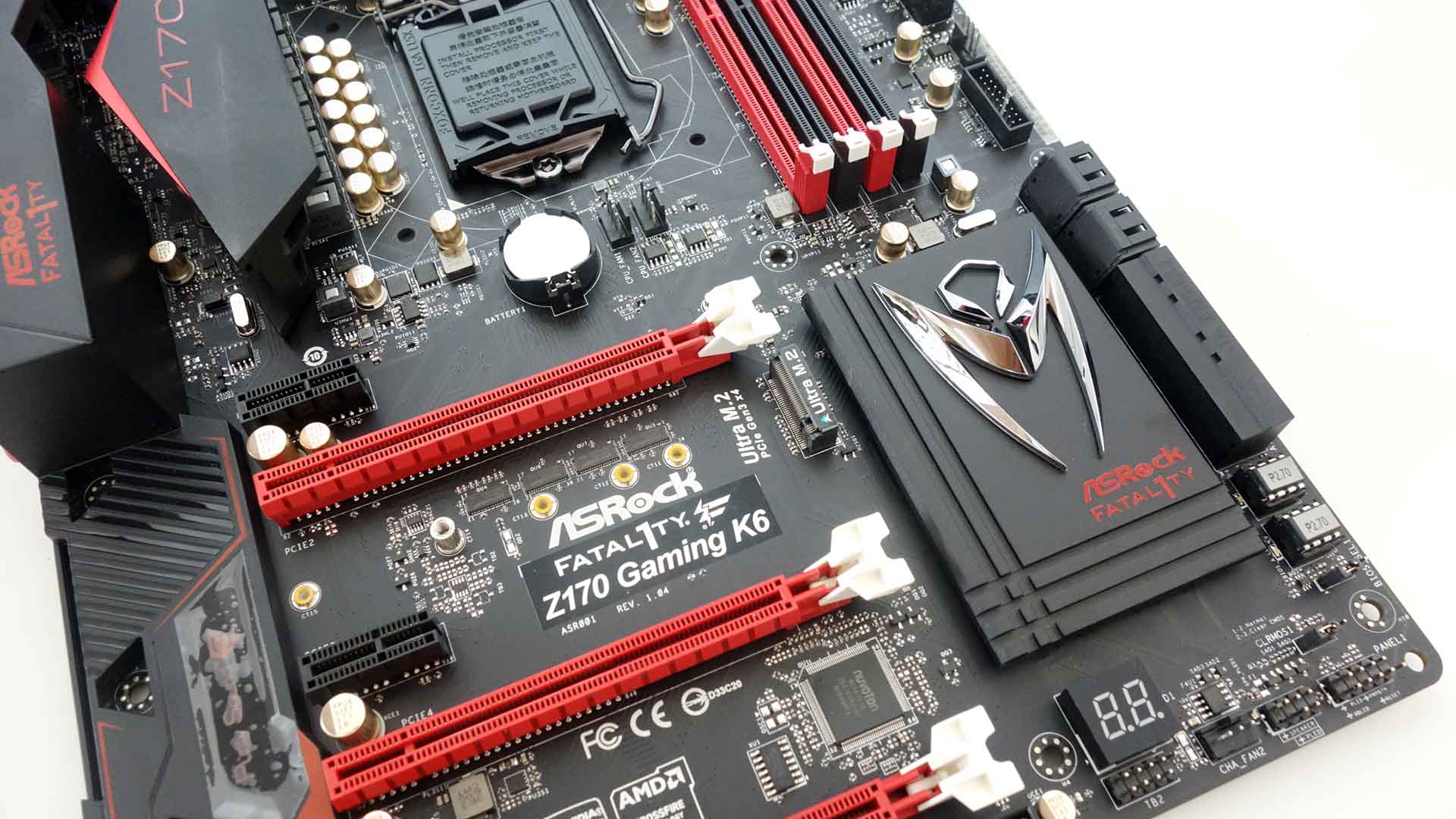 Navigating through both the Basic and Advanced Mode of the UEFI BIOS was easy enough that both novice and experienced users will find most of the options easy to understand. Even the Advanced Mode has easy overclock options for both the CPU and memory allowing even beginners to tweak both components easily. For more advanced users, options such as ratios, voltage, and frequencies may also be accessed for more specific tweaking and overclocking.

We also attempted to intentionally fail an overclock so we could test out the dual-BIOS system and it worked quite well, we needed only to move a jumper placed below the two BIOS chips to switch between the primary and backup BIOS. 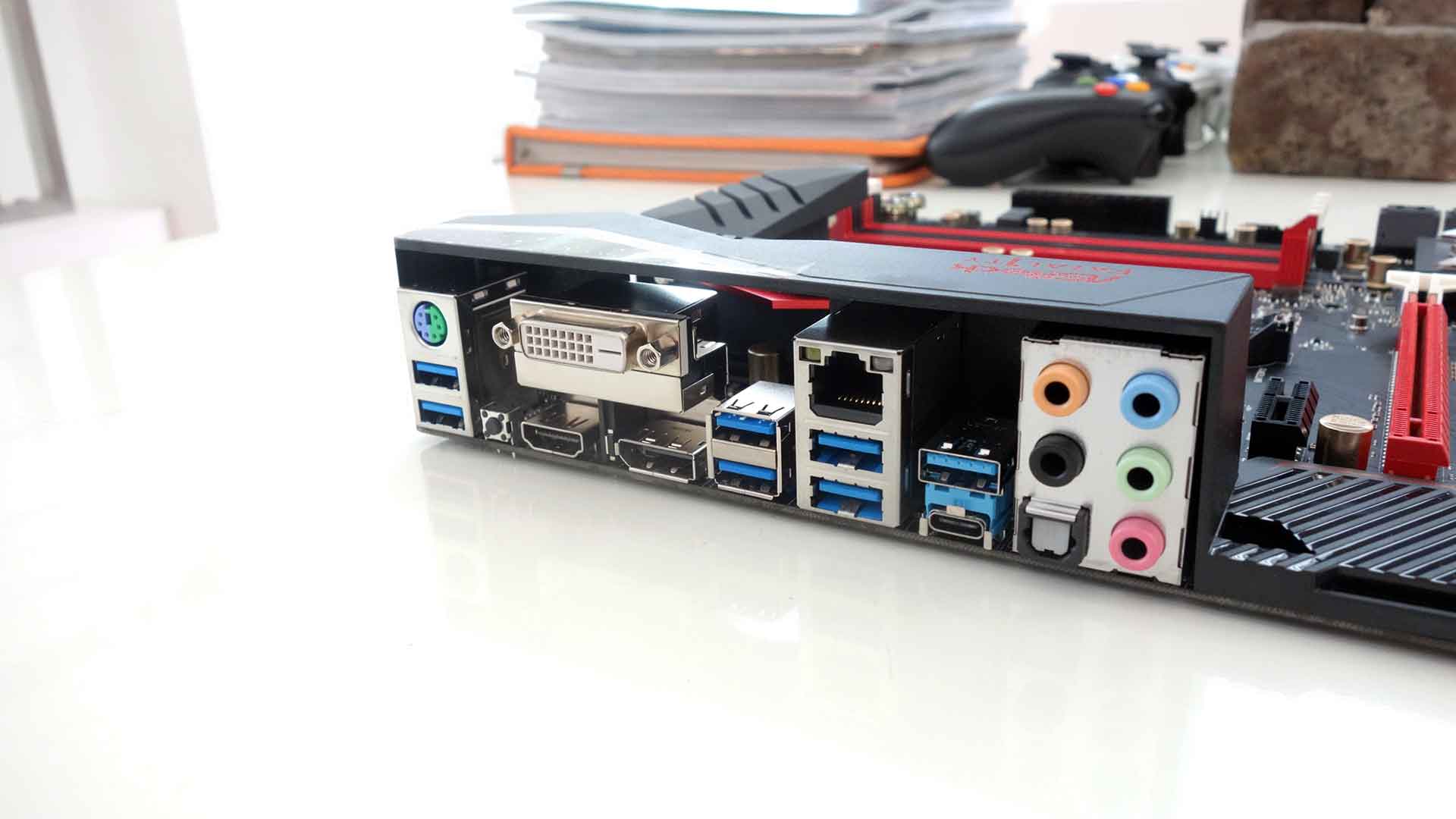 Overall, the Asrock Fatal1ty Z170 Gaming K6 is a very solid motherboard with all the features you’ll need for most high-end gaming rigs. Asrock really packed as much value as they could in this board with its dual BIOS system, three PCIe 3.0 x16 slots, a total of six rear USB 3.0 ports, rear and front panel options for USB 3.1, USB Type-C, three video output options, 7.1 HD audio, and a total of six fan headers. The company has also done an excellent job with how they designed and laid out the board, with great styling and placing components like the fan headers, CMOS battery, and power/reset buttons on the top half of the board for easy access without having to remove any PCIe cards. Topped off with impressive and convenient overclock capabilities, the Fatal1ty Z170 Gaming K6 is definitely a great motherboard with great value and would be perfect for any gaming rig for both novice and advanced users.