It’s been a long time since AMD has played in the high-end performance processor space, with its last entry being its FX series of processers under its Piledriver microarchitecture back in late 2012. Since then, it seemed as if the company was conceding the segment to Intel and shifted focus to its entry-level market where the company dominated with their line of APU processors. But in 2015, the company unveiled a whole new processor architecture called Zen, which began the company’s journey back into the high-end performance CPU market.

The unveiling of the Zen architecture marked a new era for the company’s processor business as the its design, which is based on Samsung’s 14nm FinFET process, allows it to scale from laptops and mini PCs to high-end desktops and servers, ostensibly uniting all of AMD’s processor businesses into a single architecture. And one of the first products to come out from the new architecture is the Ryzen series, the company’s return to the high-end performance CPU market, with the Ryzen 7 line sitting at the top-end of the new series. 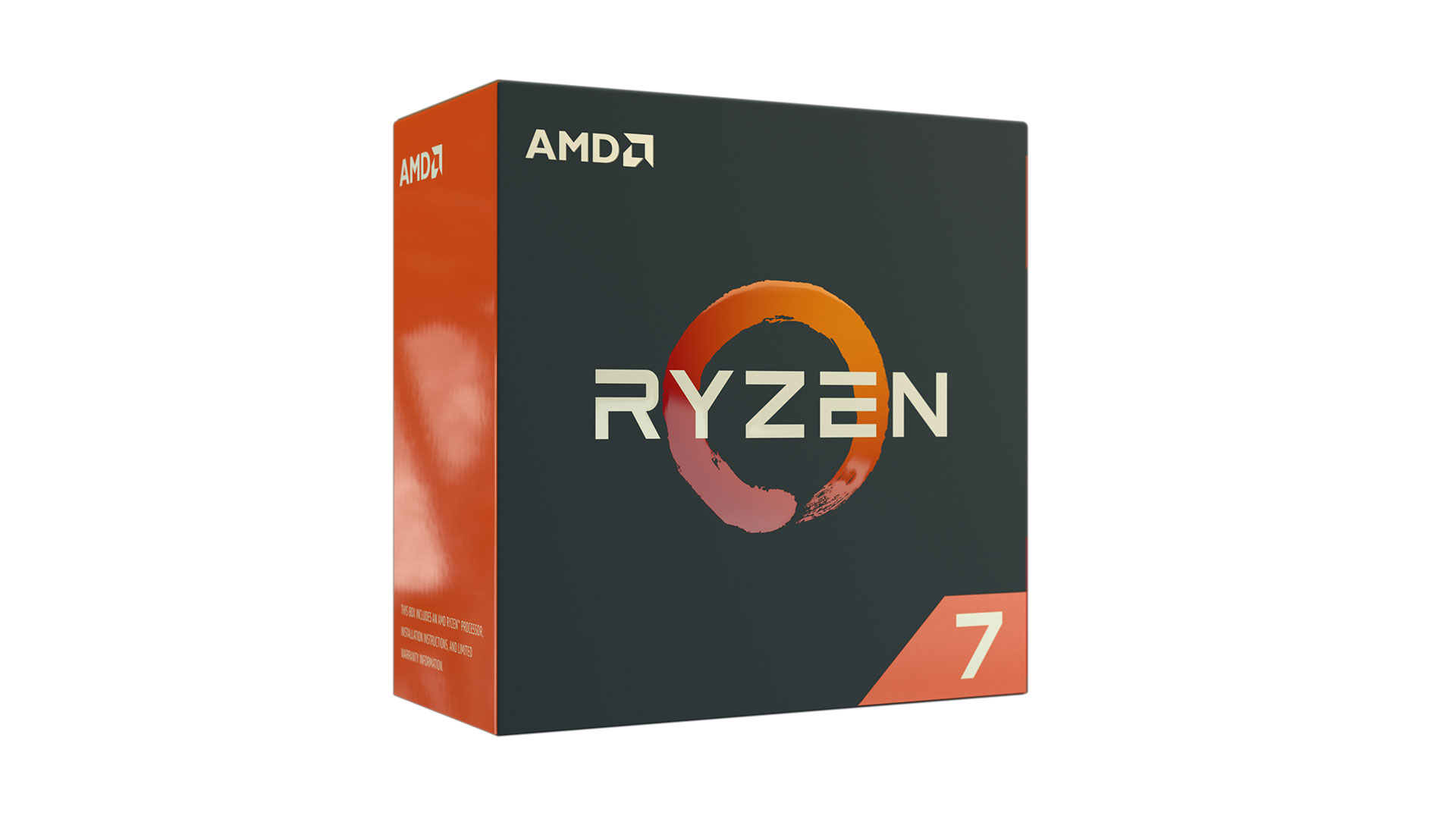 The Ryzen 7 series is available in three different models including the 1800X, the 1700X, and the 1700.  While all three models feature the same number of cores and threads (8 and 12, respectively), they differ mainly in their out-of-box base and boost clocks as well their TDPs (Thermal Design Power). The Ryzen 7 1800X is the top-end variant of the series. Apart from the aforementioned 8 cores and 12 threads, it features a base clock of 3.6GHz, a boost speed of 4.0GHz, an L3 Cache of 16MB, and a TDP of 95W, among others.

With the Ryzen line, AMD also released its new Ryzen Master software which allows users to easily and conveniently monitor and overlock their Ryzen-powered systems. Users will be able to monitor their CPU’s peak speed, temperature, and settings as well as adjust the speed of each of the processor’s cores, disable cores, as well as control the voltage, MEM VDDIO, MEM VTT, and VDDSR SOC. Users can also adjust their memory settings including their memory clock, CAS latency, row precharge delay, RAS active time, read row-column delay, and write row-column delay.

For our Ryzen 7 1800X review, AMD not only lent us the processor itself but also supplied us with a few components to go along with it including a motherboard, RAM, and a cooler (since the 1800X doesn’t come with a cooler in the box). Here’s our complete test setup:

To test out the Ryzen 7 1800X, we ran it through several benchmarks including the single and multi-core tests of Maxon’s Cinebench R15, the single and multi-core tests of the desktop version of Geekbench, as well as both the Creative Conventional and Creative Accelerated tests of PCMark 8. We also tested its general gaming performance using the CPU Focused benchmark test of Ashes of the Singularity at 1080p with the preset on Extreme. We also measured the 1800X’s temperature at idle and while running CPU-Z’s Stress Test at both stock clocks and while overclocked using the Ryzen Master software.

First off, we were able to overlock the Ryzen 7 1800X quite conveniently using the Ryzen Master software. We were able to achieve a clock speed of 4.0GHz on all cores from its stock clock of 3.6GHz by raising the voltage to 1.45V from the stock 1.35V. We attempted to raise the clock speed further to 4.1GHz and raising the voltage to 1.50V but while the system booted, it would crash whenever we ran CPU-Z’s stress test tool. We are aware that the Ryzen 7 1800X is capable of overclocking past 4.0GHz but we supposed we were just unlucky with our unit. 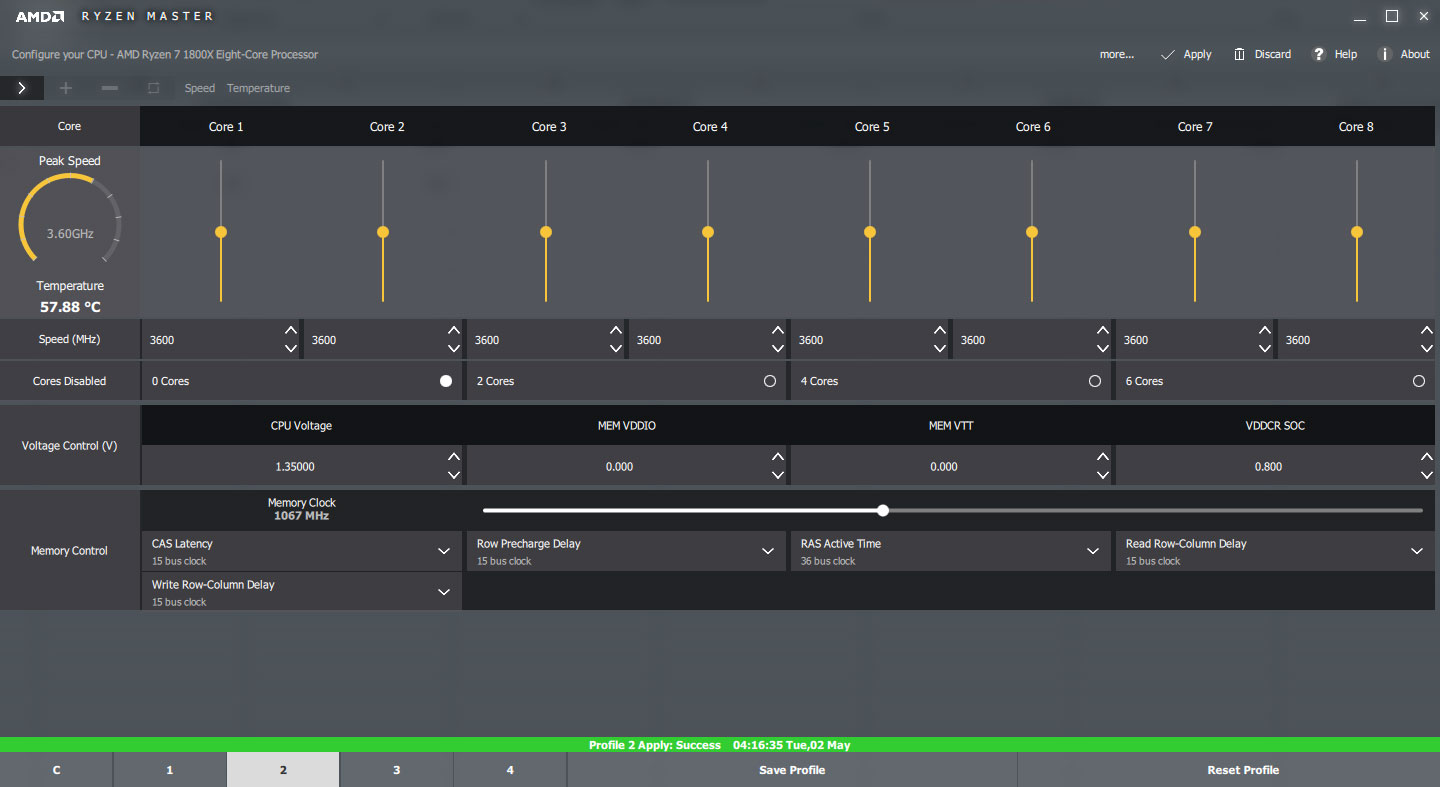 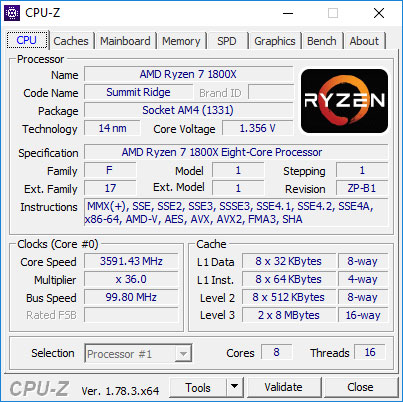 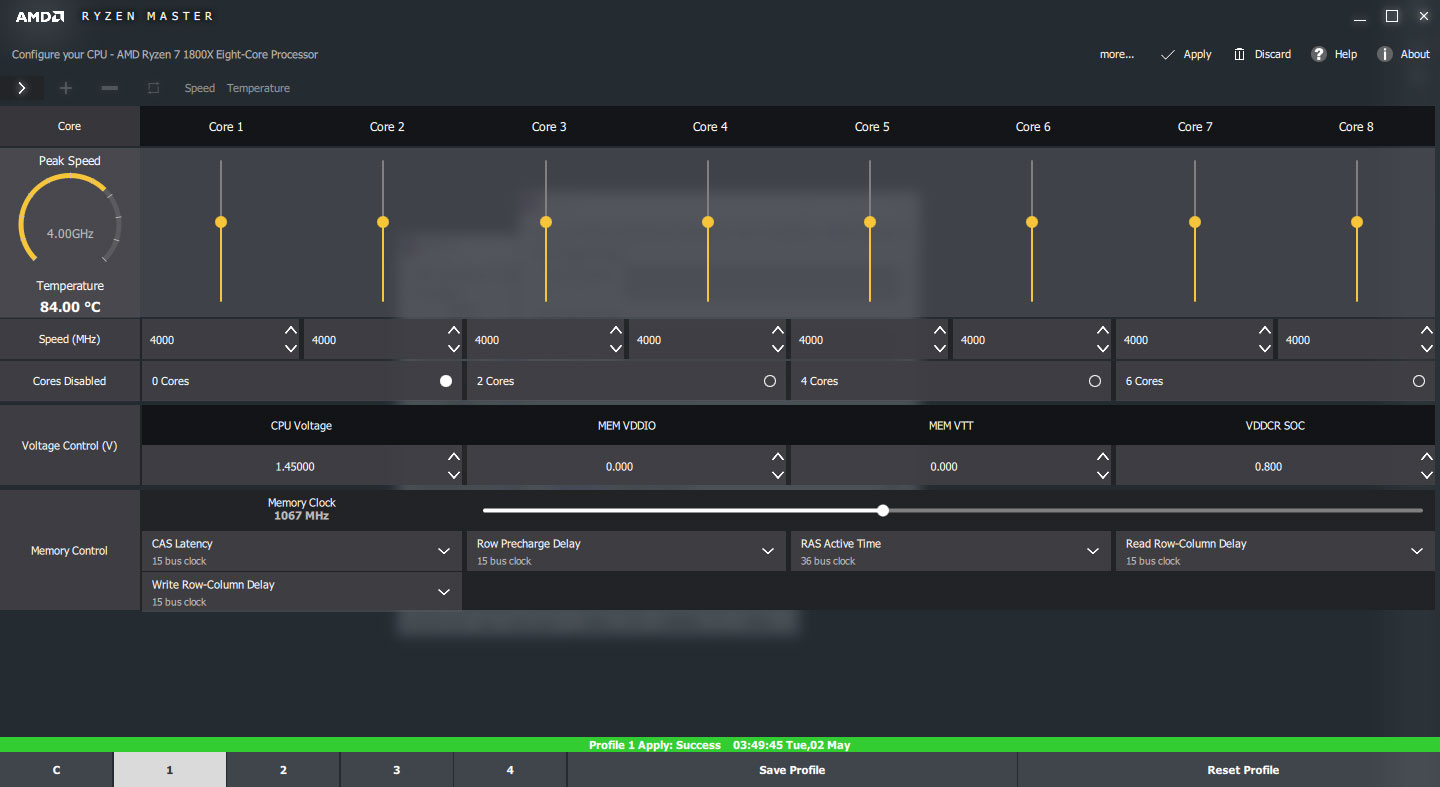 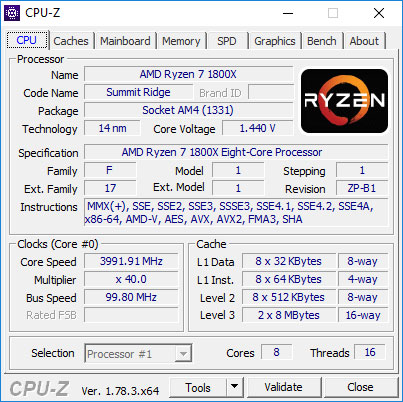 As for our benchmark results, we achieved some pretty impressive numbers with the Ryzen 7 1800X. We compared our results with the numbers from an Intel Core i7-6900K. It must be noted though that many benchmark software are still not update for the Ryzen 7 1800X so these results may change in the future.

Our Geekbench benchmark surprisingly told a very different story as the Ryzen 7 1800X was able to best the Core i7-6900K in the single-core benchmark while the Intel chip was able to trump the one from AMD in the multi-core test.

The PC Mark 8 test also showed the Core i7-6900K beating out the Ryzen 7 1800X by a large margin in both the Creative Accelerated and Creative Conventional tests.

The gaming performance of the Ryzen 7 1800X also left quite a bit to be desired as the Core i7-6900K was able to once again best it in our Ashes of the Singularity benchmark, even when the 1800X was overclocked.

Overall, the Ryzen 7 1800X is a pretty impressive processor for its price. While it did fall short in some of our benchmarks when compared to the Core I7-6900K, it still performed similarly well to the Intel chip while sitting at only around half its competitor’s price, with an SRP of only Php27,000. At the end of the day, the AMD Ryzen 7 1800X offers a price-to-performance ratio that is incredibly hard to match and things can only get better from here as AMD releases further updates to the chip. The Ryzen 7 1800X and its siblings offer consumers undoubtedly impressive performance that’s coupled with great value over its competitors and should be highly considered.