Editor’s Note: Given the limited time and resources we had to review the Radeon RX 5700 XT before the embargo lift, we’ve decided to label this an initial review as we plan to test the features and performance of the product further. We will update this article once we’ve gotten conducted more tests.

It wouldn’t be an understatement to say that AMD’s graphics business has been struggling for a while now. Its Graphics Core Next microarchitecture has been in use by the company since 2012 and its last generation of GCN-based GPUs, the 5th Gen Vega series, wasn’t exactly the game-changer than fans had hoped. It felt like AMD needed to finally ditch its GCN microarchitecture and start fresh, which is exactly what the company has done. 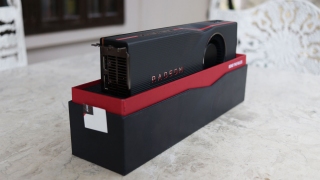 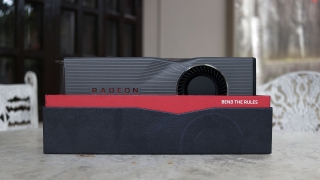 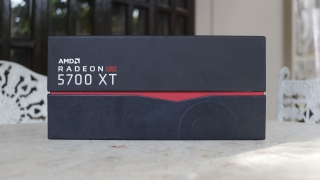 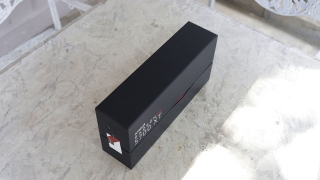 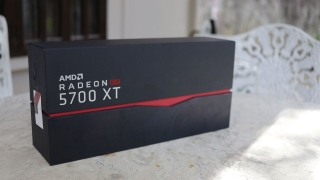 After almost 7 years, AMD finally announced, at Computex 2019, a brand new microarchitecture called RDNA (Radeon DNA) along with the first series of video cards to feature the replacement to GCN, the Radeon RX 5000 family. The announcement felt like AMD was finally serious about getting back into the graphics game and that RDNA would revive the company’s GPU business the same way Zen and Ryzen brought life back into their CPU business.

Some of the biggest features of the RDNA architecture and the RX 5000 family is AMD’s use of its 7nm process, which was first introduced in the Radeon VII earlier this year, making the cards under the new architecture more efficient. The new cards are also now equipped with GDDR6 memory, switched from the HBM2 utilized by the Vega series, and the new PCIe 4.0 interface, which gives twice the bandwidth of PCIe 3.0. 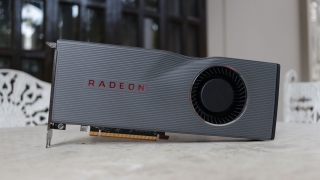 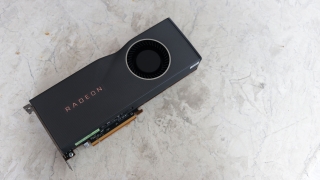 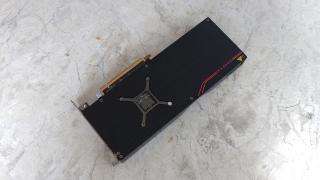 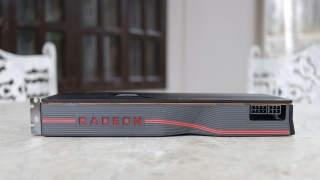 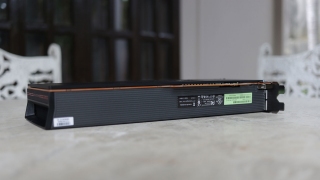 AMD has also equipped the new RX 5000 cards with what they call the Radeon Media Engine, which provides hardware accelerated decoding and encoding for some of the most popular and codecs including H.264, H.265, and VP9 so general performance while viewing won’t be hampered. This is a pretty good additional feature in an environment when streaming and playing video content has become so common.

The new cards are also equipped with DisplayPort 1.4 connectors that support DSC (Display Stream Compression), which make them capable of 8K HDR at 60 Hz or 4K HDR at 144+ Hz. 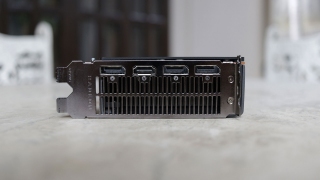 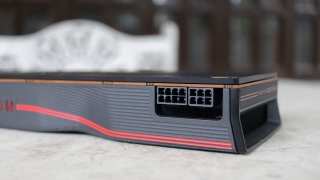 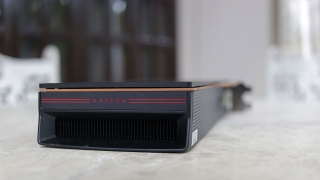 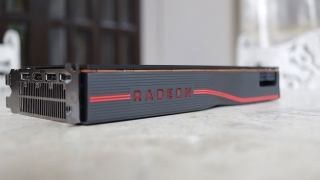 Surprisingly, despite the reference design Radeon VII featuring a triple-fan cooler, AMD has decided to roll back to a single-fan blower like the one on the reference Vega 64. While it’s likely that AMD’s AIB partners may come out with their own respective takes on the RX 5700 XT’s cooler, it would have been preferable if AMD had decided to stick with a single or even dual fan open-air cooler. In spite of this, the 5700 XT still requires an 8-pin and a 6-pin power connector.

We ran the Radeon RX 5700 XT through 3D Mark’s Time Spy benchmark as well as the Time Spy stress test to determine both its synthetic performance and thermal performance. We also ran it through the built-in benchmark tools of several AAA titles from 2019 and 2018 to get a glimpse of its real-world performance. Lastly, we played several games of CS:GO, Dota 2, and Apex Legends to see how well the RX 5700 XT handles today’s most popular esports titles.

While the 3DMark Time Spy benchmark clearly shows that the RX 5700 XT has a notable advantage over the RTX 2060, our game benchmarks revealed otherwise. While the RX 5700 XT generally showed better results, the difference wasn’t as large and in some cases the AMD card just matched or even fell behind NVIDIA’s product. The inconsistent performance can be attributed to either pre-release drivers or optimization issues. We’re also not excluding the possibility that our current test rig might not be optimized for the card and causing bottlenecks as we weren’t able to obtain the new Ryzen 3000 processor and motherboard before our review.

We do plan to conduct further testing once we get our hands on newer drivers as well as the new Ryzen chip to see if the results improve or become more consistent. Regardless, the Radeon RX 5700 XT still generally performed better than our RTX 2060 and we believe that the difference will be more substantial with a more optimized platform and drivers.

One surprising thing we saw in our tests was the RX 5700 XT’s thermals. While it sat at around 66°C at idle, the temperature shot up to an average of 90°C during our stress test, confirming our concerns regarding AMD’s choice of using a blower type cooler with the RX 5700 XT. While the temperature wasn’t high enough to force the card to throttle, it was still pretty concerning especially when pitted against the dual-fan, open-air cooler of our RTX 2060.

The AMD Radeon RX 5700 XT, in our tests, turned out to be a mixed bag. While it did show decent performance, our results were inconsistent and generally fell short of our initial expectations. If the RX 5700 XT was launched with its initially announced price, then it’d be a bit harder to justify its purchase at this point. But with the announced price drop right before launch, it’s become a more appealing upgrade, especially considering that it now falls in the same price bracket as the RTX 2060 and that its performance is likely to improve when used with more optimal hardware as well as newer drivers. As things are, it’s still too early to say whether the RX 5000 family will be the Ryzen of AMD’s graphics business, but the introduction of the new RDNA architecture and our initial results for the RX 5700 XT do give us a lot of hope that the company will once again be a significant contender in the gaming graphics market in the near future.