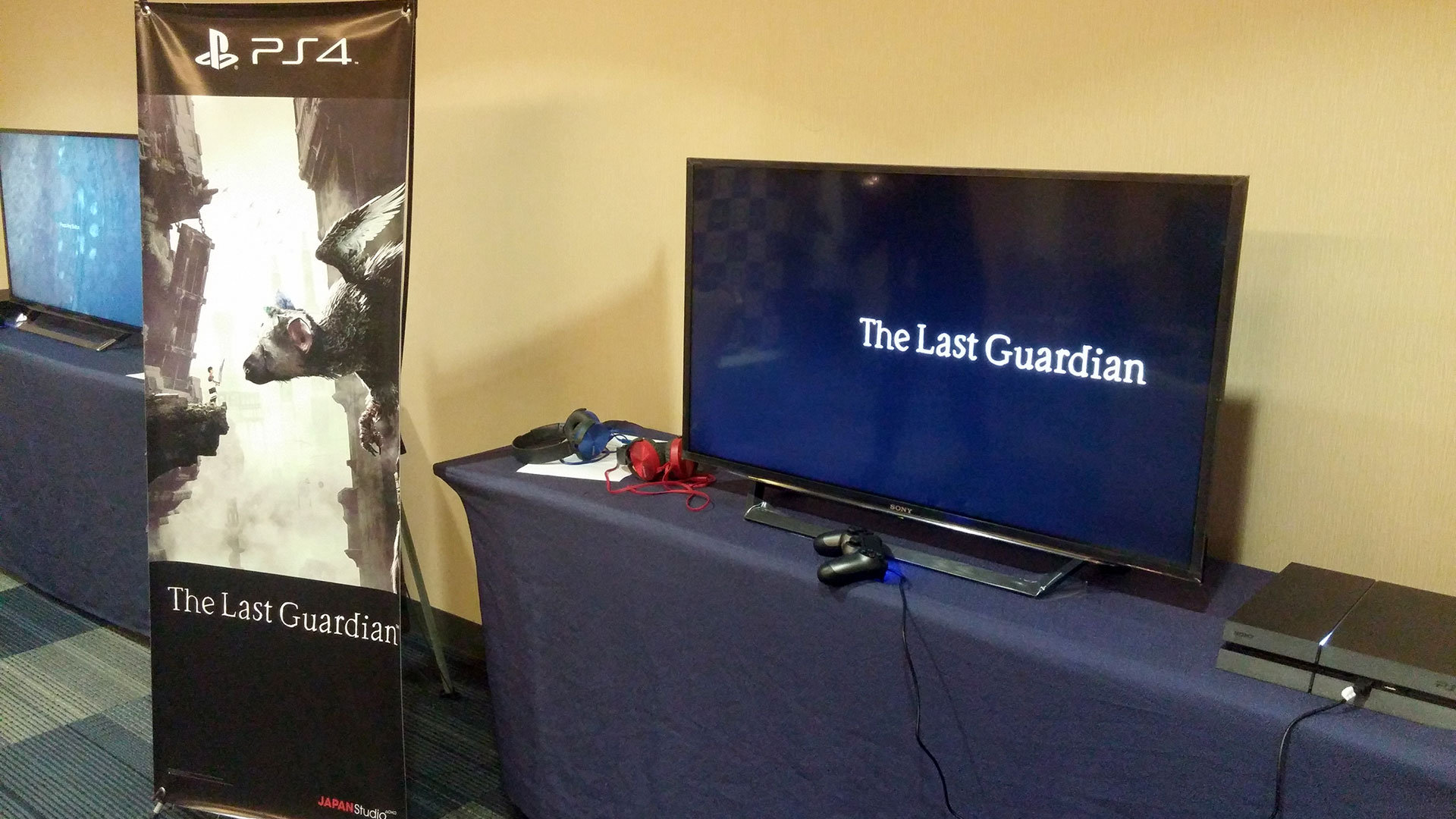 One of the most surprising things we got to see and try at ESGS is a demo of the highly anticipated Last Guardian from the creators of Ico and Shadow of the Colossus. Playstation gave us a chance to play a vertical slice of the game for an hour. The portion was somewhere in the middle of the game where the game’s protagonist, a young boy, tries to get through what looks like the ruins of a temple by traversing its structures, solving several puzzles, and working with his companion, Trico, a giant animal that’s part bird and part mammal that moves very much like a cat with wings.

The puzzles and challenges of the part of the game I was able to play were quite challenging. It had a good mix of puzzles that needed to be solved by the main character alone and ones that needed the help of Ticos to solve or get through. All of them, especially the ones that required the help of Ticos, were enjoyable and rewarding to solve. The game really focuses on the bond and teamwork of the main character and his companion.

I was slightly disappointed by the way the main character moved around the world through, his transitions didn’t feel as fluid and cohesive as games like Assassin’s Creed or Shadow of Mordor and for a game that looks like it will involve a whole lot of climbing it was something that I hoped I would see. In spite of this though, moving with the main character still felt decently responsive and I didn’t feel like he wouldn’t be able to grab onto ledges and such when I needed him to.

As expected, the game looked beautiful even in its unfinished form, the game’s graphical textures and lighting were all very impressive and we look forward to seeing how much better it will look when the full, finished version comes out. The game’s physics were also implemented well, especially when it came to Ticos’ hair which looked really impressive. It’s safe to say that the design of Ticos is one of the best things in the game.

Since the version of the game we played was still an unfinished copy, we encountered a few issues regarding Trico’s movement that made going through the level slightly more time-consuming. But the representative that was present during the demo assured us that the issues would be resolved by the game’s launch in a few months. The Last Guardian is set to come out on December 6, 2016, exclusively on the Playstation 4.