— and it’s available now through STEAM 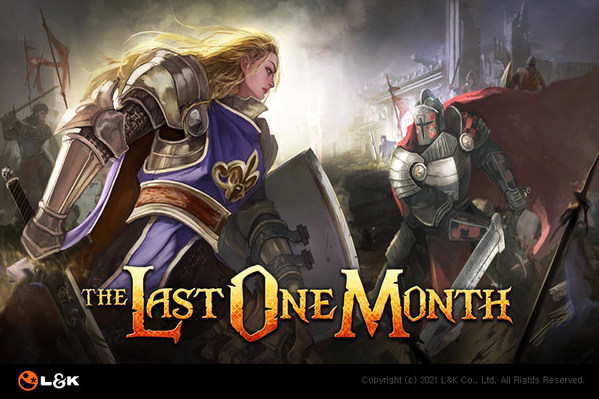 New PC online game ‘The Last One Month’ is available for Early Access on Steam on October 19th.

The Last One Month is a Battle Royale game set in a medieval and fantasy world offering a unique mix of Battle Royale, Survival, RPG, and Turn-Based Strategy genre where player begins as one of the 50 warriors and battle each other to save the kingdom. Player’s goal is to become the dominant force, by all necessary means, and to become the chosen hero.

Unlike other battle royale games, The Last One Month combines a fast-paced and turn-based strategy combat into survival game. Players can wander around the kingdom to find treasures, recruit allies and NPCs, form alliances with other warriors, gain experience from battles against those who stand in their way, and whatever else players believe is essential.

For a faster pace to the turn-based combat, the players will have nearly 5 seconds to determine on which action they will take in their turn. Under this circumstance, the developer is aiming to allow a wide range of gamers to enjoy the survival battle royale genre with less stress when players compete on a fierce battleground.

The Early Access for The Last One Month is available to any player with a Steam account and can play through all contents during Early Access.

L&K is one of the first generation as game development studio when the Korean online game industry was still in its infancy, which has established its own successful game brand like Red Stone Online and Mirror War. L&K strives to make the new ways for fun with its own legacy on game development and continuous challenges.