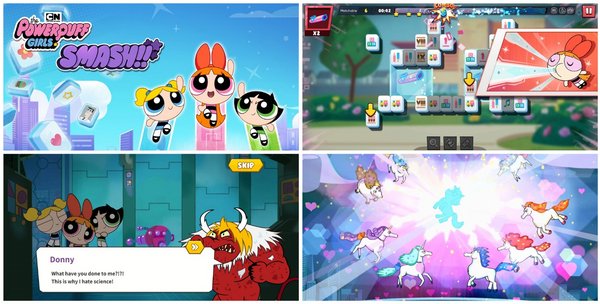 Users can choose to play one of the three Powerpuff Girls – Blossom, Bubbles or Buttercup – and use Super Power-ups to complete levels. They can also look for hidden jewels and square up against villains to save Townsville.

"We are ready to excite both gamers and fans of The Powerpuff Girls," said Shinhyun Kim, the game’s lead producer. "At launch, we will be arranging a number of in-game events and content updates together with Cartoon Network and its world-famous franchise."

All users can participate in the Login Event and Townsville Treasure Hunt event to celebrate ‘The Powerpuff Girls Smash’s release for both Google Play and App Store until August 18th. Various rewards including rubies and playable items are on offer.

About The Powerpuff Girls

Cartoon Network’s original series The Powerpuff Girls premiered around the world in 1998. For more than 20 years, the super-cute/super-fierce superheroes have been fighting crime and saving the world before bedtime. Cartoon Network is a WarnerMedia company.

SundayToz is a mobile game developer and publisher recognized for popular mobile puzzle games in Asia. WarnerMedia’s Cartoon Network and SundayToz have partnered for the upcoming launch of ‘Cartoon Network SundayTown’ and the hit game ‘We Bare Bears Match3 Repairs’.