LISBON, Portugal, Nov. 3, 2022 /PRNewswire/ — Trailblazer Games, the team behind Eternal Dragons, is announcing the release of the Alpha version of their first game, coming later this year. This follows a remarkably successful sale of the Eternal Dragons Genesis collection. The 10,000 NFTs were released in batches over a 10-week period between July and September, selling out quickly even during the worst NFT bear market ever. 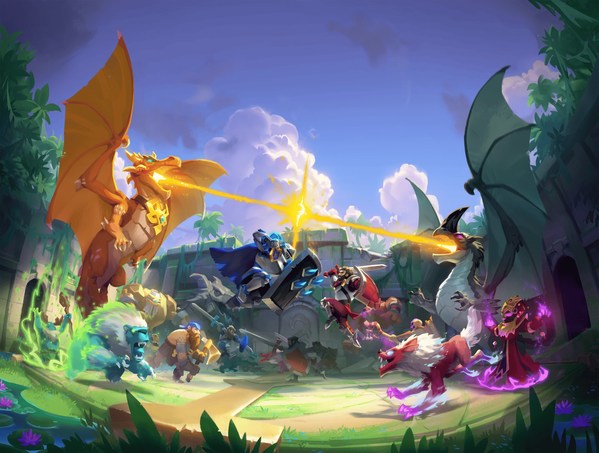 Enter the fray in the upcoming Eternal Dragons auto battler

Eternal Dragons is an epic fantasy games series with shared NFTs that runs on the Solana blockchain. The game is created by Trailblazer Games which is a Web3-native game studio founded by entrepreneurs and seasoned gaming industry veterans with expertise in establishing large-scale and sustainable free-to-play economies from companies like King, EA, and Microsoft.

The first game in the Eternal Dragons series is a tactical battle game, designed for mobile and inspired by the auto battle genre and collection games. The game embraces the accessibility and ubiquity of mobile free-to-play while having the tactical depth to support the team’s vision for the future of esports.

Coupled with this announcement the team at Trailblazer Games are presenting a Demo of the Alpha version at the Solana Foundation Games Day on 4th of November in Lisbon.

Moving forward the Genesis Dragons, serving as the cornerstone of the Eternal Dragons franchise, will emerge as a truly recognisable and unmistakable sign of identity and community, as the Eternal Dragons saga and brand develop and reach the masses.

In the coming year the first game will move into Beta testing after which a global release is targeted. Meanwhile, development on Game 2 and Game 3 in the Eternal Dragons saga is commencing. This will significantly extend the utility of the Eternal Dragons NFTs across the entire ecosystem.

"On our mission to revolutionize entertainment by bringing together the best of gaming, esports and Web3, delivering never-before seen experiences for our community, this is a significant milestone", says Alex Arias, CEO. "This is a true testament to the team’s skill, dedication and relentlessness to bring this epic game to market".