SHANGHAI, Aug. 21, 2021 /PRNewswire/ — With fast development of online media and increasing demand for entertainment in China currently, LARP game, as a strategic board game of usually 4-8 players, is becoming accessible and popular among youth. 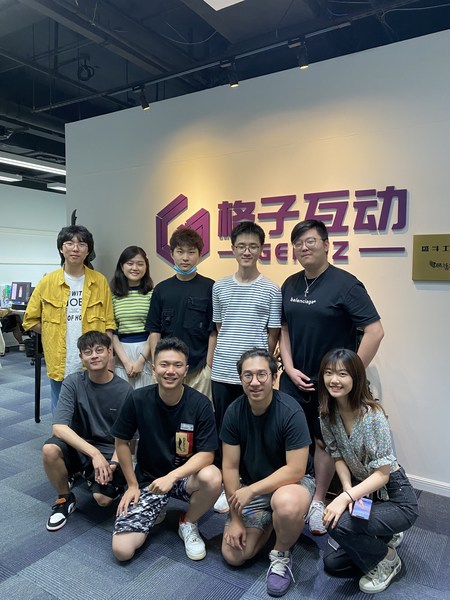 The founder Kevin Ling and his team

Kevin Ling, as a Gen Z entrepreneur, initiated GERZZ INTERACTIVE from his passion and interest in LARP game. In 2020, due to the impact of the epidemic, Kevin Ling returned to China from the United States. He surprised found that LARP was developing with an rapid speed both in content and form . He sensed that LARP has huge potential in overseas market. Thus, he decided to start his own business in this field.

At the beginning, the team consisted of 9 college students. With a strong academic background from Carnegie Mellon University, they decided to create an online LARP app to connect students. Initially, Kevin and his team tried to develop a mini-program to recruit players online and play the game offline. Afterwards, the team is developing an LARP App which players can enjoy the game online. Till now, the company owns 32 stuff.

HALO JUBENSHA plans to be launched in September this year. The obvious difference between HALO and other types of software is that HALO has DM (Dungeon Master, the host of the game). It is the first LARP app with the DM in global market. The DM will be trained by professional teachers who have rich experience in voice-controlling and acting.

The script is outstanding. All of the scripts which were previously popular offline are brought to this online platform. This is a mature and high-end boutique route. Besides, some good script has elements of Chinese traditional culture, which is helpful to broadcast Chinese culture abroad.

In 2020, the LARP industry in China has a market valued over 20 billion RMB. Under an era where innovation matters, long-term success requires consistent creation on high-quality product. GERZZ plans to cooperate with other game companies to develop IP for the content. Meanwhile, GERZZ aims to build their own writer team.

GERZZ focuses on new development of software on mobile Internet. They hope to lead an entertainment revolution globally.