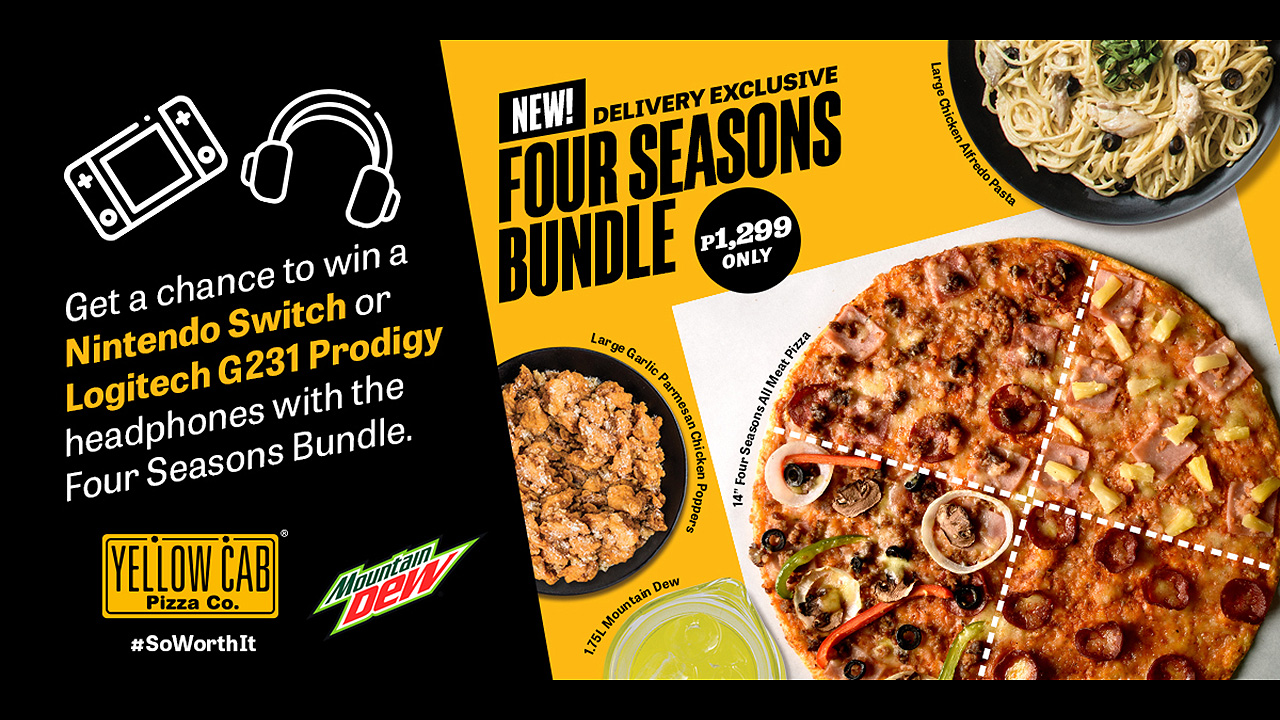 Yellow Cab is currently running a new promotion in which you can get a chance to win either a Nintendo Switch or a Logitech headset. The promotion, which runs from June 1 to 30, 2019, will grant those who purchase Yellow Cab’s Four Seasons Bundle for delivery a raffle entry to win either of the two prizes.

The company will be giving away a total of three (3) Nintendo Switch consoles and three (3) Logitech Prodigy G231 Gaming Headsets for a total of six (6) winners for the promotion. Those who purchase a Four Seasons Bundle, which costs PHP 1,299, will get one (1) raffle entry which they can claim by scanning the QR code and using the raffle code included with their purchase in the form available on the raffle site. Users will need to fill out the form with their Full Name, Mobile Number, Birthday, Email, Address and the given unique raffle code. 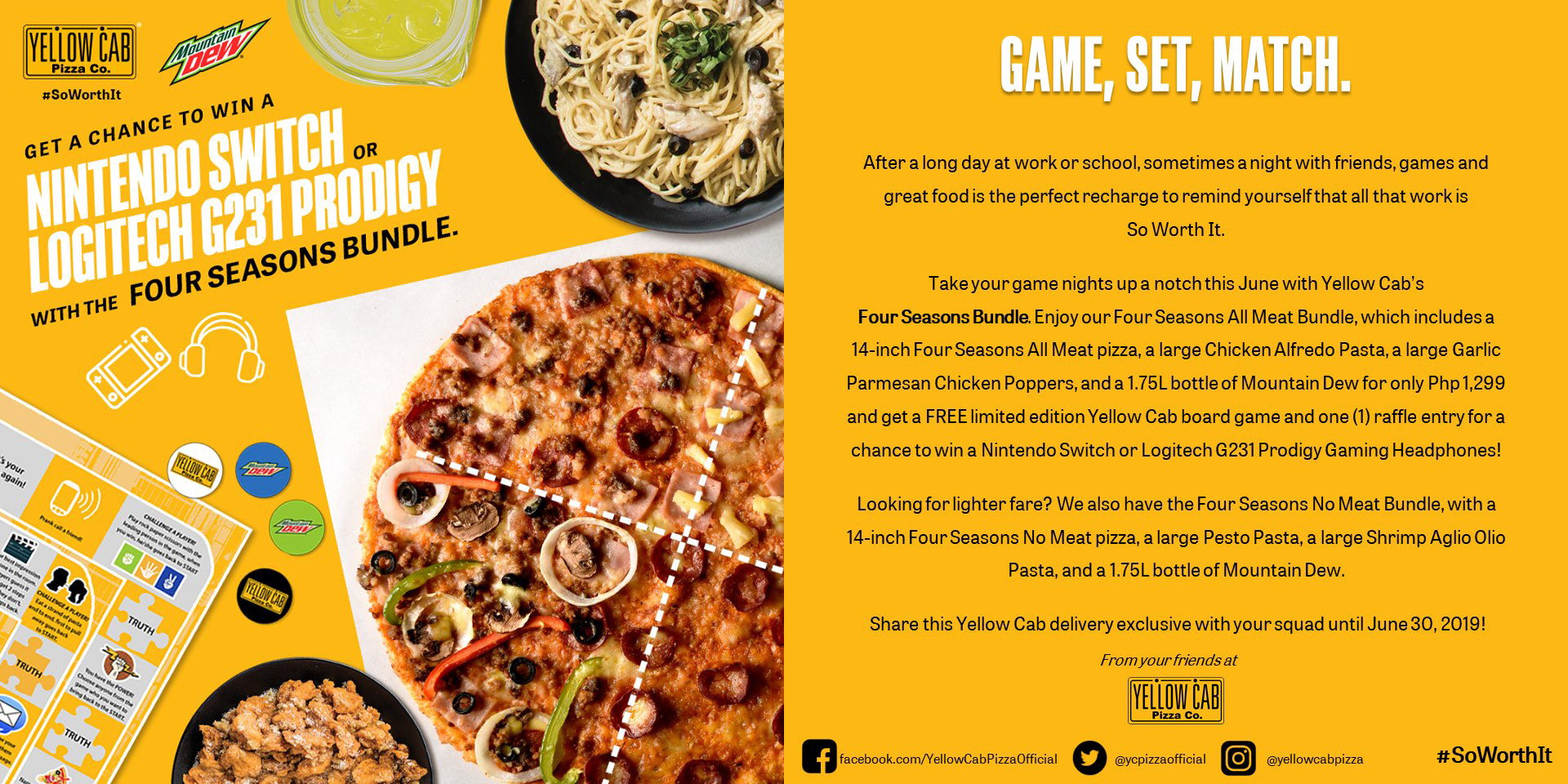 The deadline for raffle entry submission will be on June 30, 2019, at 11:59 PM, and the winners will be drawn on July 5, 2019, at 4:00 PM via a random picker generator. Yellow Cab will then notify the winners via registered mail, email and phone call but winners must confirm the pick-up of their respective prize within 60 days once they receive their notice. The winners’ names will also be posted on Yellow Cab’s Facebook and Instagram accounts.

Apart from the raffle entry, those who purchase a Four Seasons Bundle will also get a free limited edition Yellow Cab Gameboard which customers can play and post about to get a free 1.75L bottle of Mountain Dew on their next order. Customers can chose to either stream their game on Facebook Live, post a group photo on Instagram or Facebook, or post a video of themselves dancing with the hashtag #YellowCabTruthorDew to get a promo code for the free Mountain Dew. 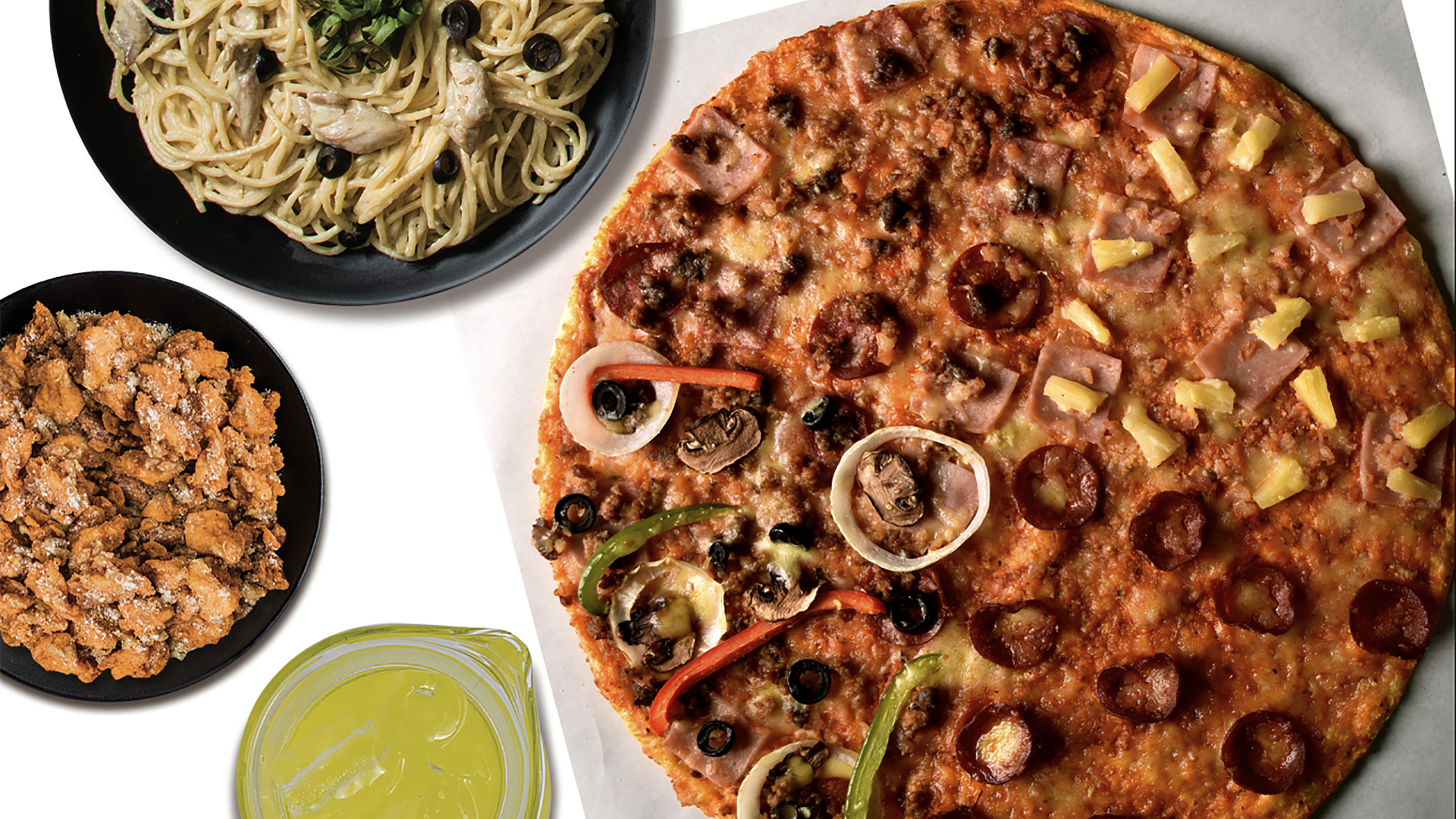 The Yellow Cab Four Seasons Bundle Game Night Raffle Promotion will run from June 1 to 30, 2019. More information on the promotion can be found on the Yellow Cab Facebook page.