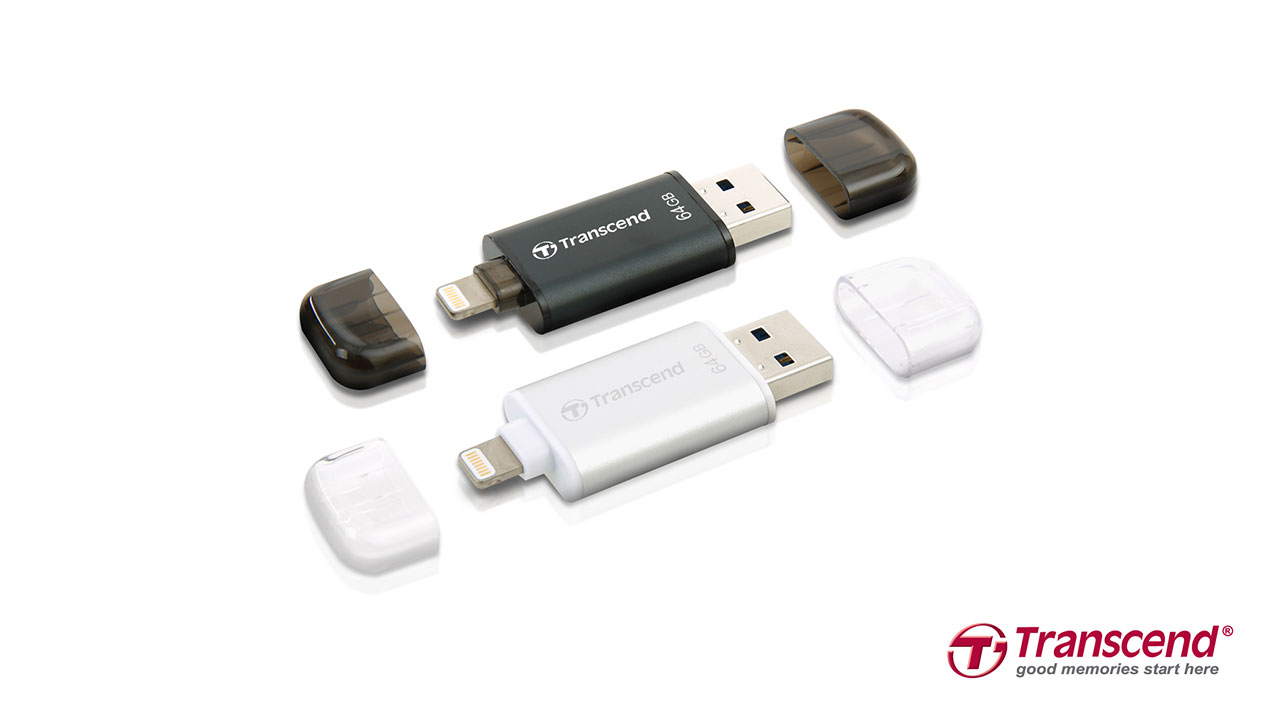 Transcend, one of the world’s leading manufacturer of storage and multimedia products,  has officially announced the release of a new flash drive, called the JetDrive Go 300, designed specifically for the Apple iPhone, iPad, and iPod. Equipped with both a Lightning and a USB 3.1 Gen 1 connector on each of the drive, the JetDrive Go 300 lets users easily transfer data to and form Apple devices and computers.

The JetDrive Go 300 features a light weight aluminum body that comes in either silver and black colors. As previously mentioned, it comes with a Lightning and a USB 3.1 Gen 1 connector on each side of the drive which are each covered by removable aluminum caps for protection. Additionally, the Lightning features an extended design that allows it to connect to iPhones, iPads, and iPods even with oversized cases.

The JetDrive Go 300 also works with the company’s JetDrive Go app which is free to download from the App Store. The app comes with several features that make backing up and syncing your data quite easy. The app is capable of opening several file types including images, audio files, and documents. It also automatically classifies files into file types making it easy to browse and manage your data.

The Transcend JetDrive Go 300 is available in black or silver in either 32GB or 64GB capacities.