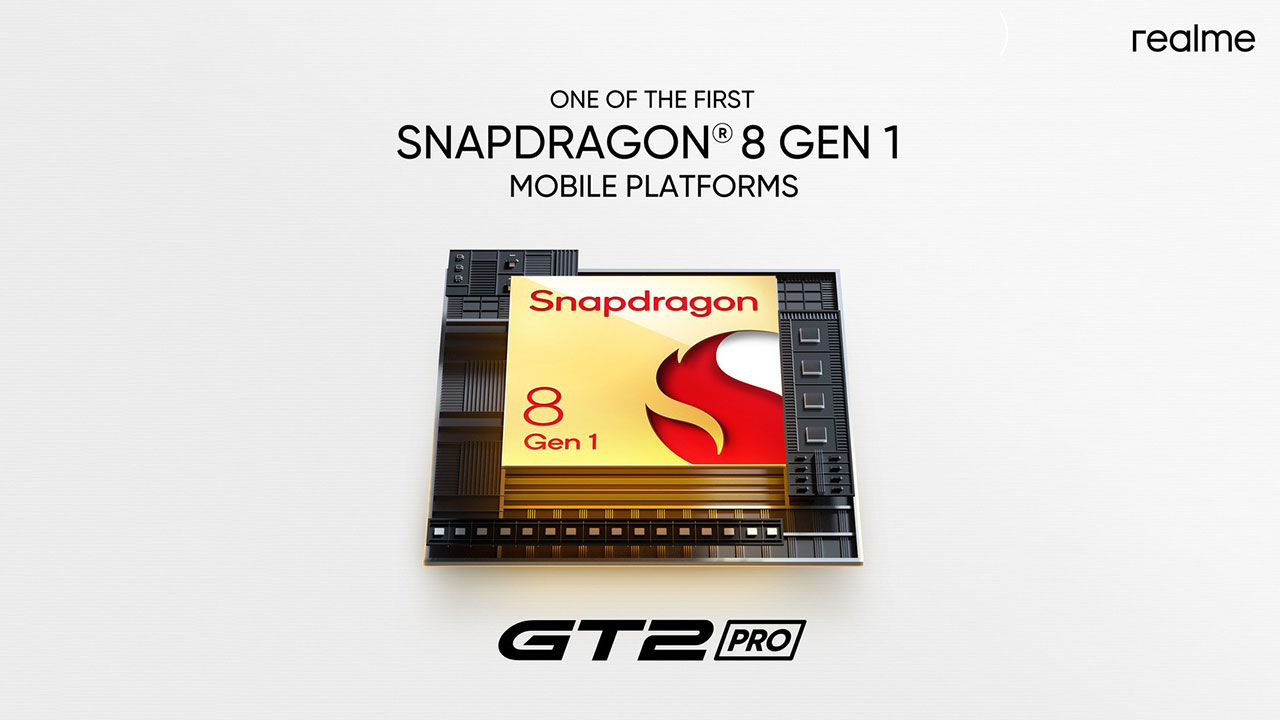 realme has announced that its upcoming GT 2 Pro premium flagship smartphone will be one of the first to be powered by the new Snapdragon 8 Gen 1 mobile platform.

realme made the announcement during the Qualcomm Snapdragon Tech Summit Digital 2021 conference where realme Vice President Chase Xu said in a video speech that the Qualcoom Technologies has always been one of the company’s most important collaborators. Xu also announced that development of the realme GT 2 Pro already began several months ago and that the company is committed to releasing a real high-end flagship product.

“With its incredible performance and topnotch 5G capabilities, the Snapdragon 8 Gen 1 Mobile Platform has expanded new possibilities for the development of realme’s newest flagship, the realme GT 2 Pro, especially in terms of gaming, AI capability and 5G. The new chipset will further push the user experience to a new level and become the powerful engine for realme’s first premium flagship,” said realme.

realme has yet to announce when the GT 2 Pro will be released but it’s expected to come out sometime in the first quarter of 2022.