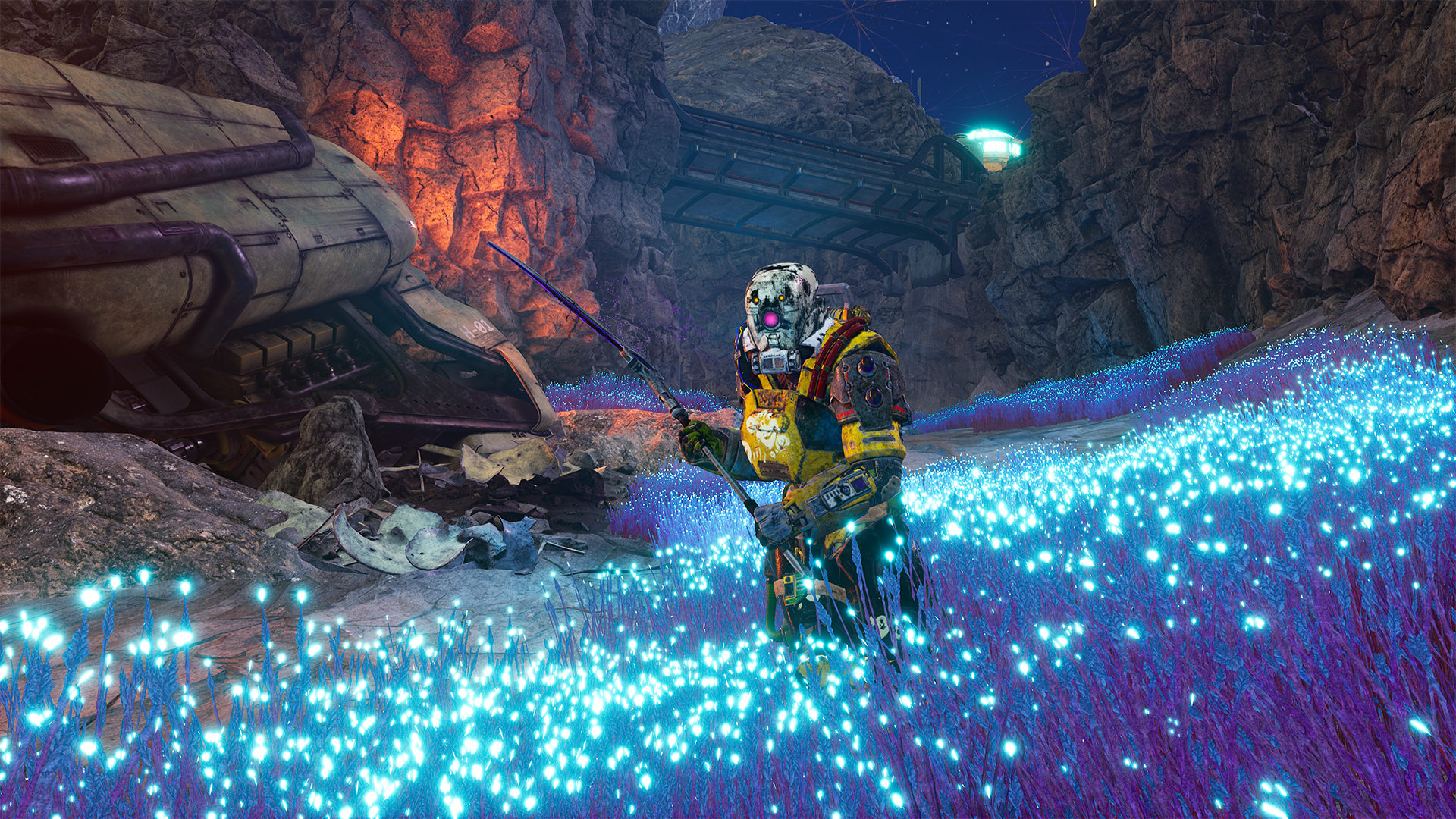 A new gameplay video for the Peril on Gorgon DLC for The Outer Worlds has been released by developer Obsidian Entertainment during last weekend’s Gamescom 2020. The new gameplay video shows off an extended look at some of the things players can expect when the DLC launches on September 9, 2020.

The gameplay video, narrated by Peril on Gorgon game director Carrie Patel, shows players the DLC’s new quest hub, called the Sprat Shack, where players players will be able to pick up several quests from, including the one featured in the video called “Love Is the Plan, The Plan Is Death.” As the video continues, we get to see one the game’s new Science Weapons called the P.E.T. (Pest Extermination Tool), which looks like an axe that uses multiple tiny blowtorch heads to form its two opposite “blades.” The new weapon is also equipped with grav-plating that lets players pull enemies closer before whacking them with the blowtorch blades.

Some of the other things shown off in the gameplay video include some of the locations players will come across on the Gorgon Asteroid, the setting of the DLC, the new marauder enemy variants specific to the asteroid, and the new audio logs that players will find across Gorgon.