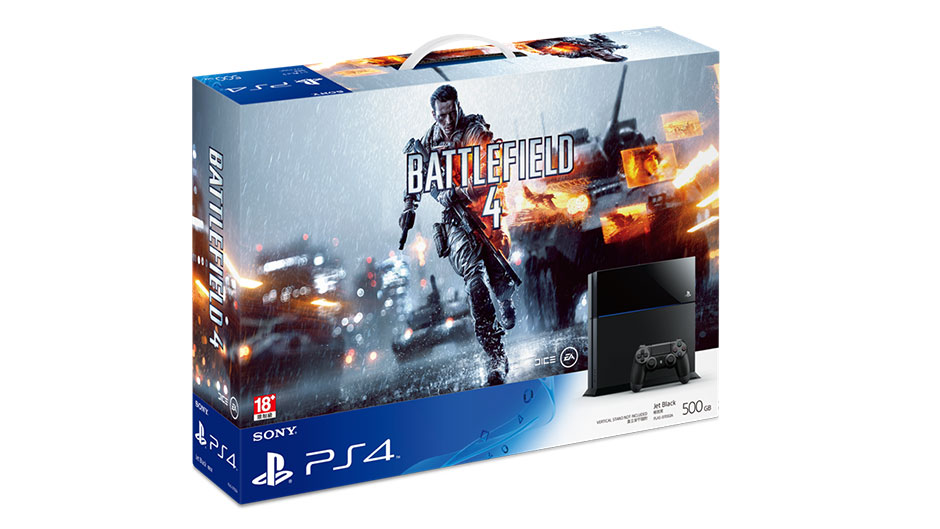 Sony Philippines Opens Pre-orders for the Playstation 4, Launches on January 14

Sony Philippines has opened pre-orders for the Playstation 4 when it officially launches in the Philippines on January 14, 2014 for an SRP of Php24,999. The pre-order period started on December 15, 2013 and will end on January 10, 2014 at selected Sony Centers and VAIO Shops.

Along with the standard Playstation 4 bundle, Sony Philippines have made available for pre-order and will be launching 3 other Playstation 4 bundles – The PS Eye bundle, Battlefield 4 bundle, and Killzone: Shadowfall bundle. The PS Camera bundle will be sold at an SRP of Php26,999, the Battlefield 4 bundle for Php27,399, and the Killzone: Shadowfall bundle for Php26,899. All the bundles will come with an extra 1-year extended warranty and any 2 of the following premium items – a Portable Screen Cleaner, a Playstation Strap, and/or a Car Sunshield. 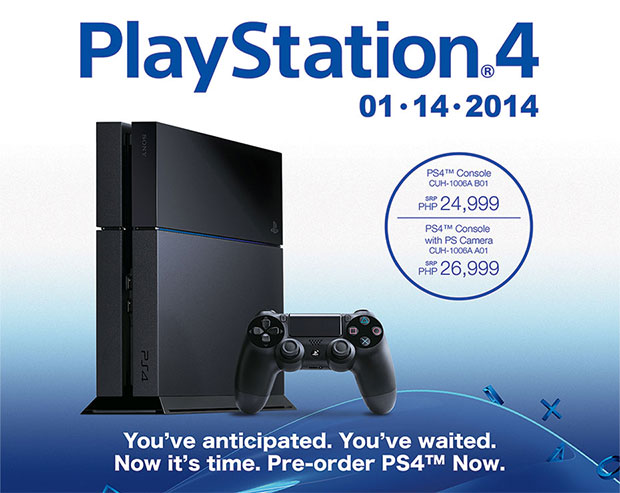 Fourteen (14) launch titles will also be launched at the same time as the Playstation 4 as well as a wide range of peripherals including the Playstation Camera, the “Magma Red” and “Wave Blue” Dual Shock 4, the Dual Shock 4 Charging Station, and the PS4 Vertical Stand. 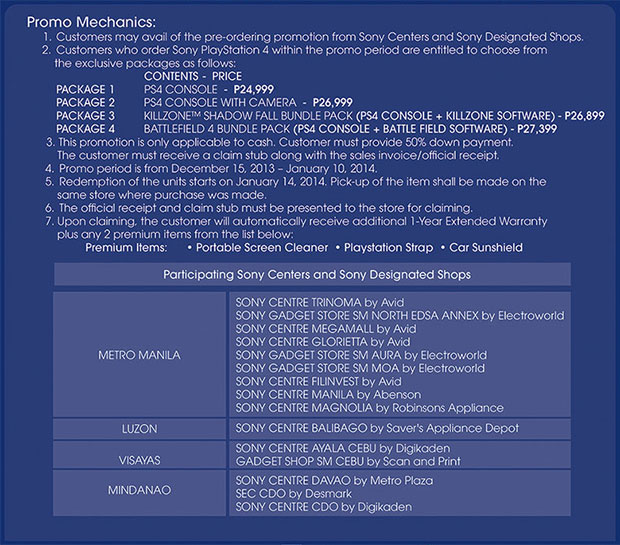 Customers who purchase the Playstation 4 in one of the aforementioned countries are entitled to 1-year free repair service that will be redeemable in any of these countries. Wherever the customers are, they can have the repair service for their products.