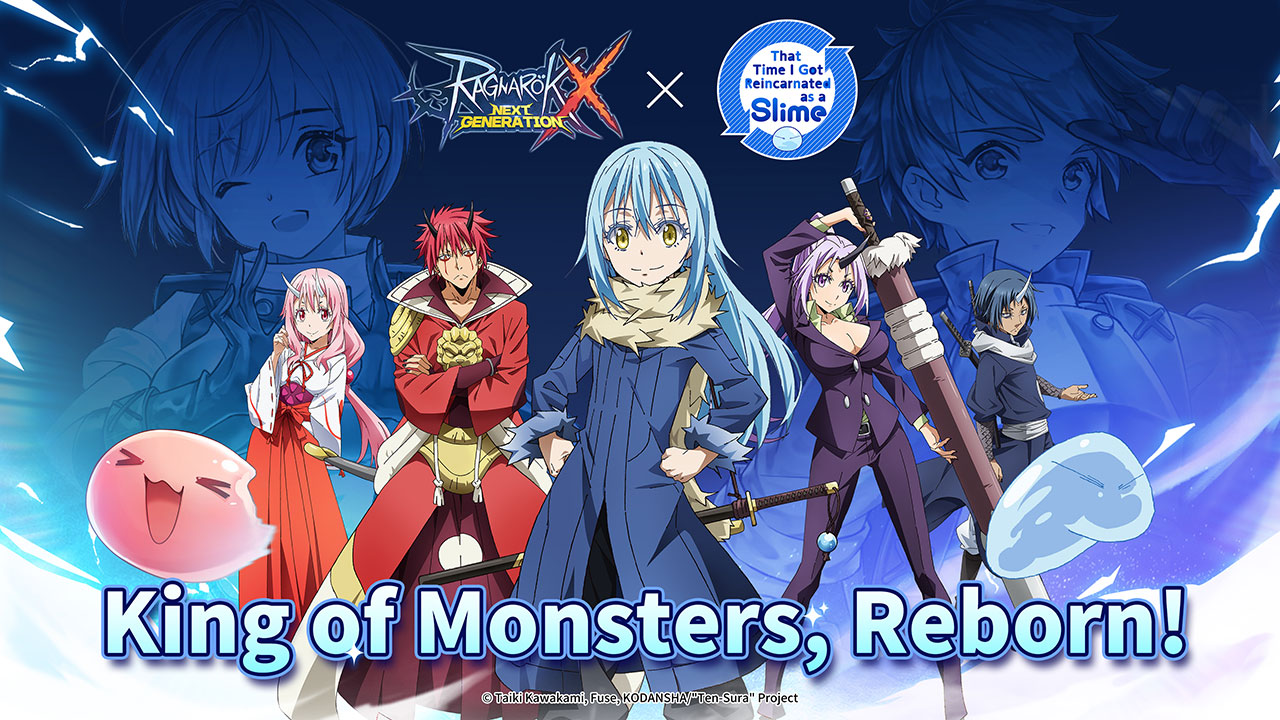 Ragnarok X: Next Generation Launches “That Time I Got Reincarnated as a Slime” Collaboration

For the unfamiliar, here’s a synopsis for That Time I Got Reincarnated as a Slime:

“Corporate worker Mikami Satoru is stabbed by a random killer, and is reborn in an alternate world. But it turns out that he’s reborn as a Slime! Thrown into this new and unfamiliar place with the name Rimuru, he begins his quest to create a world that’s welcoming to all races.” 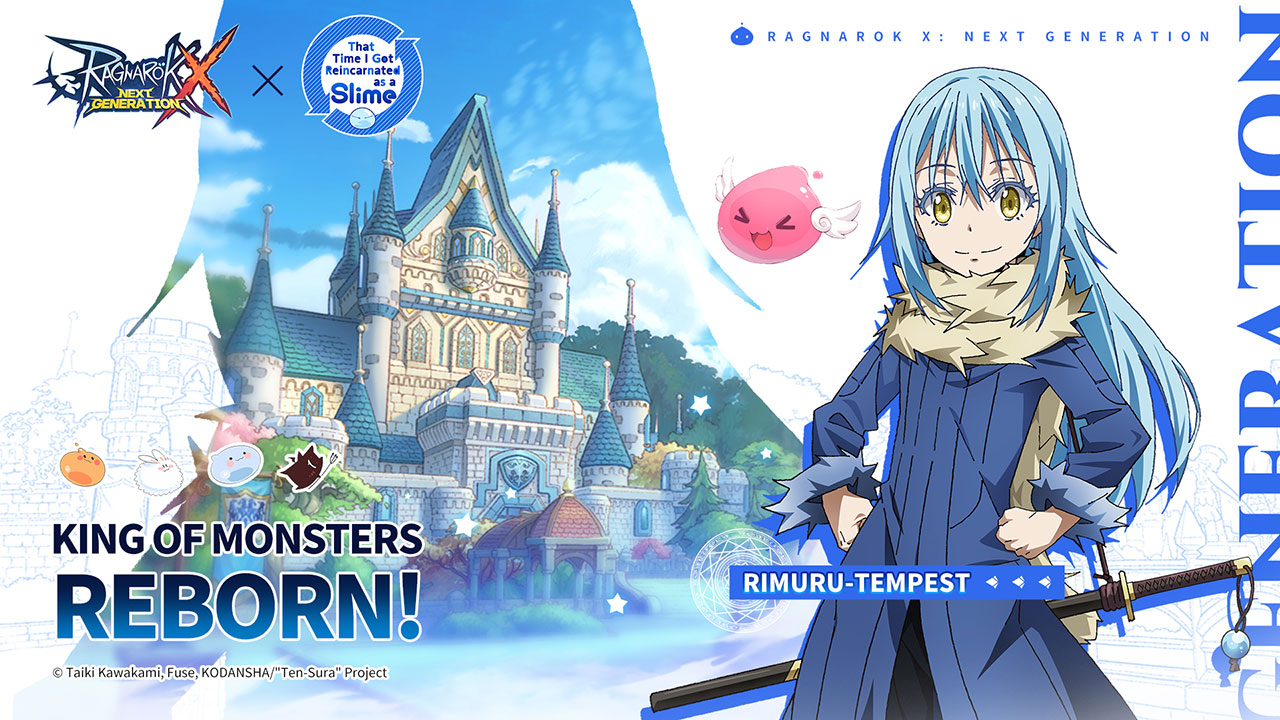 As for this latest collaboration with That Time I Got Reincarnated as a Slime, the event will add new quests, outfits, MVPs, mini-bosses, and more for players to enjoy from September 10 to October 10, 2021. Players will be able to face the new MVP boss “Storm Dragon” and the “Orc Disaster” mini boss in a new event quest. Players will get a chance to earn cards from the two bosses and coins that can be redeemed for prizes during the event. 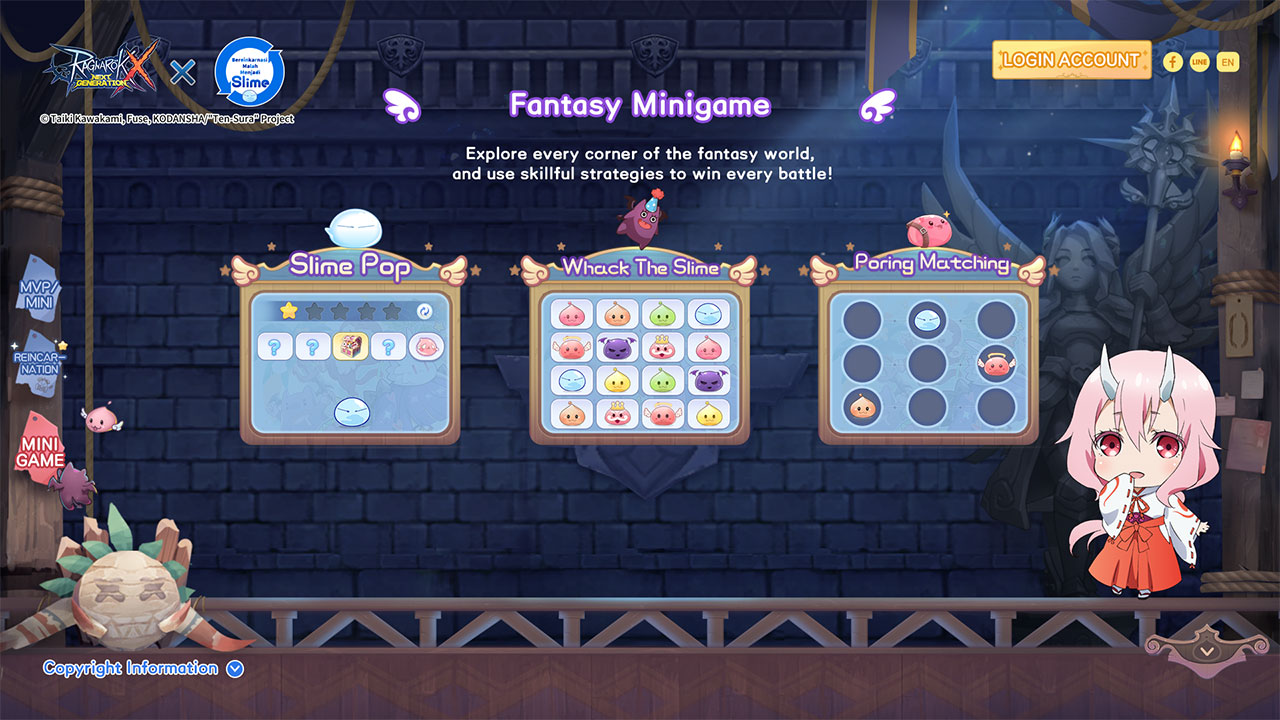 There’s also the “Slime Fantasy World” event, which is a Monopoly-like board game wherein players will be able to win headgear and costumes based on the anime/manga’s characters. Completing daily quests and event quests will allow players to earn “dice” that can be used to participate in the “Slime Fantasy World” event. The board game will also feature three mini-games that players can enjoy and accumulate points from that can be exchanged for prizes.

The Ragnarok X: Next Generation x That Time I Got Reincarnated as a Slime collaboration event will run from September 10 to October 10, 2021.