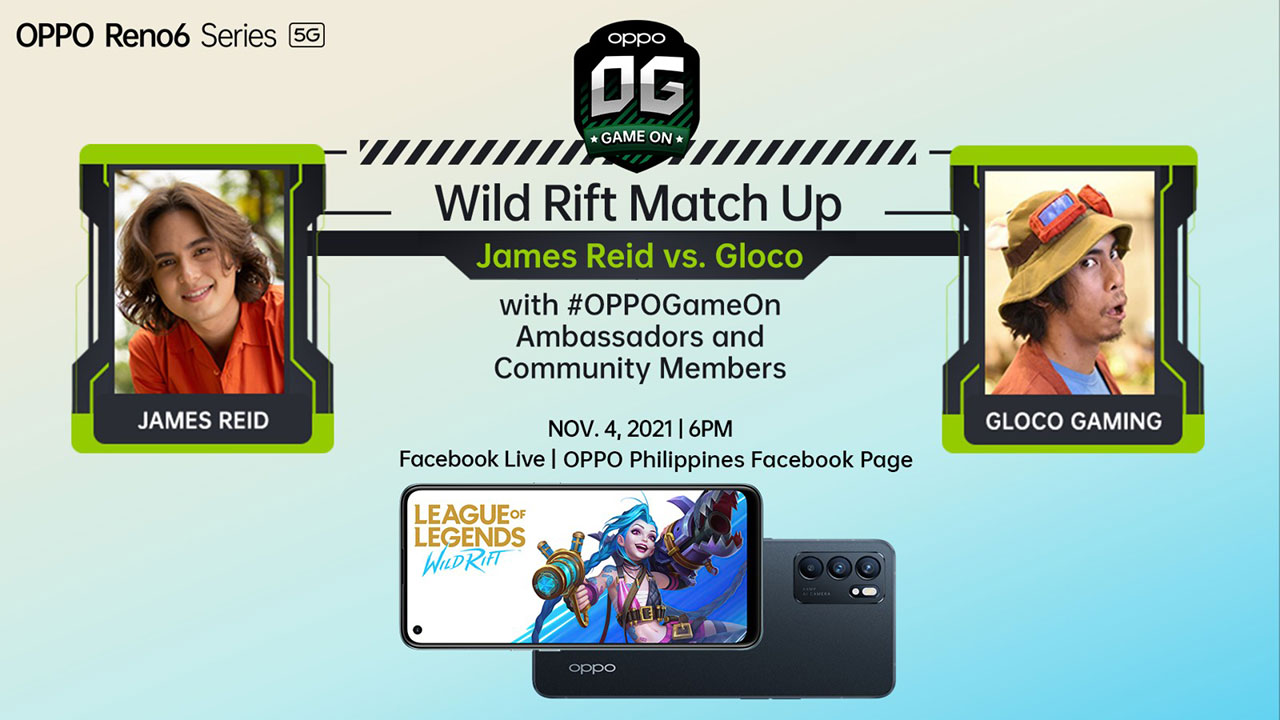 OPPO has announced that its hosting a Wild Rift show match this Thursday, November 4, 2021, featuring two of its ambassadors, multihyphenate James Reid and gaming livestreamer and content creator Gloco Gaming.

The two personalities will be joined by four lucky #OPPOGameOn Members as well as four other personalities, pro-players, and content creators including Kang Dupet, Mirmooo, Newspade, and Jillian Santos. The participants of Team James and Team Gloco will be playing their Wild Rift match up with OPPO’s latest Reno6 Z 5G smartphone.

The James Reid and Gloco Gaming Wild Rift Match Up will be held on Thursday, November 4, 2021, at 6:00 PM on the official OPPO Facebook page. One lucky viewer will also be given the opportunity to win their own OPPO Reno6 z 5G smartphone.