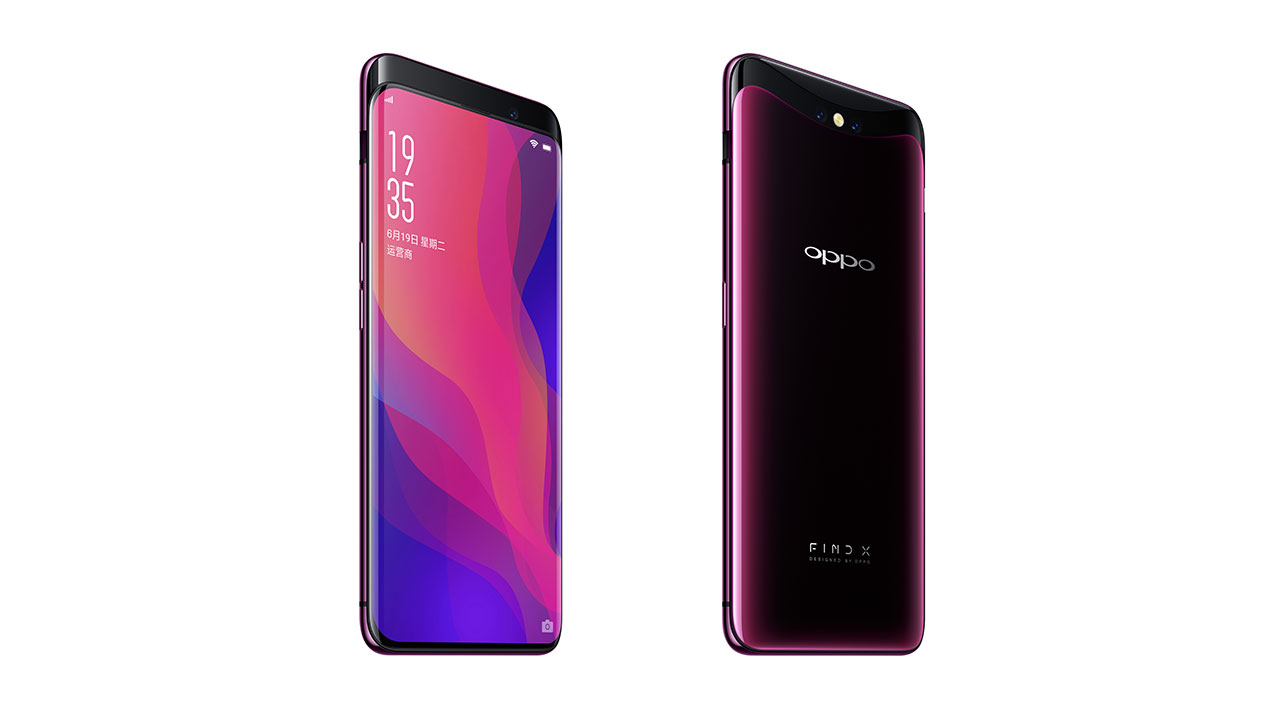 OPPO Find X Announced, the Most Ambitious Smartphone to Date

The OPPO Find X smartphone has been officially announced and the new device is the most ambitious smartphone from the company yet, with a design that truly sets it apart from the competition and making it one of the most interesting flagships today.

In an era where notches have become the standard compromise for companies wanting to make an all-screen smartphone, OPPO has gone against the grain and created a notch-less true all-screen smartphone. Taking the place of the notch is an incredibly ambitious mechanical design. The top side of the Find X can slide up and down to reveal the device’s rear cameras, LED flash, front-facing camera, and an array of sensors on both sides. According to OPPO, the mechanism uses coaxial line sliding, a vortex structure, and a silent motor. The mechanism is able to completely extend or retract in only 0.6 seconds and is said to have an estimated service life of 300,000 retractions.

The Find X’s array of cameras include a 25-megapixel front-facing camera and a dual rear camera system that’s composed of a 16-megapixel main sensor and a 20-megapixel secondary sensor. The Find X’s front-facing camera is supported by a bevy of components including a flood illuminator, an infrared camera, a proximity sensor, a dot projector, a receiver, and an RGB camera. the rear camera of the device is capable of slow motion capture at [email protected] and [email protected]

Because of the Find X’s sliding mechanism, OPPO was able to equip it with a 6.42-inch OLED arc display with no notch and barely any bezel, giving it a screen-to-body ratio of up to 93.8%. The screen also has a display resolution of 2380 x 1080 pixels and an aspect ratio of 19.5:9. Both the entire front and rear of the Find X is covered in glass based on Corning’s Gorilla Glass 5, which means the Find X has also done away with a fingerprint sensor. In place of the fingerprint sensor is the companies O-Face Recognition, which the company says has a lower false acceptance rate than a fingerprint sensor.

The Find X is powered by a Qualcomm Snapdragon 845 processor coupled with an Adreno 630 graphics chip, 8GB of DDR RAM, 256GB of internal storage, and a 3730mAh battery. Other features of the Find X include 802.11ac Wi-Fi, Bluetooth 5.0, and VOOC charging. It’s also equipped with a Type-C connector and a dual nano-SIM tray.

The OPPO Find X is expected to launch in the Philippines in a few months for a yet to be announced price.