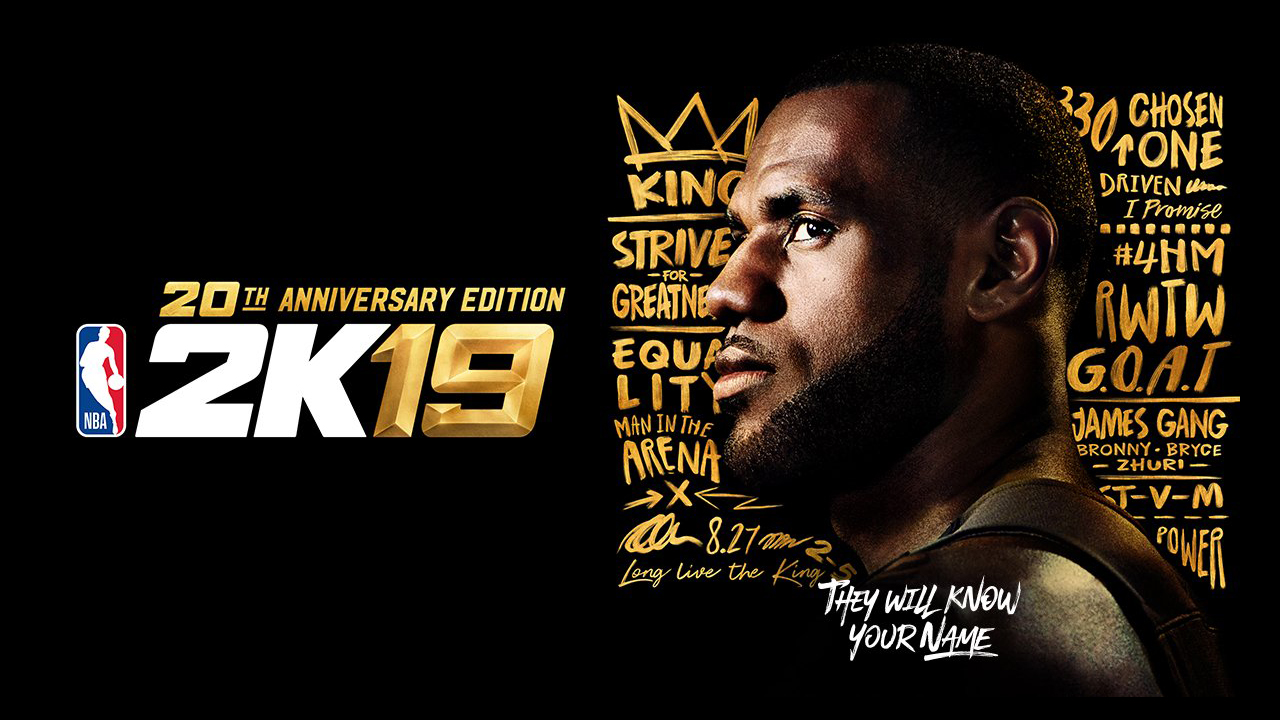 “It’s humbling to be on the 20th anniversary cover of a game I’ve played and loved since I was a little kid. We were able to do something really unique for the cover that represents everything that drives me and inspires me – from my family to where I come from and words I live by. I’m honored my journey can be part of this special time in 2K history and I’m excited for fans to see it.”

The cover of the 20th Anniversary Edition features Lebron’s profile alongside an artistic composition of words and phrases chosen by James himself. Some examples include, “Strive for Greatness,” “Chosen One,” and “Equality.”

Those who purchase the digital version of the NBA 2K19 20th Anniversary Edition will get exclusive James themed digital content while those purchase the physical version will also get exclusive physical items. Additional digital content will also be included in both version of the 20th Anniversary Edition. We’ve listed them all below:

The standard edition of NBA 2K19 will be available on September 11, 2018, for the PS4, Xbox One, and PC in both physical and digital versions while the Nintendo Switch release will only be available digitally.