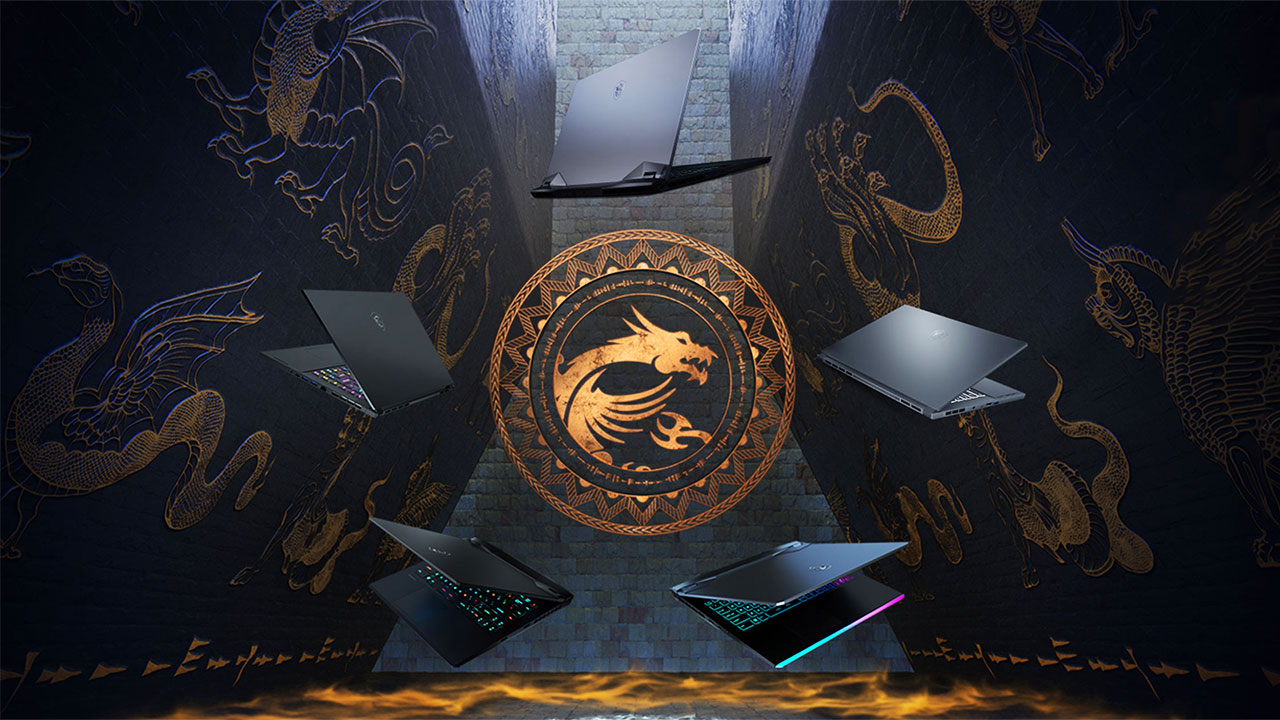 “MSI Philippines is excited to unveil these new additions to our gaming catalogue. This series is set to bring users a whole new powerful experience with first-in-the market specs that not only changes the way you play, but will also propel the gaming industry in the Philippines forward,” according to Rhyan Sy, MSI Philippines’ Product Manager. 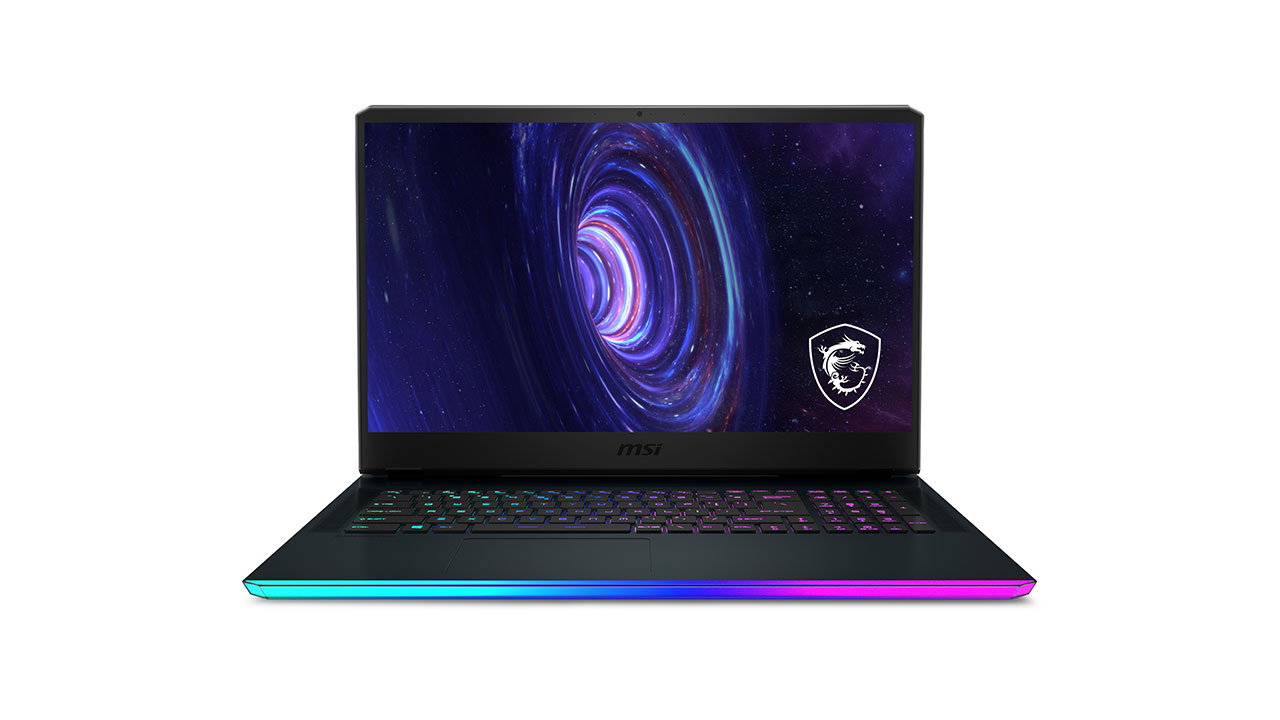 Leading the pack are the new GE66 and GE76 Raider, the latter of which is a brand-new model equipped with a 17-inch display. The new laptops feature the company’s Mystic Light RGB lighting at the front of the chassis as well as for its SteelSeries keyboard. They’re also equipped with MSI’s Cooler Boost 5 cooling solution, which consists of 6 heat pipes and 2 fans. Both the GE66 and GE76 Raider will be available in two models that are powered by an Intel Core i7-10870H processor and come with 2TB of NVMe PCIE Gen3x4 SSD storage. The more powerful variant of each model will be equipped with a 300Hz Full HD (1920 x 1080) display, NVIDIA GeForce RTX 3080 laptop GPU, and 32GB of 3200MHz DDR4 RAM while the more affordable one will include a 240Hz Full HD (1920 x 1080) screen, a Geforce RTX 3070 laptop GPU, and 16GB of 3200MHz DDR4 RAM. 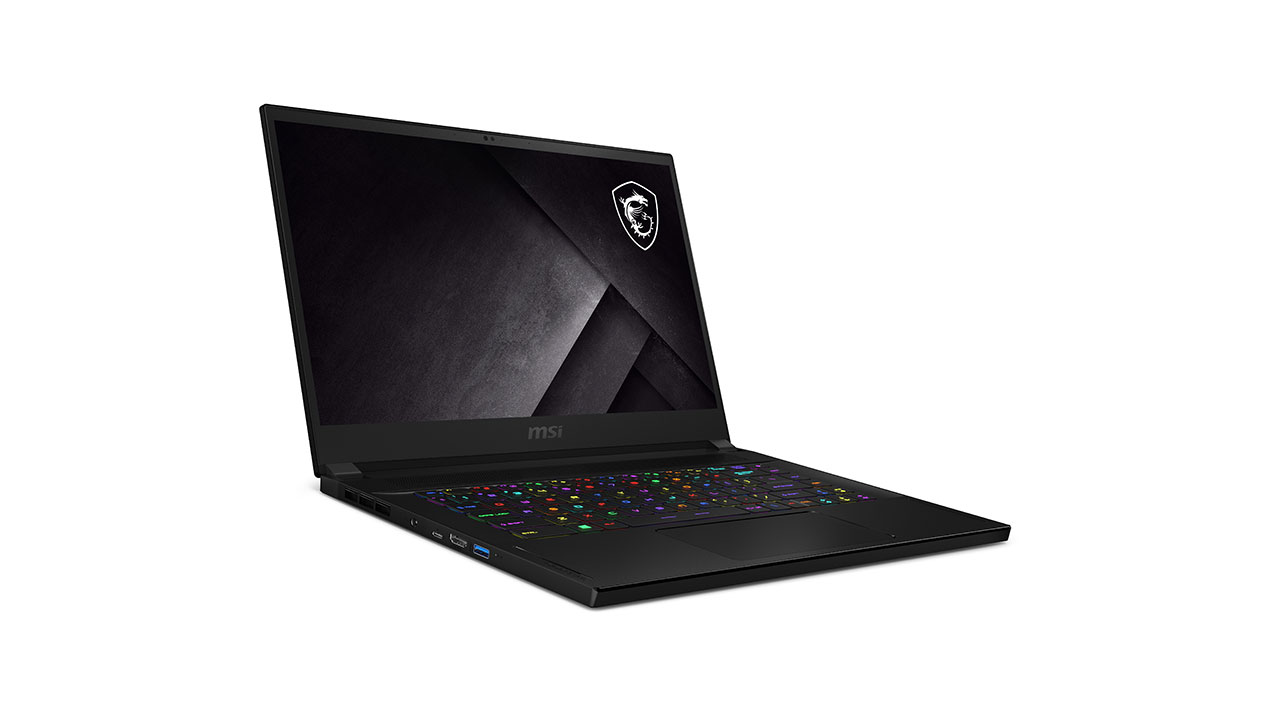 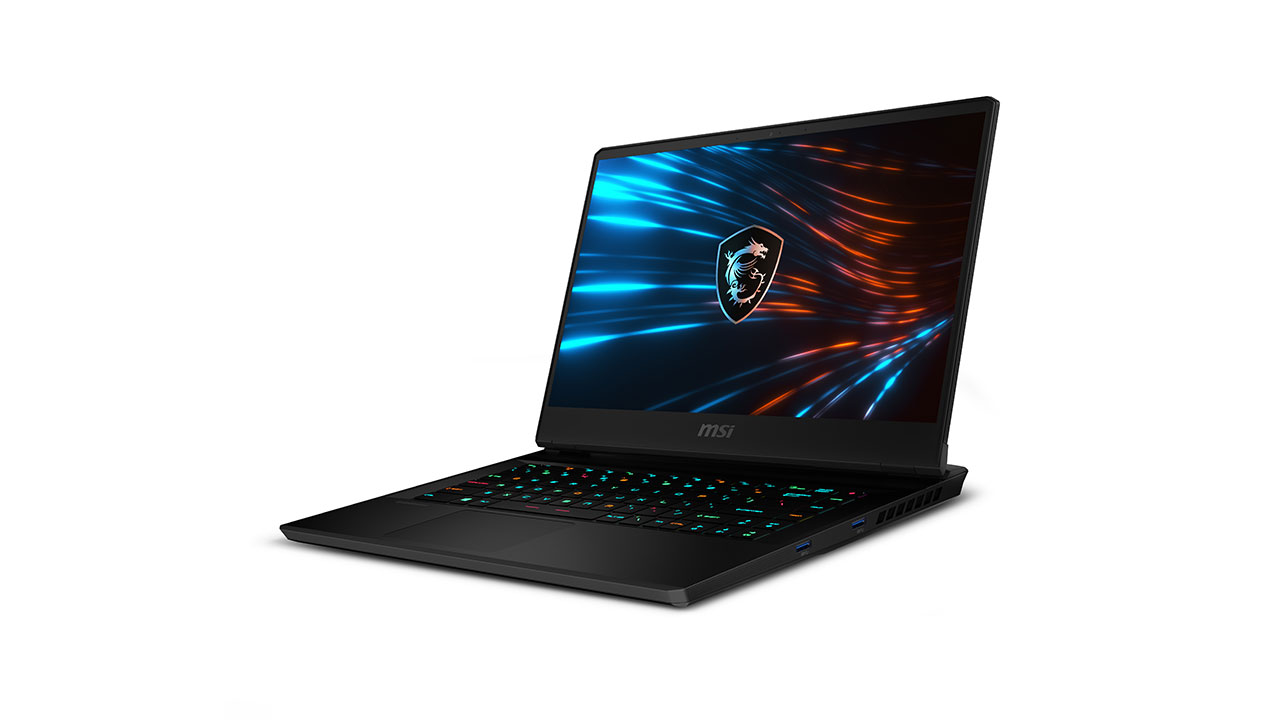 The new GP66 and GP76 Leopard are for those looking for a more straightforward gaming laptop that’s still affordable. Both of the new laptops are powered by an Intel Core i7-10870H, an NVIDIA GeForce RTX 3060 laptop GPU, 16GB of 3200MHz DDR4 RAM, and 1TB of NVMe PCIe Gen3x4 SSD storage. They also feature a 144Hz Full HD (1920 x 1080) IPS display and a SteelSeries keyboard with per-key RGB lighting. 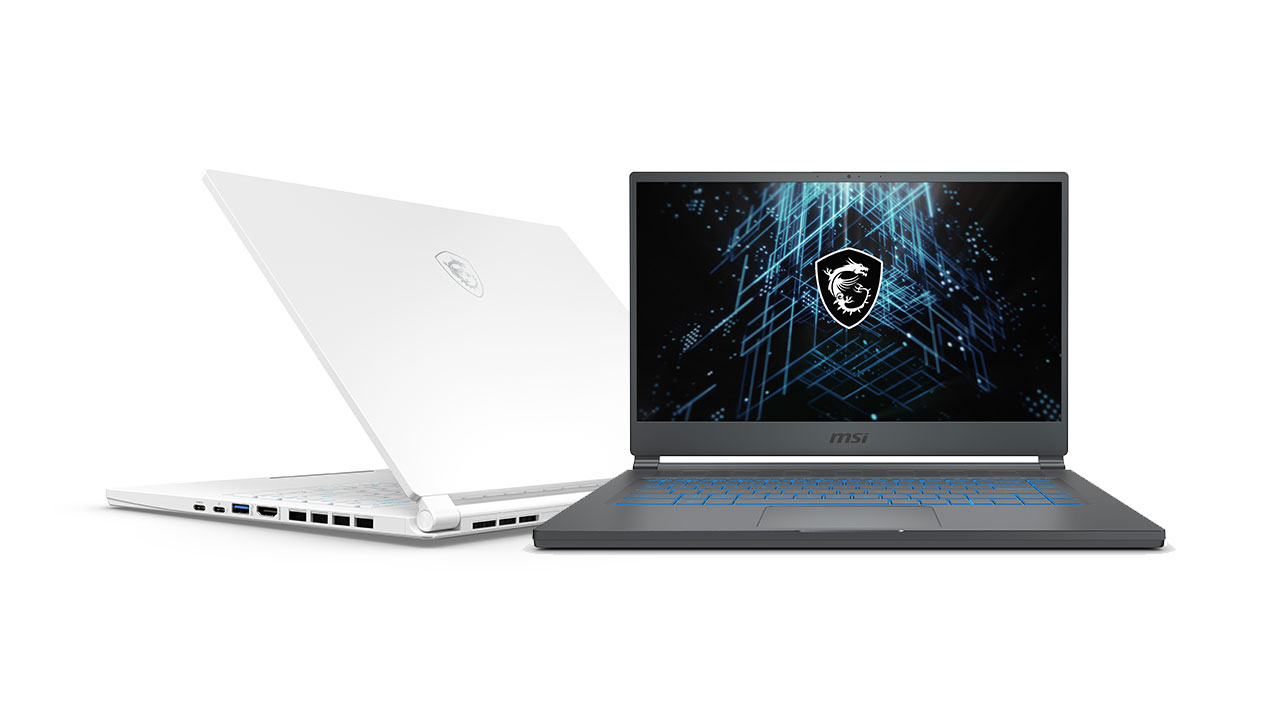 Those who preorder any of the new MSI gaming laptops from February 15-28, 2021, will also get an Air Gaming Backpack as well as one of two pre-order bundles, which include MSI gaming peripherals and accessories as well as other bonuses. More information on the new gaming laptops and the preorder promotion can be found on the official website. 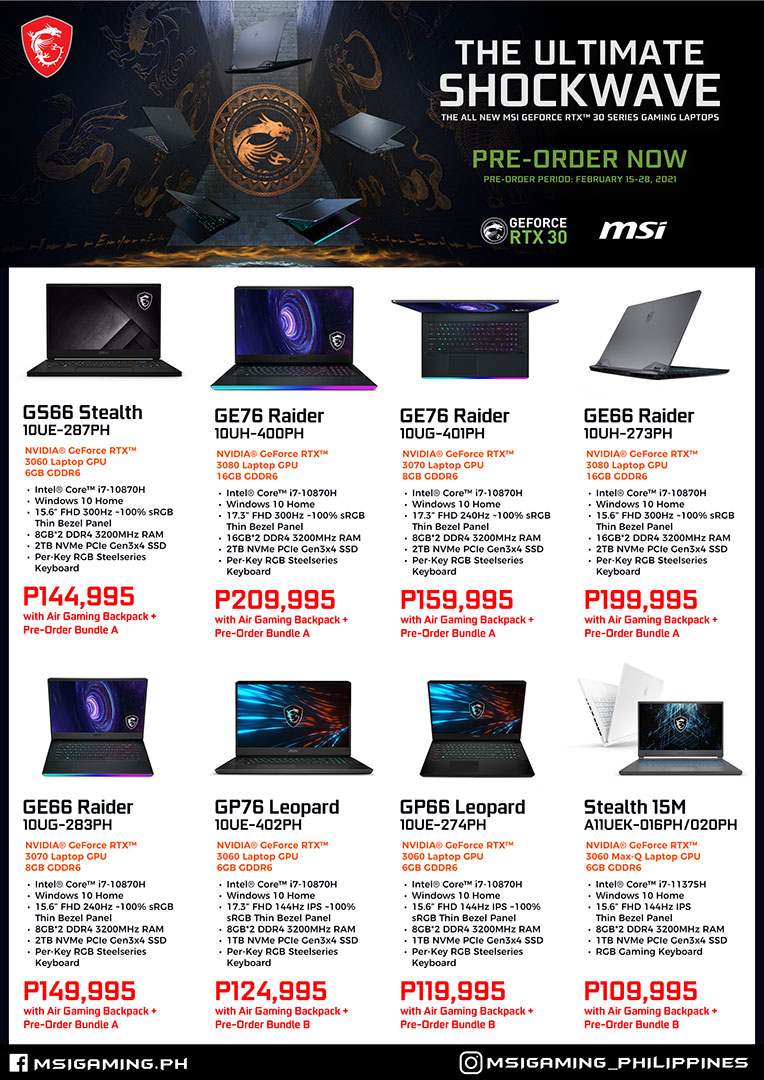