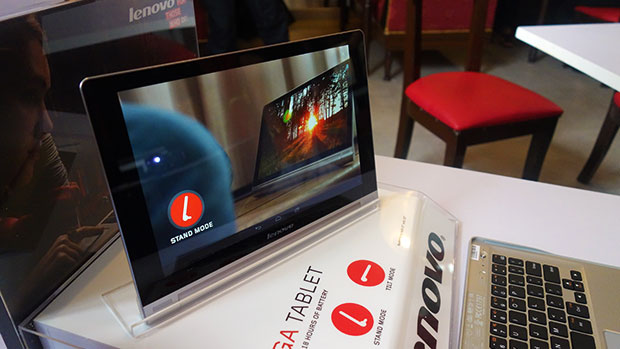 Lenovo has officially launched the uniquely-shaped Yoga Tablet into the Philippine market. Designed in collaboration with Lenovo’s newest Product Engineer, actor/celebrity Ashton Kutcher, the Lenovo Yoga Tablet’s unique form factor enables it to be used in three different modes – hold, tilt, and stand. The design also allows Lenovo to pack a larger battery into the Yoga Tablet giving it an estimated battery life of up to 18 hours.

The Yoga Tablet features a unique cylindrical battery pack at its base/side that also doubles as a kickstand which enables it to achieve its different modes – the cylindrical handle adds extra grip when holding up the tablet, rotating the cylinder brings out the kickstand so the tablet can be placed upright on any flat surface, and the cylinder gives the tablet a slight tilt when set down on it’s back to give users a better angle to type with. 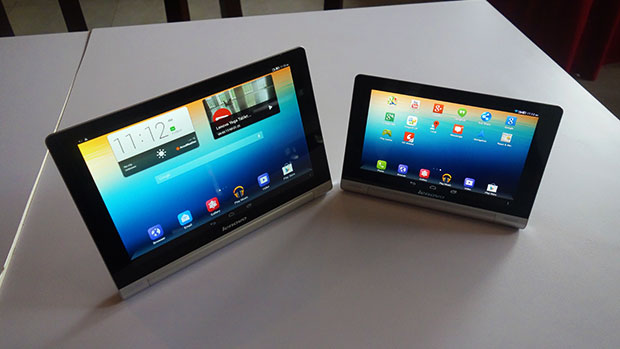 The Yoga Tablet is available in 8-inch and 10-inch models both running Android’s 4.2 JellyBean OS and powered by a MT8389 1.2GHz Quad-core processor and 1GB of LP-DDR2 memory. The aforementioned 18-hour estimated battery life is achieved with the Yoga Tablet’s large capacity Lithium-Ion batteries – 6000mAh for the 8-inch and 9000mAh for the 10-inch model. The 8-inch model features an 8-inch 1280×800 pixel HD display and the 10-inch model has a 10.1-inch display with the same resolution. Both have an estimated maximum viewing angle of 178-degrees. Both models feature a 5-megapixel rear camera as well as a 1.6-megapixel front-facing camera. They are both capable of WiFi, 3G, and Bluetooth 4.0 connectivity although the 8-inch model is also capable of phone functionality (calls & sms/mms). 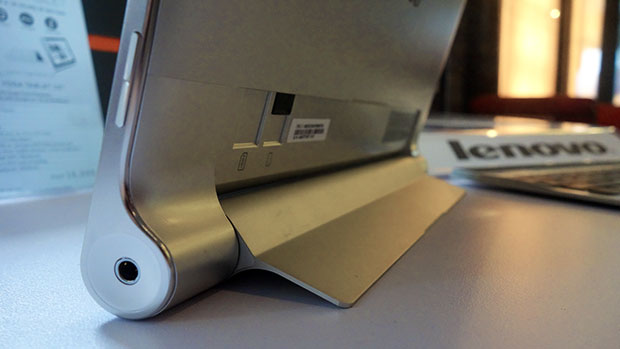 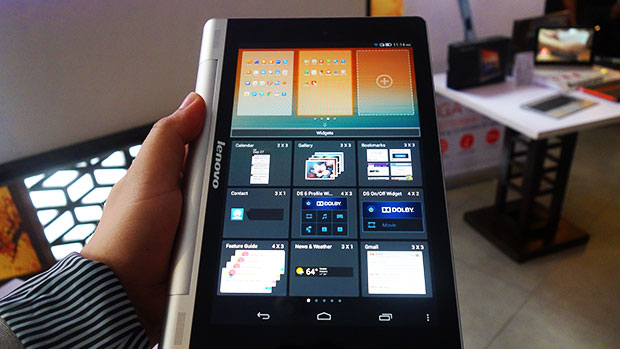 “Lenovo is once more swimming against the current to deliver a new way for consumers to enjoy their digital content. In a market defined by similar designs, Lenovo’s Yoga Tablet stands out by standing up and tilting to fit into users’ preferences – whether for reading documents, browsing e-mails, or watching movies.” said Michael Ngan, Country General Manager of Lenovo Philppines.