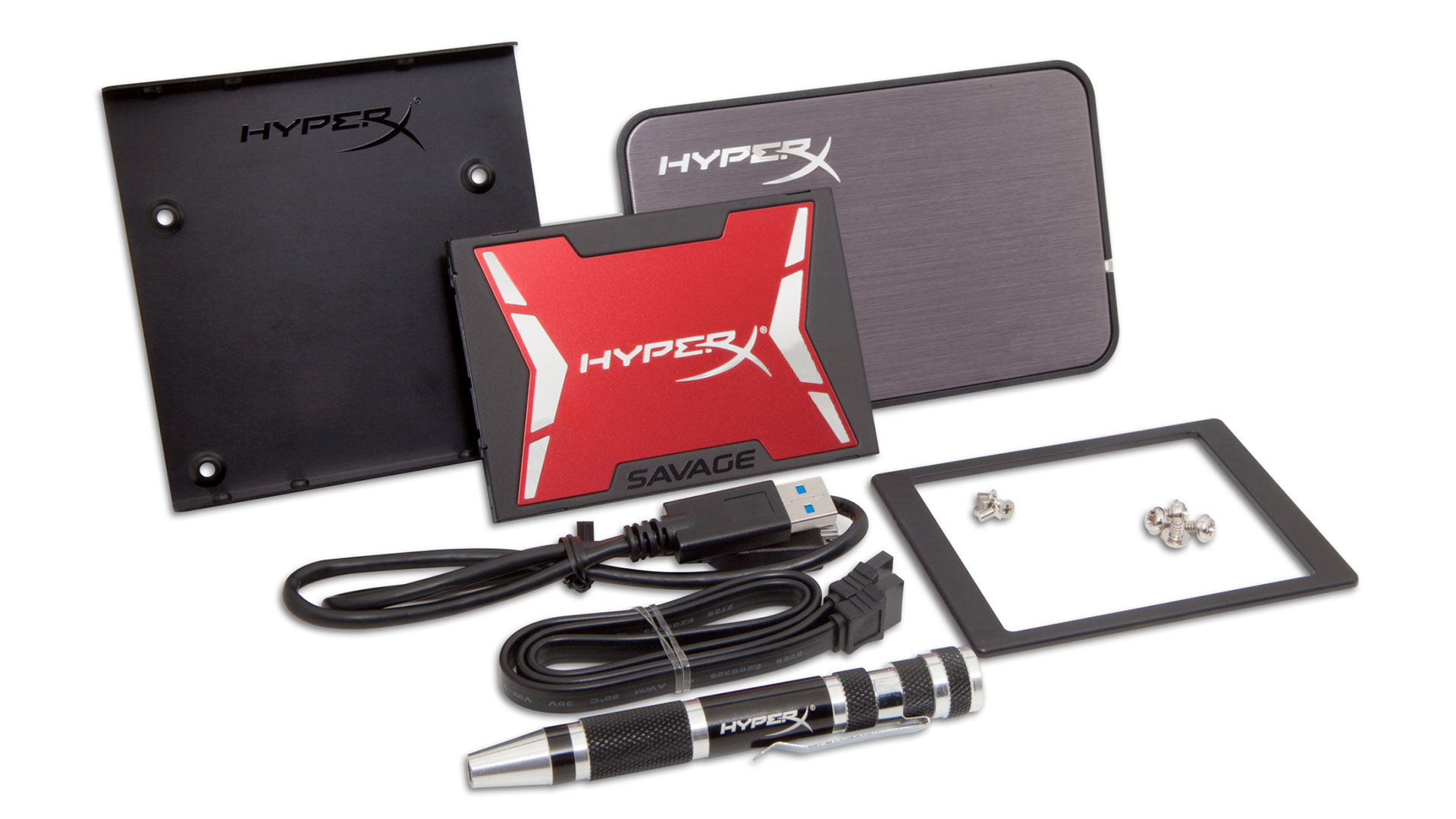 Kingston has been refreshing their HyperX line of gaming products for the last couple of years, releasing new Fury entry-level and Savage enthusiast-level components to replace their older 3K, blu, and other series components. In keeping with that, HyperX has officially launched their new Savage line of performance SSDs.

“We are proud to introduce the HyperX Savage as our latest and fastest SATA-based SSD,” said Nathan Su, Flash Memory Sales Director, APAC Region, Kingston. “The HyperX 3K drive has been a core part of our SSD offerings since 2012, and now with Savage, we are unleashing even higher performance and capacities to satisfy the most demanding consumers, enthusiasts and gamers.”

The new Savage line of SSDs feature a low profile red and black aluminum case with HyperX’s signature design style. They’re powered by a quad-core, eight-channel Phison S10 controller as well as SATA Rev. 3 (6Gb/s) technology to bring sequential read/write speeds of up to 560MB/s read and  530MB/s write along with and IOPS of up to 100,000 read and 89,000 write.

HyperX Savage SSDs are available in 120GB, 240GB, 480GB and 960GB capacities and can be purchased either as a stand-alone SSD or with an upgrade bundle kit that includes a 2.5” USB 3.0 enclosure, 3.5” bracket and mounting screws, a SATA data cable, hard drive cloning software, a multi-bit screwdriver, and a 7mm to 9.5mm adapter. The new SSDs should start showing up at your favorite PC component retailers in the next few of months.